A world-renowned mosaic artist has gifted a special piece of her work to Exeter.

Elaine M Goodwin says donating her creation is a sign of her gratitude to the city for ‘sheltering and supporting’ her for four decades.

She spent 40 years living, working and studying in Exeter.

The triptych, named ‘À la Recherche du Temps Perdu – Exeter’, which translates to  ‘Remembrance of Things Past – Exeter’, was given to Devon County Council (DCC).

It will be permanently located at Exeter Library, where it was unveiled last week.

The location was chosen so that the artwork can be enjoyed by the public – with the library attracting more than 1,500 visitors every day.

Elaine, who studied at Exeter College of Art in the 1970s and stayed in the city until 2016 before moving to Burgundy in France, said: “The work donated reflects aspects of Exeter which were continually inspiring to me…silvery mists; light-filled clouds; light reflecting rainy days and nights and a soft ambience unique to south-western England.

“It is a gift given with warmest gratitude for sheltering and supporting me in my work for over 40 years.” 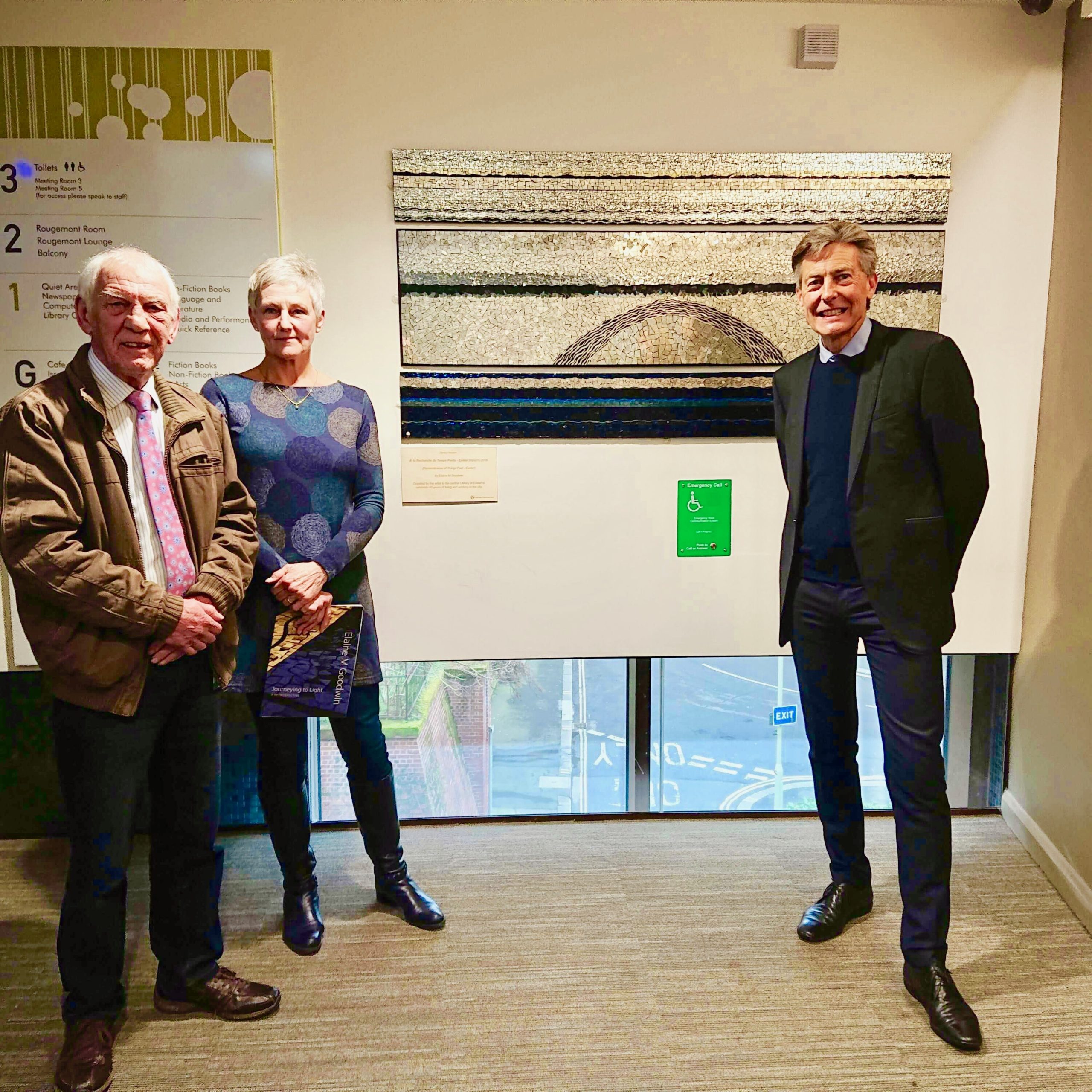 Cllr Roger Roger Croad, DCC cabinet member for communities, thanked Elaine for her kind donation and said: “We are proud to celebrate the work of an artist who was inspired by the county and who spent so much time working and studying in Exeter.”

Exeter MP Ben Bradshaw added: “Elaine’s work will be well-known to Exonians, as there are examples of it all over our city.

“After decades living and working here, Elaine has moved on to pastures new, but, typical of her generosity, has donated this work to the city she loves and spent most of her working life in.

“It’s particularly nice to be celebrating a new public art work, a rarity these days after years of cuts and austerity.”

Elaine has exhibited extensively, written several works on art and design, and was founder president of the British Association of Modern Mosaics (BAMM).

Dogs and cat rescued from property fire in Exeter