Thursday, January 21
Trending
You are at:Home»News»More misery for Pinhoe residents as ‘ludicrous’ road closure is extended until March

Pinhoe residents are facing more months of misery after it was confirmed a ‘ludicrous’ road closure will now last until March.

Church Hill has been shut since October as part of a bid to build 120 homes in the area.

It has seen many motorists flouting the official diversion route and using nearby Park Lane as a rat-run instead.

A developer is creating an access road to the housing scheme and South West Water works have also taken place.

That closure had initially been set to last for three months, but has now been extended until March – much to the ire of local residents and councillors.

The matter was raised as an urgent item at an Exeter Highways and Traffic Orders Committee this week.

Members ordered highways officers to try and come up with a solution that would at least make the route safe for pedestrians.

A long diversion is signposted, but Councillor Hilary Ackland said that was being ignored by drivers who were instead using the narrow Park Lane.

She added: “The diversion route is being ignored by cars and lorries and I have never had so many emails about this, but absolutely nothing has happened to alleviate the concern and upset of the residents.

“This road is now closed until March and it may be later than that.

“There will more than likely be more developments like this going on, and this has not been helpful to the residents, so I hope we’ll sort this out.” 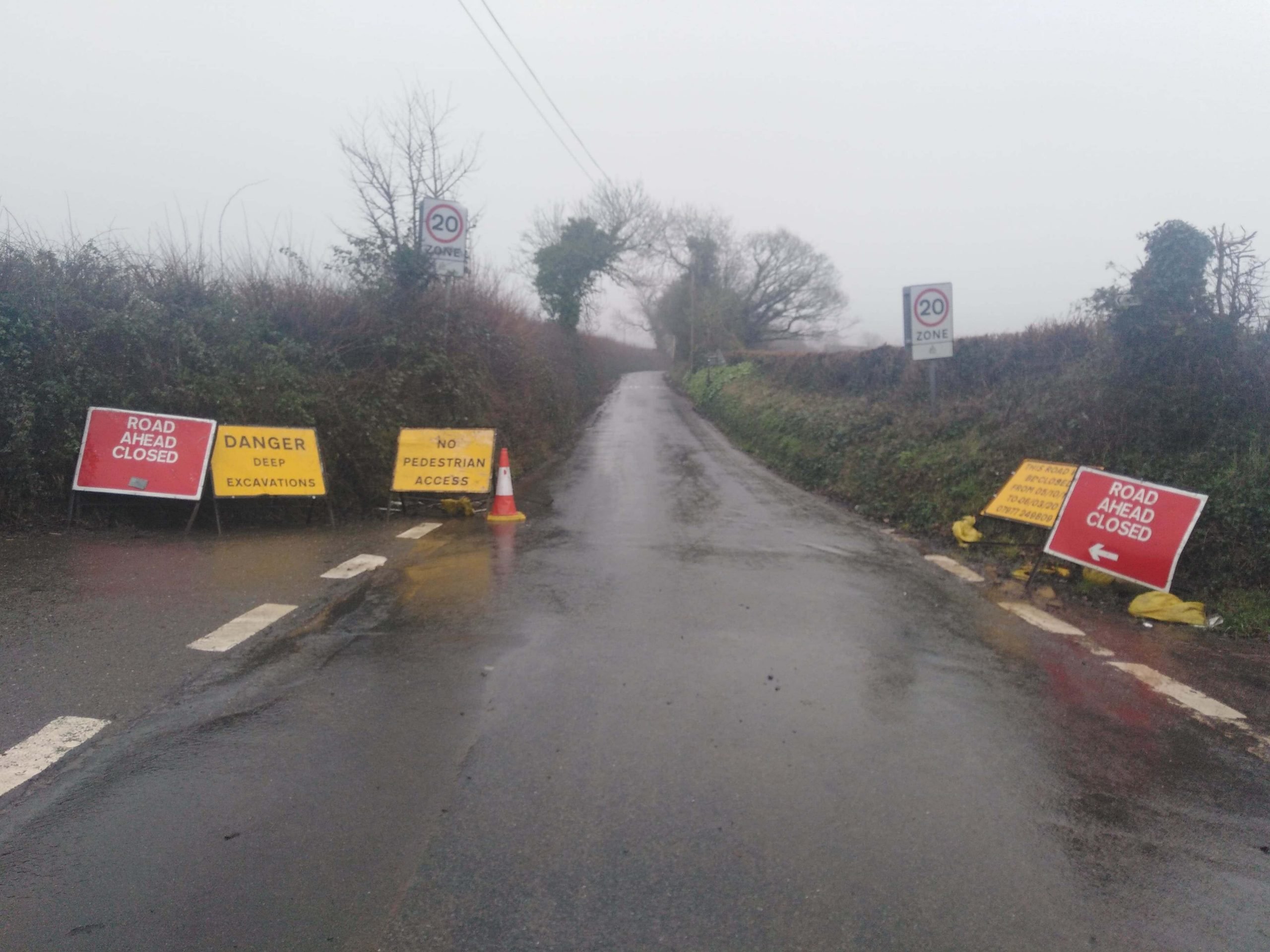 Cllr David Harvey added that the situation for the residents was ‘simply intolerable’.

He added that it took a huge amount of effort over the Christmas period – when no work was taking place – to even open up a route so elderly residents could walk down the lane to go to the church.

“There are alternatives and there has been a total lack of understanding to the difficulties caused to residents who require access up and down the road.

“The residents’ needs and wants must be taken into account.”

Tony Matthews, neighbourhood highway group manager, said that there is a signed diversion, but, as is often the case, locals – who are aware of a lower-standard and quicker route – use it.

He added: “We could look at an access-only order, but this is unlikely to be of any use as drivers are already ignoring the diversion routes and will continue to use it.

“We could close Park Lane, but that would inconvenience the residents who live on it.

“There may be something we can do to make it safe for pedestrians and we will have a site meeting to see if there is anything we can do.”

Mr Matthews explained that the road closure was initially down to South West Water relaying a mains pipe.

The developer has also required a road closed to create the access to its site as the width of Church Hill means this could not have happened had it remained open.

Mr Matthews added that the council would expect the developer to fund any measures to remedy the issues in Pinhoe.

Officers and ward councillors will have a meeting on-site in the coming days to establish if there is anything that can be put in place.

Dogs and cat rescued from property fire in Exeter