Six million murdered Jews and other genocide victims were honoured in East Devon with a tree planting and flag raising ceremony on Holocaust Memorial Day.

The district council held the poignant event at its Honiton HQ yesterday (Monday, January 27) to mark the 75th anniversary of the liberation of the Auschwitz-Birkenau death camp.

By us all being here, we are showing that our community rejects hate in all forms…

Among those present were Richard Halsey, president of Exeter Synagogue, and Councillor Paul Jarvis, who lost family members in the Nazi-orchestrated horrors.

A silver birch tree was planted in front of Blackdown House as Mr Halsey recited the Kaddish Prayer, with a special flag also raised to mark the occasion.

East Devon District Council (EDDC) chairman Stuart Hughes and Cllr Jarvis both spoke movingly about the importance of the event. 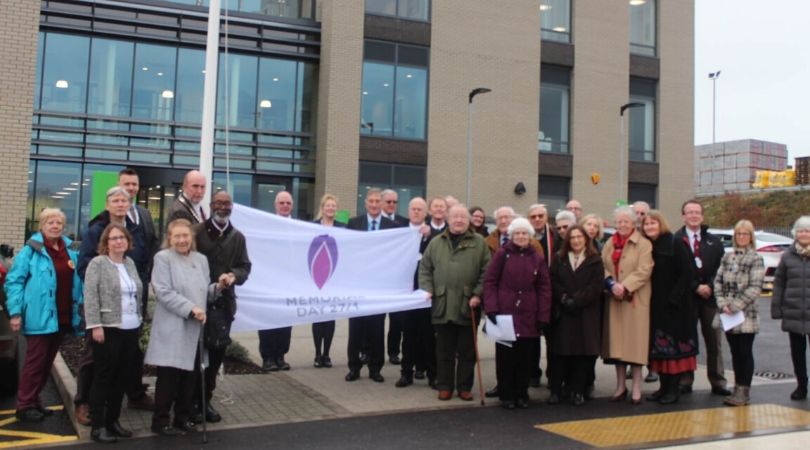 A Holocaust Memorial Day flag was raised at EDDC’s HQ in Honiton.

Cllr Hughes said: “Stand together is this year’s theme for Holocaust Memorial Day and, by us all being here, we are showing that our community rejects hate in all forms.

Holocaust Memorial Day remembers the millions murdered under Nazi persecution and in subsequent genocides in Cambodia, Rwanda, Bosnia and Darfur.

Mr Halsey added: “It’s important we remember what has happened in the past.

“It’s why, as a country and a people, we have to realise that it can never be allowed to happen again.