Friday, August 19
Trending
You are at:Home»News»Sidmouth»Support for Sidmouth flood prevention scheme – which doubles as a public amphitheatre – despite ‘adverse affect’ on parkland

A scheme to protect 154 Sidmouth properties from flooding – which doubles as a public amphitheatre – has moved a step closer to becoming a reality.

The bid at Knowle has been backed by district planning chiefs – despite them saying it will ‘adversely affect’ the parkland and result in the loss of mature trees.

But the authority says it does not object to the project as the need to safeguard 86 homes and 68 other properties ‘offsets’ any other concerns. 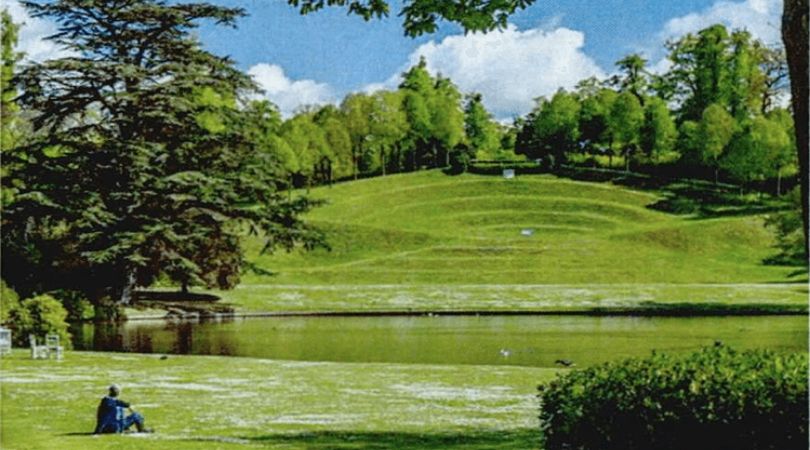 An artist’s impression of the flood prevention scheme at Knowle in Sidmouth. Image: Devon County Council

The proposal would change the character of the site, adversely affecting its historic parkland character and would result in the loss of mature trees…

Devon County Council (DCC) has submitted proposals for the site, off Station Road, which include:

Sidmouth has been identified as a priority for flood alleviation works alongside Feniton and Ottery St Mary in a Surface Water Management Plan for Devon.

Analysis has shown that, if no measures are put in place, 86 residential and 68 non-residential properties in the Regency town are at ‘very significant’ risk of flooding.

DCC’s plans state: “The assessment found that there are a number of flood flowpaths into Sidmouth along which surface water flooding may occur, but the key issue is that, in an extreme rainfall event, flows from around the urban area of Sidmouth are likely to converge on the town centre and pond as there is no onward overland flow route.

“This point was emphasised in 2014 when 18 properties in the town were flooded from surface run-off during a minor incident.

“In addition, with the exception of isolated areas of surface water drainage discharging directly to the sea, the majority of Sidmouth is served by a combined sewer network, and exceedance of the capacity of the combined sewers could lead to contaminated water flooding land and property.” 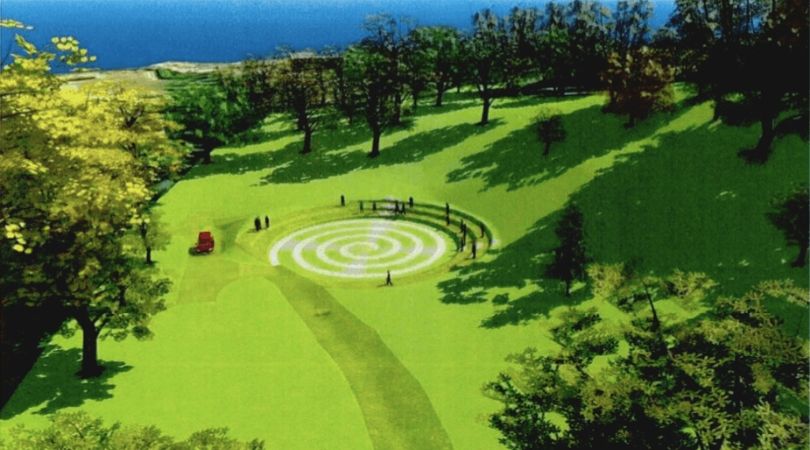 An artist’s impression of the flood prevention scheme at Knowle in Sidmouth. Image: Devon County Council

East Devon District Council (EDDC) has ruled it has no objections to the project.

Backing the scheme under delegated powers, an EDDC officer said: “The proposal would change the character of the site, adversely affecting its historic parkland character and would result in the loss of mature trees.

“These impacts are likely to be offset by flood management benefits arising from the development, but it is unclear from the submitted information what these benefits would be having regard to the risks identified.

“Notwithstanding this uncertainty, the proposal is supported subject to Devon County Council being satisfied that there would be sufficient benefits to offset the harm.”

The support is subject to conditions that Devon Gardens Trust is consulted, details of new gates are secured, trees are retained and appropriate planting takes place for those that are felled.

The authority’s conservation team ruled:  “The scheme will have minimal impact on the designated heritage assets and will not affect our ability to understand, experience or appreciate their cultural heritage value.

“However, there is some concern relating to the parkland itself, which is a non-designated heritage asset.”

DCC will decide the fate of its own application.