Police have stepped up an appeal for witnesses to a crash where a cyclist was left was life-threatening injuries at Colyton.

Devon and Cornwall Police said a cyclist in his 60s sustained life-threatening injuries and remains in hospital after the crash on New Sidmouth Road on Thursday, January 16.

Officers want to hear from witnesses to the crash who may have left the scene before police arrived.

At around 10.20am, a red Suzuki Jimny was involved in a collision with a black Ford fiesta and a pedal cyclist travelling in the opposite direction, said police.

A Devon and Cornwall Police spokesperson said: “The cyclist, a man in his 60s, sustained serious life-threatening injuries and was taken to hospital where he currently remains.

“The air ambulance, ambulance crews, the fire service and police were all in attendance and the cyclist had to be rescued from a culvert beside the road.”

“Officers are appealing for any witnesses that may have seen the collision but had left prior to police arrival.” 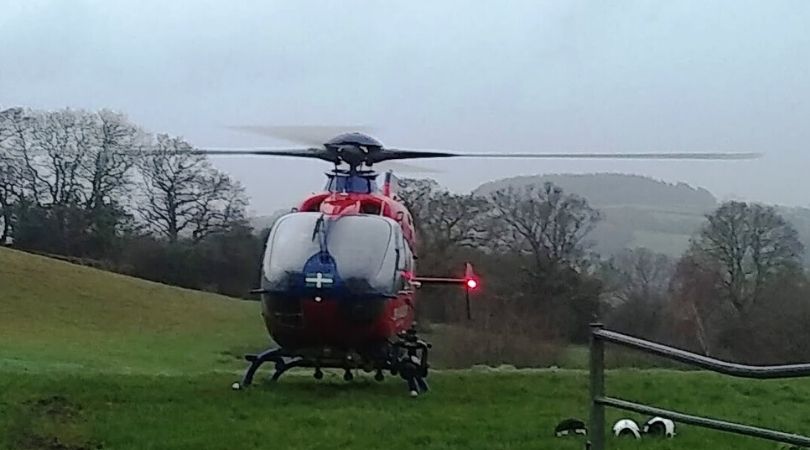 The air ambulance at the scene.
Photo: Colyton Fire Station.

Firefighters from Colyton and Seaton helped paramedics move the casualty from a ditch by the roadside.

The fire service said the casualty was taken to hospital by air ambulance with leg, back and neck injuries.