Firefighters from across East Devon spent the night tackling a huge barn blaze in Seaton – with a number of cows saved from the inferno.

Reports of the straw- and hay-filled agricultural building – measuring 30m by 20m – was engulfed in flames and smoke first came in at around 10.20pm last night (Friday, January 17).

One man has been treated by paramedics for smoke inhalation, said the fire service. 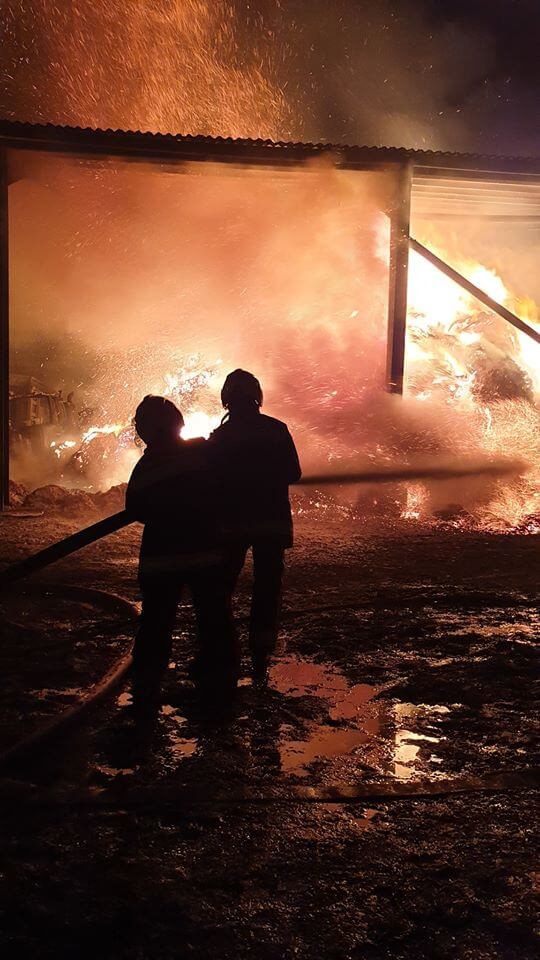 Crews from Seaton and Colyton were first on the scene.

Firefighters from Crediton, Bovey Tracey, Danes Castle, Bridport, Totnes and Ilminster also attended during the night to battle the blaze. 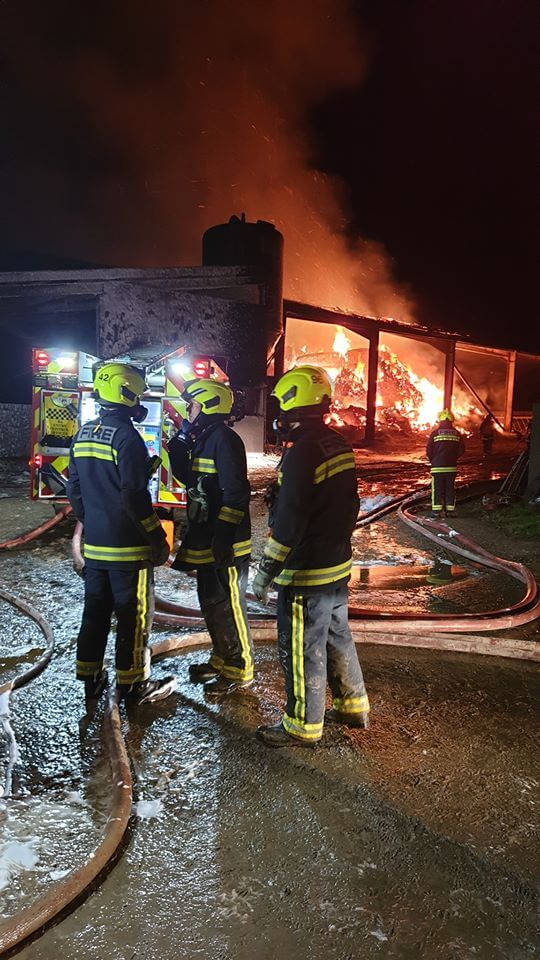 A number of calves were rescued from the barn – with a vet attending the scene to treat the animals.

‘Low-hazard’ asbestos was also found at the scene and the Environment Agency and Public Health England have been informed of the incident, said Devon and Somerset Fire and Rescue Service.

The incident was ‘scaled back’ at 3am with the barn ‘allowed to burn out under supervision’. 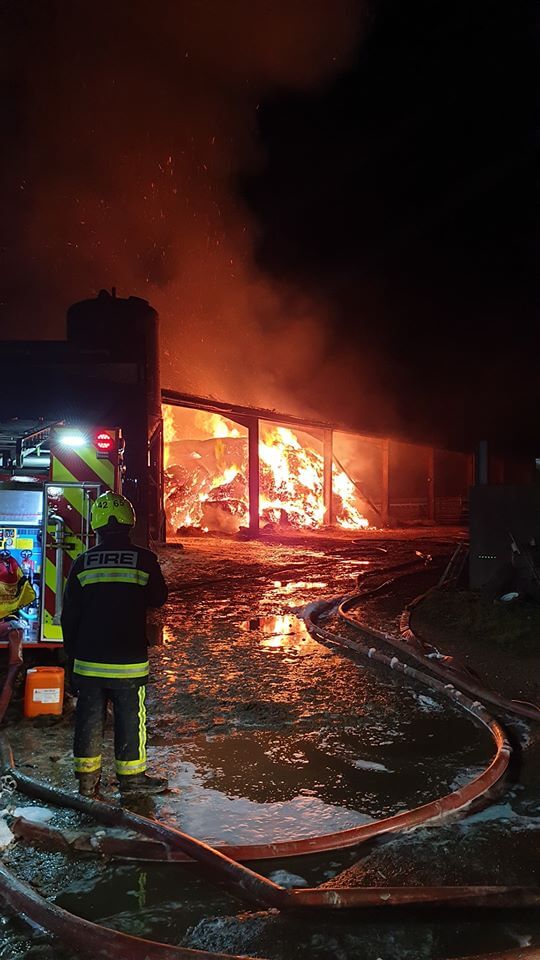 A fire service spokesperson said of the blaze this morning: “This incident has been scaled back further to two pumping appliances and one water carrier.

“Crews are continuing to supervise and control the barn which is burning itself out.”

“A number of calves were successfully rescued and taken to safety.

“At 3am this morning the fire was scaled back to four engines.”

A Sidmouth Fire Station spokesperson said: “Both Sidmouth pumps were mobilised to a barn fire near Seaton.

“On arrival of the first pump the crew got to work straight away with two breathing apparatus (BA) wearers assisting crews from Seaton to search the barn for animals.

“Unfortunately, not all the cattle survived.

“The BA crews then got to work containing the fire to the barn.

“The incident was upscaled to eight pumping appliances and a number of specials, including water browsers from Dorset and Wiltshire Fire Service.

“The Sidmouth crews were relieved around 3:30am when the incident was scaled down.

“The pumps returned to station where all the equipment was cleaned and made ready for the next shout. The barn fire is still ongoing.”

Fire stations in Budleigh Salterton and Topsham to close