Saturday, February 22
Trending
You are at:Home»News»Sidmouth»Sidmouth animal charity responds with £10,000 to ‘urgent’ call for help from drought-hit Australian donkey sanctuary

An animal charity based in Sidmouth has donated £10,000 to feed and water donkeys in drought-hit and fire-ravaged Australia.

The Donkey Sanctuary’s one-off donation was made in response to an urgent request for help from The Good Samaritan Donkey Sanctuary (GSDS), which is running out of food for its animals because of drought and bushfires.

The Donkey Sanctuary at Sidmouth agreed to pay for 21 tons of barley straw and fund two weekly water collections until the end of April 2020.

Simon Pope, spokesman at The Donkey Sanctuary, said: “We have all seen the utterly heart-breaking scenes unfolding in Australia for both humans and animals alike over the last few months.

“It’s only due to the generosity of our supporters that we can play a small part by responding in this way – helping donkeys in their time of need.

“The Good Samaritan Donkey Sanctuary have worked tirelessly, sometimes round the clock, to deal with the effects of this drought and with the threat of bushfires still hanging over them.

“When we learned just how hard it’s been for them to source feed and water for the donkeys in their care and the exhausting but determined efforts they’ve had to go to, we knew we had to help.” 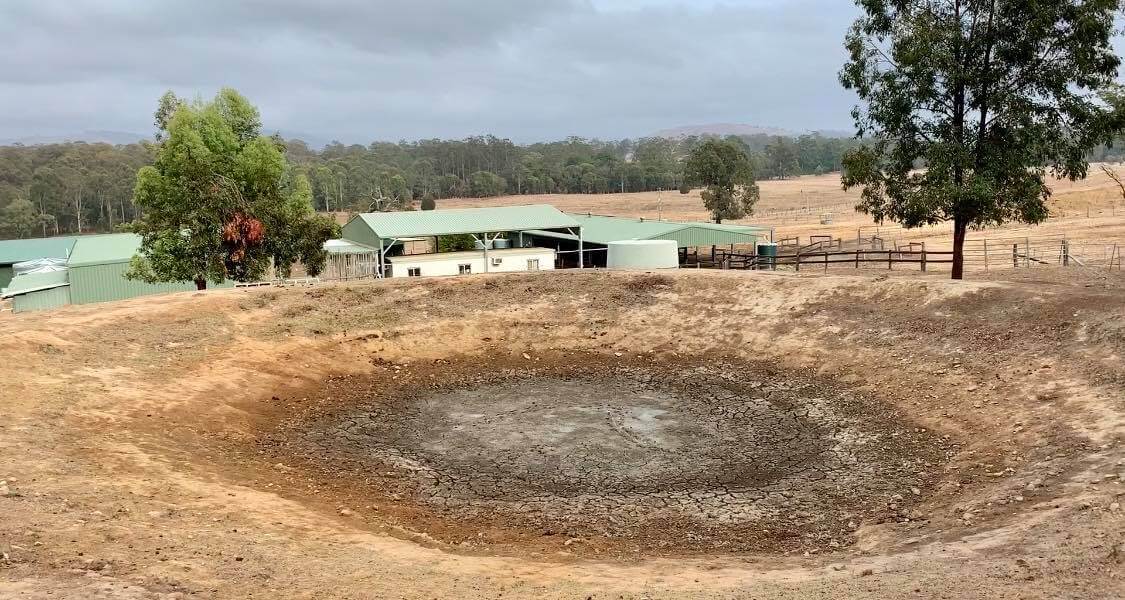 The land is parched and bone dry because of a lack of rain and record temperatures.
Photos: GSDS. 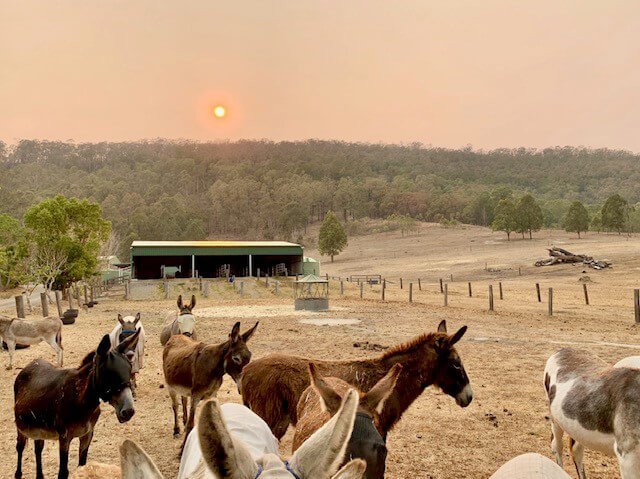 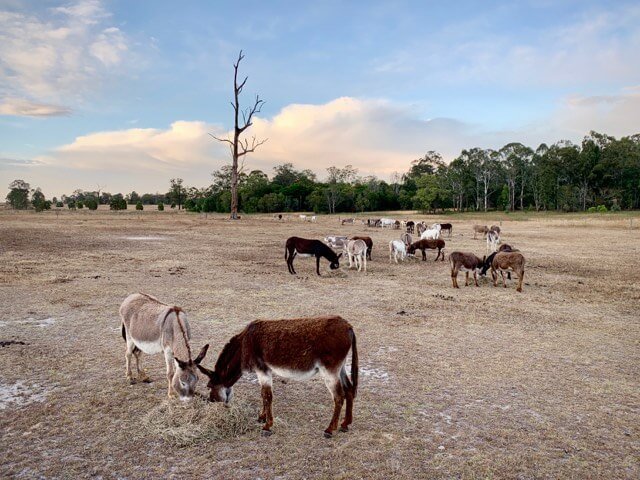 The Good Samaritan Donkey Sanctuary said it was ‘increasingly concerned’ about the lack of available feed for the donkeys.

The sanctuary said at this time of year there was usually no shortage of grazing, or locally-available straw.

Lack of rain means the land is ‘bone dry’ and ‘there is barely a blade of grass for the donkeys to feed on’, meaning the sanctuary has turned to its stores of barley straw that were meant for winter.

Drought has resulted in animal feed prices reaching a premium. Local feed suppliers have capped the amount of feed any customer can purchase on the same day – the only two members of staff at GSDS now have to make a 300km round trip every day, calling in at three different feed merchants to pick up donkey feed for the following day.

A GSDS spokesperson said: “We are travelling out every day to all our suppliers to get hay and straw for the next days feed.

“It’s tiring and we can’t seem to get ahead at the moment, with doing everything else.

“It’s very stressful here, we are just concerned about feeding, watering the donkeys and taking care of them. We are just coping. The drought has hit us terribly.”

The Good Samaritan Donkey Sanctuary (GSDS) is the largest in Australia, looking after 80 to 150 donkeys at any one time.

The sanctuary, in the Hunter Valley in New South Wales, has been badly affected by the drought that has hit Australia, and the ongoing threat of bushfires.

The sanctuary’s last onsite water catchment dam ran dry last week, and it now has to truck in 11,000 litres of water twice a week for the donkeys – and it needs spare water to put out fires if any start nearby.

The sanctuary said the last substantial rains were in September 2018.