Exmouth’s mayor was seen jumping for joy when he celebrated the opening a new kids’ park in Withycombe Raleigh.

Cllr Steve Gazzard on Thursday morning was spotted trying out a trampoline installed at Redgates play area following £100,000 worth of improvements by the district council.

EDDC said it included all that was requested from the children. It said a castle and pirate theme makes the play area unique across the district.

The district council funded the new equipment from its capital budget to replace the old play equipment which had been there for more than 30 years.

Cllr Stuart Hughes, EDDC chairman, who officially opened the play area, said: “A lot of hard work has gone into this project.

“The young children from the local school and youth associations have been involved in choosing the equipment – far better than when I was a youngster when you got what you were given.

“But they’ve got what they wanted and it’s going to be a great asset and a lot of youngsters are going to enjoy using this facility.”

Cllr Geoff Jung, EDDC’s portfolio holder for the environment, said: “This large play area was looking very old and parts of it were becoming unsafe, which is why we allocated £100,000 to renewing it.

“Thanks to all the local children and young people who took part in the consultation. This process is essential in helping us ensure we provide what the children want.

“Some of the children now playing on the equipment can say that they helped design the play areas they’re having fun on.” 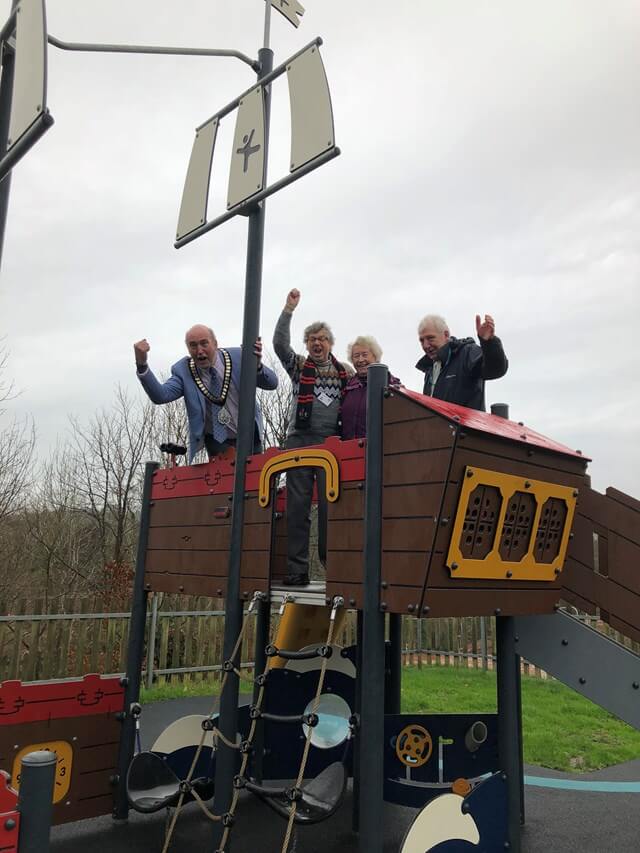 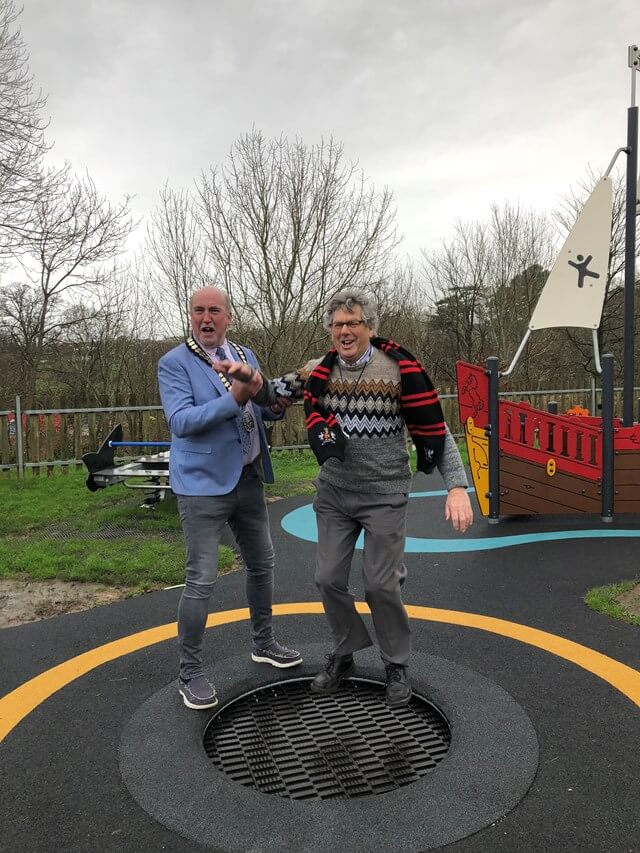 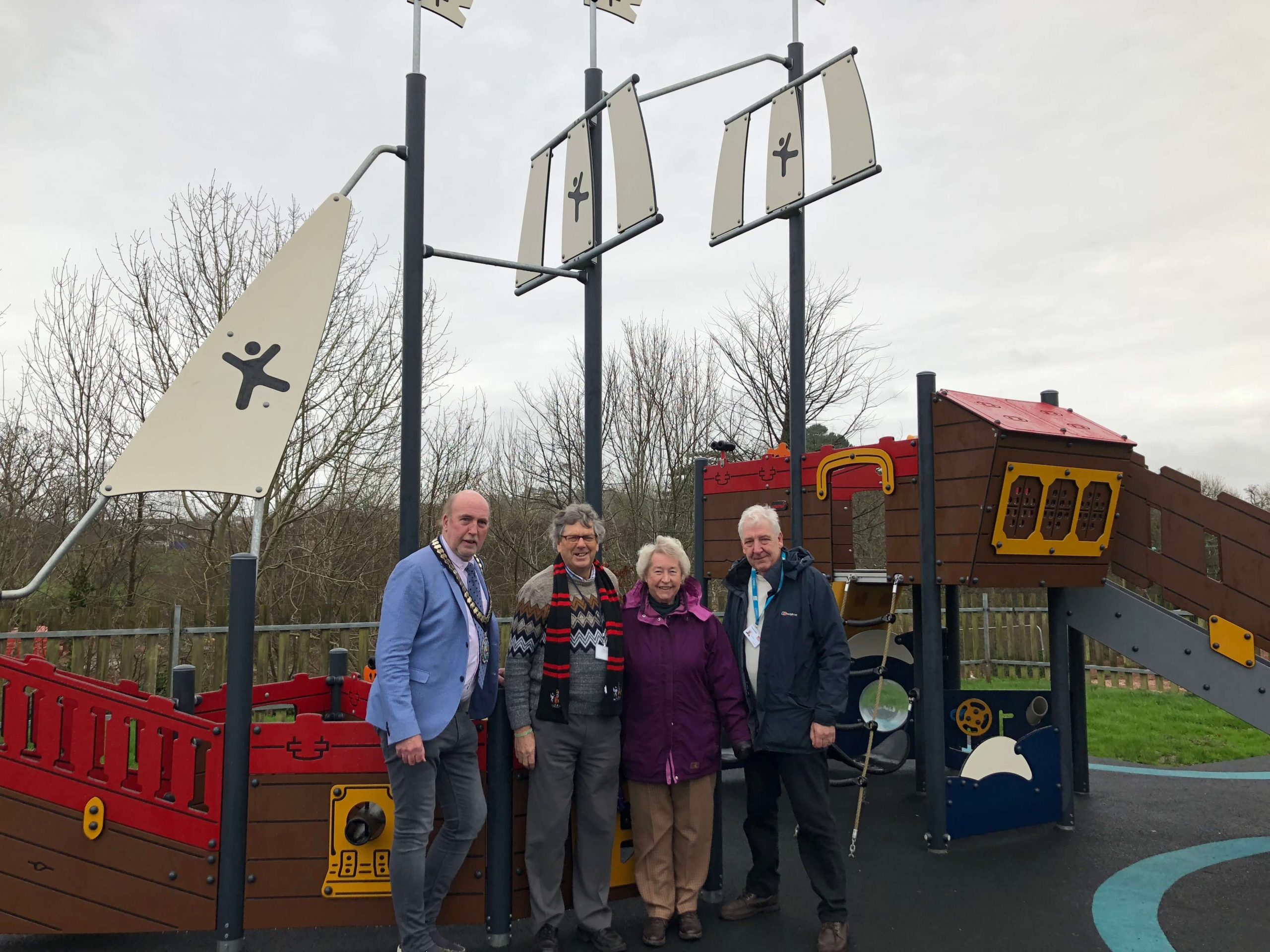 The council consulted children from Marpool Primary School and toddlers from the Get Up and Go session at LED Leisure, to come up with a suitable design.

On the kids’ wish list was a ground level trampoline, swings, a slide, climbing, a roundabout and pirates and castles theme.

EDDC said the requirements were sent to a number of play equipment suppliers, who competed to provide the best designs across three sites.