Ottery St Mary Football Club’s under-nines are blazing a trail thanks to a generous sponsor.

That is because the children are the first side at Washbrook Meadows to be decked out in a new kit.

The strip will eventually be sported throughout all of Ottery’s teams – from the very youngest players to the two senior men’s squads and the ladies’ squad.

Sponsorship for the under-nines has from Callum Hill and his business partner Ross Jeffcoate, who run South West Pumping and South West Concrete.

The young side is coached by Louise Snow, who also plays for Ottery ladies, and Chris Williams, who plays for the men’s team. 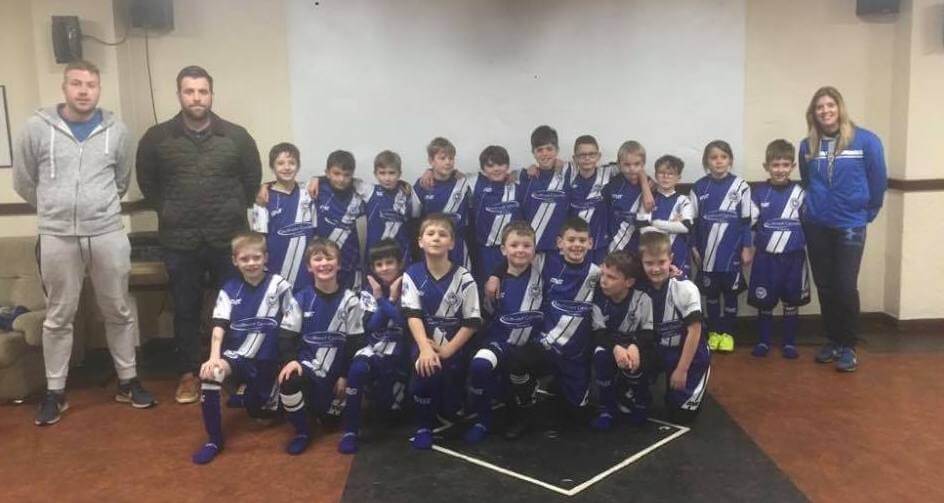 The young Ottery side, coached by Louise Snow, and Chris Williams, sport their new kit.

Callum said: “The main reason I chose to set up this sponsorship is because I have always loved my sport and this opportunity came up for me to get on board with the club and, in particular, help this young team out.

“I played rugby my whole life and have always appreciated any sponsorship my teams received so we were kitted out properly.

“It’s also an opportunity for my businesses to get our names out there – especially into the local community.”

Ottery St Mary AFC chairman Mike Ringer said: “Sponsorships like this are the very lifeblood of our teams and we are so grateful to Callum and Ross.

“The under-nines age group has an astonishing 21 youngsters registered and we are able to field two teams as a result of such healthy numbers.

“As a club we are very keen to have a single ’identity’ and having one kit that runs through the age groups and teams is a big step forward to that end.

Mike said of The Otters’ strip: “The new kit itself has many features; the club otter is faded into the design and also the kit also carries the charity crest of Hospiscare on one sleeve and Devon FA Respect on the other – showing the commitment not only to the charity we hold close to our hearts, but also having the respect clearly shown which we install into our players from day one of their involvement with our club.”