Saturday, September 25
Trending
You are at:Home»News»East Devon»Temporary housing costs in East Devon soar to more than £285,000

The cost of proving homeless people with temporary housing in East Devon has soared in the last five years.

Questions about the cost of temporary housing were raised by Councillor Paul Millar at a full council meeting at the end of December, and he said that he was shocked by the figures which expose the sheer extent of the housing crisis in East Devon and show that homelessness doesn’t stop at shop doorways.

A spokesman for the council said the costs have risen in line with the significant rise in homeless approaches to the council and for the first six months of 2019-20, there is also double the number of approaches as received in 2017-18.

At the full council meeting, Cllr Millar asked what the total cost to the council of providing homeless people with temporary accommodation in each of the last five years was.

the percentage of accommodation the council uses for providing emergency housing we own, and the total number of people across the District living in temporary accommodation. 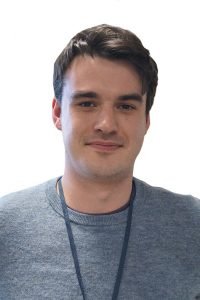 The temporary accommodation costs over the last five years were:

Cllr Millar added: “I was shocked by the figures which expose the sheer extent of the housing crisis in East Devon and show that homelessness doesn’t stop at shop doorways.

“The ignorance, selfishness and ‘I’m alright Jack’ mentality of some of those fortunate enough to own two or more homes beggars belief.

“Tragically, it is the working taxpayer who pays the high price for the sheer greed of some of these private landlords. While they charge obscene levels of rents and refuse to accept tenants who claim benefits even if they are in work, we have children in our primary schools growing up in B&Bs relying on food banks. Their actions make other people’s lives a misery, leading to poverty and destitution.

“While many landlords who don’t even live in the area or contribute to our area’s economy increase their already high profit margins, egged on as they are by sharkish letting agents, we have a record number of destitute residents across the District using food banks while wages remain stagnant and energy bills increase.

“That is why I’ll be working day and night to deliver the Council housing East Devon needs and deserves. East Devon District Council needs to realise that it has a real social responsibility.”

Explaining why the costs have risen so dramatically, a spokesman for the council said over this period there has been a significant rise in homeless approaches.

“In addition, the Homelessness Reduction Act, which came into effect in April 2018, places additional responsibilities upon authorities with a statutory responsibility for homelessness, which contributes towards temporary accommodation being required for longer periods than previously existed.

“The lack of realistic and appropriate accommodation alternatives for households approaching for assistance when homeless or threatened with homelessness have been compounded by factors including significant reductions in the availability of supported housing projects, rent levels increasing in the private sector and the effects of welfare reforms upon many households creating issues such as affordability problems. There has also been a significant rise in the number of applicants requiring assistance who have complex needs.

“Despite these factors, East Devon is committed towards preventing homelessness wherever possible and assisting people who do become homeless and measures are taken to reduce expenditure wherever possible, in line with our statutory responsibilities.”

It comes as the cost of housing homeless families across Devon is rising, with
councils in Devon spending more than £6 million on temporary accommodation last year.

At £6.4 million in 2018/19, the amount spent on housing homless people across the area is the highest it has been since comparable records began in 2008/09, with much of the money was spent on bed and breakfast accommodation.

Polly Neate, chief executive of Shelter, said: “These figures are a shocking, yet entirely preventable consequence of our housing emergency. If consecutive governments had built the genuinely affordable social homes that are needed, fewer people would be homeless, and we would not be wasting vast sums on unsuitable temporary accommodation.

“What’s even more shameful is that so much of this public money is lining the pockets of unscrupulous private landlords, who can charge desperate councils extortionate rates for grim B&Bs, because there’s nowhere else for families to go.

“No family should have to live in a tiny room where there’s nowhere to even cook a meal, or any safe space for their children to play.”