Friday, August 19
Trending
You are at:Home»News»Exeter»Entertainment venue to be scrapped from Exeter city centre redevelopment

A new entertainment venue for Exeter as part of the major redevelopment of the city centre is set to be scrapped.

The major development on Paris Street, to be called CityPoint, includes a new four star hotel opposite John Lewis, a budget hotel in Sidwell Street, and the relocation of the Civic Centre.

While the long standing ambition and investment in Arts and Culture in Exeter remains steadfast, the report concludes the capital cost for this project is simply too high for the either the council or traditional grant giving bodies to fund – Jon-Paul Hedge report

It also included the potential for a multi-purpose performance venue, with a capacity of around 1,200 seated or up to 2,500 standing.

But a report to next Tuesday’s Exeter City Council Executive meeting says that the projected cost for such a significant build is around £61.97million and there are no obvious funding routes to secure it.

Instead, councillors are asked to look into an option that would see the major refurbishment of The Corn Exchange as an alternative.

The report of Jon-Paul Hedge, Director, says that the cost for this major refurbishment of The Corn Exchange is projected to be £29.97million and would take four years and 11 months from the start of the project to completion, but would see it close for the period of time that the refurbishment works take.

It follows a report produced after a significant year-long and city-wide body of work and engagement that, for the first time, thoroughly examines the possibility around a new multipurpose performance venue for Exeter

His report says: “While the long standing ambition and investment in Arts and Culture in Exeter remains steadfast, the report concludes the capital cost for this project is simply too high for the either the council or traditional grant giving bodies to fund. Even if that capital were to be raised, along with ongoing revenue support, it would also fall short of many public perceptions of delivering a venue to rival the likes of The Theatre Royal in Plymouth.

“There are new options for Members to consider around the future development of Corn Exchange, but they will not progress without investment. It is therefore currently open to the private sector to deliver any venue, if it concludes there is a business opportunity.”

Mr Hedge added: “Fourth Street, supported by Hopkins Architects and Equals Consulting embarked on a project to examine the potential of a 1,200 seated capacity and 2,400 standing multipurpose venue as part of the CityPoint development. All the proposals and assessments set out in the report were derived through an iterative process involving Exeter City Council and a wide programme of research and consultation across the city.

“There were differing views on whether Exeter can compete successfully with the regional theatres already in existence. However there was broad consensus that a wider range of event types would help sustain any new multipurpose venue.

“A key initial issue for this study was whether the new venue should include the capability of flying and storing scenery above the stage, a large orchestra pit and related ancillary facilities. If the venue was to host touring commercial theatre of scale and national profile, a fly-tower would be required. However, it would be redundant for 75 per cent of the rest of the programme.

“The exclusion of a fly tower would eliminate certain shows from coming to Exeter – notably, larger commercial touring theatre and subsidised national / international touring shows. Conversely, if a ‘fly tower’ was included in plans, the new venue would effectively be going head-to-head with established venues like the Theatre Royal to attract the larger and more commercial touring theatre shows.  Initial costings showed the capital cost of a multipurpose venue was likely to be prohibitive.”

He said that while the most practical location for the venue was as part of the wider CityPoint development, but the total scheme, including construction elements of £51.73m and project costs of £10.24m, is projected to be £61.97m.

“To turn designs into reality, funding would need to come from a plethora of sources,” Mr Hedge’s report added, saying: “The likelihood of garnering sufficient support to find the project at the scale and ambition is ‘low’.”

His report said that market testing to date showed there was only limited appetite in the commercial sector to directly fund, design and operate a theatre in Exeter and where the council has received interest, it would still require a contribution from the Council, by way of land or alternative.

Their new alternative proposals for the refurbishment have been produced to maximise the audience capacity, while striking a balance with the operational needs.

It includes the concept of lowering the auditorium from its current first floor position to the ground floor, which would see an uplift in audience capacity from 500 seated to circa 1,000 seated and 1,350 standing. The plans would also increase food and beverage space and the new entrance onto Fore Street would have a significant regenerative effect.

But Mr Hedge said: “The cost for this major refurbishment is projected to be £29.97million and costs are outlined in the attached report. It would take four years and 11 months from the start of the project to completion.”

His report says that if councillors wish to progress the plans for The Corn Exchange to an early stage, RIBA stage 1 preparation work would cost £200,000, with concept design to RIBA Stage 2 costing an additional £296,000.

It adds: “The Arts Council England’s previous large capital grants programme applications were required to have completed RIBA stage. It is unlikely the scheme would receive serious interest without progressing to RIBA Stage 1.

“Like the multipurpose venue, there is no obvious funding route from third party support. Progressing to RIBA Stage 1 would allow ECC to explore conversations within the benefit of more definitive plans.

“Outline costs for the Corn Exchange redevelopment are likely to increase over time and become higher than outlined in the report and not preparing the Corn Exchange to RIBA Stage 1 means the project is highly unlikely to progress and get Arts Council support.”

It adds that members could instruct officers with regards to further commercial discussions for a new theatre or members could proceed with RIBA Stage 1 at the Corn Exchange, but if unsuccessful in gaining full funding there is reputational risk as monies could have been spent on repairs and maintenance backlogs.

The recommendation is for members to note the report finds a ‘low likelihood’ of externally funding a £61.91million multipurpose venue, to the opportunity around the development of the Corn Exchange and to note the progress regarding a privately funded commercial theatre for the city, and that any future positive developments, be brought back to council. 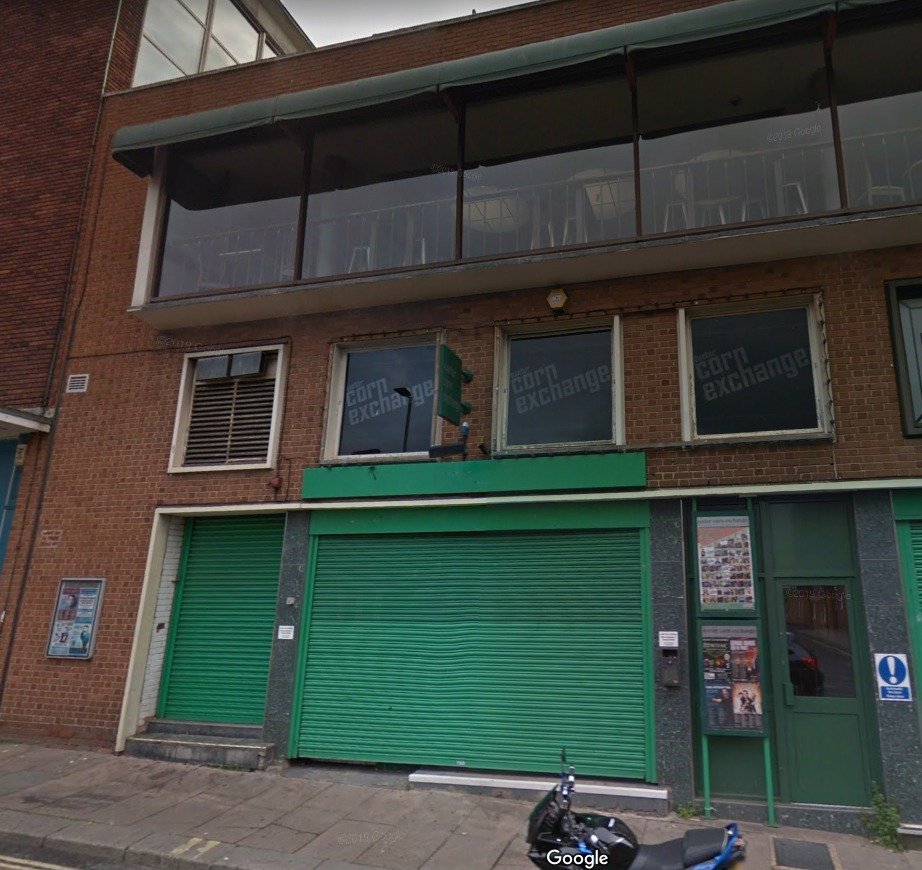