A new £40m retail park on the edge of Exeter, set to include a Next, M&S Simply Food, Boots, a drive-through McDonalds and a drive-through Costa as tenants has been given the go-ahead at the fourth time of asking.

Twice before Exeter City Council planners rejected the CPG scheme for the Moor Exchange, while last summer, councillors voted against approving the plans but failed to actually vote on reasons for refusal.

You have to consider what makes a local centre. This will be a centre that you can walk to buy a pint of milk or a local newspaper. It is what it is and it will deliver a mix of uses and things like a bank, gym and a chemist. It won’t be an out of centre retail park – Matthew Diamond

A fourth scheme came forward, which would also see a yet-to-be-named discount food retailer, a post office, a newsagent, a bank, a gym, a restaurant, a hot food takeaway unit and a shop included, went before planners on Monday night.

And this time, councillors agreed with the recommendation of officers to approve the plans for the retail and leisure hub for land north of Honiton Road and to the west of Fitzroy Road, next to the Premier Inn.

Up to 450 jobs for local people could be created and if a further reserved matters application is approved building works could commence towards the end of 2020.

Calling for the plan for the retail/leisure hub to be given the go ahead, Martin Ridgway, Group Managing Director of developers CPG, said that the sustainability benefits of the plans would be huge and that the Moor Exchange, located off Honiton Road, is deliverable and the favoured location to address the shopping requirements for East Exeter.

He told tonight’s meeting: “We have listened to officers and amended the scheme. The floor area has been reduced and the range of uses offered improved.

“The scheme could meet the needs of the existing and growing number of residents along with the wider business community allowing many thousands of people to walk to the site each day to do their daily shopping. Currently, local facilities are very limited.

“Without local provision, employees and residents, including the nearly, 3,500 staff at the Met Office and Devon and Cornwall Police, are forced into their cars at lunchtime or after work to seek ad hoc shopping provision further afield.

“We have worked closely with officers to strengthen the sustainable credentials of the scheme. There are a host of transport related benefits and all-in-all we are setting ourselves strong targets on being a local and very sustainable hub. There is a need for the hub and this is the preferred location.

The meeting heard that support for the scheme had been pledged by both the Exeter Science Park and SW Comms, with a statement from Dr Sally Basker, Chief Executive Officer of the Science Park saying: “The Moor Exchange will support the needs of our ever-expanding community and will strengthen the long-term credentials of our business district.

“Critically, these much-needed high-quality retail and leisure facilities will help to attract investment, businesses and employees from Devon and beyond to Exeter Science Park and the business parks at Junction 29.”

Recommending that officers approve the scheme, Matthew Diamond, Principal Project Manager, told the committee that the impact of the scheme on the city centre would not be significantly adverse, only around two-three per cent, and therefore would not be a reason for refusal that would stand up.

He added: “If this is turned down, it is unlikely that any other scheme for this area will come forward, which will mean residents will have to travel further by car rather than having the option to walk or cycle to this.

“You have to consider what makes a local centre. This will be a centre that you can walk to buy a pint of milk or a local newspaper. It is what it is and it will deliver a mix of uses and things like a bank, gym and a chemist. It won’t be an out of centre retail park.”

Supporting the scheme, Cllr Bob Foale, Portfolio Holder for City Development & Planning, said that he was pleased with the application and that the developers have listened to the concerns about their previous schemes. He added: “This is more of what we might have expect from a local hub. This is starting to tick the boxes and I would be supportive of this in its current state.”

Cllr David Harvey said that approving this would mean the residents of nearby Myrtlebury Way will only be pleased to have to chance to walk to a shop to buy a loaf of bread.

He added: “The residents on the new estate get in their cars and drive to Sainsbury’s. If we build this, then they will have something they can use without having to get into the cars and the facility here will prevent people from having to driving out of Exeter or into the city centre.

“This provides a service for the people and the impact on the city centre is minimal at best.”

Concerns on the traffic impact of the scheme were raised by Cllr Yolanda Henson, who feared that the reduction in parking spaces may lead to vehicles queuing to get in to the retail park and backing up onto the busy Honiton Road.

She added: “I an not against it but the mind boggles about how much more traffic the road can take.”

Cllr Bialyk proposed approving the scheme, subject to a list of 45 conditions being met, and councillors voted by seven votes to two in favour of approval. Cllr Greg Sheldon and Emma Morse voted against approval. 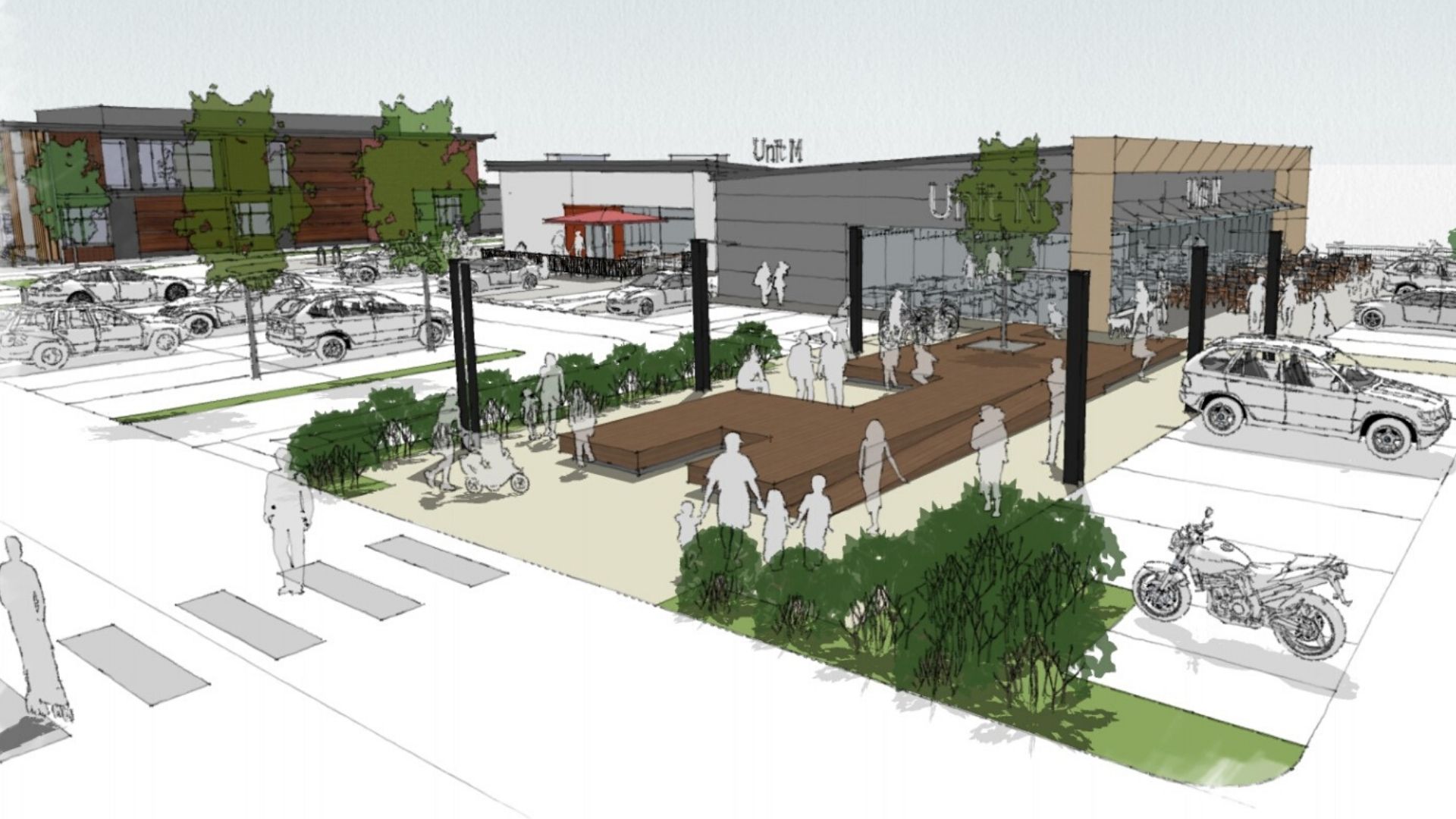 The proposed £40m retail park proposed for the outskirts of Exeter.