The Ottery Brewery, at Luppitt, near Honiton, and Thomas Westcott Chartered Accountants, with offices in East Devon and Exeter, were invited to name two of the four otter pups born at the zoo in October after they donated funds to back the babies’ new home.

The Otter Brewery has named its baby otter Tarka, after its premium lager.

Thomas Westcott Chartered Accountants will announce the name of its otter shortly.

Local businesses can still sponsor and name a pup, with funds helping to build the otter family’s new home at the zoo, complete with a pond and a secure enclosure.

A Dartmoor Zoo spokesperson said: “Local businesses can sponsor one of Dartmoor Zoo’s baby otters, which will include picking their name.

“Sponsoring an otter provides worthy funds to build the otter family a brand-new home by their pond and making sure their enclosure is suitable for the four new arrivals and parents, Jasmin and Matty.”

Coral Jonas, Dartmoor Zoo deputy CEO, said: “We are delighted to announce the arrival of four healthy baby otters to our community.

“It’s been wonderful watching Jasmin and Matty grow as parents and settle in at Dartmoor Zoo as a family of six.

“The pair have become inseparable over the last six months, so it was no surprise when they started building a love nest and not coming out for their feeding time, even though we know they love eating and seeing members of the public.

“The weeks went by and as Jasmine got plumper, the keepers kept a close eye on the new couple, anticipating the pups’ arrival.

“It wasn’t too long before we started to hear tiny squeaks coming from the otter house. We couldn’t be happier.”

Coral added: “Here at Dartmoor Zoo our priority is to educate and inspire the general public about wildlife conservation and improve captive animal management by providing a safe environment for animals under threat in the wild.

“This is particularly prominent in this case as we’ve successfully bred four Asian small-clawed otters despite their vulnerability in the wild.”

The four baby otters, born in October 2019, have been bonding as a new family.

Vets confirmed all four otters, three male and one female, are happy and at a healthy weight.

New mum Jasmin was born at Tamar Otter Sanctuary and arrived at Dartmoor Zoo in June 2017.  She was joined by Matty, from Newquay Zoo, in early 2019.

As a monogamous pair, their relationship flourished. Before parenthood they spent most of their time playing with pebbles. Both otters have a favourite pebble that they will keep for the rest of their lives. 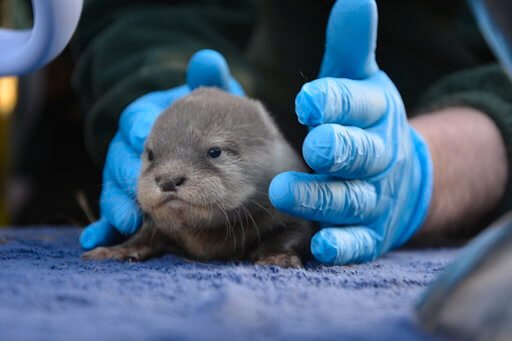 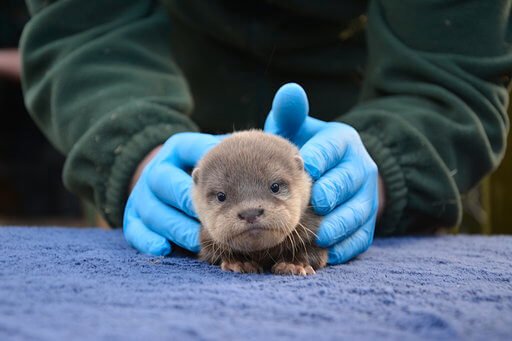 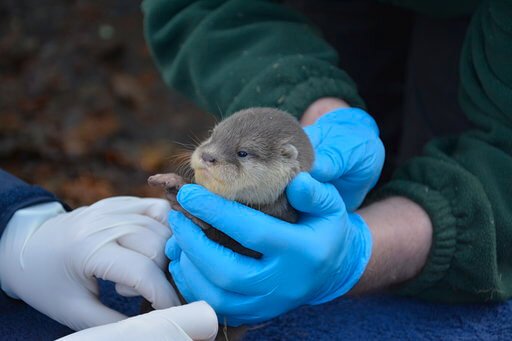 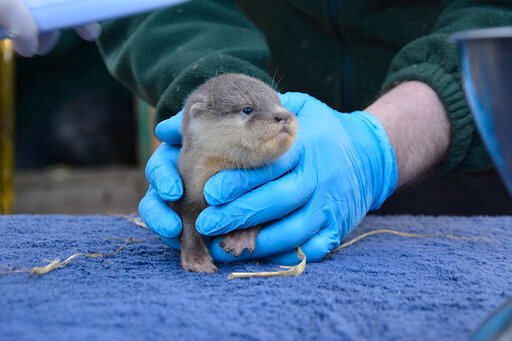 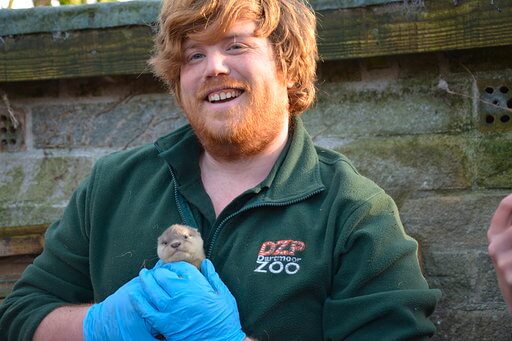 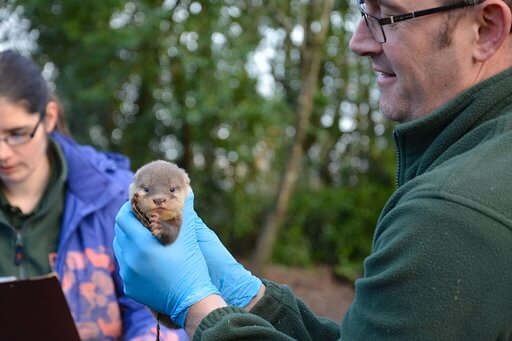 Dartmoor Zoo said Asian small-clawed otters, native to Southern India, Southern China, Southeast Asia, Indonesia and the Philippines, are considered a vulnerable species and have been placed on the Red List of Threatened Species by the International Union for Conservation of Nature (ICUCN).