Friday, May 27
Trending
You are at:Home»News»Honiton»Multiple 999 calls report car on fire at Dunkeswell

Honiton firefighters responded after Devon and Somerset Fire and Rescue Service received multiple calls from members of the public reporting a car on fire at Dunkeswell.

One of Honiton’s two fire appliances was sent to the scene.

A spokesperson for the fire service said: “On arrival, the Incident Commander confirmed that one vehicle was well alight and crews got to work using compressed air foam and a thermal imaging camera to extinguish the fire.”

The family involved told EastDevonNews.co.uk that the car ‘cut out’ and then caught fire. All the vehicle’s occupants were able to exit the car and no injuries were sustained.

They are grateful to those who rang the emergency services and offered assistance. 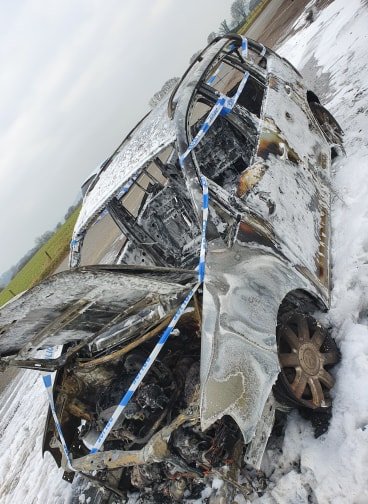 The scene after a car fire was put out by Honiton firefighters in Dunkeswell today.

Honiton in 2019: the events and challenges that shaped the town