Tuesday, June 28
Trending
You are at:Home»News»Honiton»Honiton in 2019: the events and challenges that shaped the town

Steeped in history and considered ‘The Friendly Town’, Honiton has pulled out all the stops in 2019 to highlight everything good in the community.

From hosting a second highly successful Gate to Plate event to staging a heatwave Honiton Show, it has thrown the spotlight on what makes this ancient market town truly special.

In this look back at 2019, we review some of the events that captured the imaginations of both Honitonians and visitors. We also underline the changes and challenges facing the town.

*EastDevonNews.co.uk went ‘live’ in July and our review of the year starts one month before, in June. 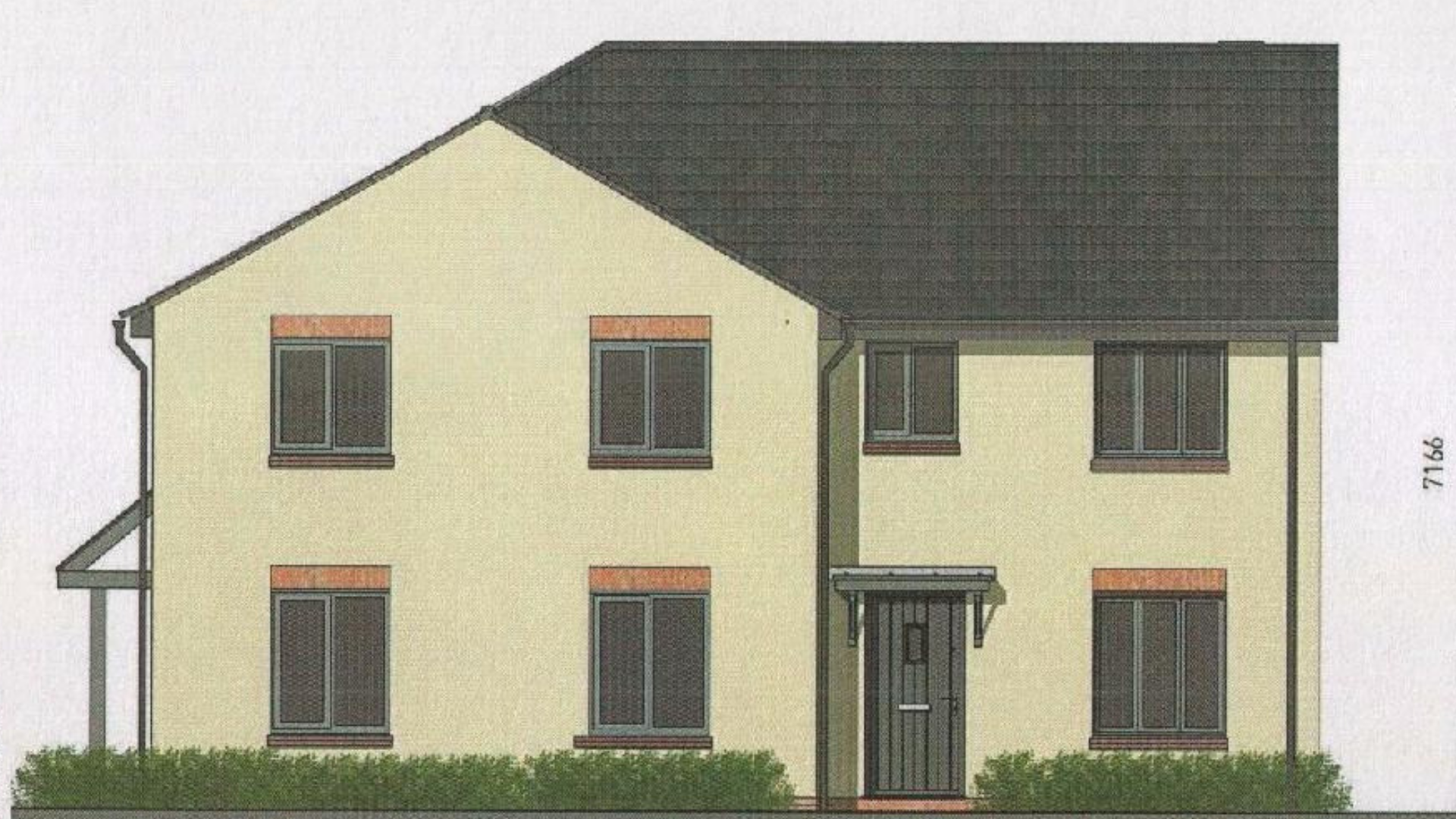 An artist’s impression of the proposed new homes planned for Ottery Moor Lane. 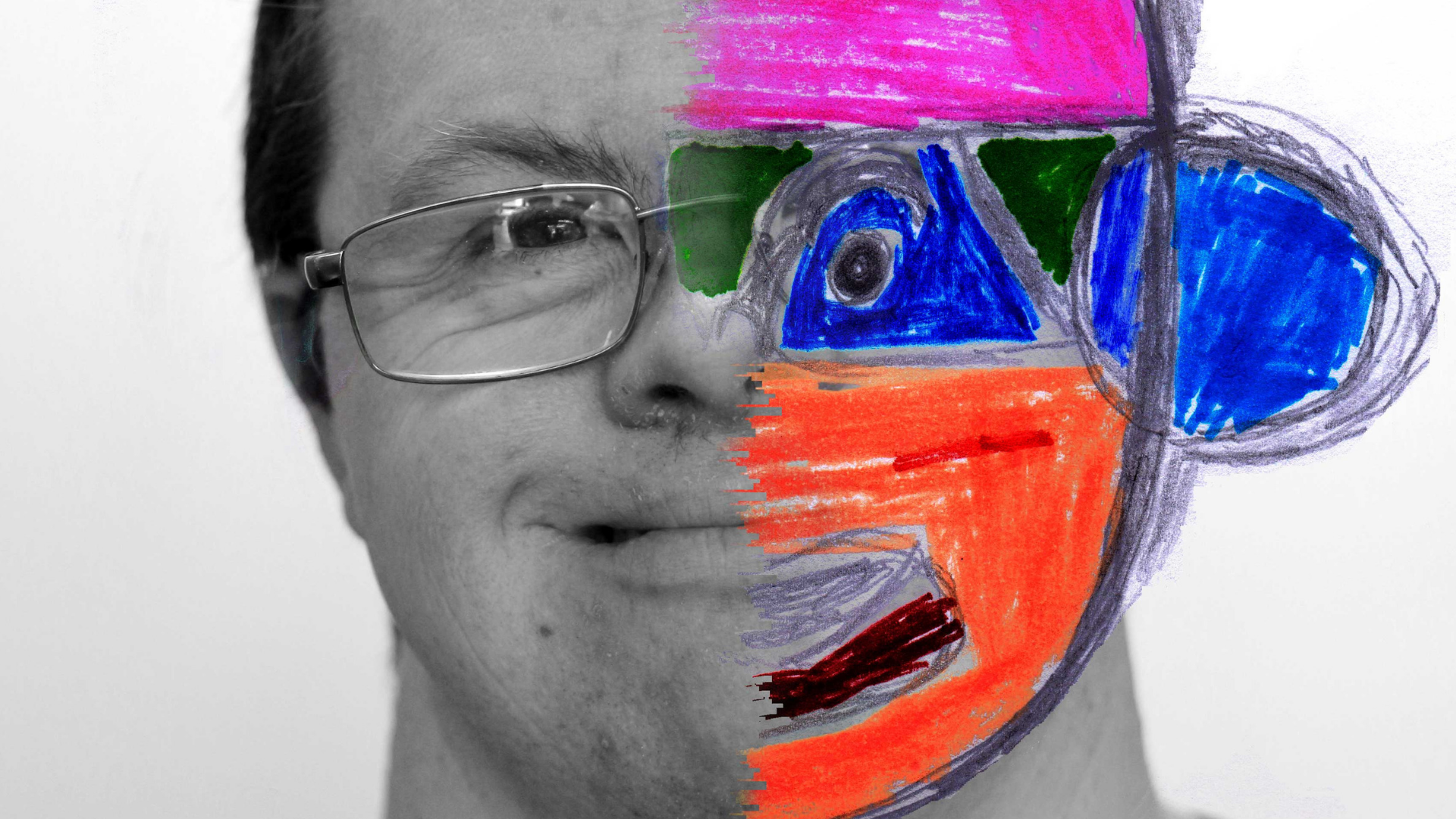 The Who Am I? exhibition was staged at the Thelma Hulbert Gallery.

The Thelma Hulbert Gallery staged Who Am I? – a new exhibition of self-portraits with works created by local adults with learning difficulties.

Residents raised concerns about the impact of a mixed 150 home development on land in Ottery Moor Lane, Honiton. East Devon District Council was considering reserved matters for the plan, including the design and appearance of the proposed properties.

Honiton Community College took recycling to a fantastic new level – its pastoral team set up a uniform swap shop, meaning students can exchange clothes that are too small for items that fit.

Honiton headquartered Ian Walker Family Law and Mediation opened a new family law centre in Torquay. The expansion followed a number of achievements, all notched up over the past 18 months.

Six vacancies on Honiton Town Council remained unfilled for another month after co-options were postponed.

Boris Johnson, then seeking support to replace Theresa May as Prime Minister, said at a hustings event in Exeter: “Isn’t it time the A303 is modernised?” 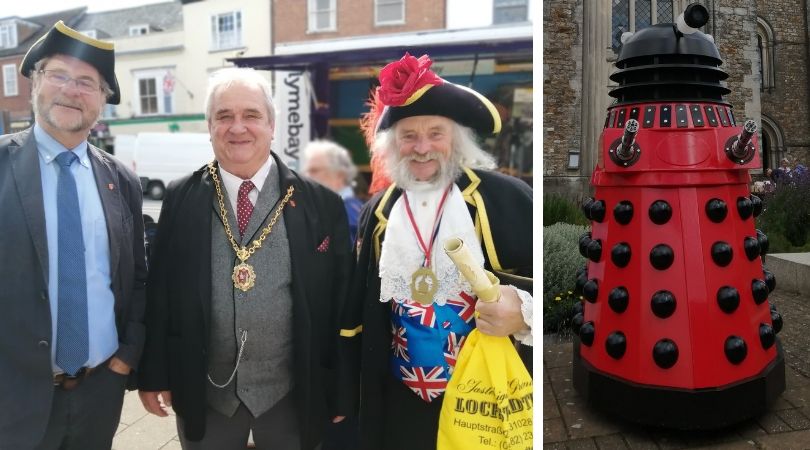 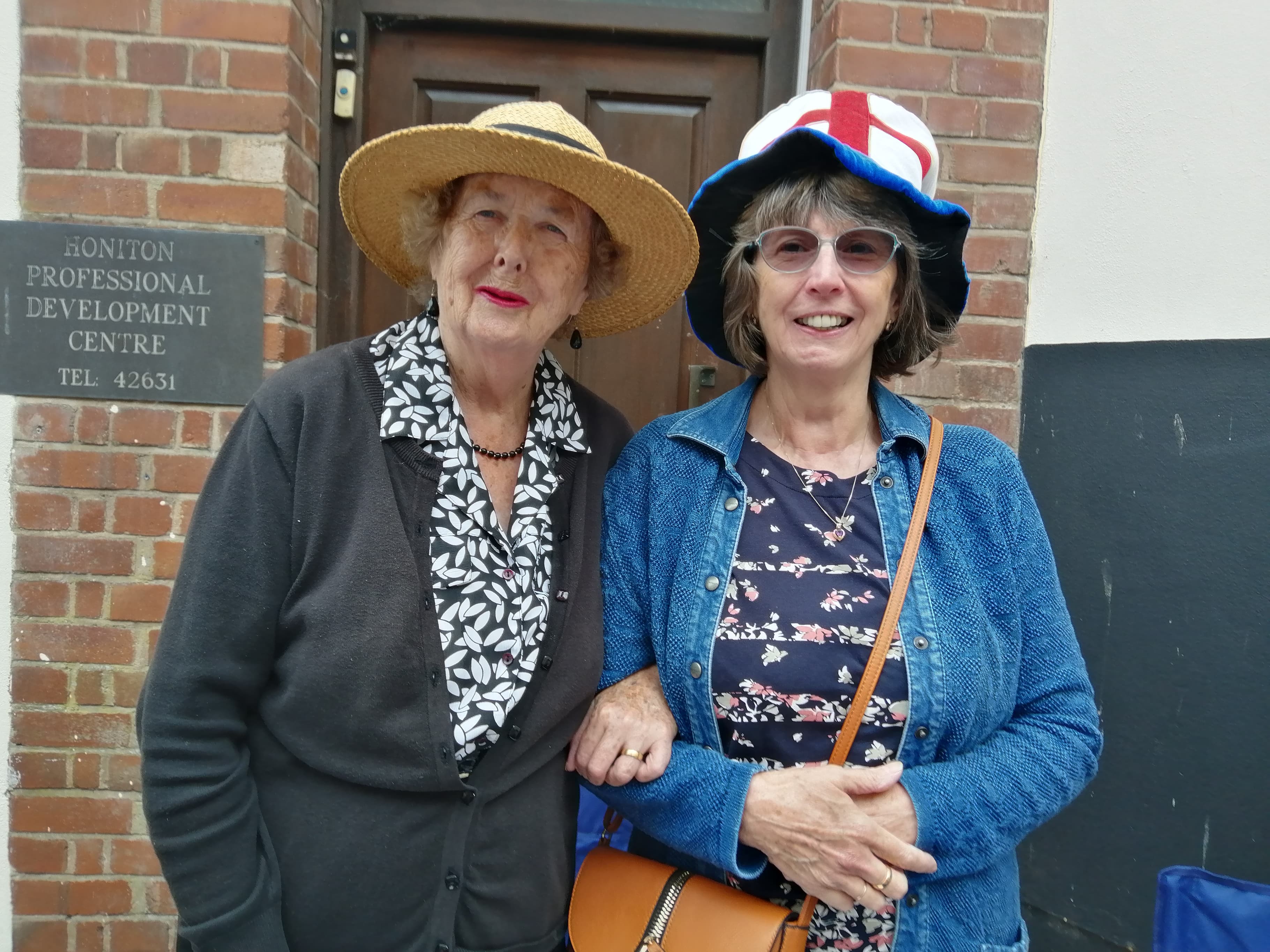 A major fundraising triathlon was postponed when travellers pitched up on Allhallows Playing Field.

The deadline was looming for Honiton residents to have their say over the potential introduction of pay and display parking charges at The Beehive.

A Honiton man still recovering from a kidney transplant said he was ‘blown away’ by the support he has received. Jonathan Salisbury, 25, of Willow Walk, received a life-saving kidney from his dad, Richard.

Enthusiastic crowds greeted participants with waves at this year’s hugely successful Charter Day in Honiton. Organisers said a tractor run, staged in High Street, proved to be a popular draw. Crowds lined the street to watch the procession, ‘waving and smiling’. Afterwards, many made their way down Northcote Lane – greeted by stalls set up by local organisations. Among them were volunteers from Allhallows Museum, Carol Gilson, recently awarded the British Empire Medal, East Devon Riding for the Disabled, and the Women’s Institute. 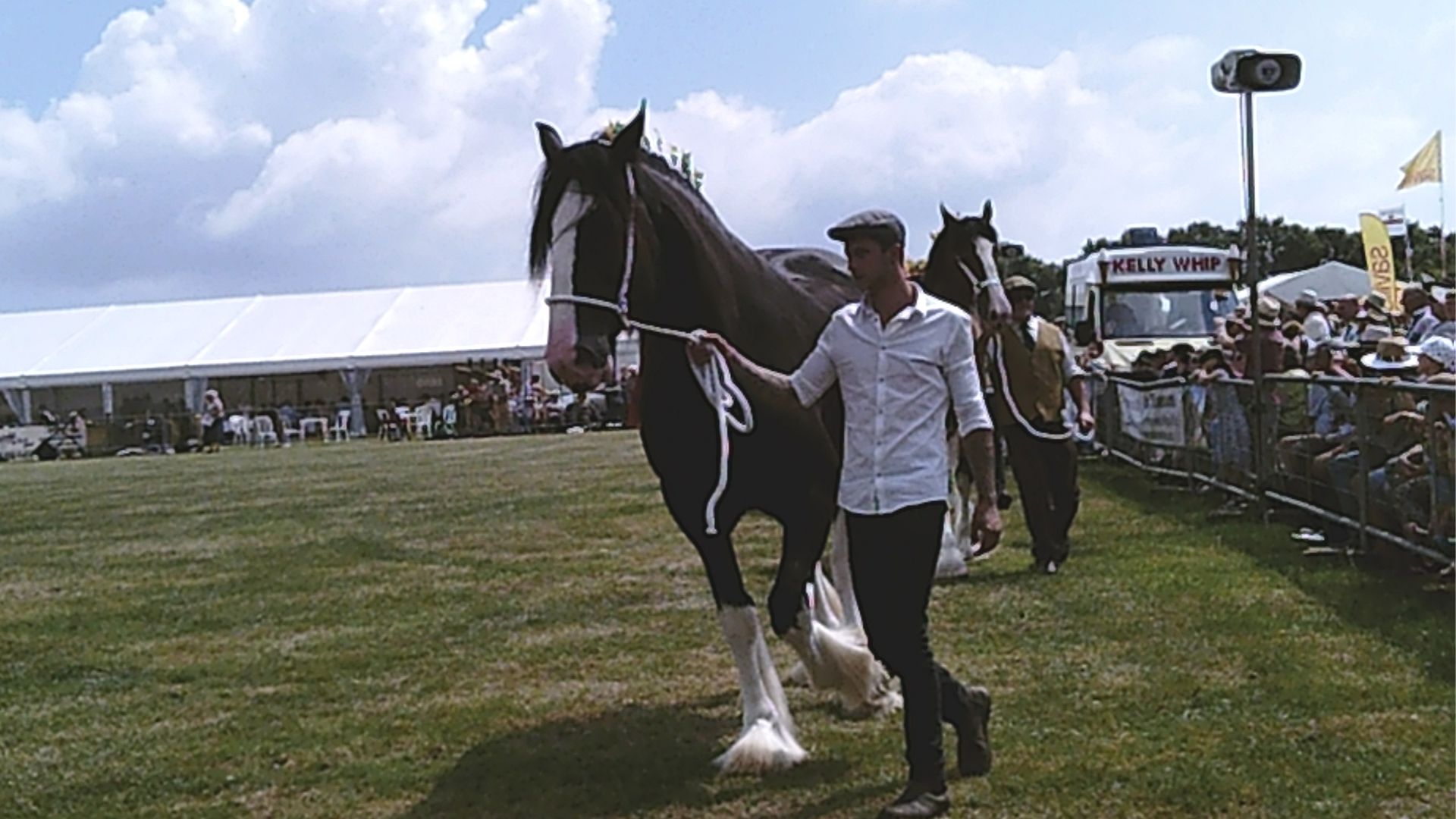 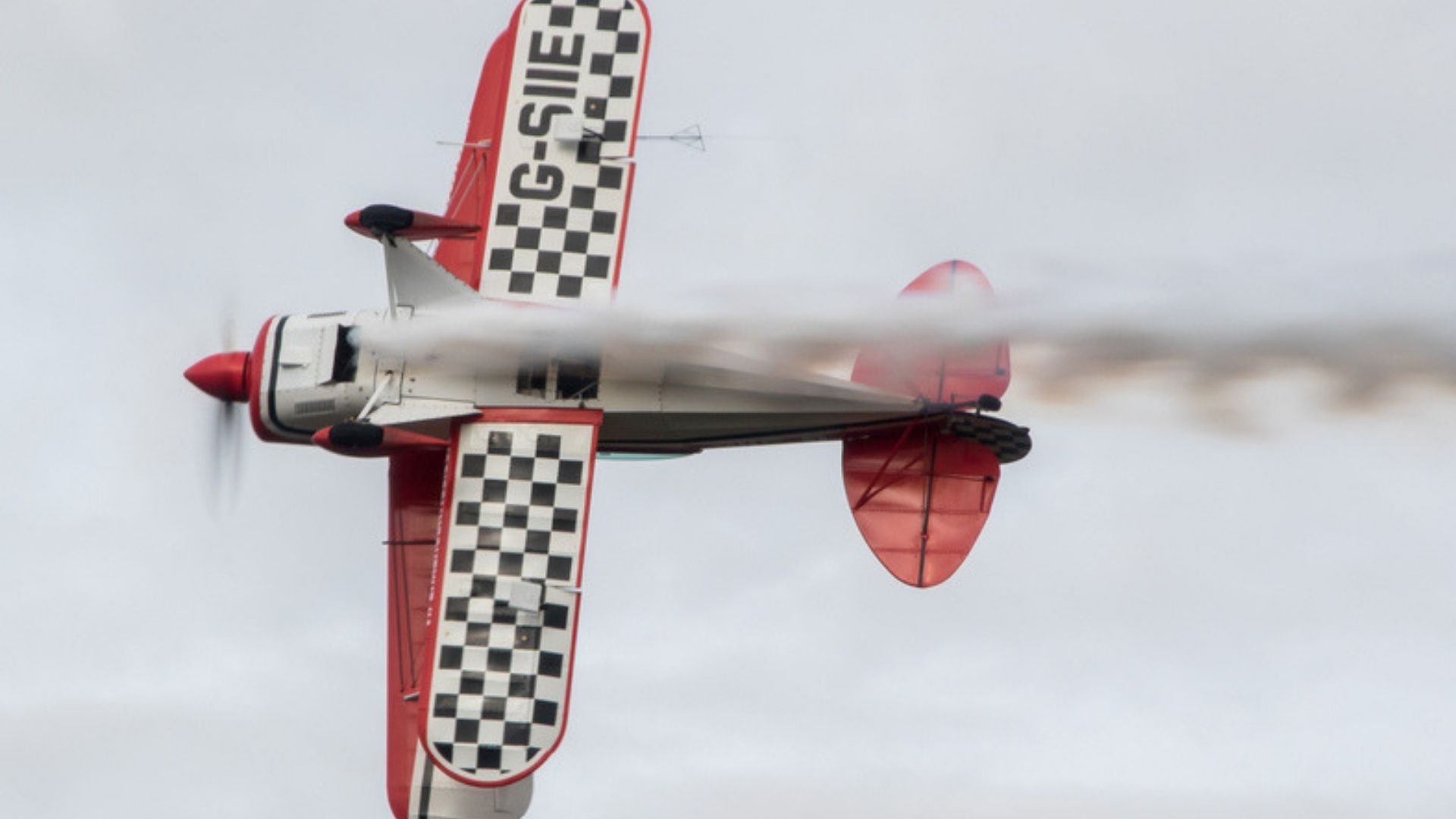 Highlights of Honiton Agricultural Sow included stunning displays by Viperaerobatics and the world-famous Devil’s Horsemen, who have appeared in Poldark, Game of Thrones and Les Miserables. There were record entries in some livestock classes and a heatwave ensured crowds flocked to the event.

A founder of TRIP Community Transport Association was honoured for her commitment to the care and welfare of others in Honiton. Val Royle, who has helped to improve the lives of thousands with no access to transport, was presented with the Kirstie Tancock Perpetual Memorial Shield at Honiton Show. The award was presented by Honiton and District Chamber of Commerce and Industry.

Organisers Of Charter Day issued an appeal for volunteers, saying they cannot guarantee the continuation of the event without more help.

Plans were unveiled to bring a redundant part of Honiton’s history out of storage to give a new lease of life on Dowell Street corner. If plans mooted by Honiton Town Council in co-operation with the Thelma Hulbert Gallery come to fruition, the town’s famous Copper Castle toll gate could form part of a mural. 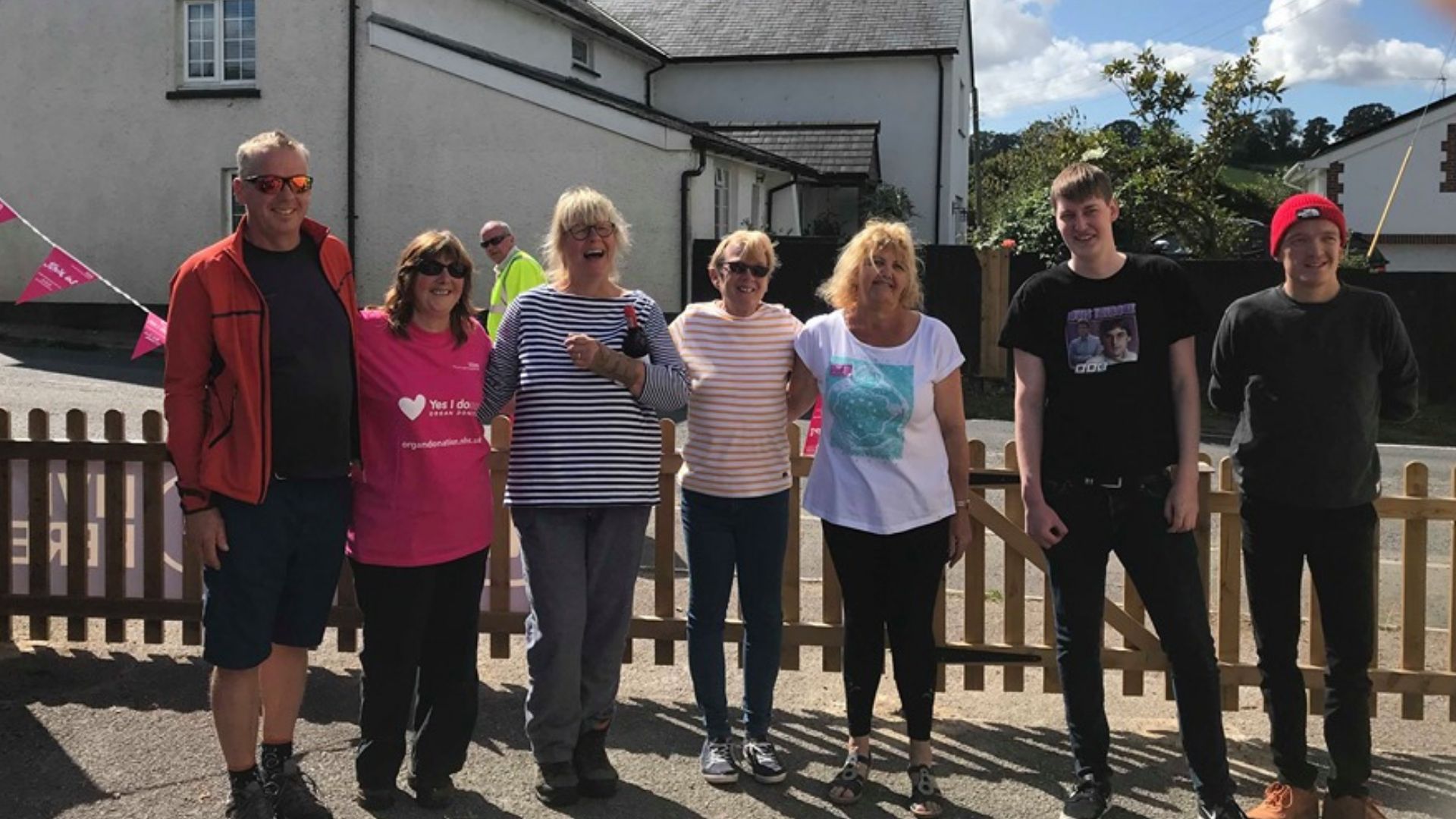 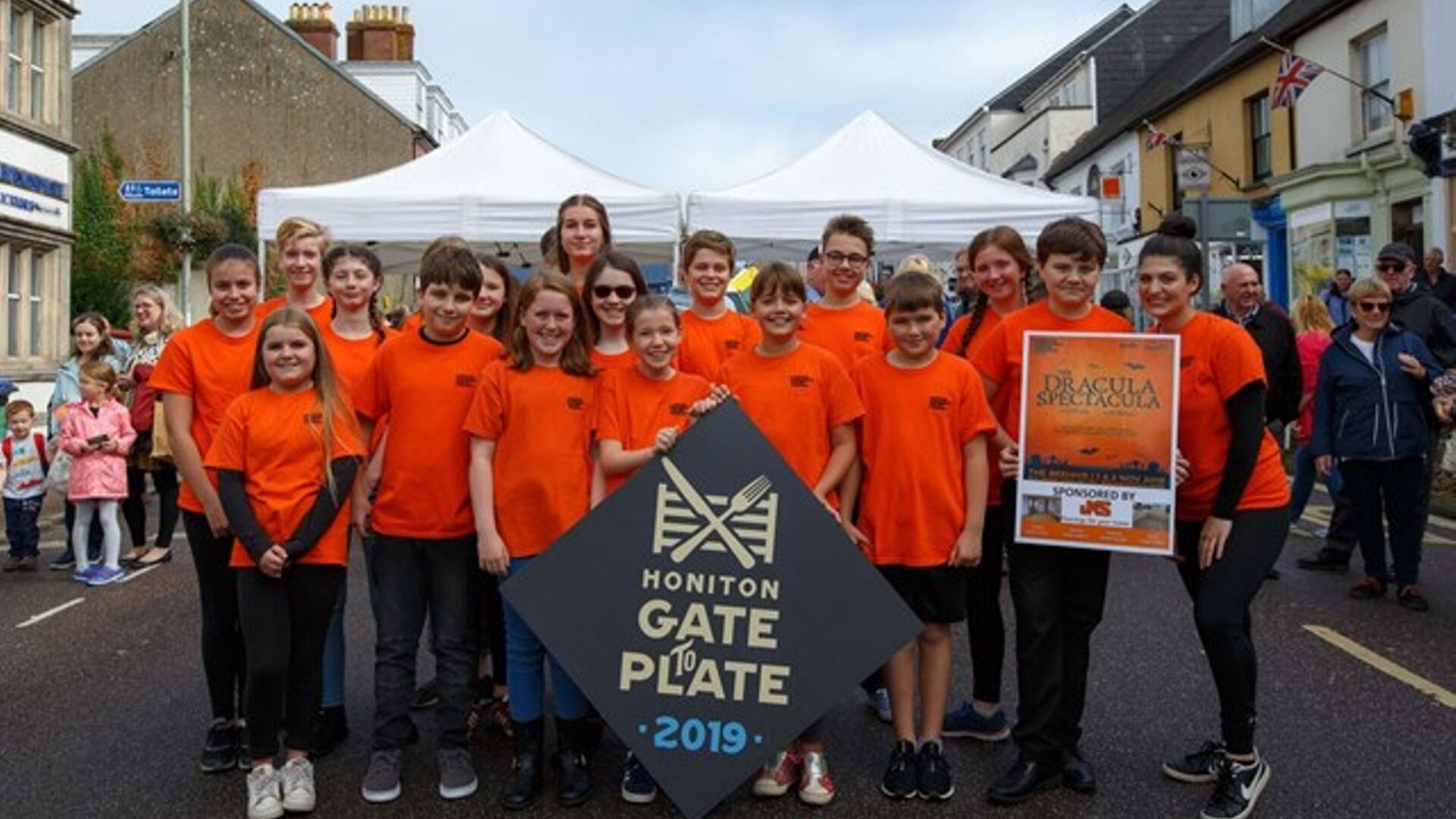 Local mum Carole Lock explained why organ transplants save lives. She donated a kidney to her grown-up son, Joe, and marked the first anniversary of the surgery with a celebratory event to raise awareness. Carole, of Awliscombe, held a family-friendly four kilometre walk from the Honiton Inn.

As the outdoor season drew to a close, members of Honiton Bowling Club helped Captain Yvonne Williams celebrate a busy and successful season. The club enjoyed a fabulous cream tea, with Yvonne being aided by Tony and David Tooley.

Bruv’s Bar opened in High Street. The first 50 people through the door were treated to a free Sourz Shot drink.

Plans were unveiled to transform the redundant former Dolphin Hotel into a restaurant after its sale to a local businessman.

After being postponed due to severe weather in the summer, there was no stopping Honiton Gate to Plate. The fine food, drink and craft event finally took place and attracted thousands of visitors. 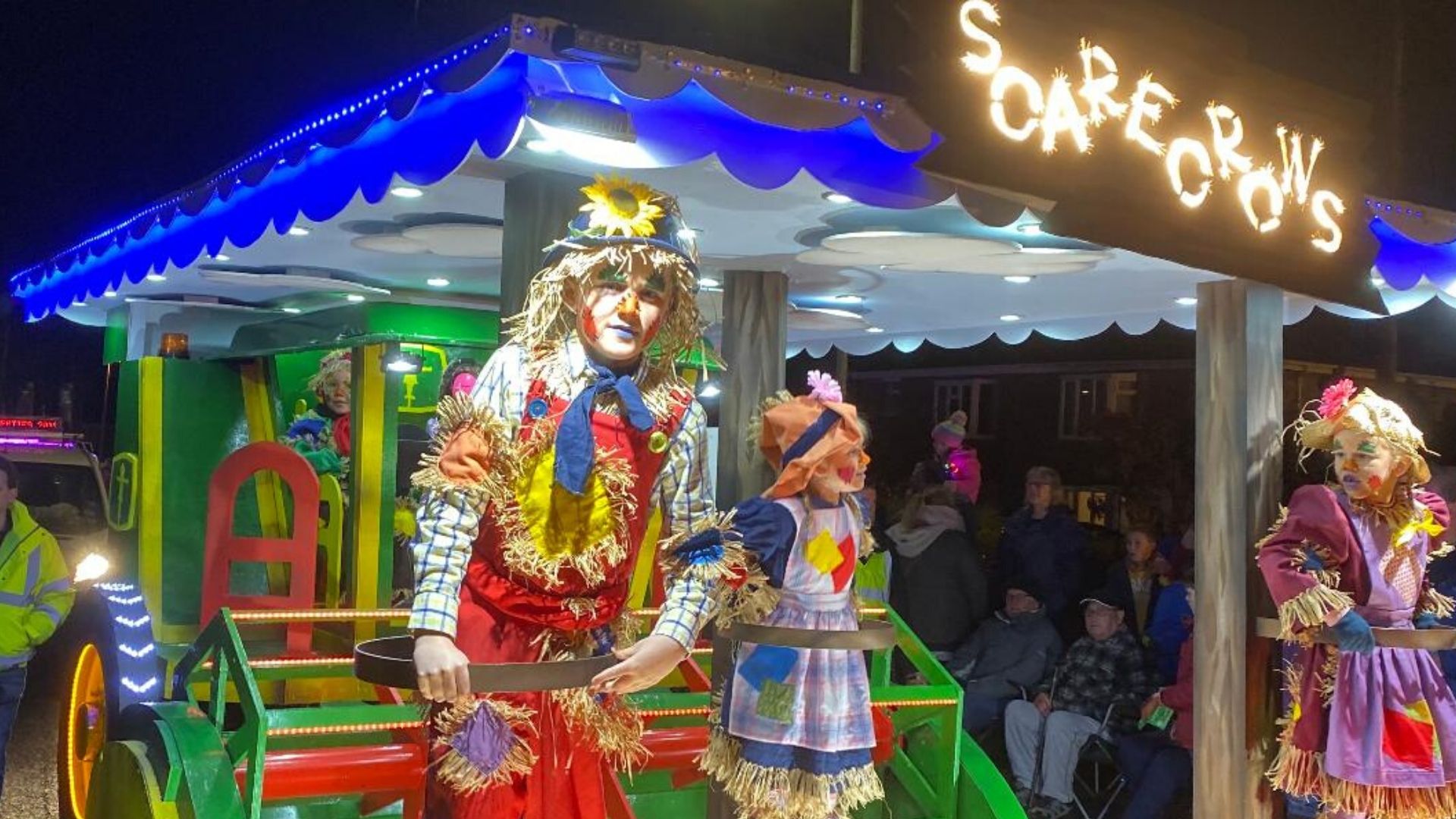 Honiton and District Carnival 2019. Picture by Honiton and Village News. 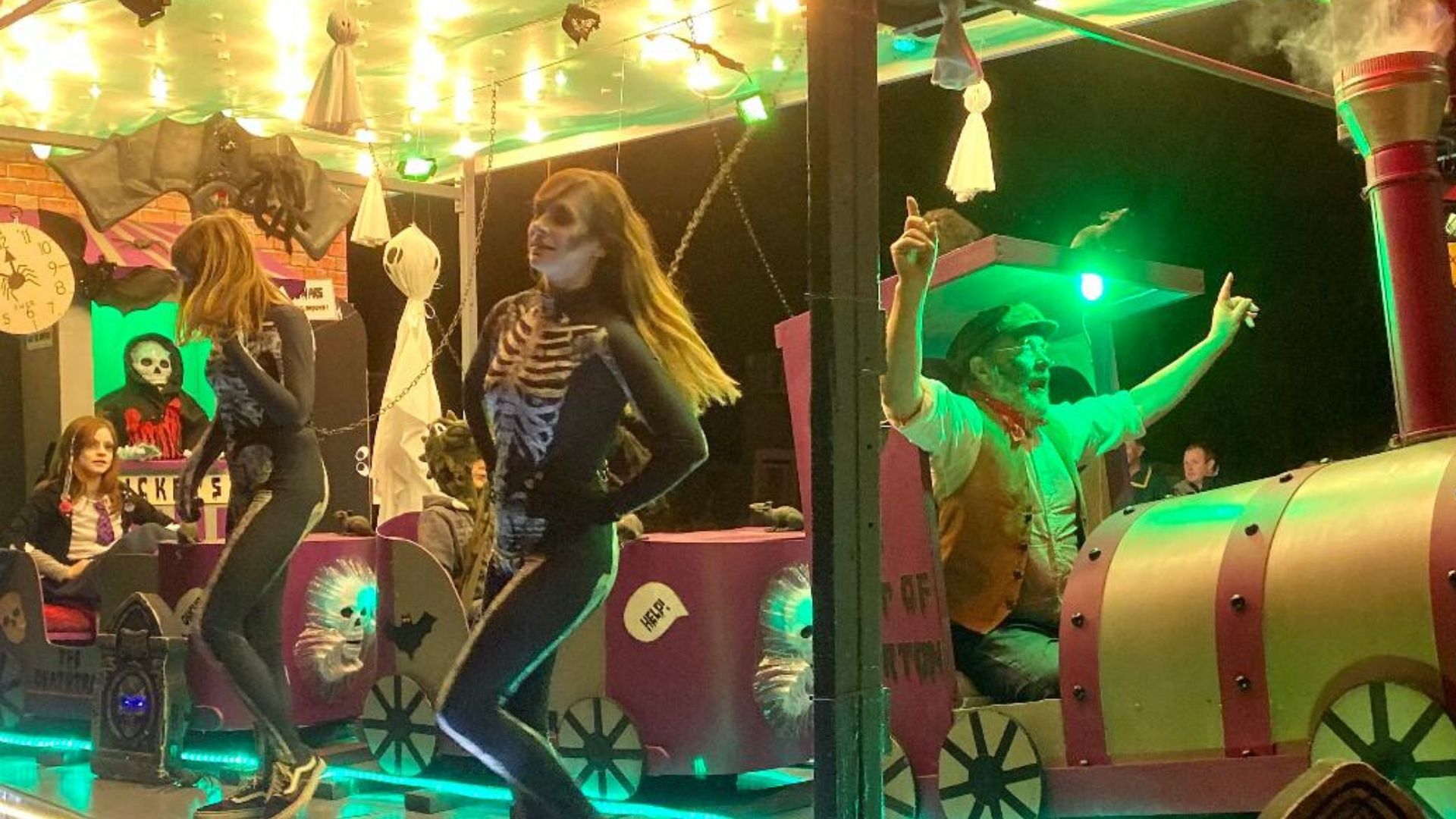 Picture by Honiton and Village News.

The community was made aware that The Beehive will need long-term financial support to ensure its viability. The charity which runs the Dowell Street entertainment and meeting venue said it was not planning to go into administration but hoped a dispute with the town council could be resolved.

Honiton Town Council responded to concerns about The Beehive’s future by saying it was ‘not an open chequebook’. A way forward was found after legal bills hit £15,000.

The organisers of Honiton’s successful Charter Day donated cash raised from a hat-themed competition and collections to Ferne Animal Sanctuary. The money was given in memory of the late Terry Farebrother.

Dormice at Dumpdon Hill benefitted from a nest box scheme. 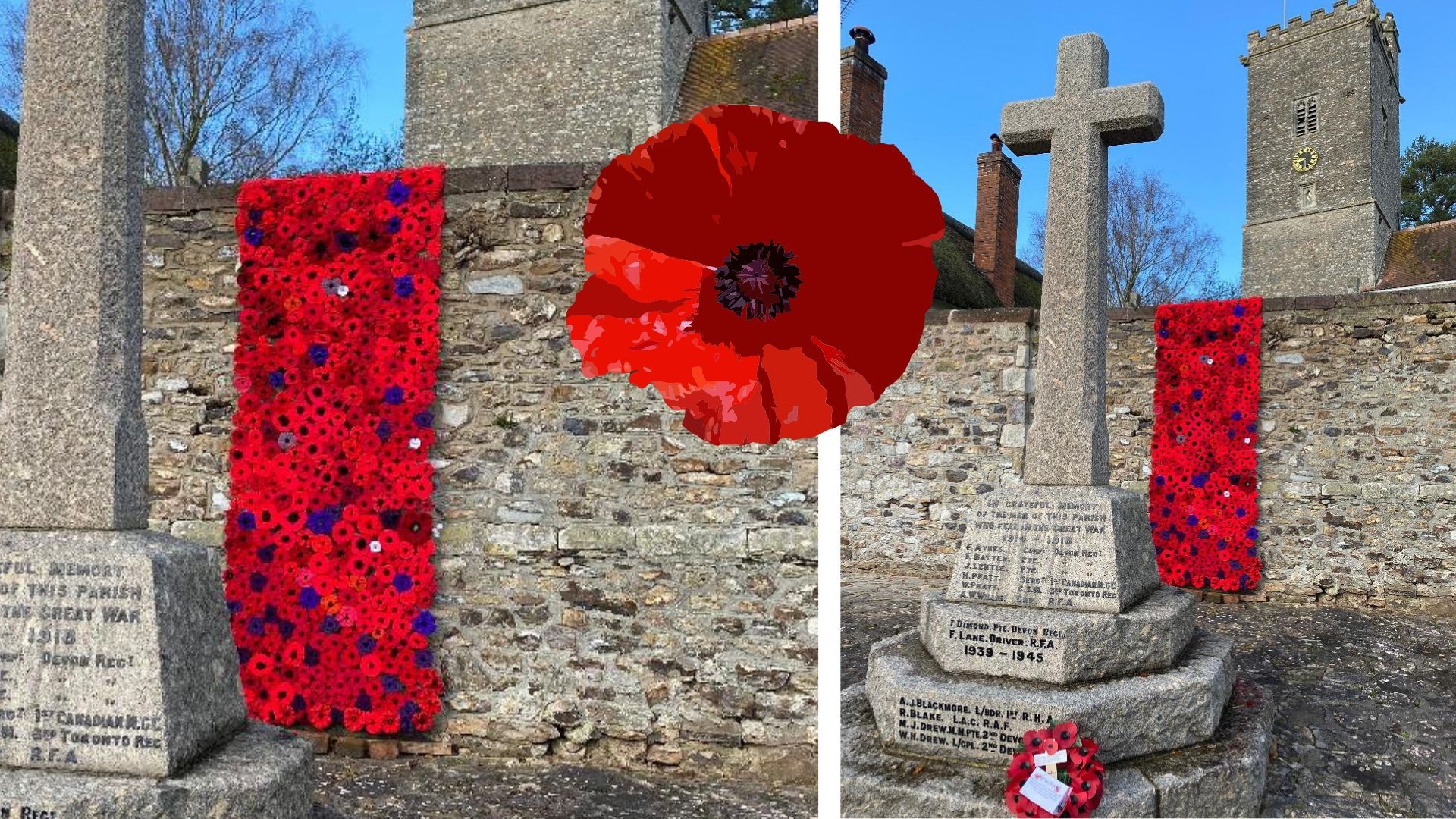 Fitting tribute. The knitted poppies on display in Payhembury. Photo by Honiton and Village News. 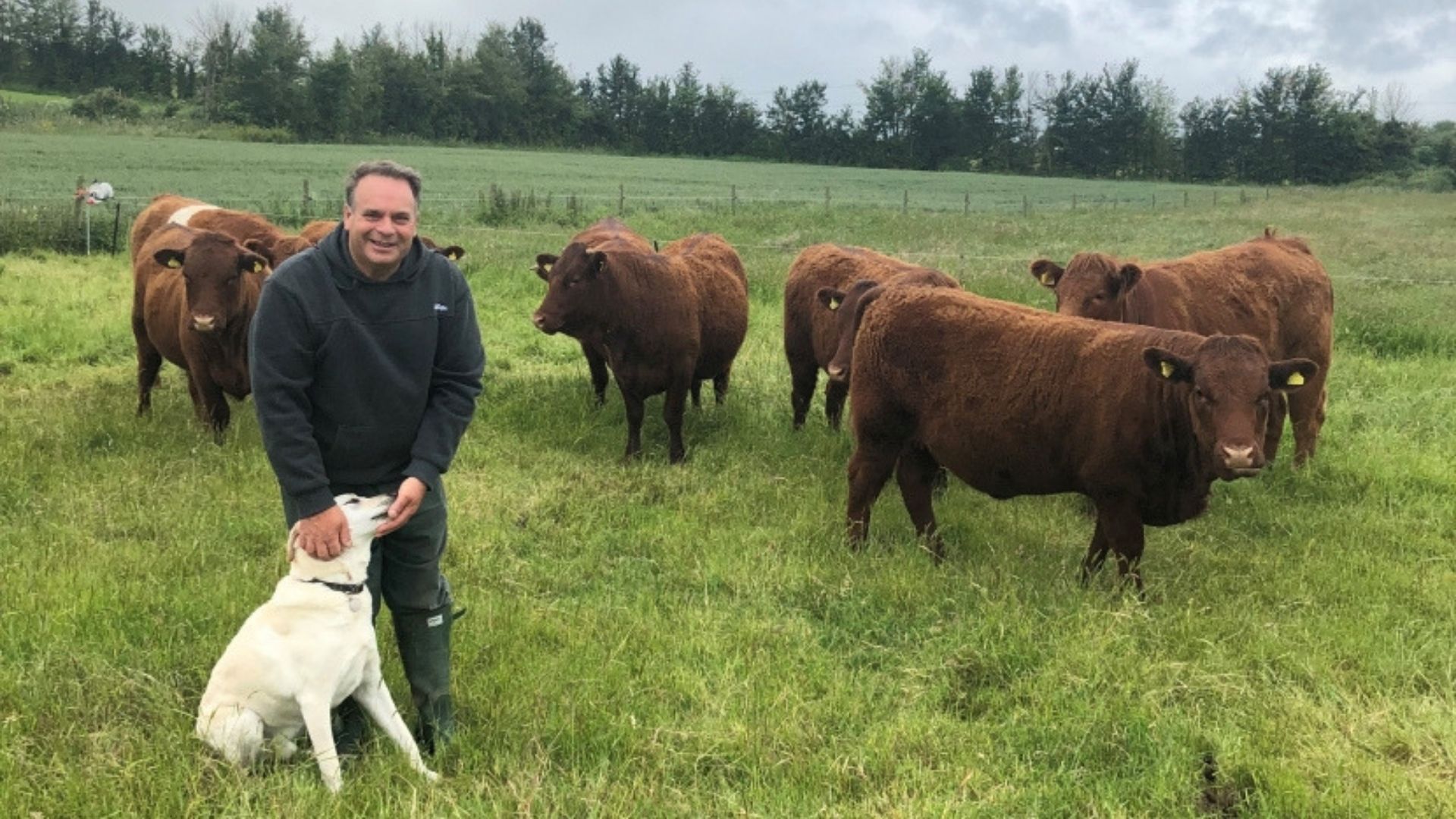 The world’s leading authority on lace bobbins made an unusual discovery – an antique bobbin etched with a railway scene. Brian Lemin said the wooden bobbin was crafted in Honiton-style.

Events were held in Honiton and the surrounding villages to mark Remembrance Sunday and November 11. In Payhembury, a knitted wall of poppies drew attention to the town’s war memorial. This year marked the 75th anniversary of D-Day.

With the electorate preparing to go to the polls, there was plenty of activity on the political front. A hustings in the town focussed on climate change issues and Boris Johnson breezed through the district en-route to Darts Farm. Neil Parish successfully defended his seat, while East Devon MP Huge Swire stood down. Simon Jupp went on to retain the seat for the Conservatives. 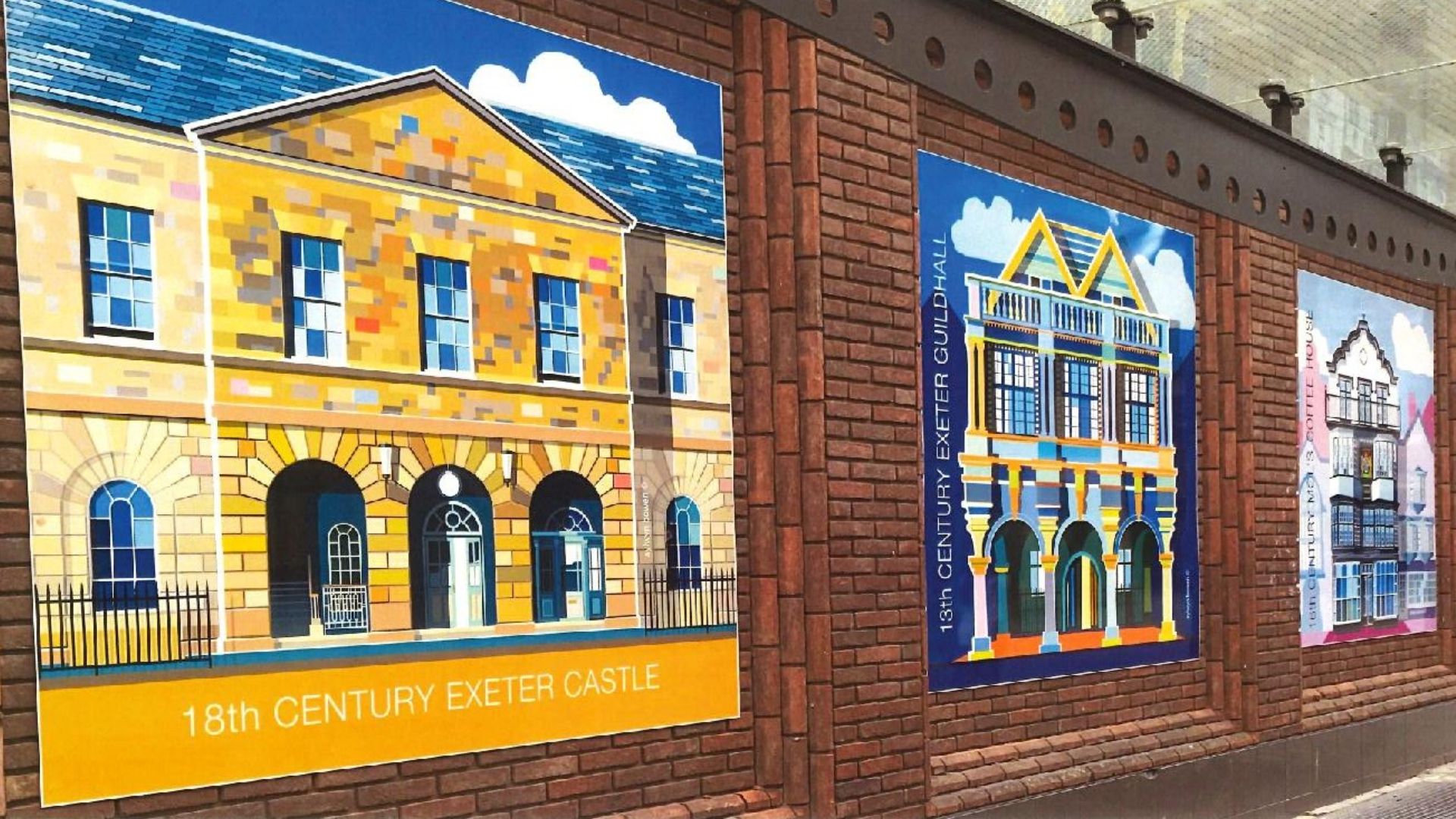 Alwyn Bowen’s prominent artwork in Exeter. He could undertake a similar project for Honiton, if the town council agrees to an initial spend of £5,000. 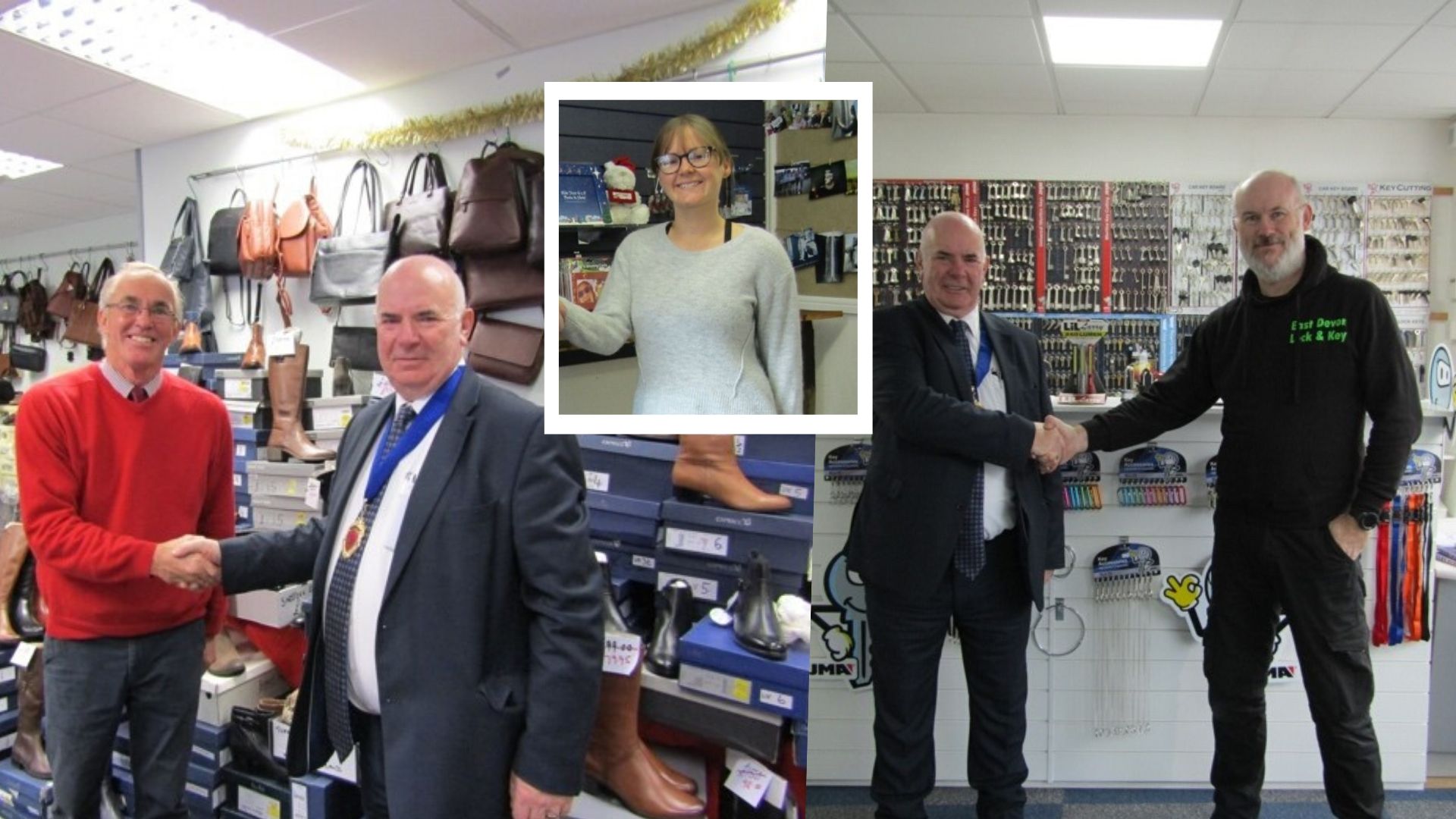 Police warned farmers in the Honiton area to be vigilant following a spate of cold callers targeting rural businesses.

A move to introduce pay and display parking charges in Dowell Street car park, Honiton, moved a step closer when East Devon District Council put the topic on an agenda.

It was revealed that Honiton Town Council could spend up to £8,000 creating an art trail and map, with works created by an eminent designer.

Honiton and District Chamber of Commerce and Industry was delighted to welcome three new independent traders to the town centre.

Two Honiton women found themselves on the New Year Honours List. Heather Penwarden is to receive the British Empire Medal (BEM) for her work as chair of The League of Friends of Honiton Hospital and for services to the community. Helen Reddy is to receive an OBE for her services to educational gymnastics.

It was revealed that Honiton Town Council is being asked to contribute £5,000 towards the next Gate to Plate event.