The Beach Clean Budleigh Salterton group, on Sunday, December 29, had volunteers clearing from the Lime Kiln car park towards town, while some helpers focused on the area around the River Otter mouth.

Volunteers picked up driftwood and debris washed up by tide, netting and dog mess.

Marta Marcote, Beach Clean Budleigh Salterton spokeswoman, said: “We always do our clean-ups at low tide, in order to cover as much beach as possible.

“This time it was full of driftwood and pieces of wood from gates and pallets. We took the ones with nails or paint.

“Ninety per cent of the rubbish found, around 15kg, was from the tide, as well as dog poo and lots of pieces of string or tangled nets, all old and ruined.”

The group of 13 volunteers also found evidence of beach fires, where pebbles had shattered from the heat. 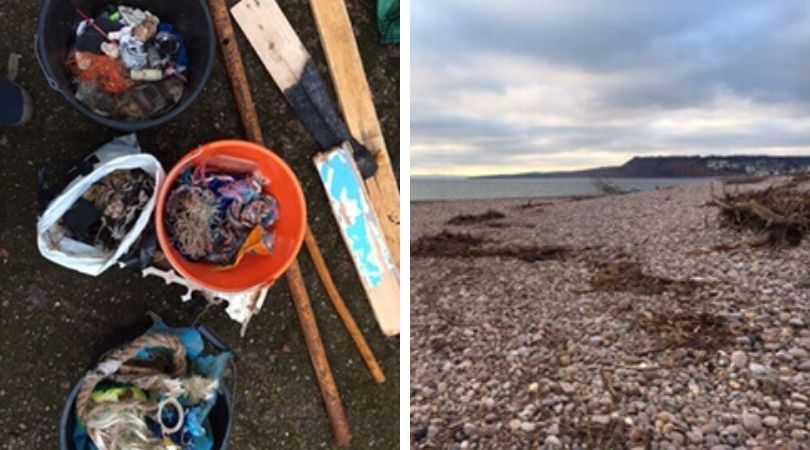 Wood and old nets were among the beach litter picked up by the volunteers.
Photos: Beach Clean Budleigh Salterton. 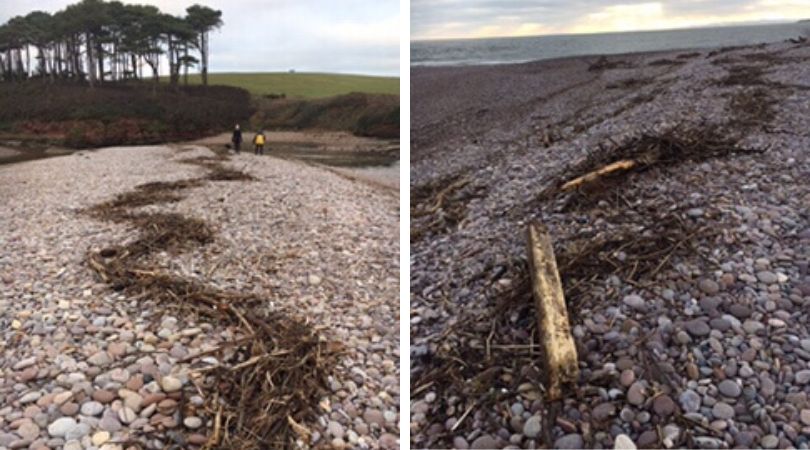