Thursday, April 2
Trending
You are at:Home»News»Exmouth»Exmouth firefighters warn of hidden dangers of driving through floodwater at night

Exmouth firefighters are warning of the hidden dangers of driving through floodwater – urging motorists to take extra care at night.

The advice comes after fresh flood alerts from the Environment Agency and further wet weather warnings from the Met Office.

The firefighters’ message comes after Exmouth’s Blue Watch and the retained crew recently rescued a family from a vehicle stuck in floodwater in Maer Lane.

One foot of floodwater will float many vehicles, meaning the driver has completely lost control…

With new flood warnings issued by the Environment Agency for parts of East Devon, Exmouth firefighters are urging motorists to drive with care and avoid standing water.

Crews at Exmouth said floodwater can cause drivers to lose control of vehicles, while shallow water can stall engines.

Watch commander Chris Gibbs, at Exmouth, said: “We advise all drivers not to drive through floodwater.

“Six inches of floodwater is normally enough to stall or damage a vehicle’s engine.

“And one foot of floodwater will float many vehicles, meaning the driver has completely lost control.”

“Extra care should be taken at night as the hazards are a lot less obvious.” 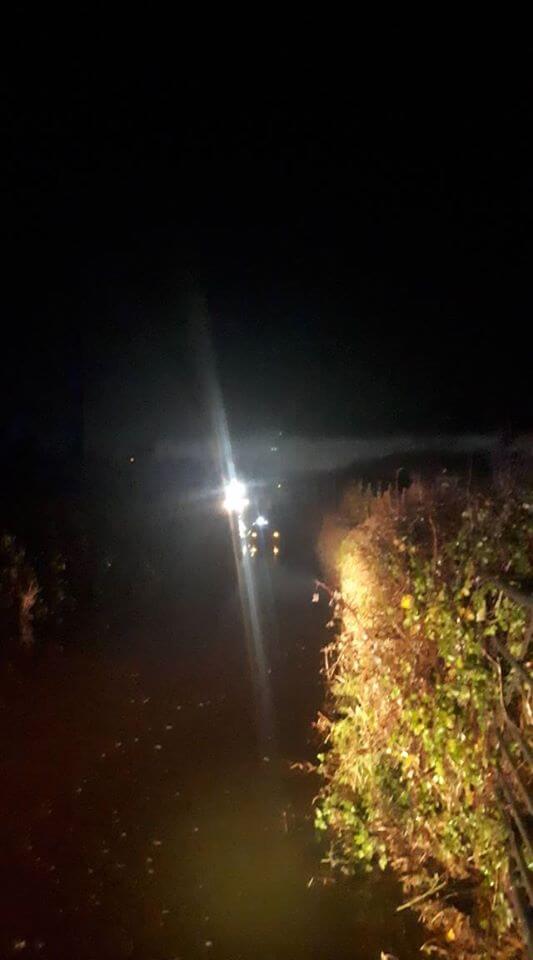