Businesses in Exeter are urged to Think Sink, stop the block, and be mindful of how they dispose of fat, oil, grease and food waste.

South West Water (SWW) is launching its Think Sink campaign in the city in a bid to highlight to businesses how food waste and fats can be disposed of responsibly.

The water company warned of the potential for creating a fatberg – similar to a 64-metre monster of congealed, fat, oil and wet wipes recently found lurking in Sidmouth’s sewers, which took eight weeks to remove.

Andrew Roantree, South West Water’s director of wastewater said every year the company deals with around 8,500 blocked sewers across the region, at a cost of around £4.5million.

He said: “Over the next couple of months, specially trained South West Water advisors will be visiting hotels, restaurants, cafes and other food service establishments to provide advice on correct waste disposal and the simple changes they can make to help stop the block in Exeter.”

With Christmas just around the corner, SWW is keen to highlight how a medium-sized turkey produces can produce three quarters of a pint of fat.

The water supplier each year said tens of thousands of litres of waste fat, cooking oil and grease was poured down sinks by residents and businesses unaware of the problems it can cause. 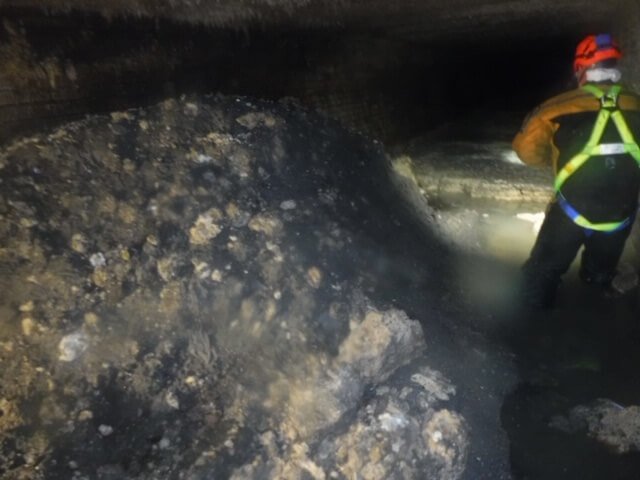