Tuesday, January 28
Trending
You are at:Home»News»Sidmouth»Planning boost for new Sidmouth skate park – with driving forces to ramp up plans for 2020 opening

Sidmouth has received an early Christmas present after a bid to revamp its skate park received a big boost – with hopes high the attraction can open next year.

Driving forces behind the Manstone project can ramp up their efforts to deliver the replacement facility after they were told it does not need further planning permission.

The news from the district authority means Sidmouth Town Council can avoid the lengthy process of obtaining permission.

It has vowed to speed up its plans and seek funding from developers’ cash, open space money and Sport England.

A completion date in 2020 has been earmarked for the new skate park.

Councillor Louise Cole, chair of the town council’s Youth Provision Working Group, said: “Children and young people in Sidmouth told us that a new skate park was high on their wish-list during the Neighbourhood Plan consultations. 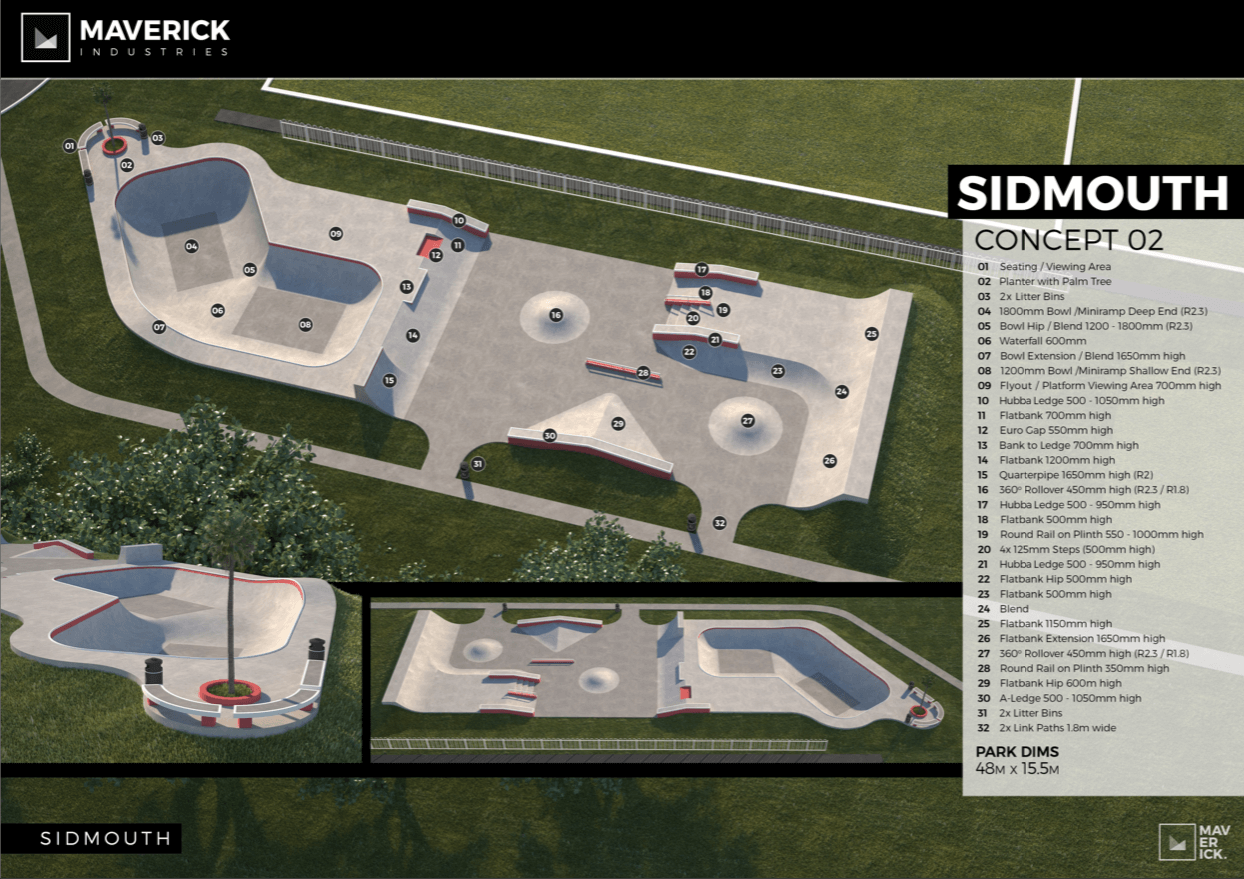 “Skate parks are a great asset to any community if they are well-designed and in the right place.

“They give young people a social and physical space, somewhere to be outside and active, develop their focus and skills and have fun with their friends, that is good for their wellbeing all round.

“Young people have been involved in the design work and I am really pleased that we can now move quickly to deliver it for them.”

Appointed skate park consultant and builder, Maverick, carried out extensive consultations with local users, the youth centre and residents during the spring and summer.

Sidmouth Town Council says plans are now being finalised utilising the feedback gained to ‘produce a truly top-quality facility for use by all ages and abilities’.

When the project was originally announced by councillors, its mooted cost was said to be in the region of £300,000. Plans are still being finalised before an up-to-date estimate is finalised.

The town council told eastdevonnews.co.uk its aim is to ‘provide the best possible facility with the funds and land available’.