Hugh Grant made a surprise visit to Sidmouth this morning (Monday) to urge East Devon voters to back Independent candidate Claire Wright in Thursday’s general election.

The actor, who played the Prime Minister in 2003 smash-hit Love Actually, says he has become politically active for the first time in his life.

He addressed a large crowd on the seafront before giving star-struck business owners and residents a shock by joining Ms Wright canvassing around the town.

They included staff at The Swann Inn pub, in York Street, who were delighted to meet the Four Weddings and a Funeral and Notting Hill leading man.

Nice to see Hugh: Film star Hugh Grant was a surprise visitor to The Swann Inn, Sidmouth. He is pictured with landlord and landlady Adrian and Julia Ricketts. Picture: The Swann Inn.

Adrian Ricketts, the pub’s landlord of 16 years, said: “We don’t get many celebs in here.

“He was lovely and genuine.

“No-one has been round to canvass my vote, I was only saying this morning, then you get an A-list celeb, Claire Wright and an ITV news crew.”

Hugh was in Sidmouth to promote tactical voting at the polls to stop a Conservative majority.

He addressed Ms Wright’s canvassers and supporters on the seafront and said: “For the first time in my life, I’m in a panic about this election 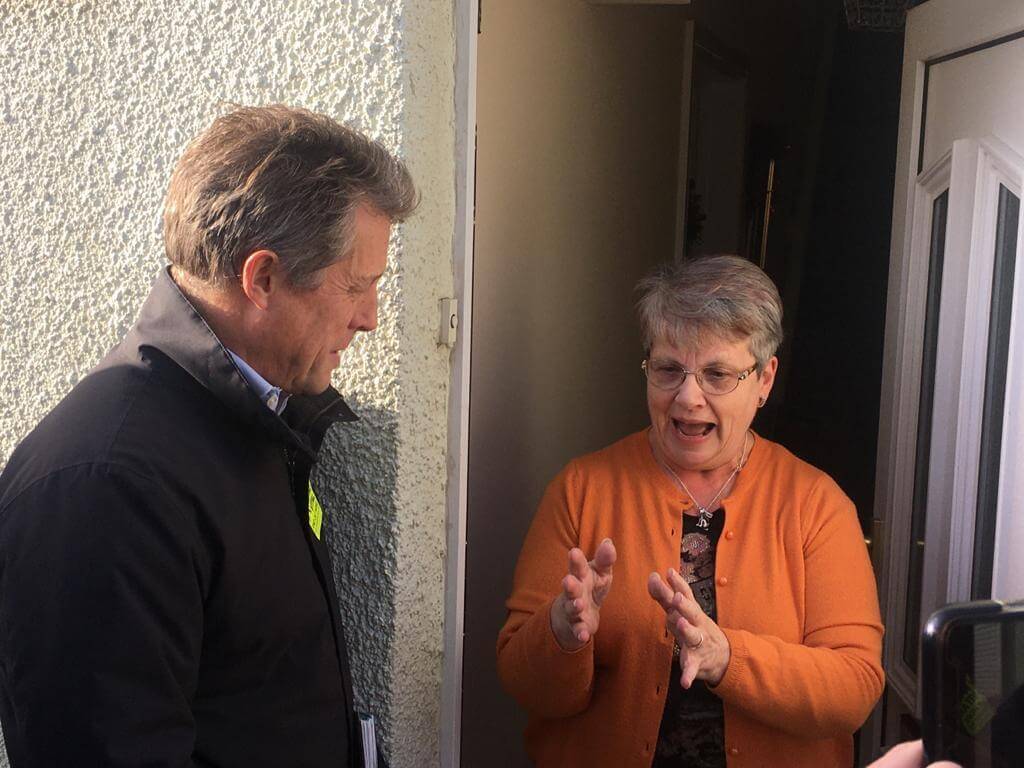 Chatting with a voter on the doorstep. Picture: Daniel Clark

“And everyone, pollsters, experts, pundits all point here to East Devon as a prime example of a wobbling Tory and a fantastic chance for a great candidate to take that seat.”

Asked why, as an actor, he has chosen to join the campaign trail, Hugh said: “I am also a citizen, a taxpayer, a parent, and I suppose a patriot too.

“I hate to see my country turn into a Trumpinton-on-Sea. I value our values and I hate to see our constitution trashed by political opportunists.

“At the referendum, I wasn’t that concerned about the relationship with the EU, but after I have read more and more about it, I find myself really angry about the way that we were conned in 2016, so this all begins with me for a feeling of rage about Brexit.”

He said that, in his constituency, he would be voting for the Liberal Democrats, as they have the best chance of winning.

Ms Wright, who has stood for election to be East Devon MP twice before, told the crowds: “Today is a kind of testimony to how much better this campaign is than any other campaign.

“I am really hopeful I am going to win on Thursday.”

Ms Wright, 44, said that it was an honour that Hugh had chosen her as one of the candidates to come out and support.

She added: “It was absolutely amazing and exciting and such good fun.

“It was just surreal to see someone only seen on films gets out of a car and say pleased they are pleased to meet you, and then say to crowds of people that you need to vote for her.

“I will go to bed tonight saying ‘did that really happen’, it’s just so extraordinary.” 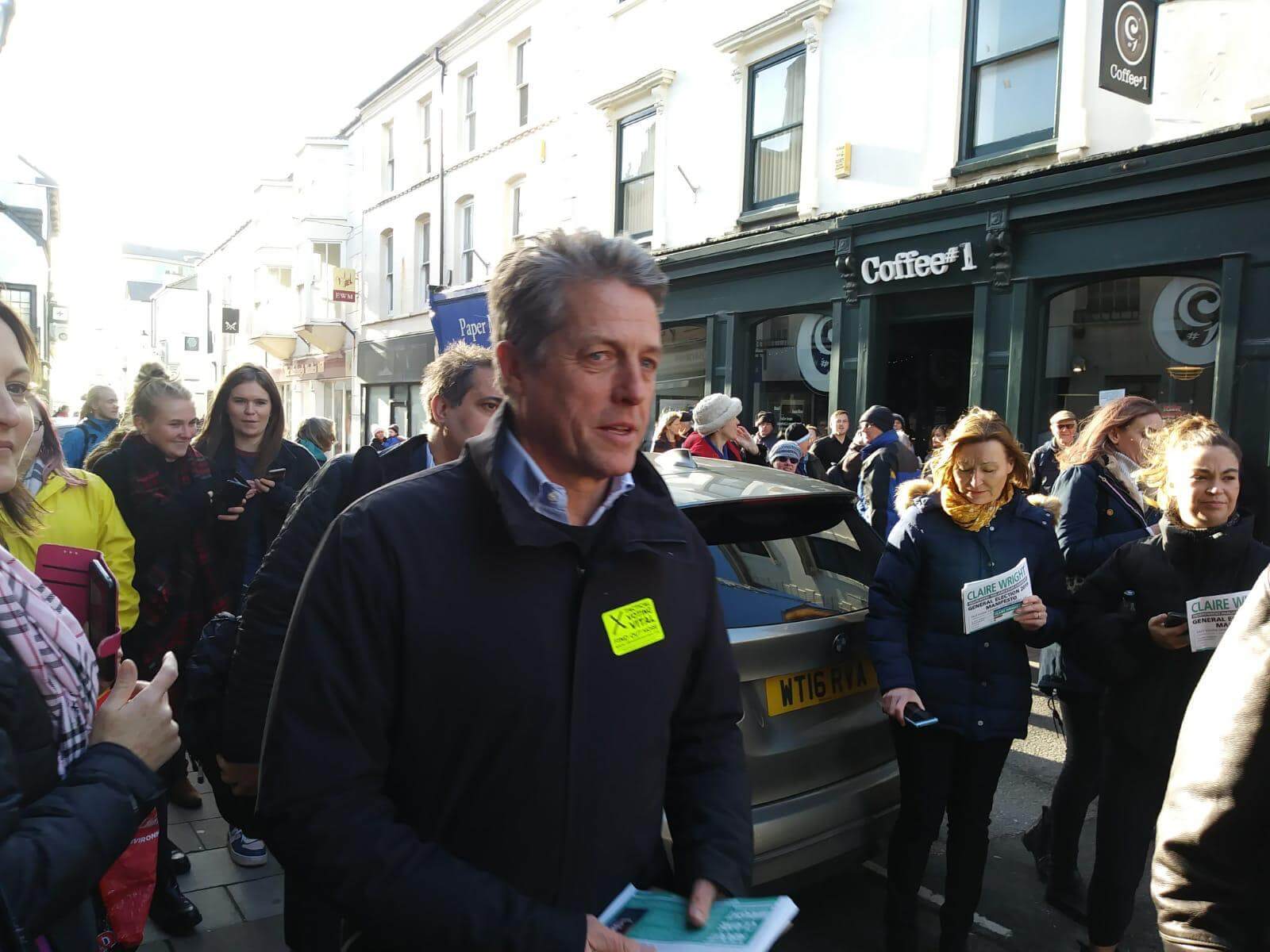 Speaking about her campaign, she said that things were feeling even more positive that it was back in 2017 when she finished second.

“It was great to see everyone down there,” she added.

“The campaign going really well. In 2017 it was really lively and full of hope and inspiration, but kind of still didn’t feel like I was going to win.

“This time, everywhere we go, it’s better than 2017 and there’s a different energy.

Who is the bookies’ favourite in East Devon, Honiton and Tiverton and Exeter?