Budleigh Salterton’s school has become the first in Devon to declare a climate emergency, winning praise from an ally of environmental activist Greta Thunberg.

St Peter’s Primary School pupils on Friday turned champions of saving the planet, setting out to the community the action they will take in tackling climate change.

Not only are you leading the way in a new way of teaching about the environment, but as far as I’m aware you’re the first school in Devon to declare a climate emergency. That is very cool…

The pupils’ trailblazing efforts earned the praise of a teenage climate champion from Exmouth, who compared the school to her friend Greta Thunberg in setting an example for others to follow.

Jess Nicholls, aged15, one of the students who helped set up the Youth Strikes in Devon a year ago, told St Peter’s Primary School pupils: “Not only are you leading the way in a new way of teaching about the environment, but as far as I’m aware you’re the first school in Devon to declare a climate emergency. That is very cool.

“Being the first to start something is often scary, but it means you’re more courageous and bolder than everyone else.

“People might be mean or rude to you because you’re standing up for the planet, but remember they’re only doing that because their scared to admit the truth: that you’re right and they’re wrong.

“I will definitely use your school as an example of how we can bring protecting the environment into our everyday lives.

“You should all be very, very proud of what your school is doing.

“Remember that you are on the right side of history and people in the future will thank you for it. Well done.”

She added: “My friend Greta [Thunberg] was the first person to go on school strike for the climate, last year in Sweden.

“Back then she was a quiet teenager and nobody really knew who she was, now it seems almost everyone in the world knows her name and millions have followed in her footsteps.

“She is a good example of what a huge impact children can have on important people.”

The school declared a climate emergency in front of invited parents, councillors and the community, and signed a declaration of action, setting out what staff and pupils will do to minimise their impact on the planet.

The school said it will educate and inspire through environmentally-friendly actions and asked local business and the community to acknowledge its intentions. The school fully supports Devon County Council’s climate emergency declaration.

Steve Hitchcock, St Peter’s Primary School headteacher, said: “There are many things that schools do that are important.

“However, faced with the fact we are sleep-walking into a global disaster, I am so pleased our pupils are up for making their voices heard.

“This is the most important thing we can do for them and their futures. We need our politicians and big businesses to pay attention.”

The school declared a climate emergency during the pupils’ afternoon assembly, where St Peter’s school eco leader Jemima Moore, and the emergency services, burst in with flashing lights to highlight the severity of the situation.

Pupils heard from a scientist about climate change and were invited to make a pledge to take action.

The youngsters made placards, drew up speeches and took to the town to tell Budleigh about the school’s intentions – inviting the community to join forces in tackling the climate emergency.

Pupils shared their speeches with the rest of the school and listened when Jess Nichols, who has been campaigning with Greta Thunberg, spoke.

Jemima Moore, the school’s eco leader, said: ‘We know that we’re living at a time of climate emergency and must act decisively to protect the futures of the children who we care for.

“I hope that hearing the children’s voices on this most important issue will put it at the top of the agenda in the minds of their families and community.

“As adults, we make many choices that our children don’t get to and must be champions for their futures.” 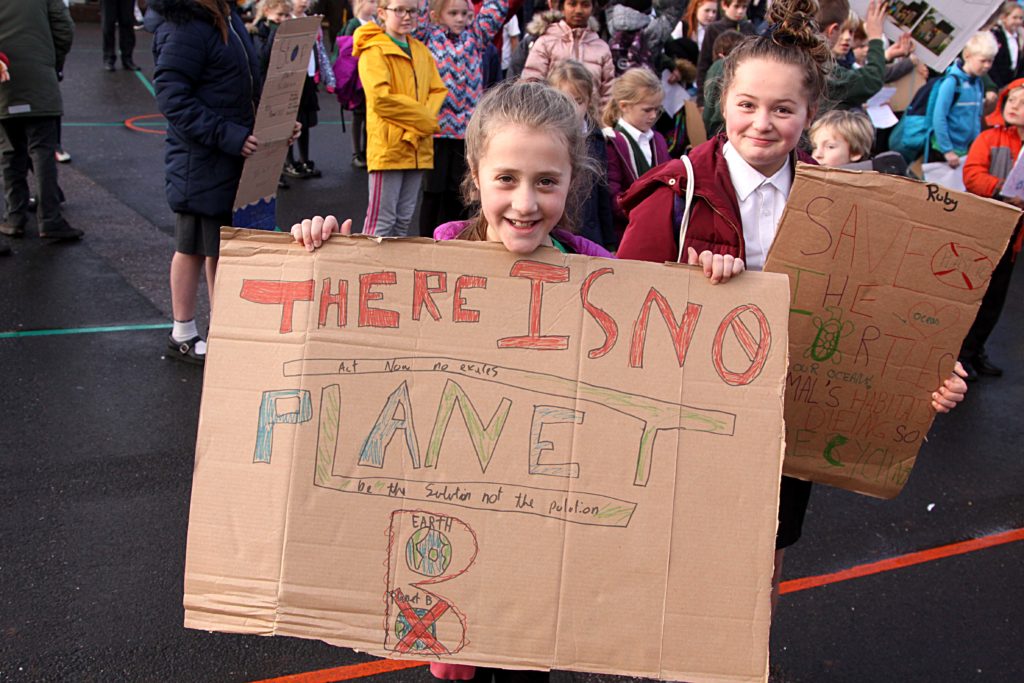 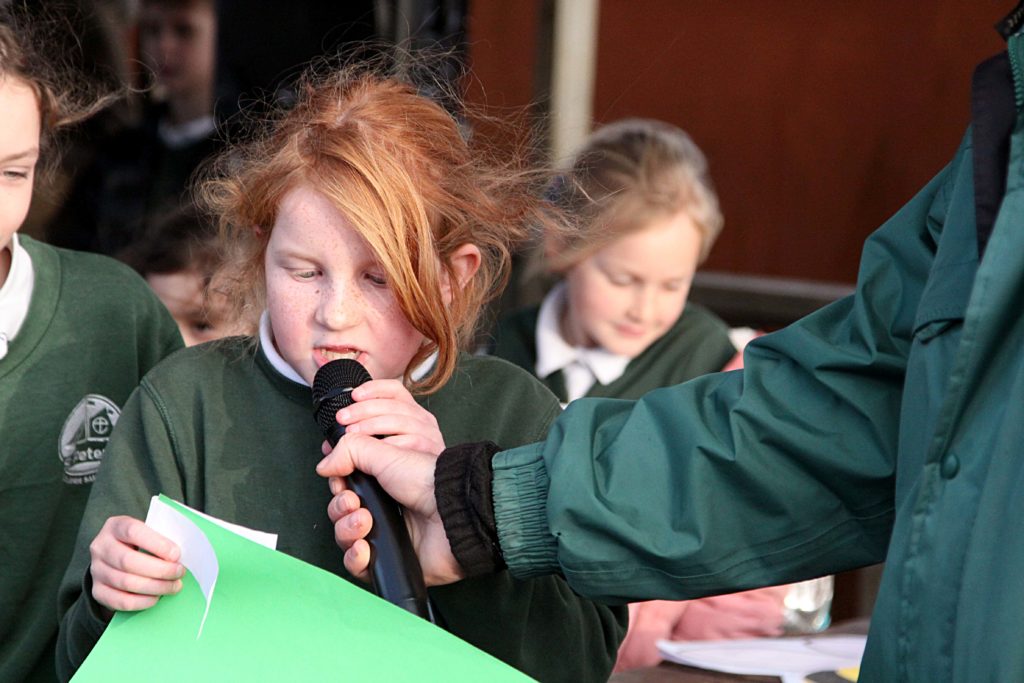 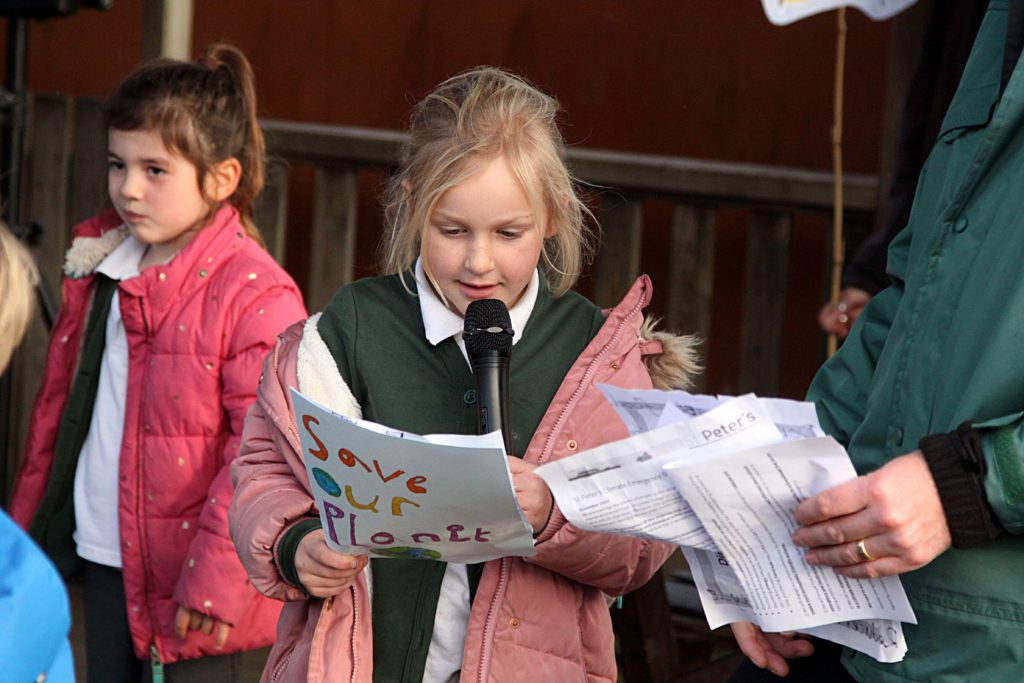 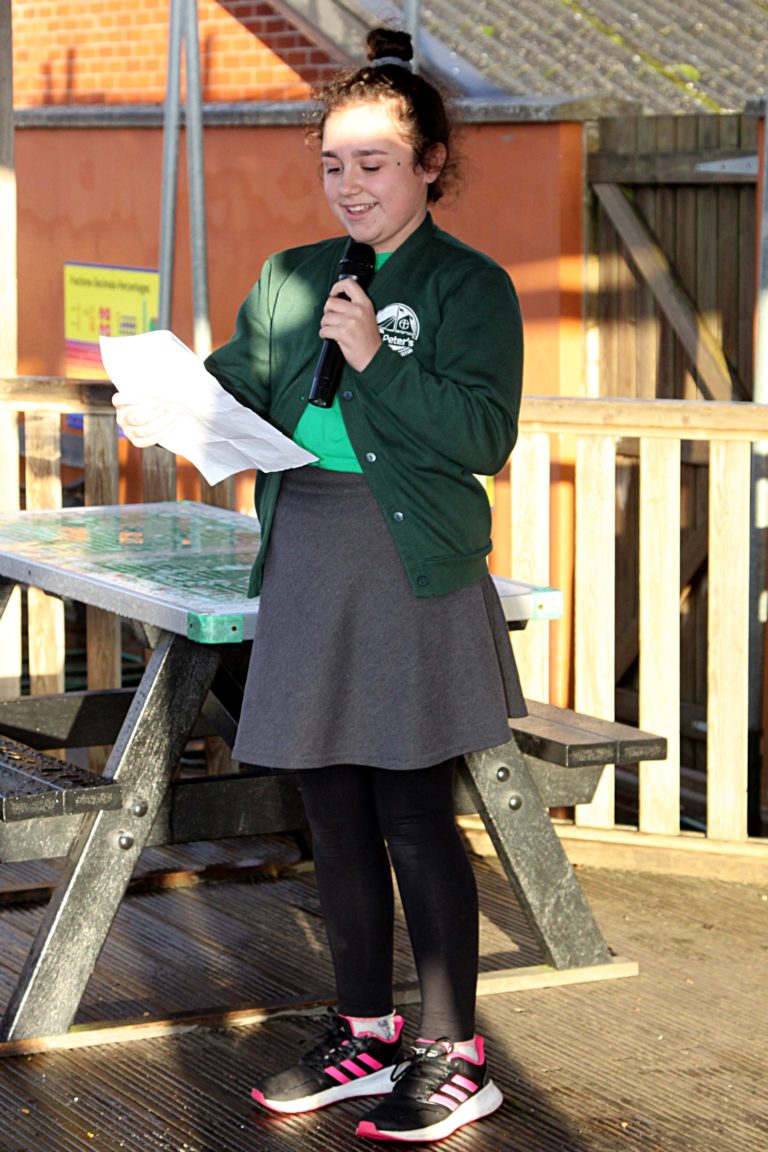 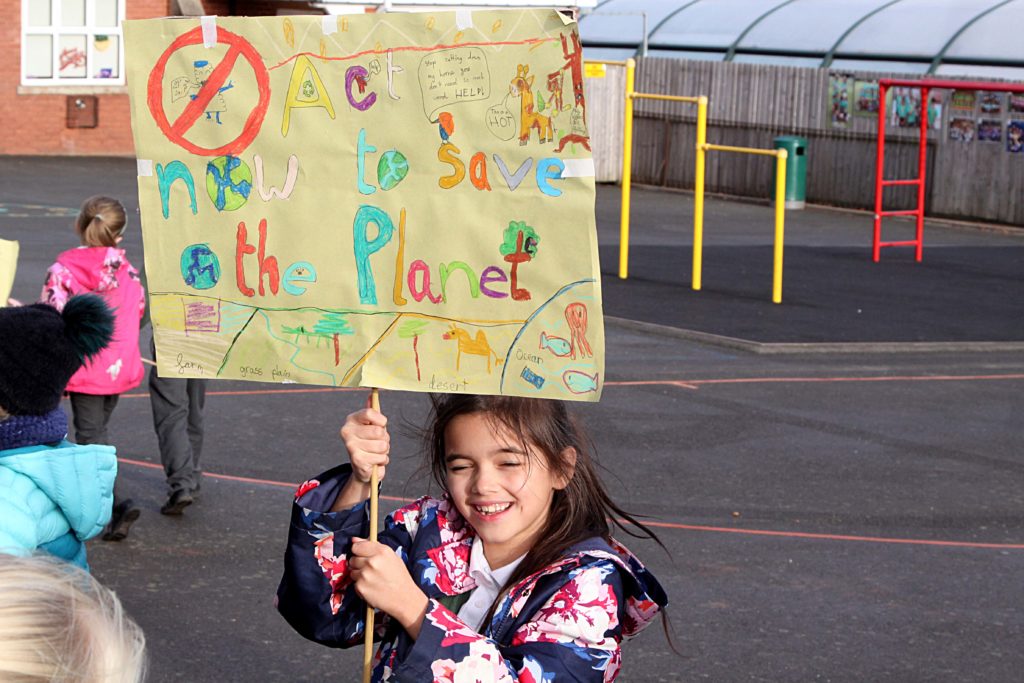 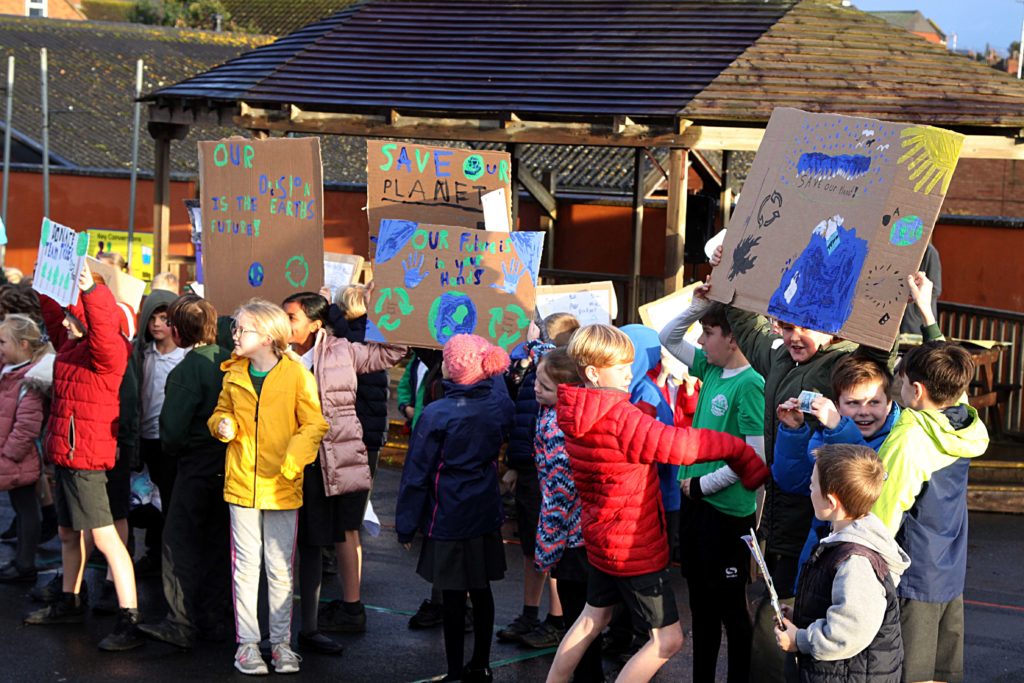 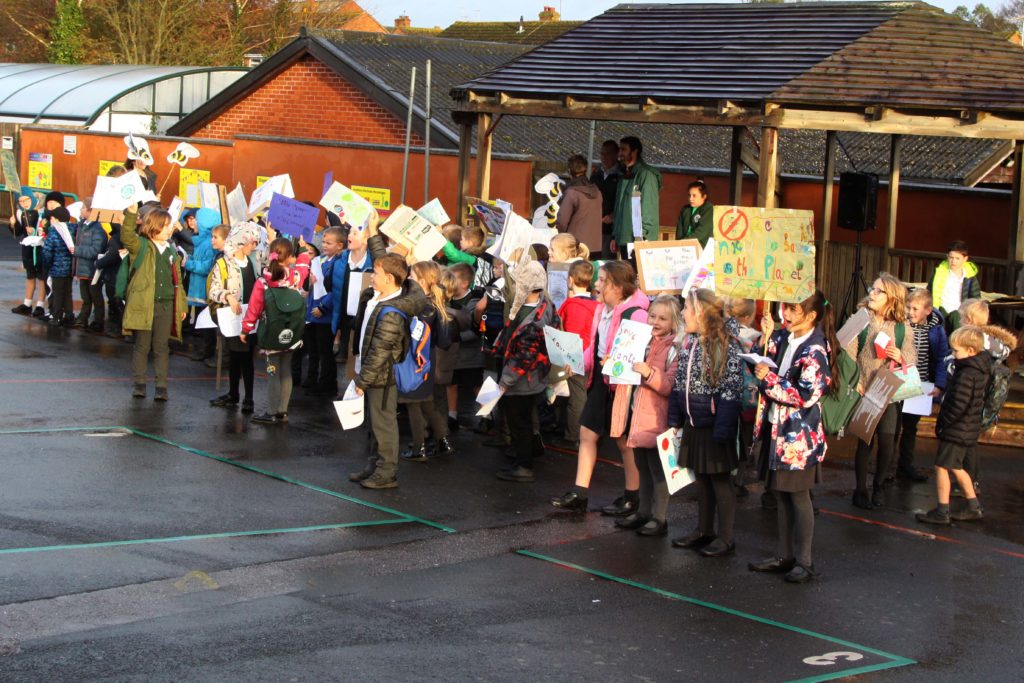 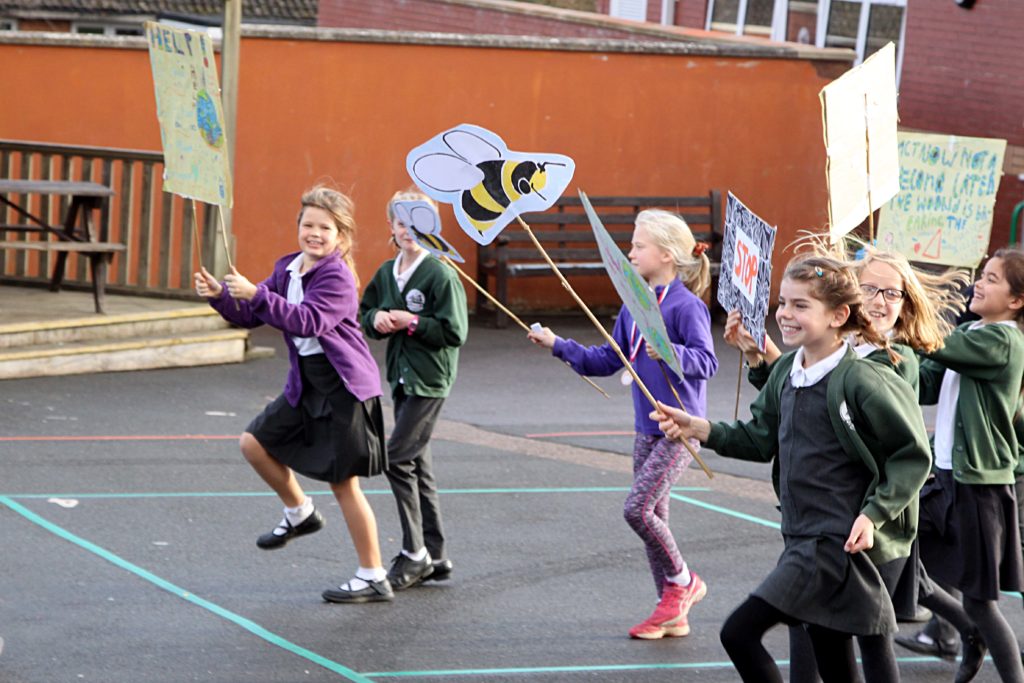 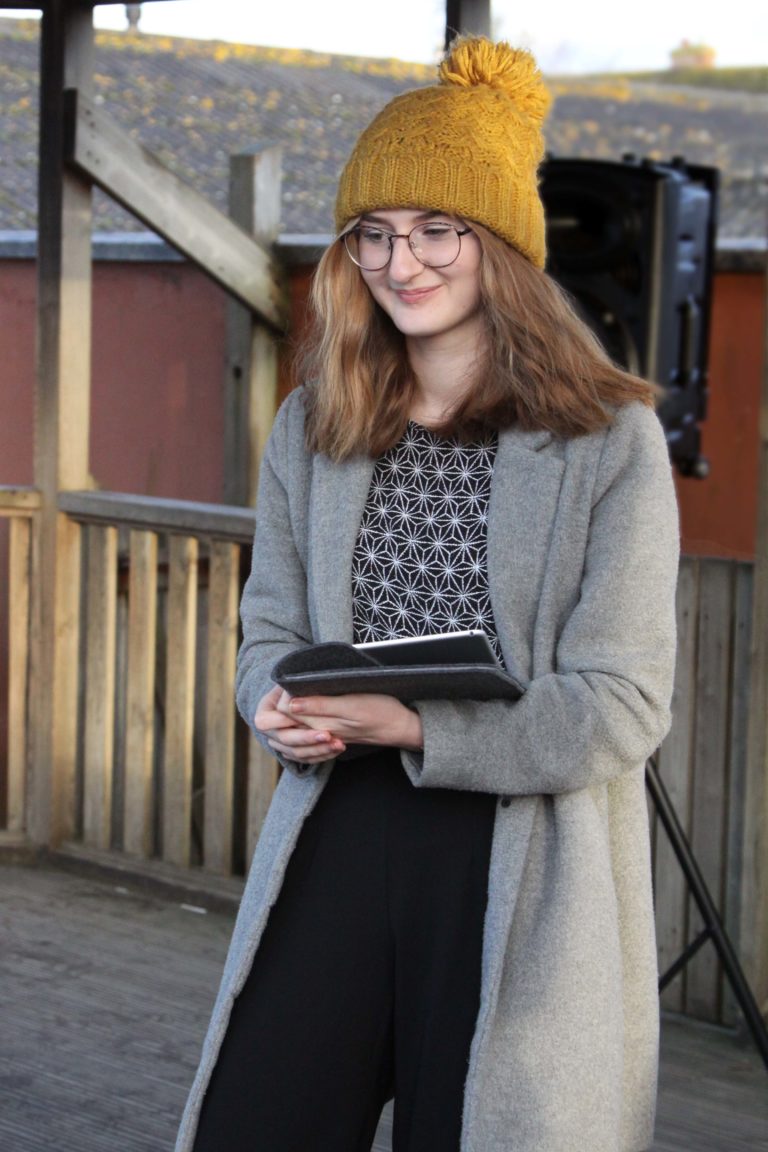 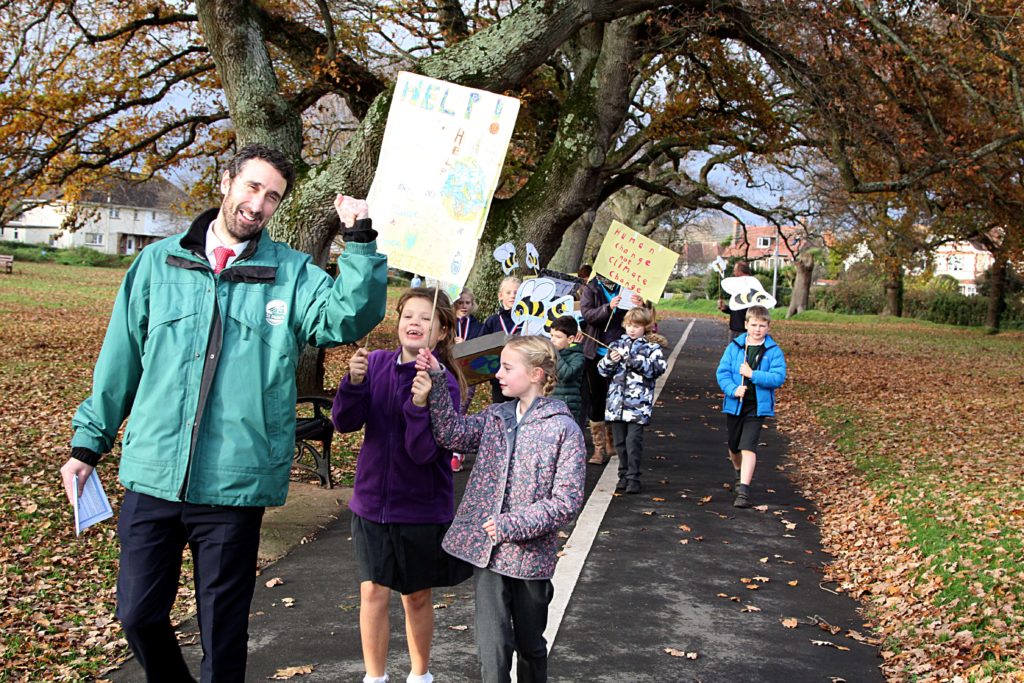 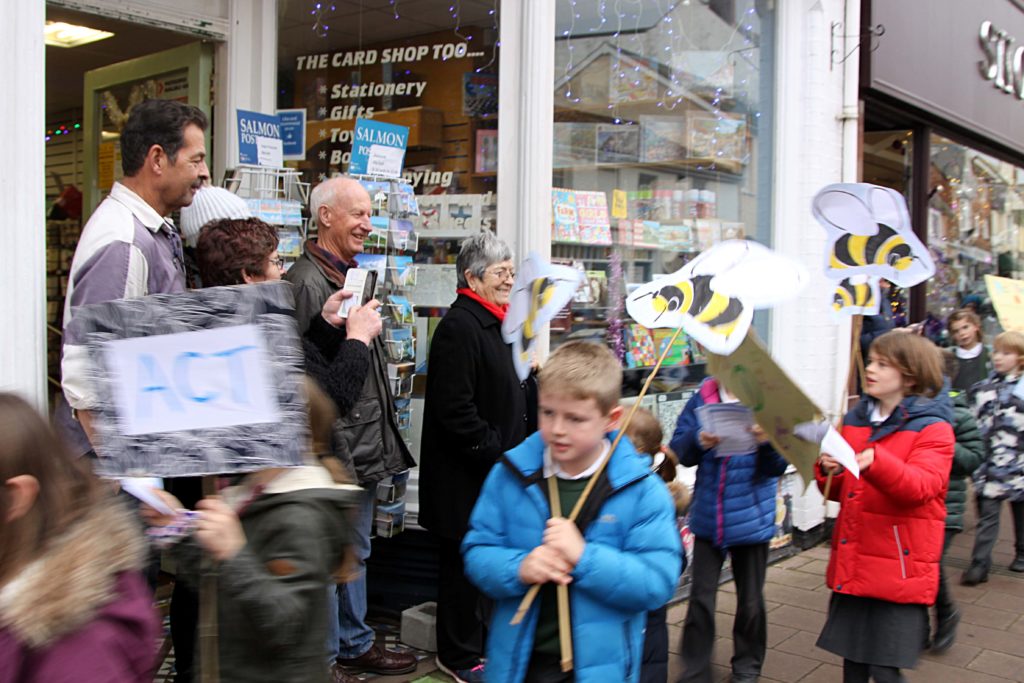 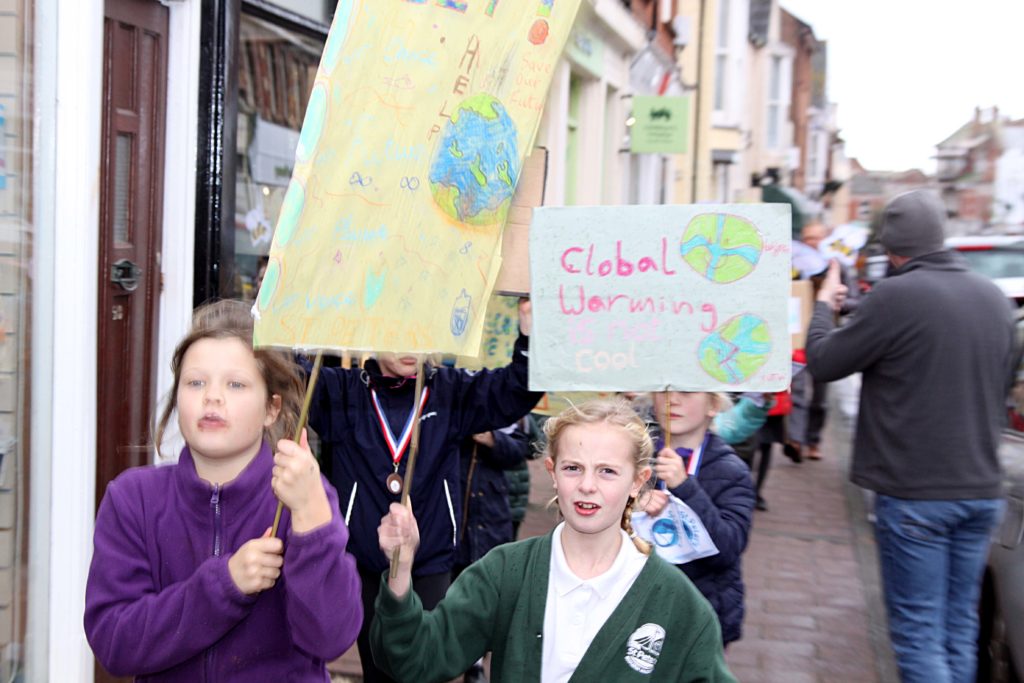 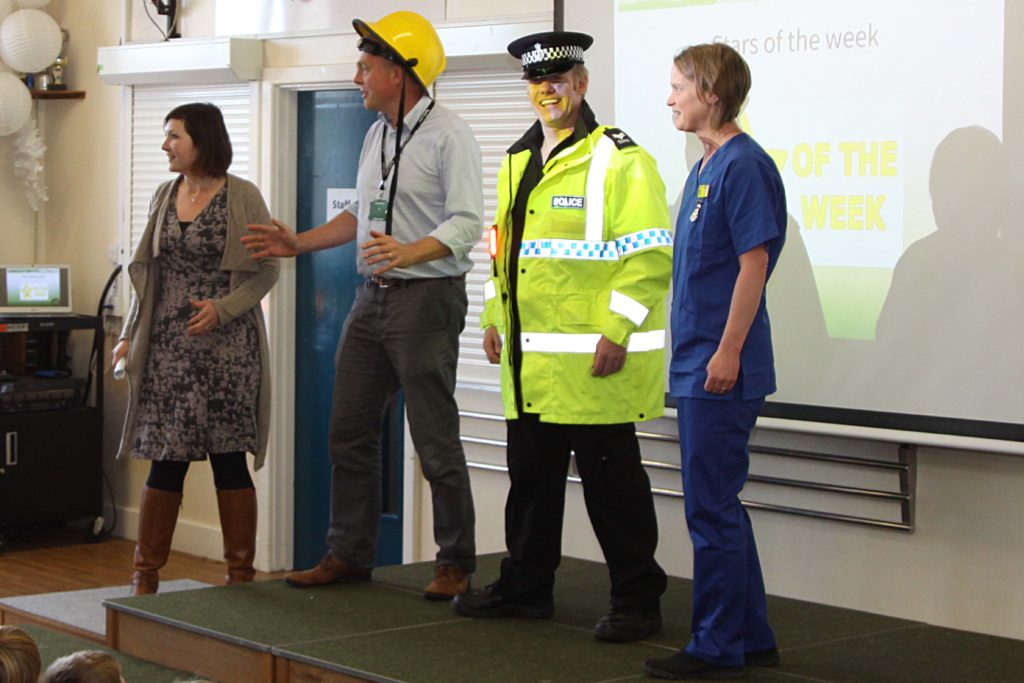 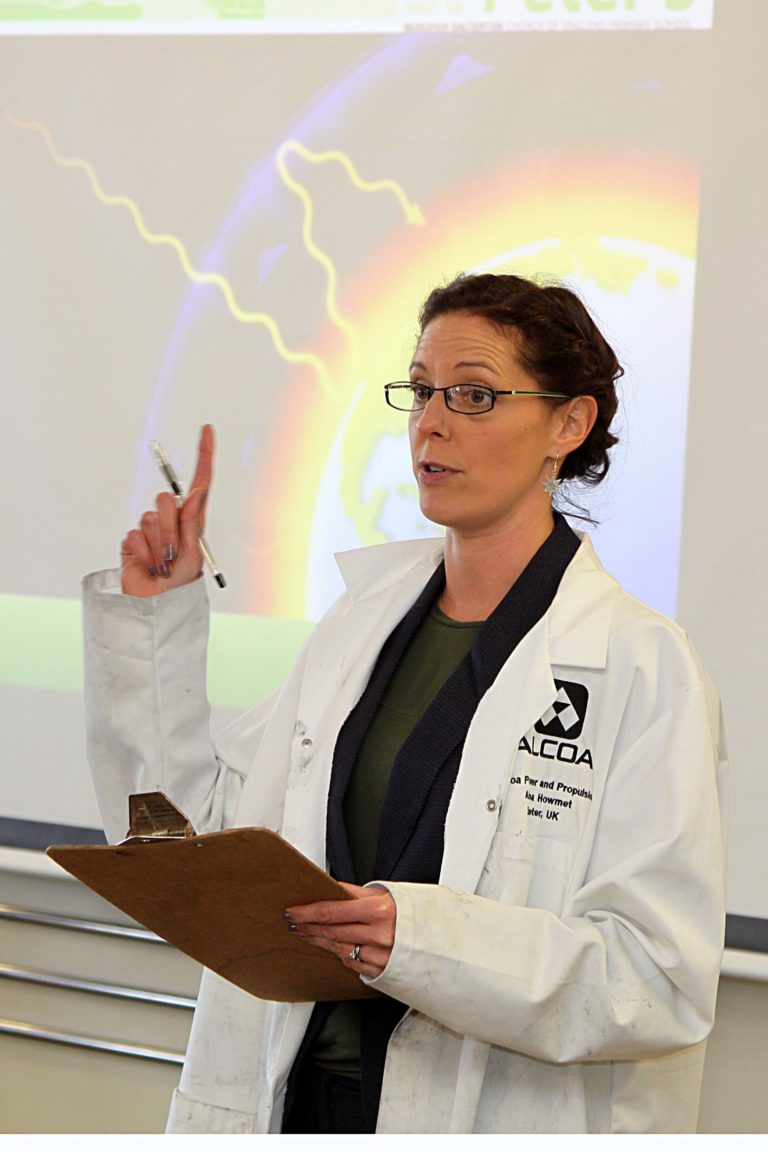 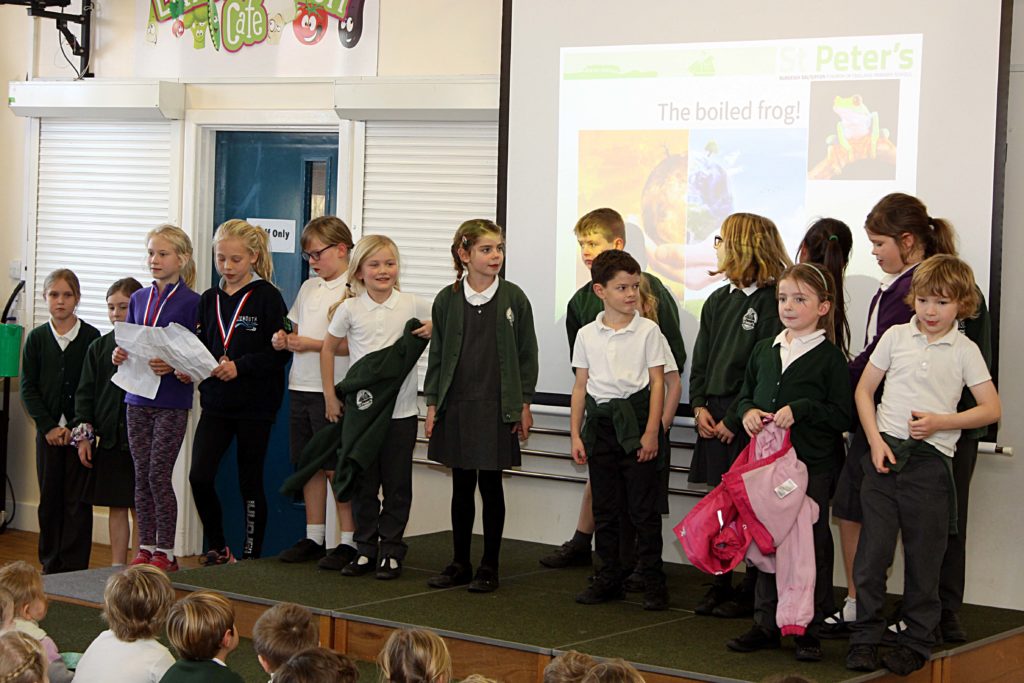 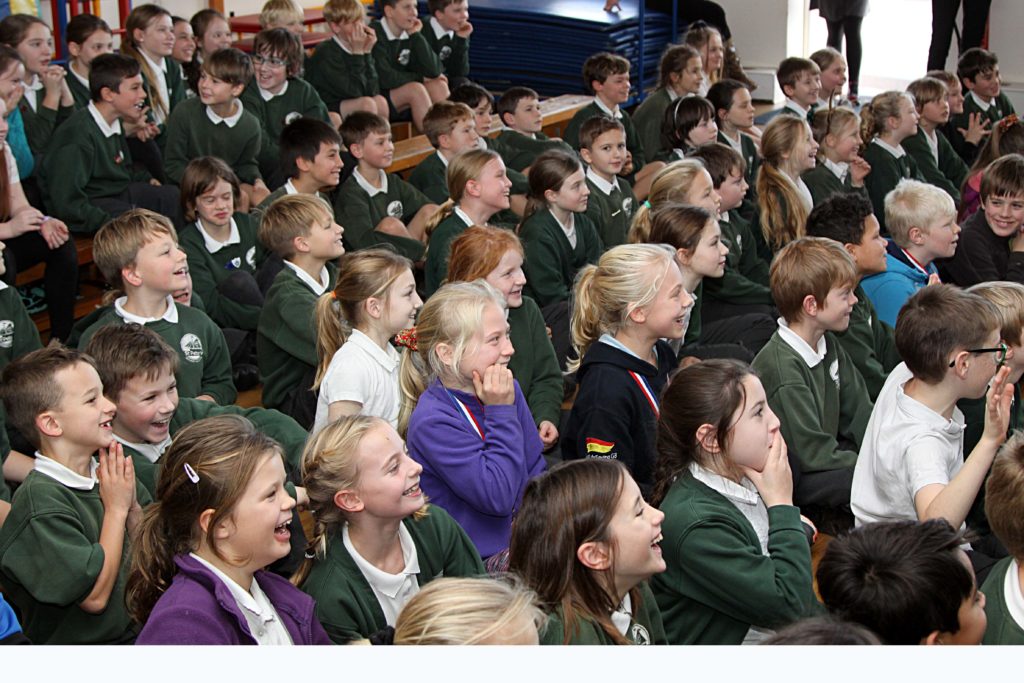 PHOTOS & RESULTS: And the winner of Budleigh’s best dressed window competition is…..