Thursday, August 18
Trending
You are at:Home»News»Study warning swathes of East Devon and Exeter could be under water by 2050 ‘doesn’t realistically predict likelihood of future flooding’

A study’s stark warning that huge swathes of East Devon and Exeter could be under water by 2050 has been played down by county council chiefs.

Independent organisation Climate Central, made up of scientists and journalists researching climate change, has produced an interactive map predicting how communities could be hit.

It shows how large areas of Exmouth, Budleigh Salterton, Sidmouth, Seaton, Exeter and Topsham could fall victim to rising sea levels in the next three decades. 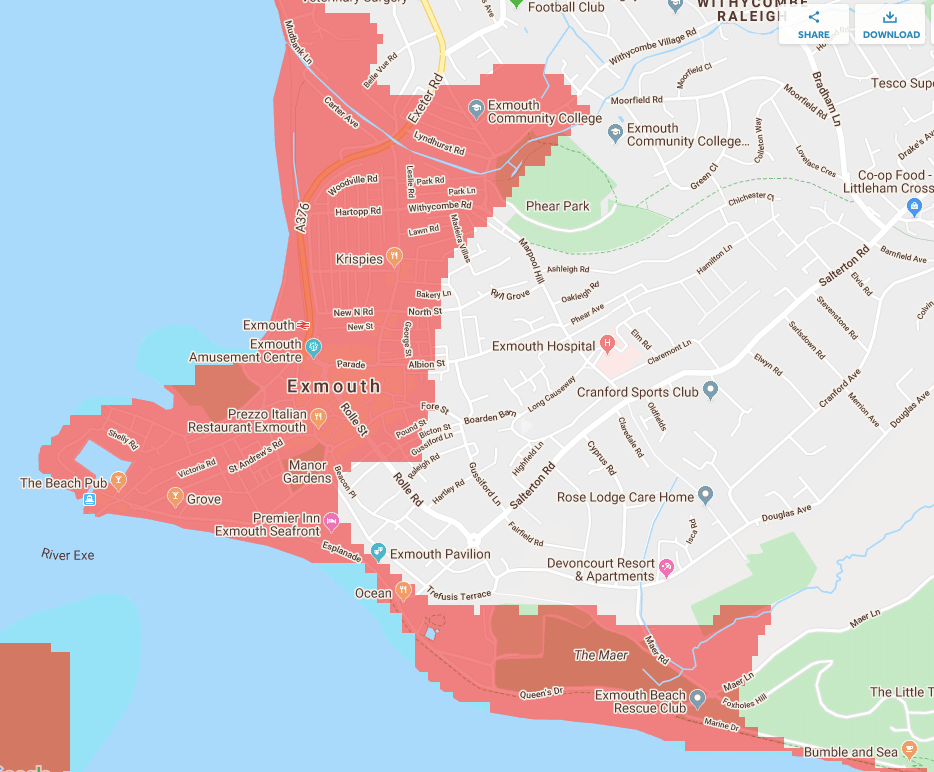 A prediction of how rising sea levels could affect Exmouth by 2050. Picture: Climate Control

While having clear value in illustrating those areas theoretically at risk from rising sea level, it doesn’t enable the people of Devon to realistically predict the actual likelihood of future flooding in these low-lying areas – Cllr Roger Croad

A meeting of Devon County Council (DCC) this week heard pleas for proactive action – but was also told the prediction does not take existing defences into account.

Councillor Gordon Hook said: “The report states that large areas of Devon will be under water by 2050, just 30 years away.

“We are having to prepare for and cope with the problems right now.

“The report suggests that large parts of Newton Abbot town centre will be adversely affected, as will Westward Ho; Braunton; Topsham; Exmouth and Exeter amongst many other areas.” 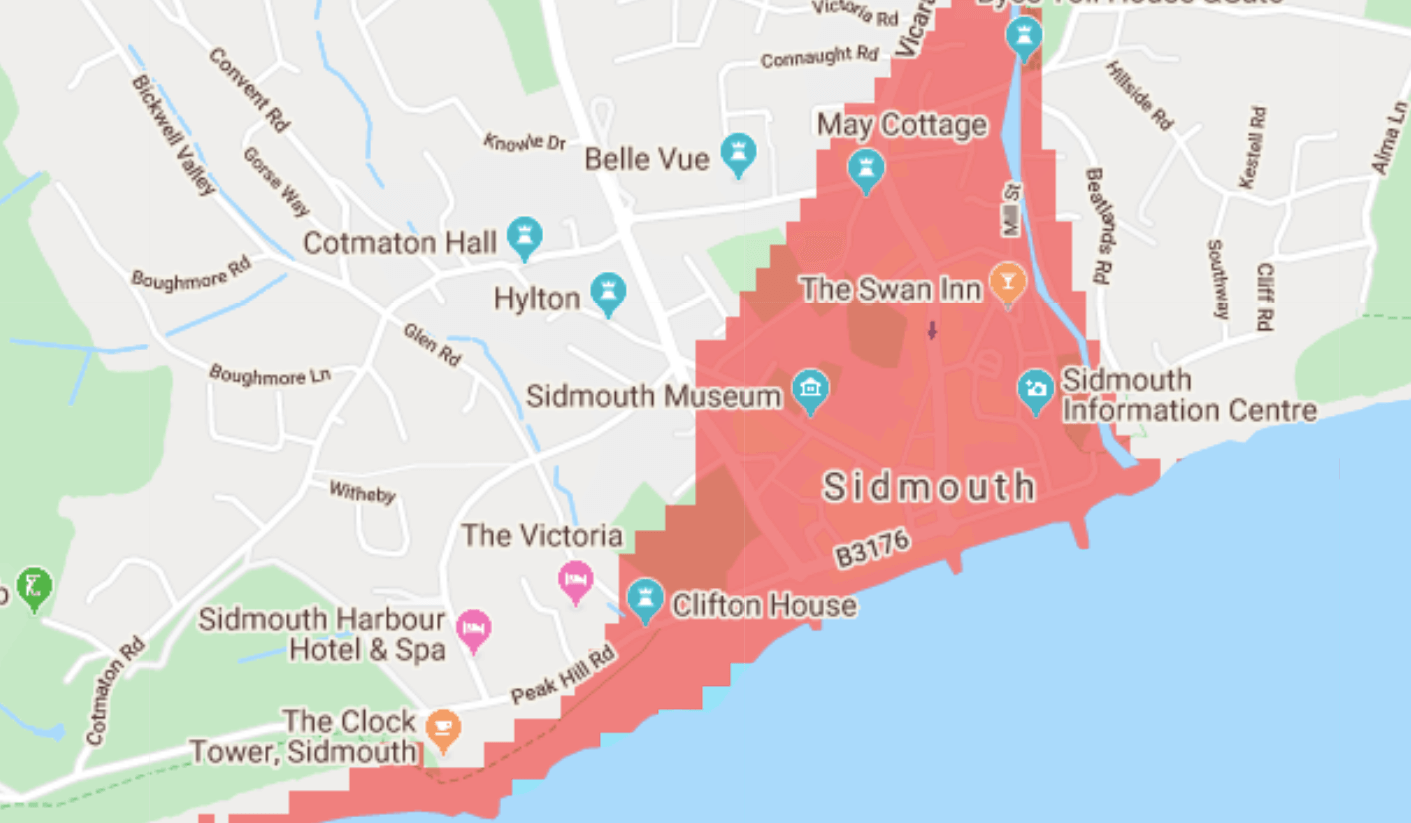 A vision for Sidmouth?Picture: Climate Control

He added that the council would be revising and updating the Devon Local Flood Risk Management Strategy next year.

Cllr Croad said that, while the interactive map shows the theoretical risk of flooding in coastal areas associated with a projected future sea level rise, it does not take account of existing flood defences. 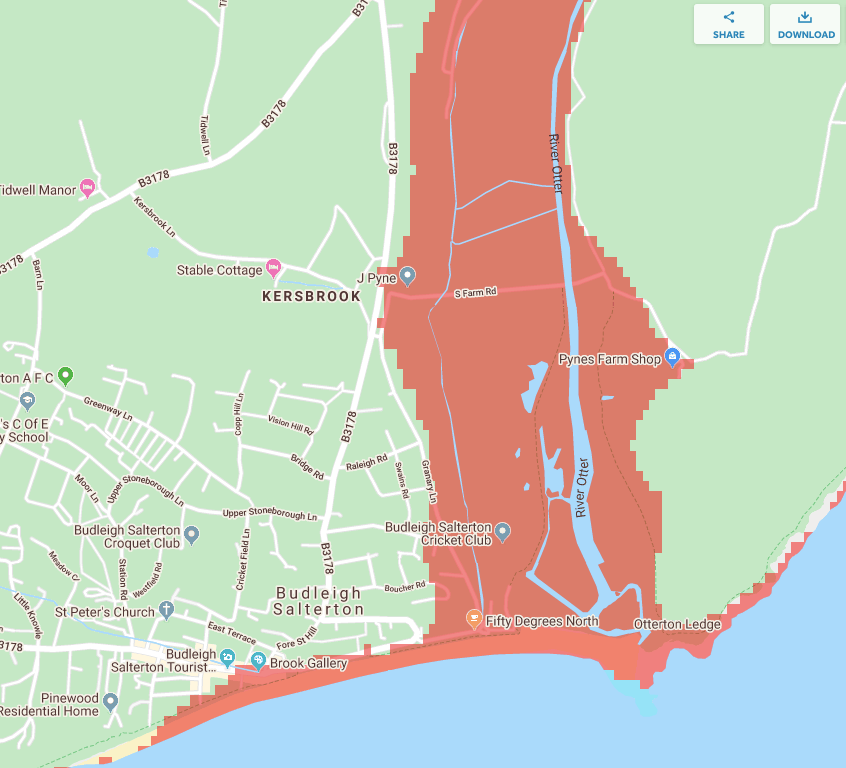 Budleigh Salterton would take a battering from the sea, according to the study. Picture: Climate Control

He added: “While having clear value in illustrating those areas theoretically at risk from rising sea level, it doesn’t enable the people of Devon to realistically predict the actual likelihood of future flooding in these low-lying areas.

“This will be dependent upon the maintenance of existing flood defences or their extension and upgrading to provide the necessary standard of protection to deal with this future risk.” 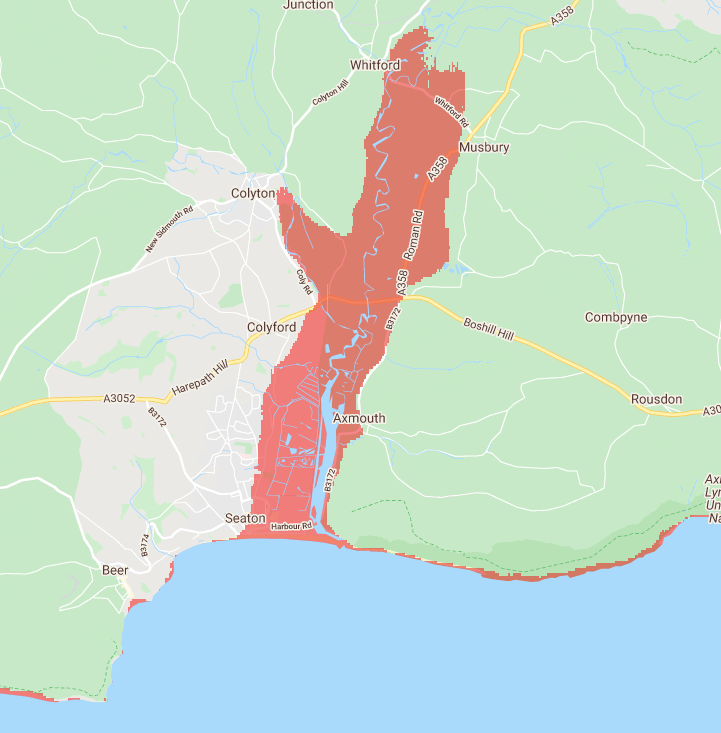 Seaton could be swamped, according to the study. Picture: Climate Control

Cllr Croad said the body with specific responsibility for such coastal – and associated main river – flooding is the EA.

He added: “On this basis, it is their role to anticipate and plan for such risk, rather than it being the responsibility of Devon County Council.

“Having said that, we often work closely in partnership with the Environment Agency in addressing such risks, an example of this being the DCC investment of £3million in the Exeter Flood Defence Scheme.

“Also, in our role as Lead Local Flood Authority, we will be revising and updating the Devon Local Flood Risk Management Strategy next year and this will take account of the latest climate change projection and accord with the new national flood risk management strategy. 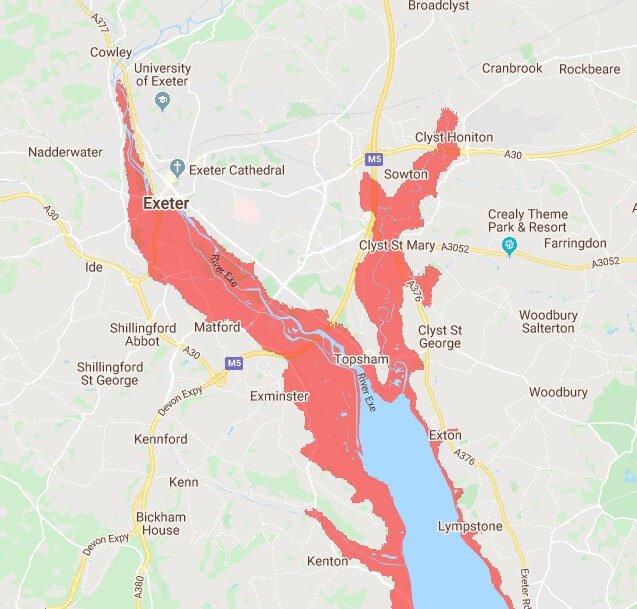 The prediction for the Exeter and Topsham areas. Picture: Climate Control

Cllr Paul Crabb questioned the veracity of the maps.

He said: “The map is designed to just get a lot of red on it, and the Environment Agency is a better source of information.” 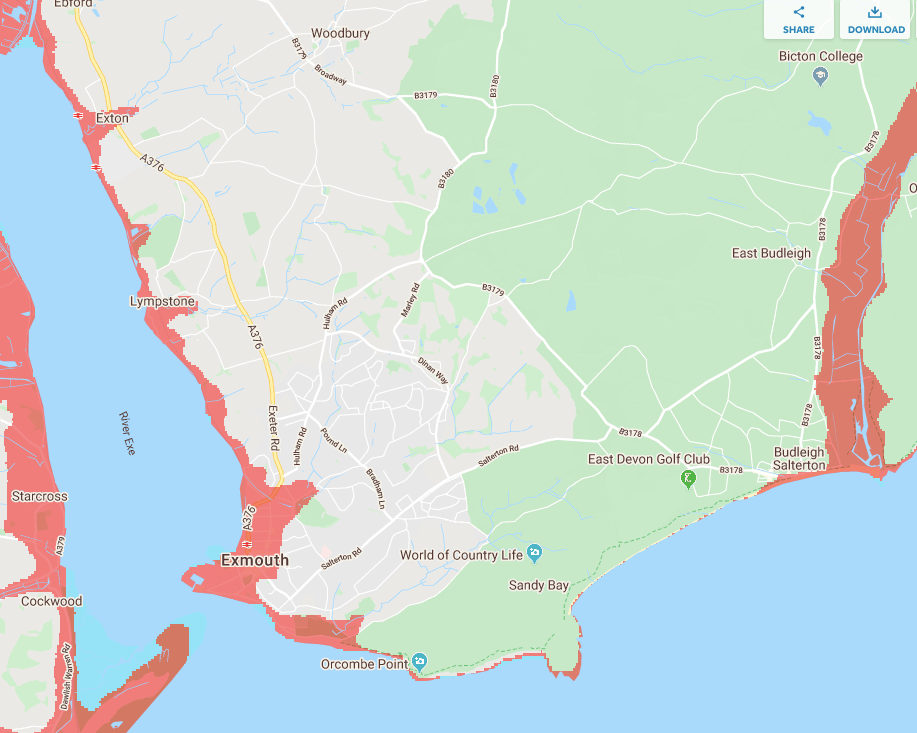 A view of the Exe Estuary and a slice of the East Devon coast in the interactive map. Picture: Climate Control 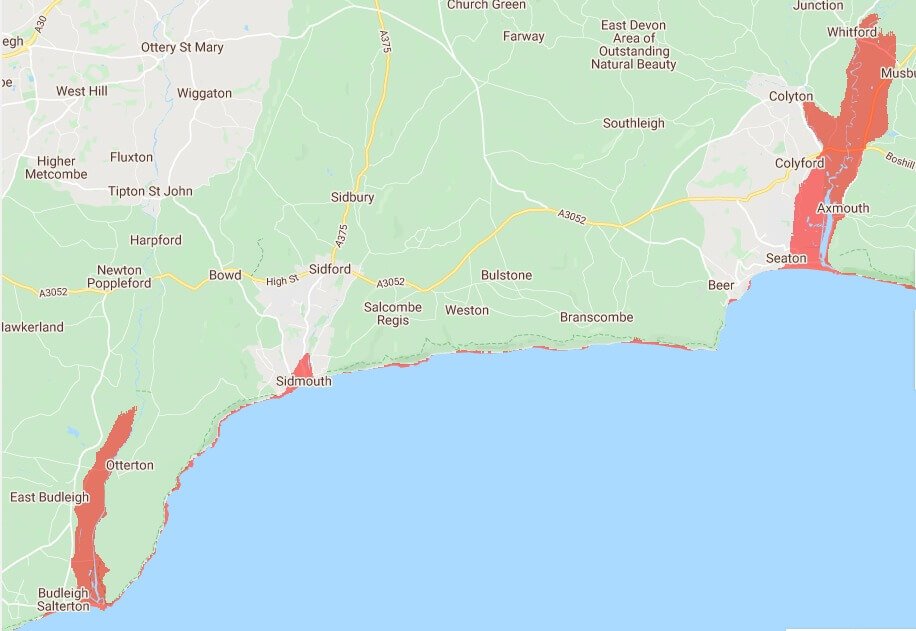 How the East Devon coast could fare against rising sea levels in the next three decades. Picture: Climate Control