Sunday, May 31
Trending
You are at:Home»News»Honiton»General Election 2019: The five parliamentary hopefuls in the Honiton and Tiverton constituency

Five prospective parliamentary candidates have been campaigning to be the next MP for the Honiton and Tiverton constituency ahead of the general election on Thursday, December 12.

All of the House of Commons hopefuls were contacted a fortnight ago, either directly or through their political parties, to provide 150 – 200 words on who they are and why residents should vote for them.

The Honiton and Tiverton constituency includes Seaton and Axminster.

There are eight Independents, while the Brexit Party and UKIP each have two candidates. 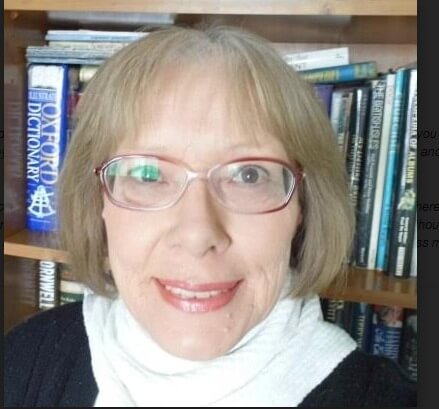 Let’s face it – our current crop of politicians have let us down.  They promised us Brexit and they failed to deliver. It’s time for change and someone who really represents local voters.

UKIP believes Britain deserves better and the current Boris deal is just a rehash of the one Theresa May failed to deliver after three years of negotiations.  This is not what we were promised and 17.4million people voted for.

UKIP will, with your support, deliver a full clean-break Brexit that puts us back in control of our own destiny, but we also have a full range of policies for life after Brexit. You can see our manifesto at www.ukip.org.

We are the only party that is serious about ending mass immigration, currently an average of 250,000 a year.  This is unsustainable and puts pressure on jobs, housing, roads and public services.

We would put the NHS ahead of foreign aid, scrap the BBC licence fee and ban non-stun slaughter. We defend British values and free speech.

I understand business, having worked in advertising sales to South West businesses and running my own small catering firm.

Start asking questions, research the problems.  If elected I vow to help you. 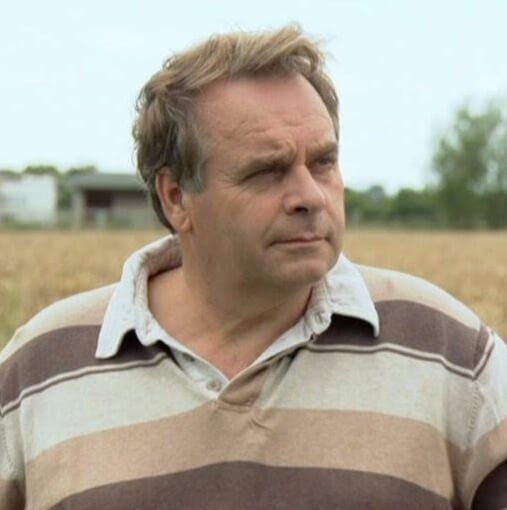 Neil Parish has represented Honiton and Tiverton for nine years.

Neil has been the MP for Tiverton and Honiton constituency since 2010. He has also been chair of the powerful Environment Food and Rural Affairs Select Committee since 2015, holding the Government to account.

Prior to entering Parliament, Neil was a dairy farmer, local councillor – and then a popular MEP for the South West of England. There, he led the Agriculture and Rural Development Committee and famously fought hard to get British beef back into EU markets after the BSE scandal.

Neil is passionate about animal welfare and his other interests include the politics of Africa. There remains a ban against Neil entering Zimbabwe, after he was highly critical of the Mugabe regime following the 2008 elections.

Throughout his time in politics, at all levels, Neil’s focus has always been standing up for residents and being a strong voice for the countryside.

In 2017, Neil increased his share of the local vote to 61.4 per cent. In this election, he is prioritising getting Brexit done, investing in local schools, hospitals and police.

He has also pledged to deliver on other vital issues like better broadband, pensioner and veteran care, transport upgrades and environmental protections.

Neil is married to his wife Sue. They have two children and two grandchildren. 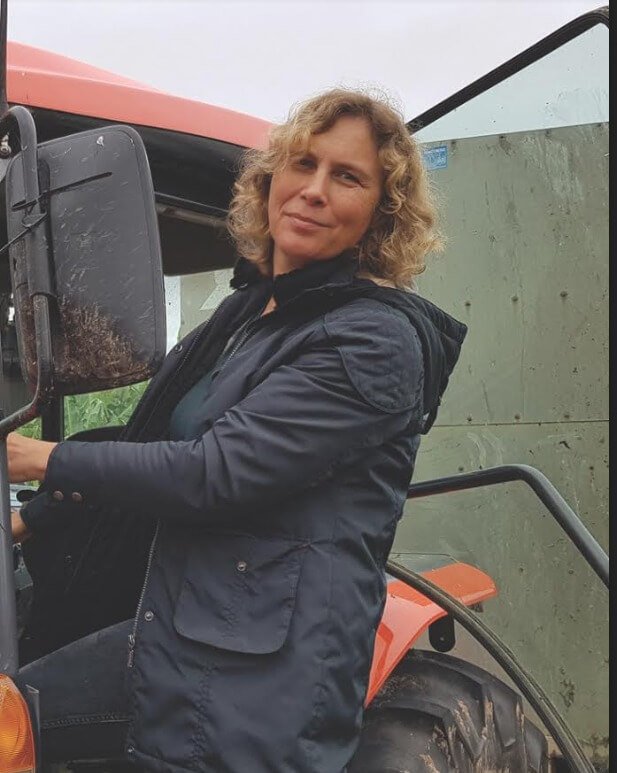 I am your Labour Party candidate, Liz Pole, and I live near Axminster with my husband and two children, aged 15 and 14, who go to local state schools.

I have run a successful international business software company for 20 years.

I’m a school governor, on the Health and Wellbeing Forum, and run a grant-funded empowerment programme for South West women.

I have an economics degree from Manchester Business School and have worked in the USA as a financial executive.

I chair the constituency Labour Party, have been a girl scout leader and have chaired school fundraising efforts over many years.

Devon is a beautiful and resilient place. I love knocking on doors with Labour, as it involves meeting so many people and hearing about how they live and what’s important to them.

It means helping people when their carer hasn’t turned up or when they need help finding services. Even many local Conservatives are sick of this government’s sticking-plaster policies and would like to see some real change.

I am standing for election because Labour has the best offer for rural, small-town and coastal Devon, backed by services and investment for young people, families and the elderly alike.

I want our constituents to return to and improve upon the amenity of better times, with transport, communications, schools, health services, social care and small business support.

Better for the many, not the few. Labour will build 100,000 genuinely affordable and social homes a year for 10 years, so our young people can live in Devon on local wages. We will tackle low wages and end insecure employment.

Labour will achieve net zero carbon emissions by 2030 by focusing on green technology, including offshore wind.

Devon residents want value for community, heritage and environment, as well as value for money. I live and work in our constituency and am the best choice to represent Tiverton and Honiton. 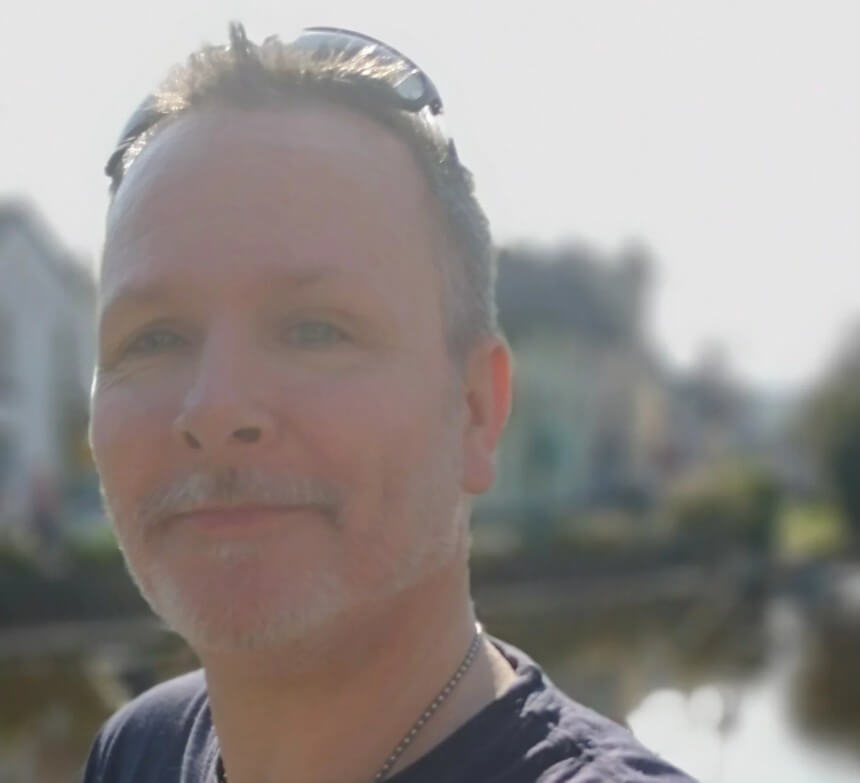 NHS; police; education; justice – all hugely underfunded. The richest 10 per cent languishing on the breaking backs of good people.

It has to stop. Here are some of the ways I believe we can do better.

I support a final say on Europe. Because it’s their future I support 16-plus voting eligibility.

I worked in management and personnel development, giving spare time to youth organisations before opening a tabletop wargames shop and accompanying club in Honiton.

Work became impossible due to onset of disability, coupled with being a lone-father. I enrolled with Open University, studying law to try to find a way back into work.

Having fought DWP repeatedly, winning every time, it’s fair to say I’m more of a determined and principled fighter than I am a politician. Faced with a time when huge change is needed maybe that’s a good thing? 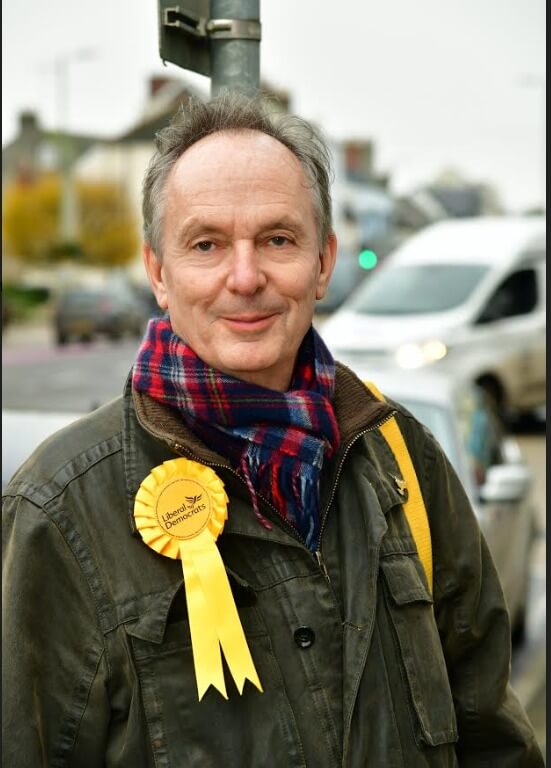 Dr John Timperley has worked as a doctor in the NHS for 38 years. As a consultant orthopaedic surgeon, he has first-hand experience of the systematic break up and privatisation of the NHS. This fuelled his drive to stand for election.

“It is clear to me that Brexit and another Conservative government would destroy the NHS. Chronic underfunding, fragmentation of services, perpetual reform and the mantra that ‘we cannot afford it’ are driving the agenda.

John believes passionately that our children deserve much better than they are currently getting.

“Under the Tory government, children here in Devon are worth less. Average cuts in school funding in Tiverton and Honiton from 2015 to 2020 Amounted to £248 per child.

“This means staff and resources are over-stretched, schools are crumbling and our children are being failed. I will work tirelessly to bolster school funding, and improve children’s’ life chances through early years education.”

John first came to Devon as a junior doctor 35 years ago and has been increasingly alarmed by the threats posed to our countryside by the climate  emergency.

“The imperative for urgent, immediate action to halt climate change through economic, social and political transformation is obvious.

“The Liberal Democrats have a raft of ambitious, detailed policies to help avert the global crisis. At the same time, Devon farmers must be rewarded for improving biodiversity and farming in a nature friendly way, while growing the food we need.”