Princess Diana’s former butler Paul Burrell has been thanked by a Budleigh Salterton barber celebrating its first award to be named a cut above the rest.

Since opening eight months ago in March, The Gentlemens Room has gone from ‘strength-to-strength, attracting clients from across Exeter and East Devon, scooping its first accolade.

Owner Sarah Ayres, who can count Paul Burrell – the Queen’s former footman and butler to Princess Diana – among the shop’s clients, was ‘overwhelmed’ when she learned The Gentlemens Room was named Best Local Barber 2019 by iGuy Magazine.

He’s a really cracking guy, so normal and down to earth. He promotes me all over Instagram…

The accolade was won on the strength of on-line recommendations, clients’ votes of confidence left on social media, a ‘secret shopper’ visit to The Lawn premises, the quality of coffee served, hot towel shaves, and all the little touches that make The Gentlemens Room stand out as a winner.

Sarah, 52, thanked her clients for their support, and also Paul Burrell –  former butler to Diana, Princess of Wales – for championing the barber shop on social media.

She said her most famous client, Paul, calls in for a haircut or to say hello whenever he is in the area.

Sarah, who has worked for more than 30 years in the hair industry and opened the barber shop in March, said: “He’s a really cracking guy, so normal and down to earth. He promotes me all over Instagram.”

The support from our clientele has been absolutely brilliant…

She added: “I want to thank our clients for their support since day one. I am a bit teary. It’s been overwhelming for me.

“It’s gone from strength to strength. The customers have gone and come back. The support from our clientele has been absolutely brilliant.

“I think it’s because we are not what’s known in the industry as a chop shop, where you are in for a five-minute cut and you are chucked out the door.

“We have clients from Seaton, Axminster, Exeter. They choose to come to us to get their haircut. It’s absolutely amazing. I couldn’t wish for it to be any better.

“I can’t thank them enough for their continuous support and friendship. They have been absolutely amazing.” 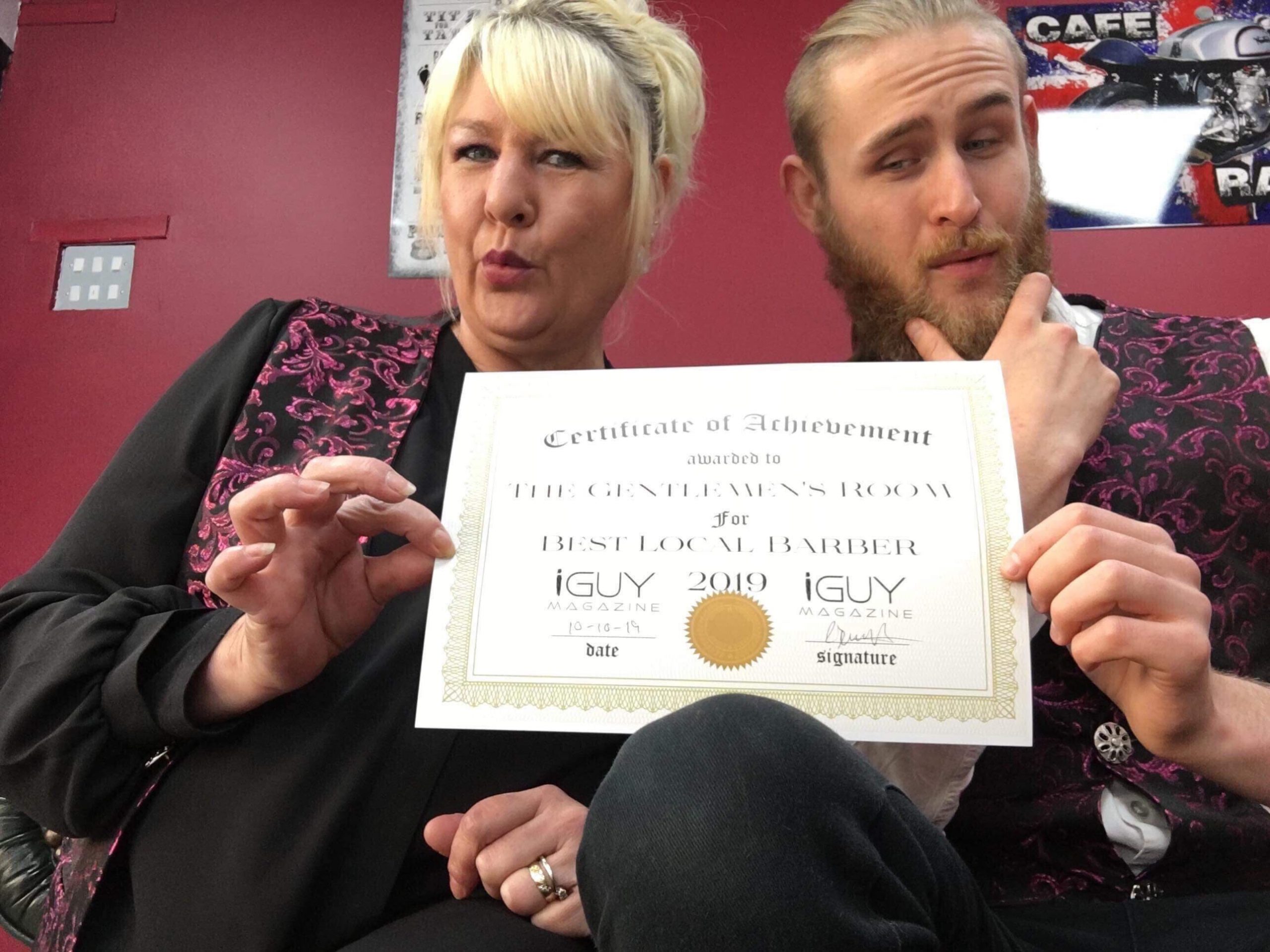 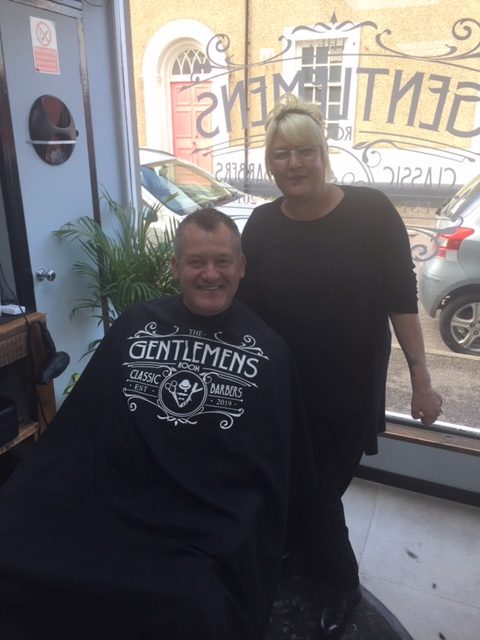 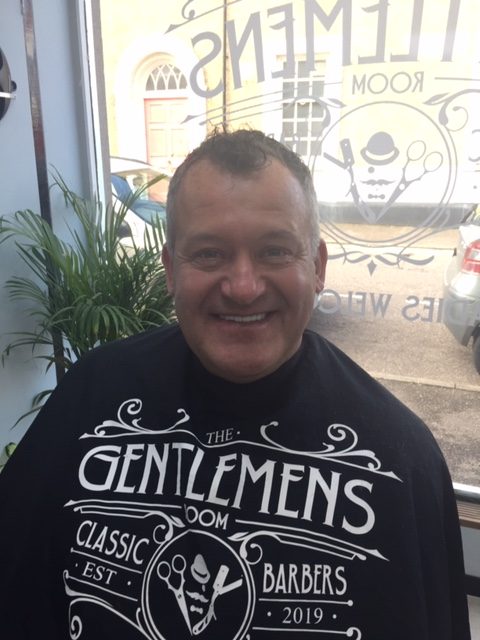 Sarah described the barber shop as ‘old school’. She said: “We take a lot of pride in what we do and we love what we do.”

Working alongside Sarah is her son, 22-year-old Ollie Ayres, a newly qualified barber, and Dave Price, known to most as ‘Jock’. 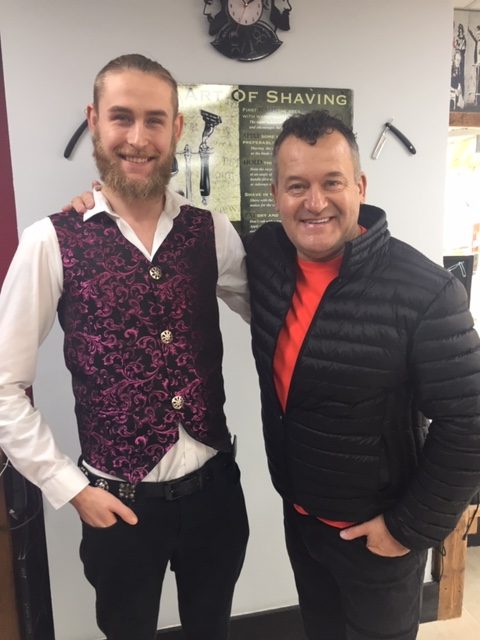 Ollie Ayres with Paul Burrell, a client at The Gentlemens Room. 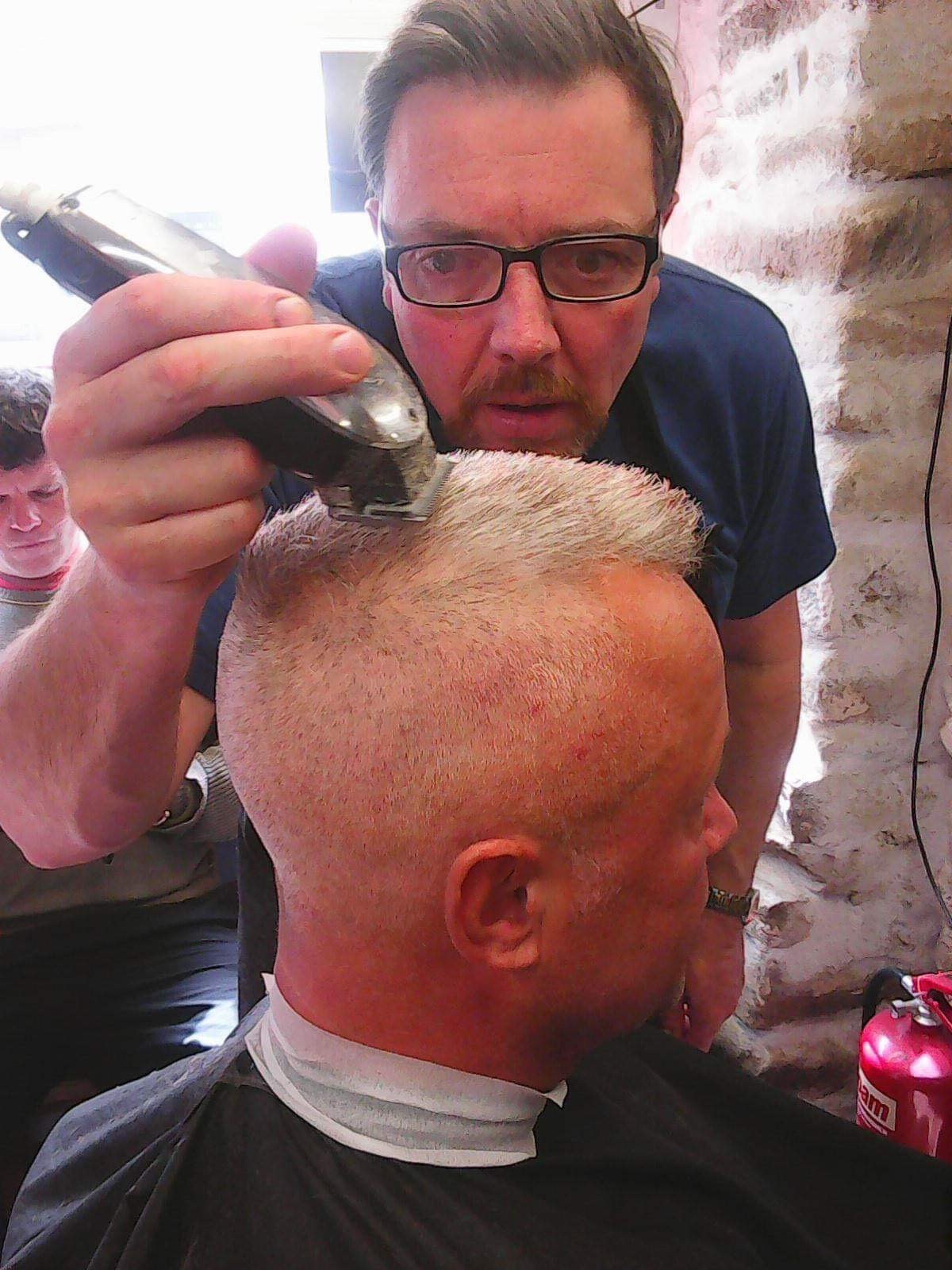 Alongside the award, the team is celebrating the shop’s growing popularity by extending its opening hours to six days a week, including Mondays.

Sarah’s said her dream of opening her barber shop was thanks to her dad, John Ayres, who gave her the funds before he died.

She named the shop in honour of John, who was a ‘cockney gent’. Inside it has been done out in the claret and blue of West Ham United as a nod to her dad’s East End roots.

“My barber shop is something I have been working on for twenty-odd years. I had this vision and it’s come together,” said Sarah. “Originally my dad gave me the money to set up a barber shop, but it never happened because of rents or rates. He passed away eleven years ago.

“The Gentlemens Room is named after my dad because he was cockney gent.” 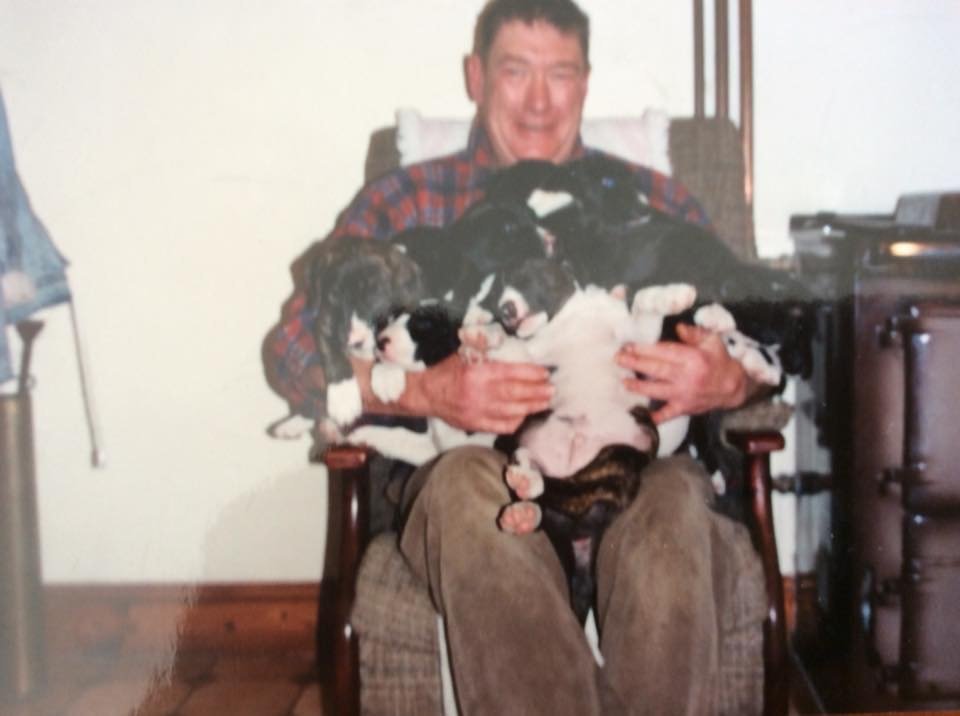 The Gentlemens Room was awarded Best Local Barber 2019 after months of scrutiny.

A spokesperson for iGuy Magazine said: “This prestigious award is based on a mix of reviews and our six-month polling data and is only awarded to 300 barber shops out of 6,000 across the UK.”