Friday, September 17
Trending
You are at:Home»News»Sidmouth»600 sign petition to ‘say no’ to raised sea wall on Sidmouth seafront

Six hundred people have signed an online petition opposing plans to raise the height of the sea wall on Sidmouth seafront.

A plea has been made for East Devon District Council (EDDC) to rethink the proposal – claiming it will ‘destroy’ the view on The Esplanade.

The controversial project forms part of an £8.9million beach management scheme aimed at protecting the town from catastrophic flooding.

Highways bosses say their £500,000 contribution to the overall effort is dependent on the sea wall being raised.

And one long-serving representative has called for townsfolk to unite behind the long-awaited scheme – saying they can play an ‘important part’ in designing the structure.

Paul Foster, who is behind the ‘Say No to the Wall’ petition, says on its webpage: “The raising of the wall will destroy the openness and beauty of the seafront view, whereas correctly positioned rock armour along the vertical face of The Esplanade will absorb the wave energy and reduce the splash over.

“Please make your voice heard and say no to the raising of the splash wall and demand proper wave dampening rock armour along The Esplanade face instead.”

The petition has been signed by some 600 people, with its supporters branding the sea wall plan ‘totally unnecessary’.

Others have expressed fears the town will ‘end up like Seaton’. 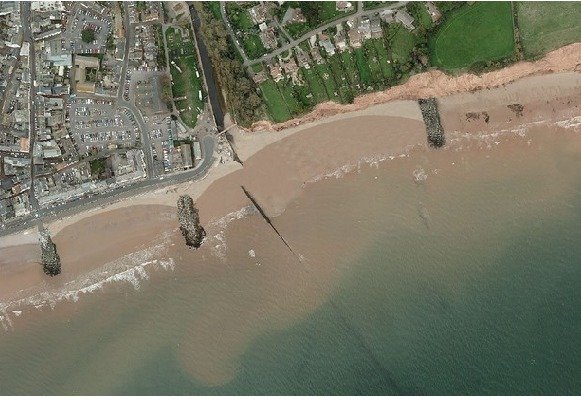 The preferred beach management scheme option – backed by experts – involves a new rock groyne on East Beach and raising the height of the seafront splash wall.

Shingle replenishment and periodic beach recycling – moving sand or pebbles from the sea bed to the beach – are also proposed, along with repairs to the River Sid training wall.

EDDC revealed in August that a £1.5million shortfall must be filled in the next year – or it will have to pursue an alternative.

He said in September: “This scheme got the green light to be worked up and the town now needs to get behind it.

“We’re in the last chance saloon – time is of the essence and all residents can get involved in helping design the raised splash wall element of the scheme, which is needed to protect the highway asset and prevent the town and businesses from tidal flooding.

“From a county council perspective, the indicated funding of up to £500k depends on the raising of the splash wall to maintain the highway asset.”

Sidmouth has a year to find ‘urgent’ £1.5million to protect the town from flooding and erosion