The 30-year-old prop is marking a decade at Sandy Park by organising a host of fundraising events during the 2019/20 season.

They will benefit The Beacon Centre and the Exeter Chiefs Foundation

I have never had to do anything like this before.

Ben said this week: “I am really looking forward to my testimonial year’s events and raising money for two good charities – one which is particularly close to my heart.”

More than 1,000 cancer patients receive radiotherapy at The Beacon Centre, at the Musgrove Hospital in Taunton, each year – meaning they do not need to travel to Bristol.

It has made Musgrove Park Hospital, run by Taunton and Somerset NHS Foundation Trust, a centre of excellence in the delivery of cancer treatments for the people of Somerset. 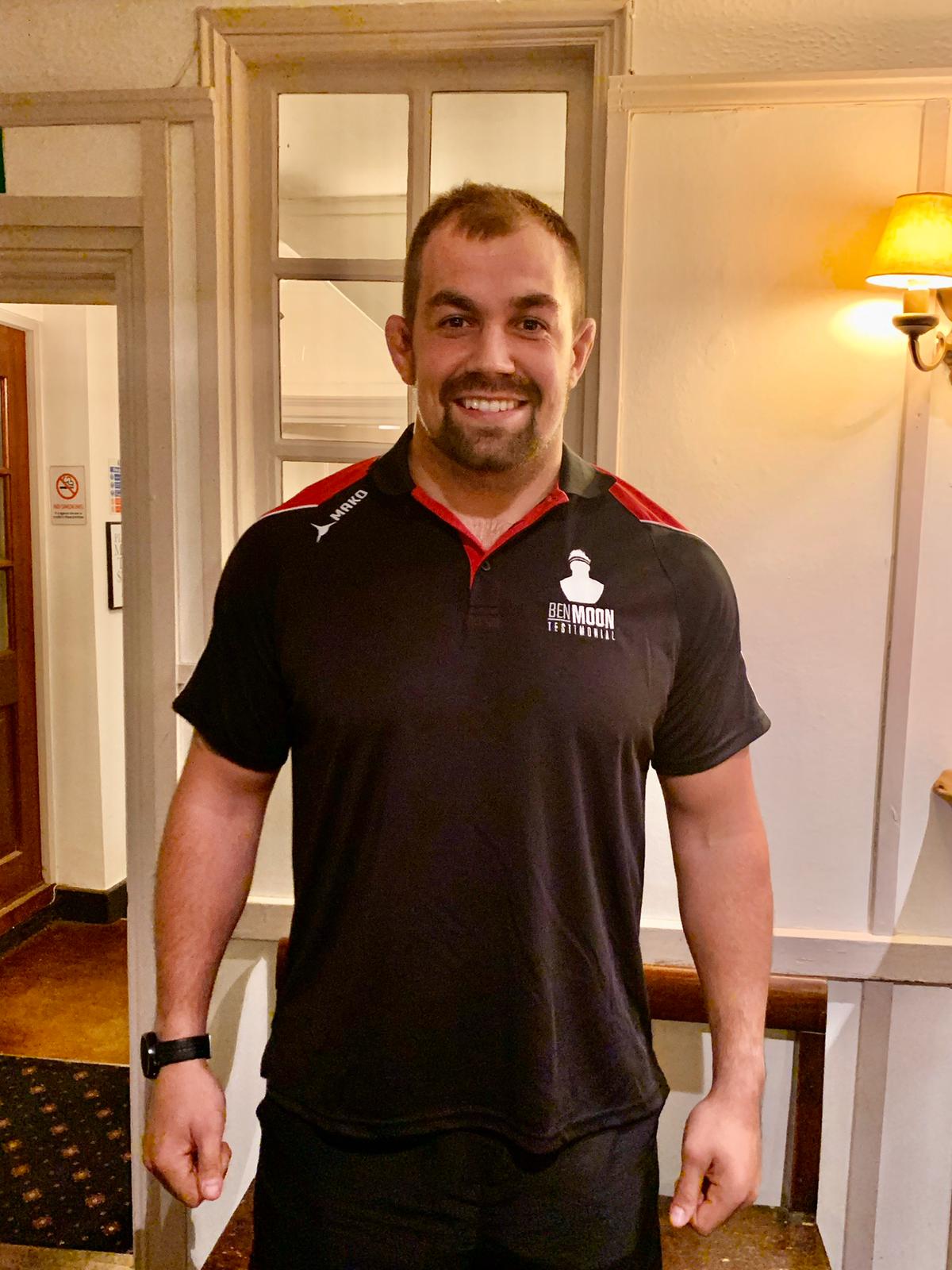 England and Exeter chiefs rugby star Ben Moon will be marking a decade since his debut at Sandy Park.

The Exeter Chiefs Foundation’s mission to make the city a greater place to live.

It exists only to assist other charities and has raised more than £1million and helped some 80 projects, causes and organisations in the last eight years.

Ben is renowned for his quietness off the pitch and hard work on it for England and Exeter Chiefs.

He begins his testimonial year with a public signing of his new limited-edition children’s book – Ben the Tractor – at Exeter Castle’s Christmas fair.

The event takes place on Thursday, November 28, from 3pm to 8pm.

Other events taking place throughout the year include a barbecue, barn dance, and a James Bond-themed night.

#BackingBen merchandise will also be on offer.

Ben added: “When chairman Tony Rowe said that Exeter Chiefs would like to grant me a testimonial, I was delighted, excited and a little overwhelmed, then the nerves started.

“I have never had to do anything like this before.

“Walking out at Twickenham is less daunting as at least I know what I’m doing on the rugby field.

“The highlight of all the events will be the closing testimonial match against my old rugby mate, Thomas Waldron, who returns to Exeter from New Zealand.

“I hope it will be a great day at Sandy Park and I will be able to raise a lot of money for these two charities.”

Testimonial tickets are currently available from the Exeter Chiefs website.