Children and dignitaries celebrated the topping out ceremony at a watersports centre being built on Exmouth seafront.

The pupils left their own legacies by signing bricks with their names and laying them on-site.

Not-for-profit Sideshore is expected to be completed by summer 2020.

Aiden Johnson-Hugill, of developer Grenadier, said: “This milestone marks the transformation of the seafront as a go-to destination for locals and visitors to Exmouth.

“It also demonstrates the legacy we are creating for the community.

“It will be very exciting for the area once it opens and we are on target to open in June 2020.” 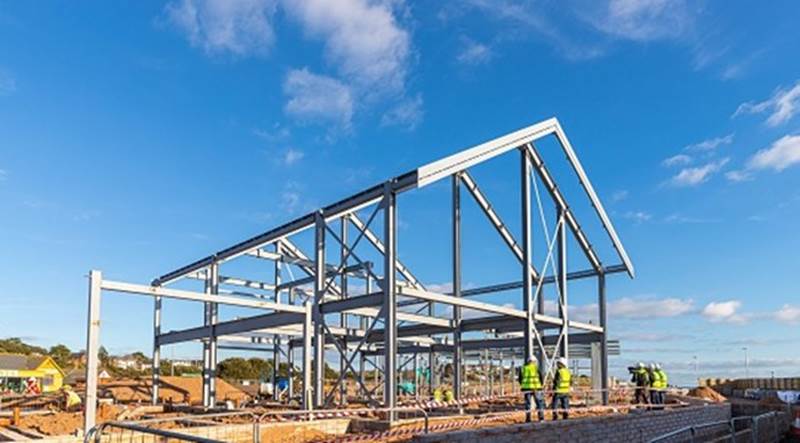 He added: “Everything these days needs to have a USP.

“Exmouth has the traditional family holidays over the summer needs and something for people all-year-round – and this will be a real benefit to the project.

“The summer is the worst time of the year for windsurfing as it is less windy, so this will add to the bubble around the holiday season and is something unique that can be done whatever the season.

“We have to get more to stay longer and spend more in the region and this is a project that does that.

“People will come to Exmouth and hopefully will spend money here rather than somewhere else, so if they can spend it locally, it will be a good thing.

“The whole thing is really exciting and one day we could even be hosting competitions or festivals. Cowes has its sailing so Exmouth could have kitesurfing.” 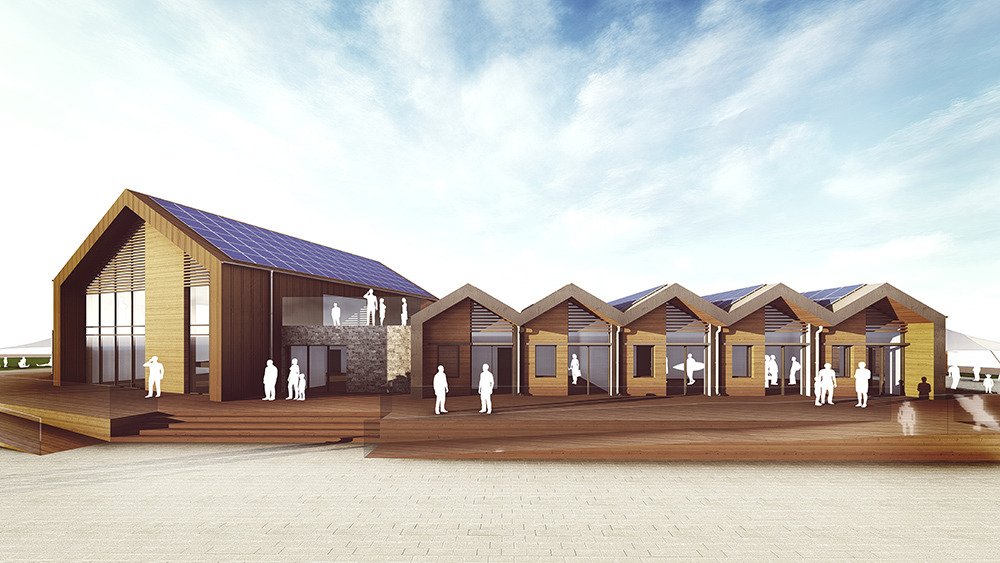 An artist’s impression of the new watersports centre. Picture: Grenadier

The venue will be run by Edge Watersports, a team with Olympic prospects and multiple world champion titles between them.

The family-run business has been instrumental in making Exmouth a go-to kitesurfing destination on the UK.

The aim is to give everyone from all walks of life and backgrounds the opportunity to have a go at watersports.

It will include a casual dining restaurant complete with an upstairs terrace, a dog-friendly cafe serving homemade ice-creams, local coffee and healthy takeaway snacks, and a beach bar.

There will also be six smaller units that Grenadier is currently in the process of seeking tenants for.

Richard Cohen, deputy chief executive of EDDC added: “The centre has been much anticipated and seeing the steelworks in place give you a real sense of scale.

“Grenadier have kept the pace of the project and we look forward to celebrating the centre opening in as little as eight months.”

The watersports centre is the second of three phases of development for the Queen’s Drive area.

Phase one – the relocation of the road – has been completed.

A public exhibition was held by EDDC at Ocean, which displayed ideas for a hotel, a play and events space, and a two-storey cafe with a new coast watch tower above it. 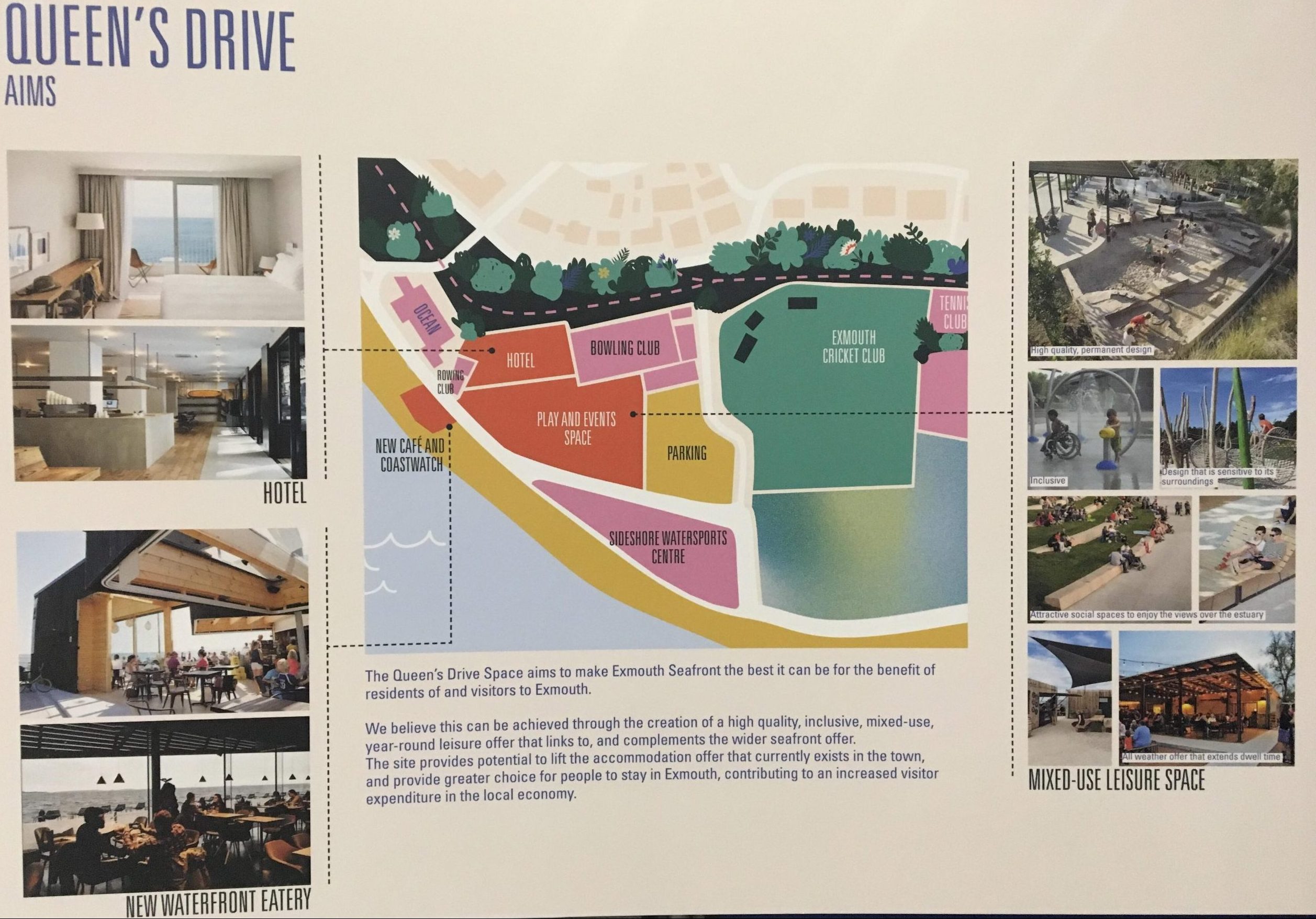 One of the boards on display at the public exhibition at Ocean in Exmouth. The area in orange is the last phase of development.

Hemingway Design’s proposals, based on the Exmouth masterplan, the Exmouth Neighbourhood Plan, and the results of surveys carried out last summer.

A possible two-storey cafe with a new coastwatch tower above it could be built along the beach.

The idea is for there to be an open area on the ground-floor that people can pop into for food and drink with sandy feet, and a more formal eating area on the first-floor.

A watchtower could then sit above that.

The proposals also include building a three- or four-storey middle-of-the-market hotel, with around 70 to 80 bedrooms, and car parking.

Next to hotel would be Exmouth Fun Park, a play and events space, possibly including crazy golf.

The plans also include a large sandpit, splash play area, and seating areas.

Wayne Hemingway said: “It was great to come back to Exmouth and talk about what an amazing place the seafront is and how it can be enhanced.

“I’ve seen how successful the meanwhile space attractions have been and the watersports centre development is well under way.

“Add to this a fresh approach to the waterfront café and a new relevant and complementary accommodation offer, then the Queen’s Drive area and Exmouth will be able to position itself as a seaside town with wonderful natural wellbeing and outdoor leisure opportunities.”

The next stage will be a final report from Hemingway Design and EDDC will then decide what it wants to do next to take the Queen’s Drive site forward.

In the meantime, the council is planning another season of popular temporary uses for the Queen’s Drive Space, while long-terms plans get underway.