Wednesday, July 8
Trending
You are at:Home»News»Exeter»A pantomime dame standing for Parliament in Exeter? Oh yes she is!

Westminster theatrics have prompted a pantomime dame to stand for Parliament in Exeter.

Dame Belladone is taking time out from terrorising Snow White on-stage at the Corn Exchange to vie for votes in the city.

The actor behind the colourful character, 44-year-old Daniel Page, says the move is a ‘a bit of a publicity stunt’ with a serious message.

“We thought it would be a fun idea to put ourselves out there and get some promotion, as there is no bigger pantomime than Westminster – Daniel Page AKA Dame Belladone

Speaking to the Local Democracy Reporting Service this week, Daniel said: “It is a Christmas election and we thought it would be a fun idea to put ourselves out there and get some promotion, as there is no bigger pantomime than Westminster.

“This is the first time in history the voting public has had the opportunity to show pantomime dames the respect they deserve.”

Daniel said that the stunt was also a way for the show’s organisers to ‘get their own back’ on Parliament –  as they had to cancel the performance scheduled for the evening of Thursday, December 12.

This is because the Corn Exchange, in Market Street, will be used for the election count. 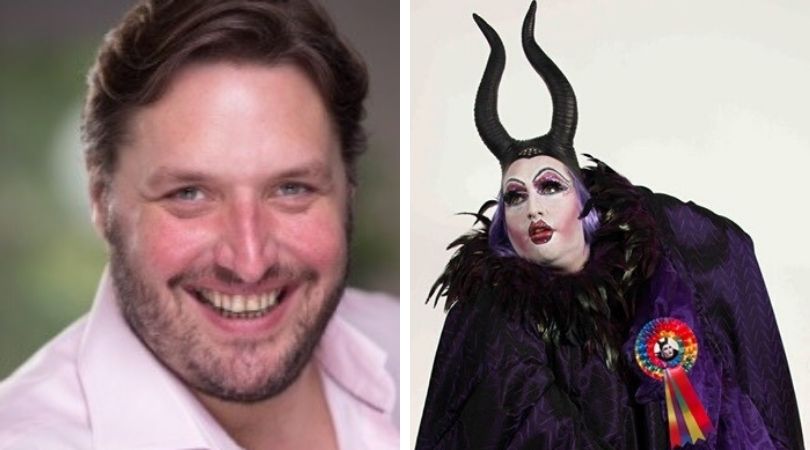 Daniel Page and his theatrical alter-ego, pantomime dame Dame Belladone – is standing as an Independent parliamentary candidate for Exeter in the general election.

Daniel added: “People can vote for whoever they want and they can vote for me if they want as a bit of a protest vote, but the main message is that people need to go out and get registered to vote.

Exeter-born and raised Daniel moved to London to become an actor and has returned to the city seven times to appear in pantomime.

He has previously stood in local council elections in London.

Daniel added that, if he were to win, then he would take the job seriously, act as an Independent, and make decisions based on each issue.

He said: “Politics is something that I care about and is a bit of a passion.

“I was either going to be an actor, lawyer or a politician, but the greatest actors are politicians.”

I was either going to be an actor, lawyer or a politician, but the greatest actors are politicians…

Speaking about Exeter, Daniel said he thinks the city should have a venue akin to the Theatre Royal in Plymouth.

He added: “It would be of huge benefit to the city, as for every pound spent in the theatre, they spend about £4 in the rest of the area.”

“We have an international rugby stadium, so we should be having a 50m pool in which we can host events and championship and that would bring people to the area.”