Saturday, June 12
Trending
You are at:Home»News»Exmouth»Don’t miss out on seeing West End star Alistair Brammer in his ‘likely’ last concert for Exmouth

Star of the stage and silver screen Alistair Brammer is gearing up for a ‘likely’ final gig for Exmouth next month when he comes home, bringing his baby son for his first visit.

Alistair, who is currently playing the role of Fiyero in the West End production of Wicked, is at Exmouth Pavilion with two shows on Sunday, December 1, with his Back from Broadway concert.

This is likely to be my final gig in Exmouth, what with our twelve-week-old baby…

This could be the last chance to see Broadway and West End star Alistair perform in his hometown of Exmouth – he grew up in Littleham, went to school in the town and was a member of Centre Stage – because life is a lot busier since he became a dad to Sullivan 12 weeks ago.

Tickets for the two shows at Exmouth Pavilion are still available but the evening performance is filling up fast.

Earlier this year Alistair said this was ‘probably’ the last time he would organise a gig in his hometown.

Each year the star aims to hold a concert in Exmouth as a thank you to his fans who regularly travel to see him perform.

Audiences at December’s concert can hear Alistair perform beautiful classics, pop songs and hits from the shows, plus a collaboration with special guest Laura Pick, who stars in Wicked with Alistair, and performances from the Rock Choir and singer Lance Vernon, a former Centre Stage member and a finalist on ITV’s Stars in their Eyes.

Alistair, who lives in London with his wife Rachel, who he married in 2016, their baby son, said: “I’m so excited to bring Sullivan down to Exmouth – his first trip to the South West.

“This is likely to be my final gig in Exmouth, what with our twelve-week-old baby.”

Alistair added: “Ticket sales are going well. There are still plenty available for the matinee but the evening is filling up fast.

“I’m thrilled to say Laura Pick, who plays Elphaba in Wicked with me in London, will be coming down to sing some songs from Wicked, as well as a few other songs.

“And we have appearances from the Rock Choir and Lance Vernon.” 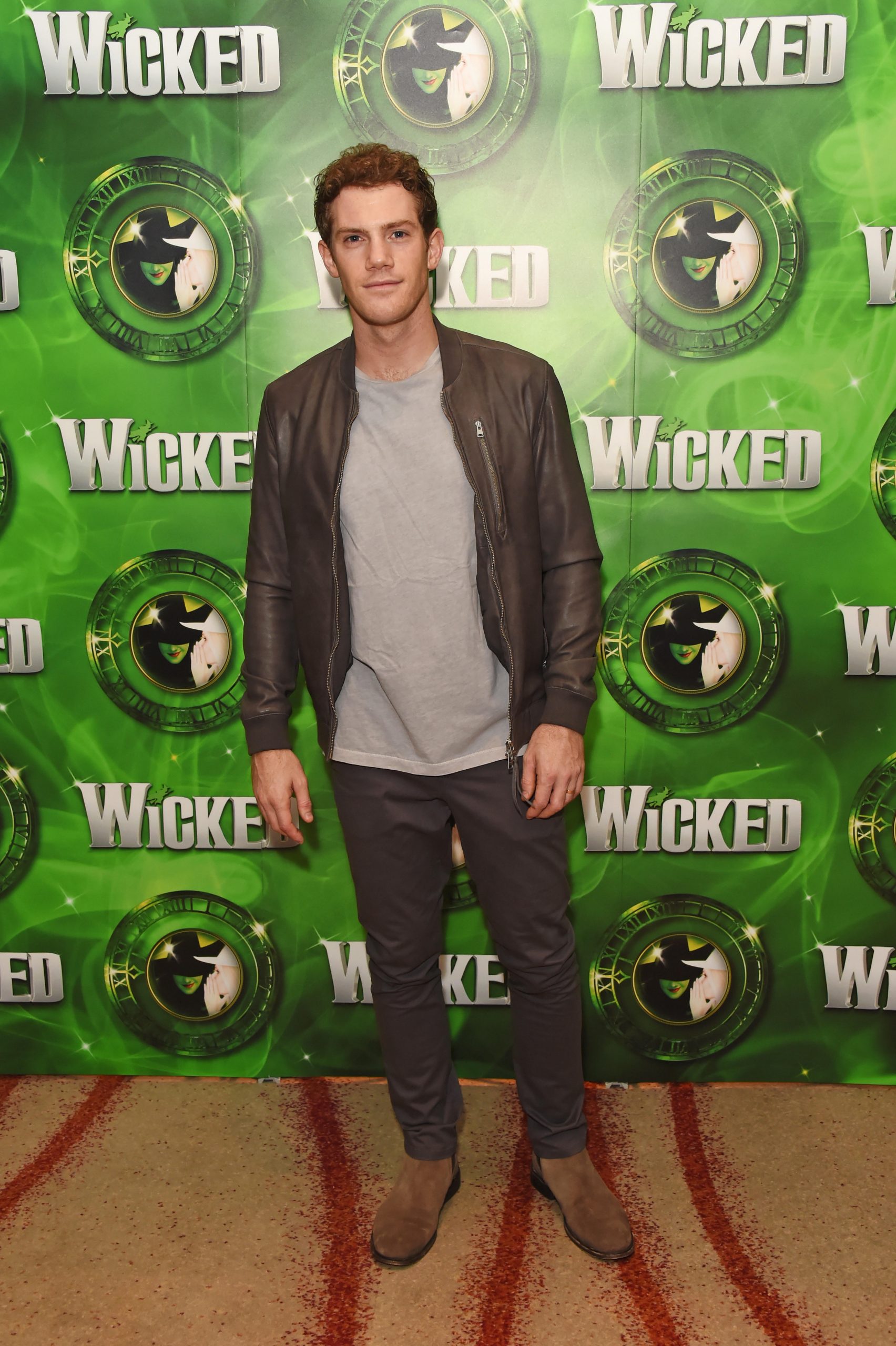 Alistair Brammer is pictured here at the press night of Wicked, in London.
Photo: with permission.

After he narrowly missed out on winning the lead role in a Lloyd Webber musical, Alistair was picked by Any Dream Will Do judge, Bill Kenwright, to appear in Joseph UK, playing the part of Zebulon – one of Joseph’s brothers.

He stayed with the West End production for 18 months then went on to play Jean Prouvaire in the 2012 film of Les Miserables, working alongside Russell Crowe, Hugh Jackman and Anne Hathaway.

The silver screen beckoned in 2018, and after he finished his role as Chris in Miss Saigon on Broadway, USA, Alistair had a ’very small part’ in film Head Full of Honey, starring Nick Nolte and Matt Dillon.

In mid-July 2019 Alistair joined the West End show Wicked as Fiyero – a prequel to the Wizard of Oz; the tale of how the witch became wicked.

Tickets are now on sale to see Alistair Brammer in Back from Broadway at Exmouth Pavilion, on Sunday December 1, at 2.30pm and 7.30pm.