Thursday, February 25
Trending
You are at:Home»News»East Devon»Conmen who swindled farmers out of their life savings are jailed

Fraudsters who swindled vulnerable farmers out of their life savings in long-running cons – leaving them suffering in silence – have been jailed.

Irishmen Dennis McGinley, John Maughan and Luke Connors targeted men in rural communities and duped their victims into falsely believing they had become caught up in criminal activity.

All three men were jailed at Exeter Crown Court on Friday, November 15.

They were brought to justice following a fast-moving and sophisticated investigation by Devon and Cornwall Police as part of Operation Mudskipper.

Their crimes occurred in East Devon near Exeter, Launceston in Cornwall, and Preston in Lancashire.

Maughan, of Killyvilly, Enniskillen, was sentenced to five years and three months in prison. 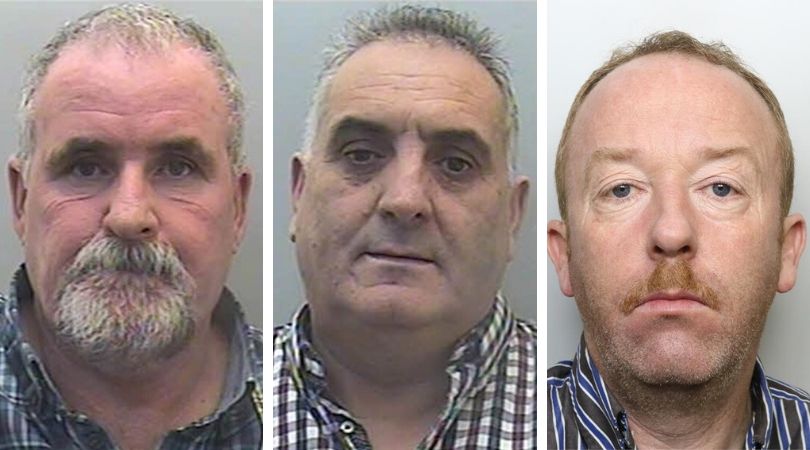 Detective Constable Ailsa Mason, of Exmouth CID, said: “The group acted in an organised and calculated manner to strip the victims of their savings. They [the victims]struggled in secret for a number of years.

“From there, they set in play calculated, effective and long-running deceptions of the victims, causing them to hand over large amounts of cash.

“The victims lost hundreds of thousands of pounds each.

“Following initial entrapment through tool sales, the victims found themselves entwined in fictitious situations where they believed their savings had become caught up in criminal activity.

“They were led to believe their cash was being used to import illegal cigarettes, drugs and to bribe HMRC officials – none of which was true.

“They were left feeling they could not report the situation without facing prosecution themselves and that they needed to hand over more and more funds if they wanted to see any of their ‘investments’ returned.

“As time progressed, so did the amounts they were made to hand over.

“In each case, the victim has been left with no life savings and, on occasions, have had to borrow money from friends and family.”

This series came to light when the family of a farmer from the East Devon area, near Exeter, contacted police over fears they were being blackmailed.

He eventually told his loved-ones of his long-running ordeal.

From this point, further victims were identified by police.

“The victims were initially in denial that there had been any fraud – believing the stories they had been told for many years to be true,” said Det Con Mason.

McGinley and Maughan pleaded guilty to conspiracy to commit fraud by false representation near Exeter between 1 January 2015 and 3 January 2019.

Connors and Maughan admitted conspiracy to commit fraud by false representation in Preston between 1 January 2016 and 12 June 2018.

McGinley and Connors pleaded guilty to conspiracy to commit fraud by false representation in Launceston between 1 January 2015 and 30 December 2018.

Police appeal for information over serious sexual assault in Exeter