Sunday, May 16
Trending
You are at:Home»News»Budleigh Salterton»PHOTOS: Budleigh falls silent on Remembrance Sunday as town remembers the fallen

Budleigh Salterton fell silent on Sunday when the town remembered those who lost their lives fighting for their country.

The town’s Remembrance Sunday wreath laying service was held at the war memorial, where dignitaries, residents and children stood together to honour those killed in combat.

County Councillor Christine Channon, a Budleigh resident, was among the dignitaries to place a wreath at the foot of the war memorial.

Wreaths were laid by youngsters from the Girlguiding and Scouting packs, as standard bearers, local children, representatives of the armed forces, cadet forces, auxiliary services, the fire service and many of the town’s clubs and organisations, all gathered to pay tribute to Budleigh’s fallen heroes.

After the wreaths were laid, the Remembrance parade set off through the town to St Peter’s Church, where a service was held.

Budleigh’s war memorial, at the peak of Coastguard Hill, overlooks the sea and land, to represent those from the town who served with the Royal Navy, Royal Flying Corps and Royal Marines.

The granite memorial, unveiled on November 11, 1922, four years to the day after Armistice, pays tribute to 45 men killed in the Great War, 48 men who died fighting in World War II and the women from the Voluntary Aid Detachment who died serving their country. 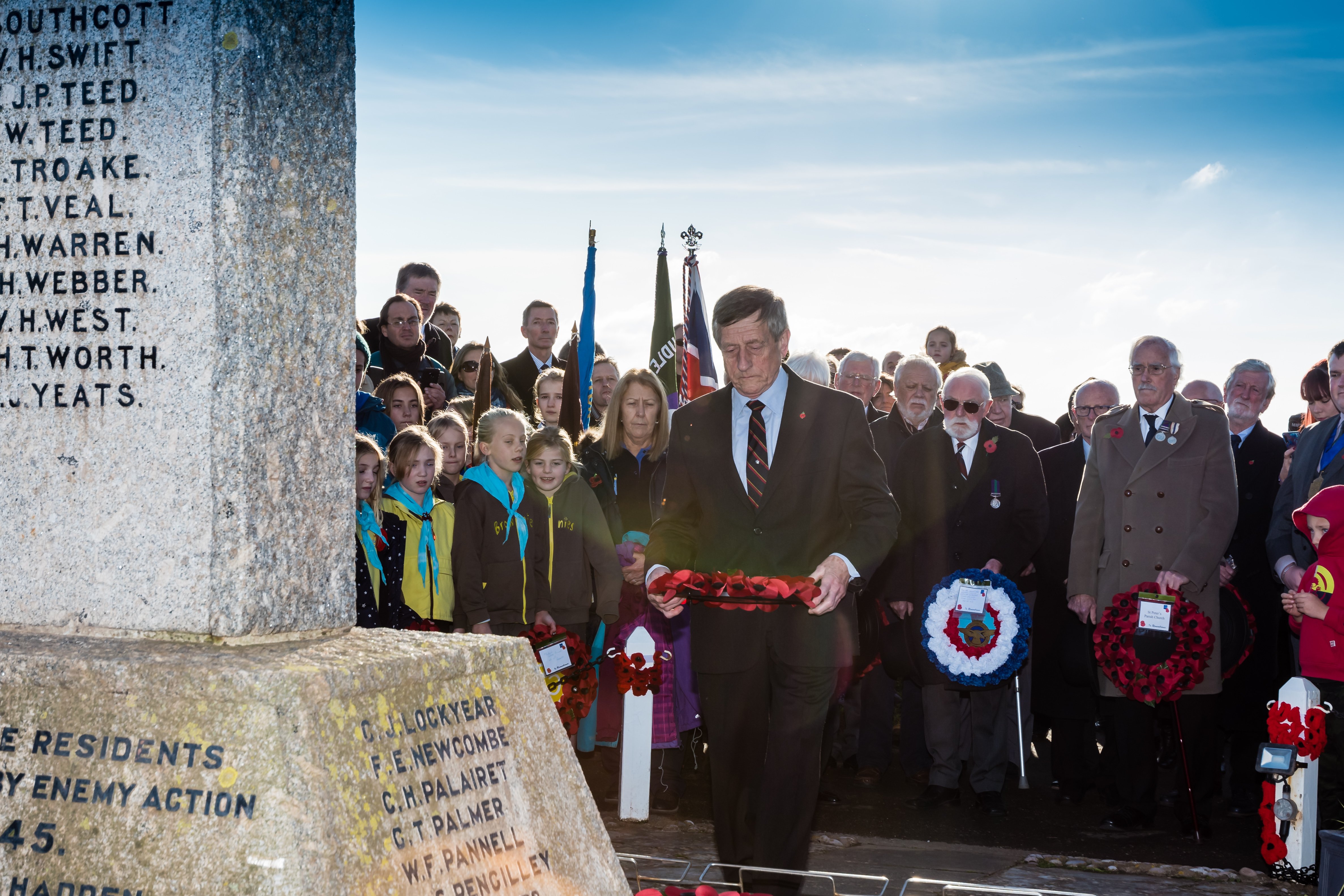 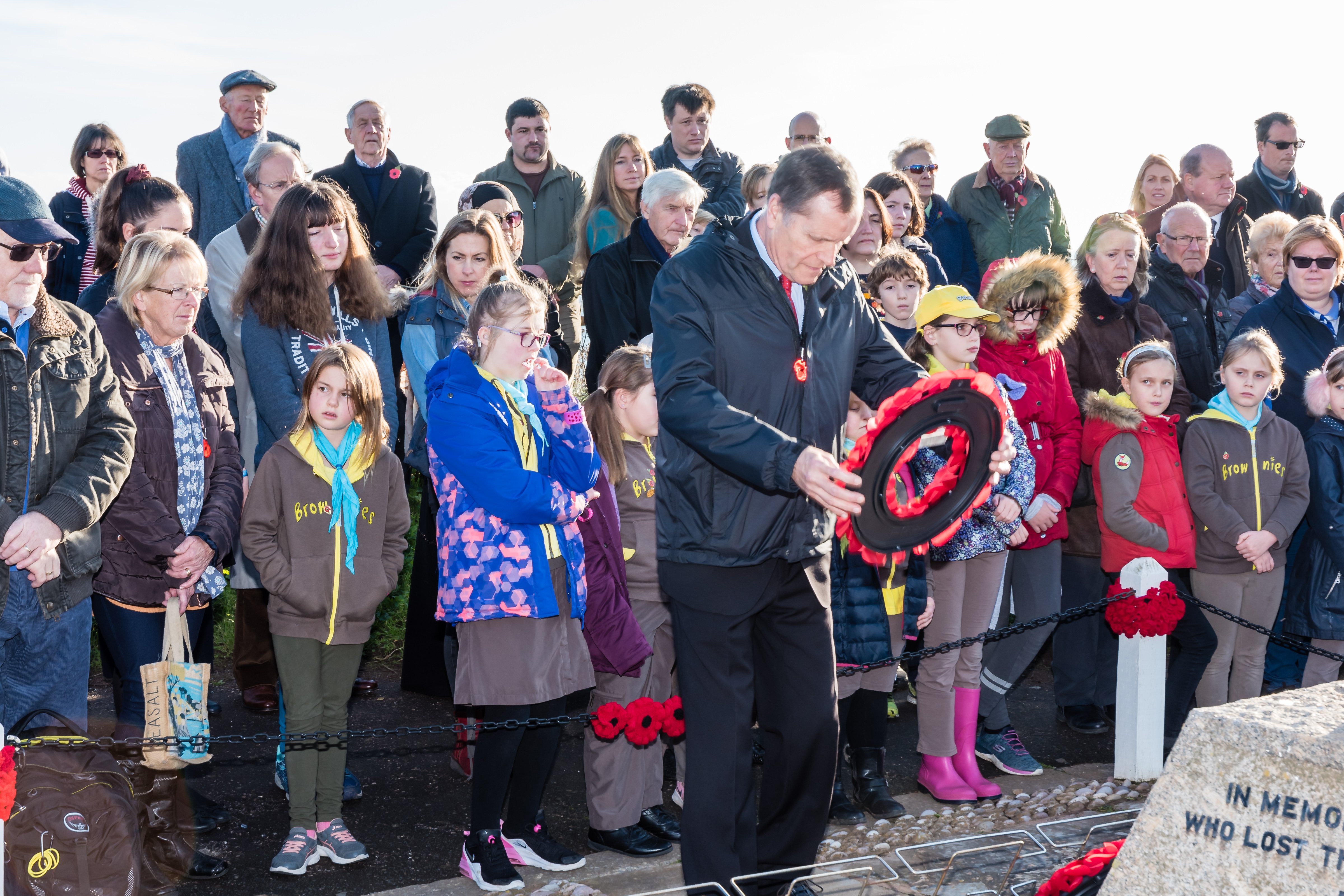 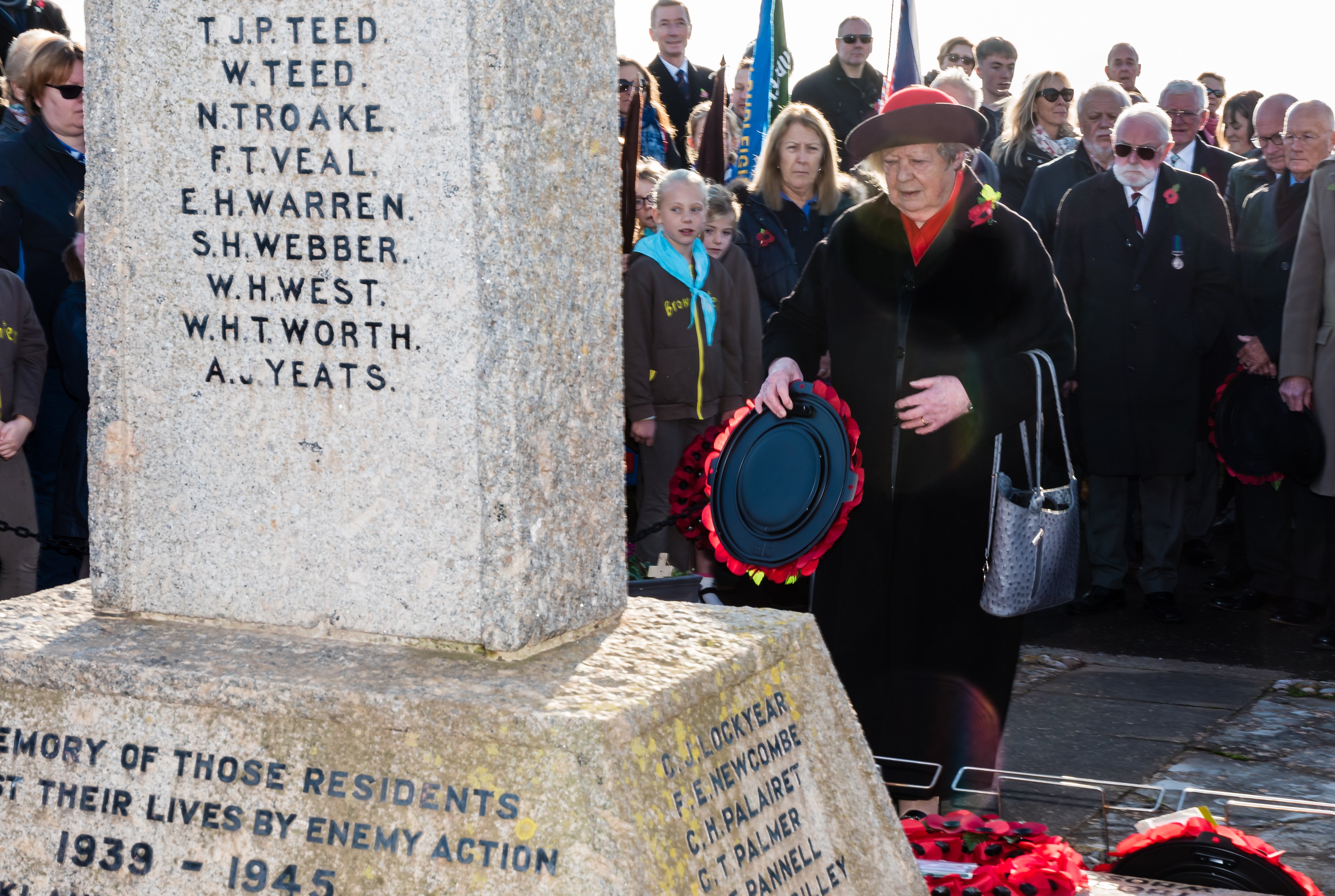 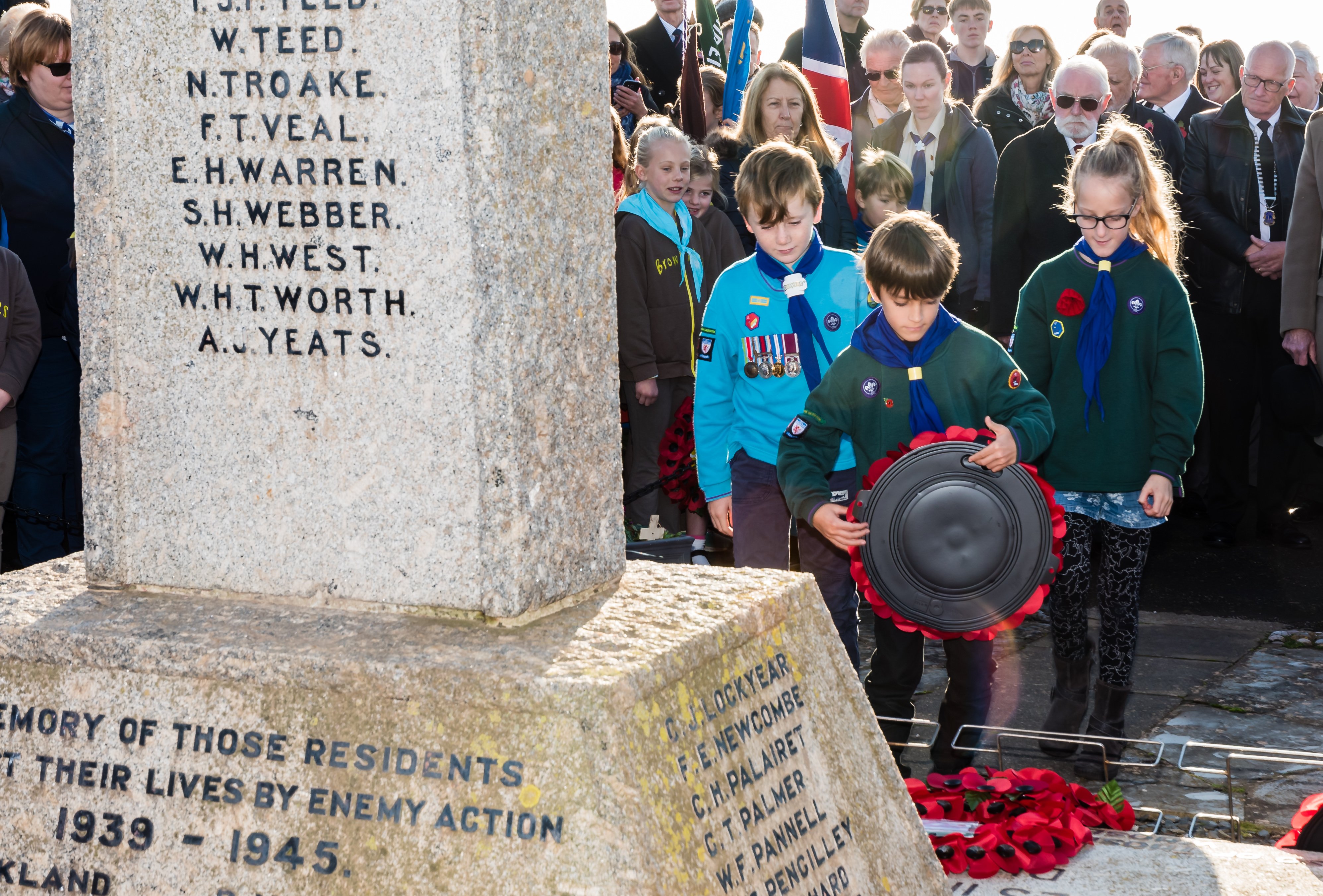 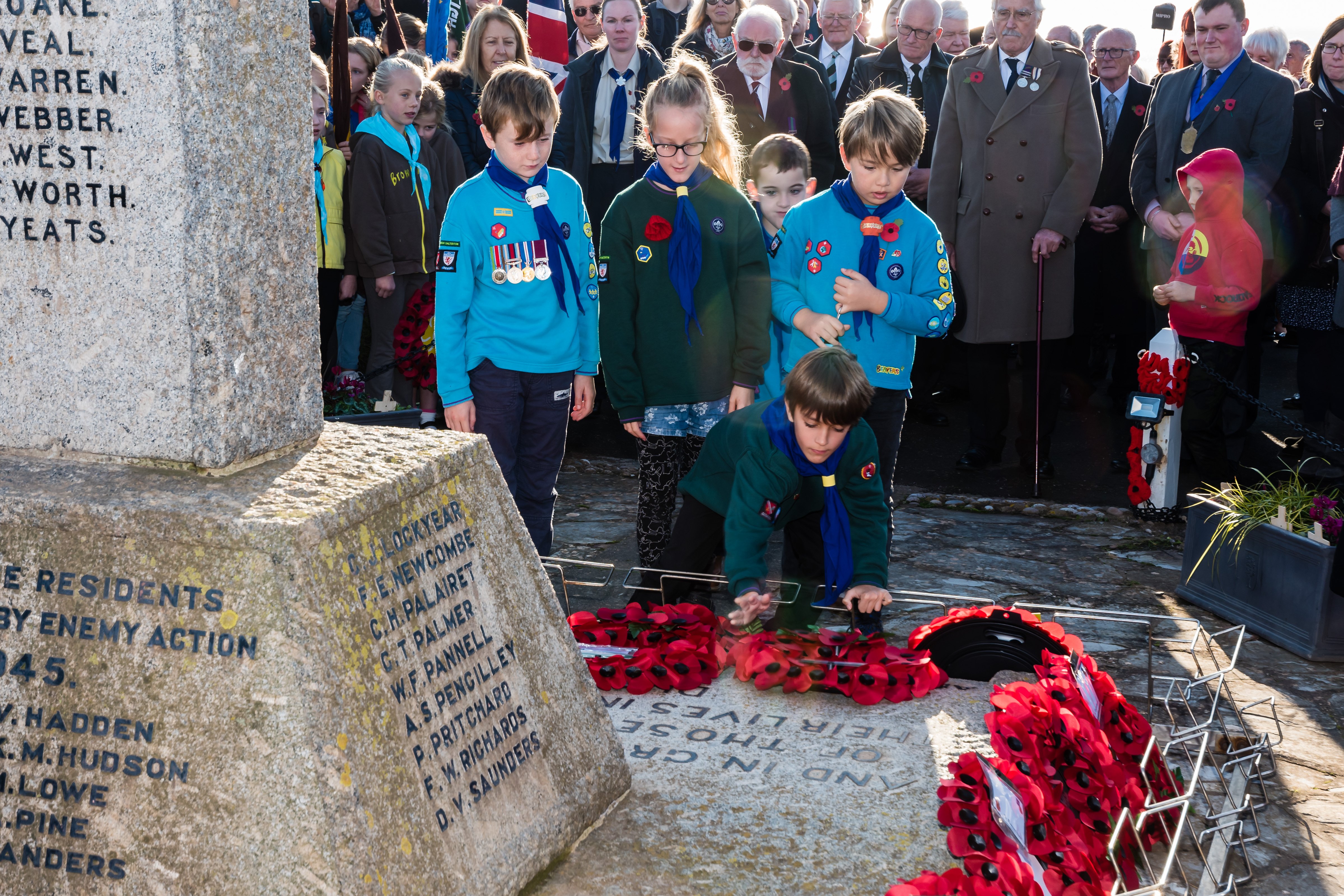 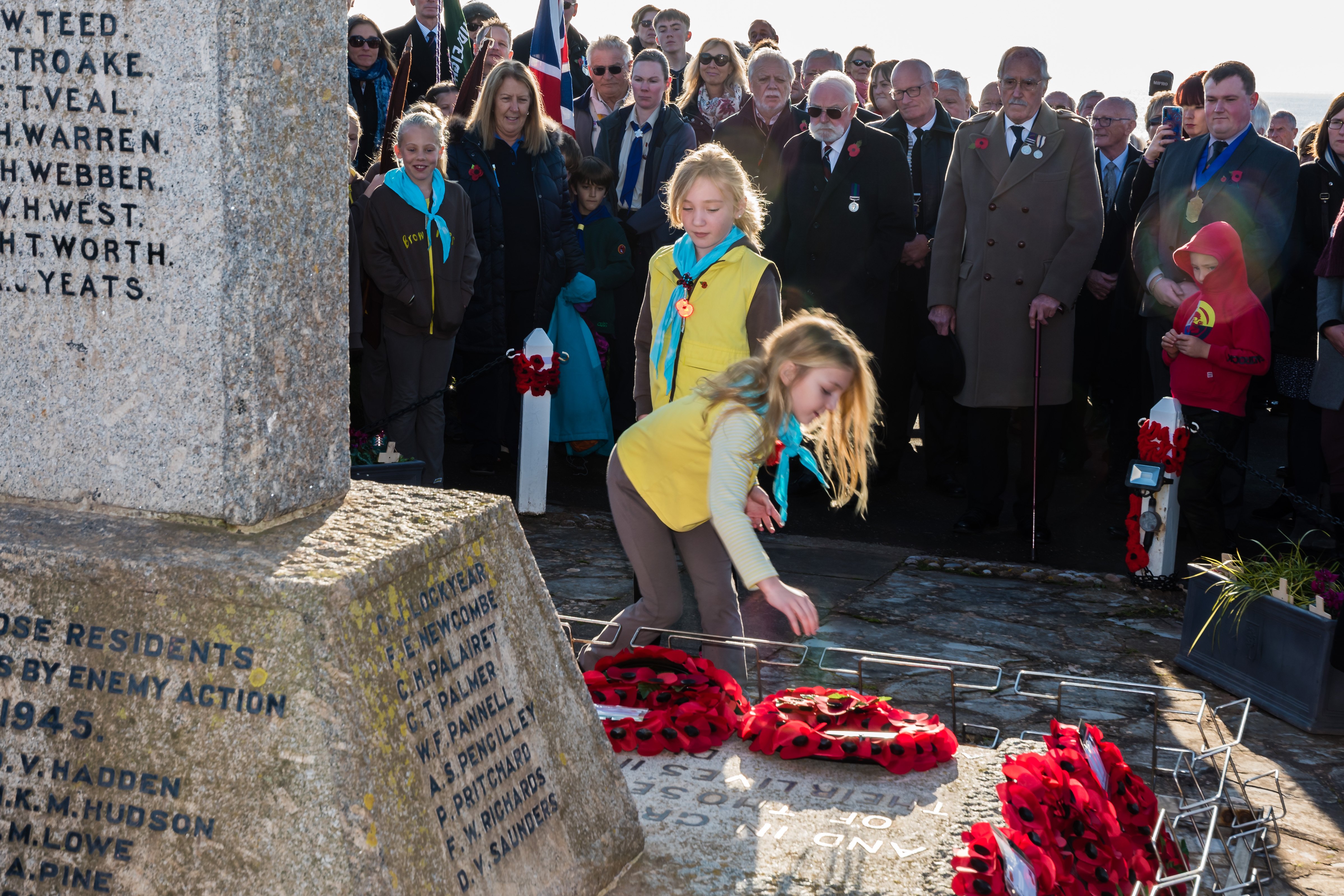 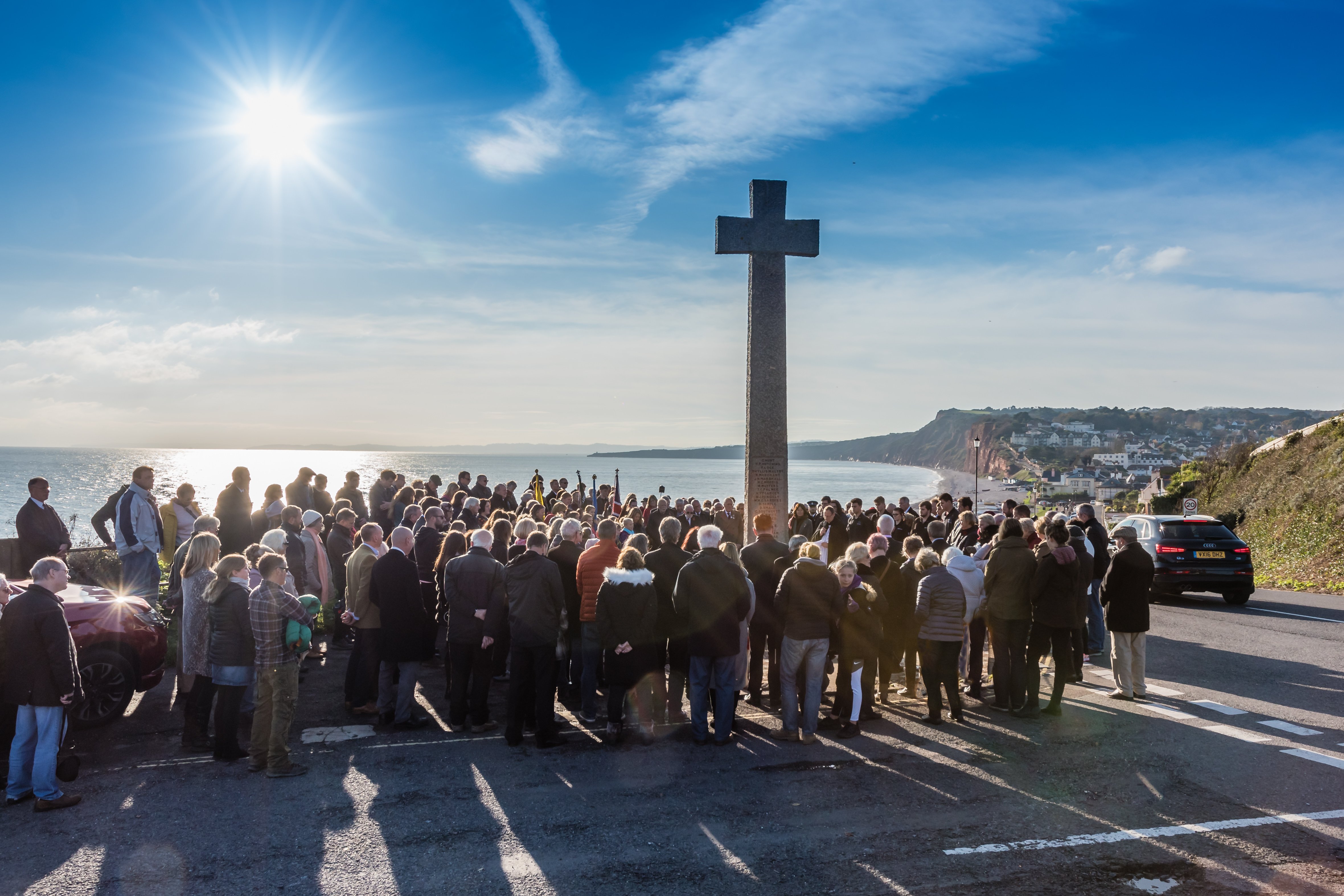 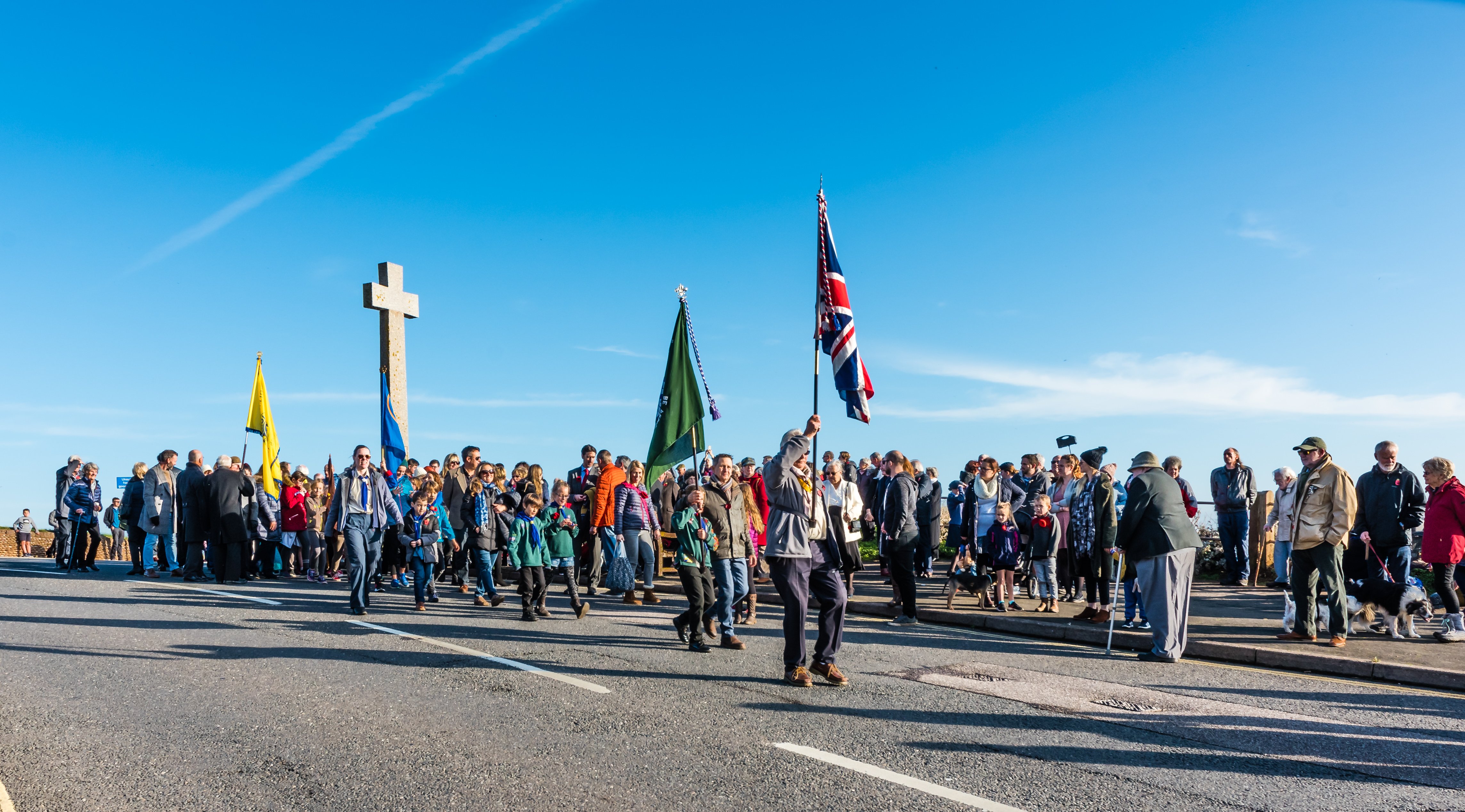 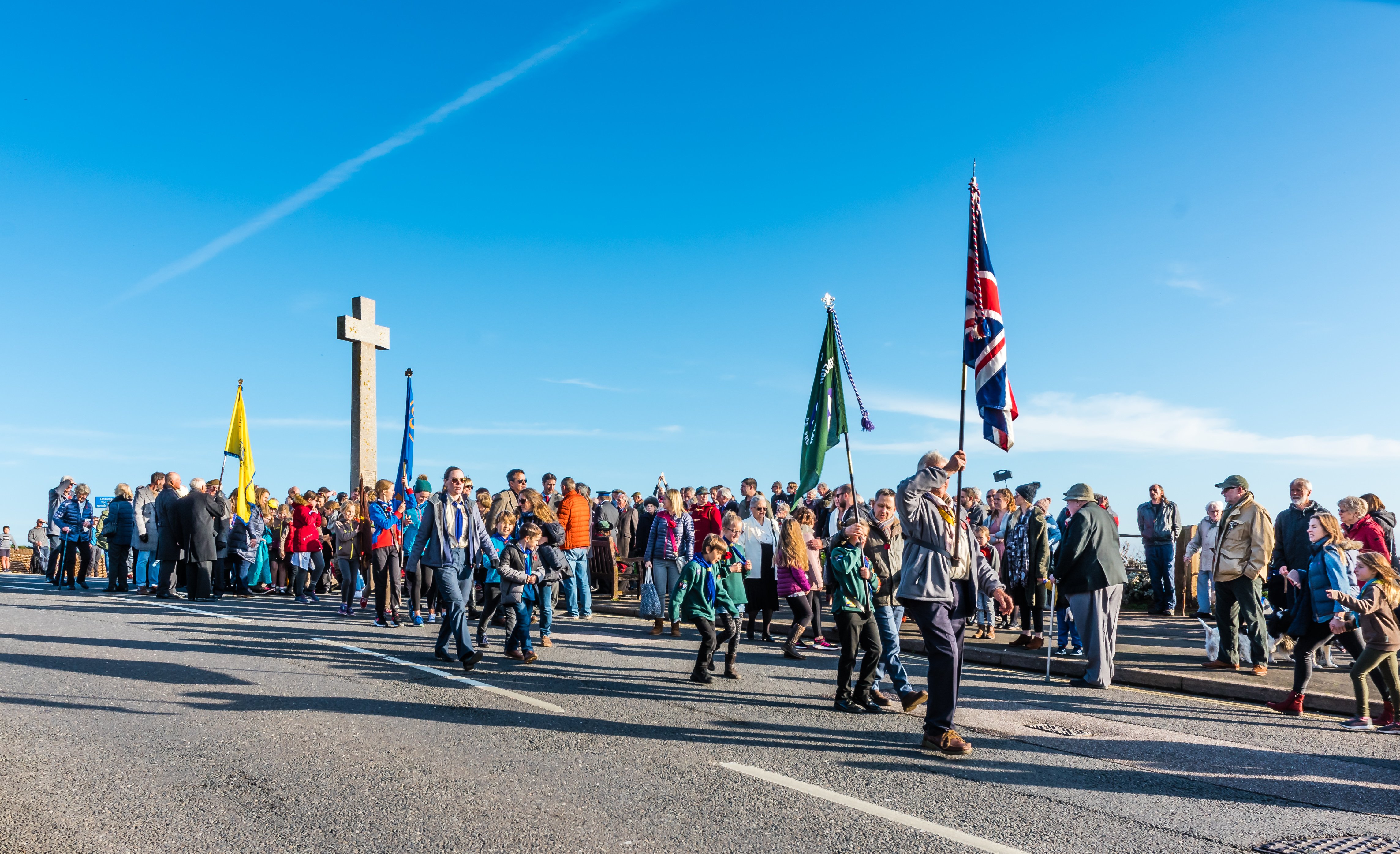 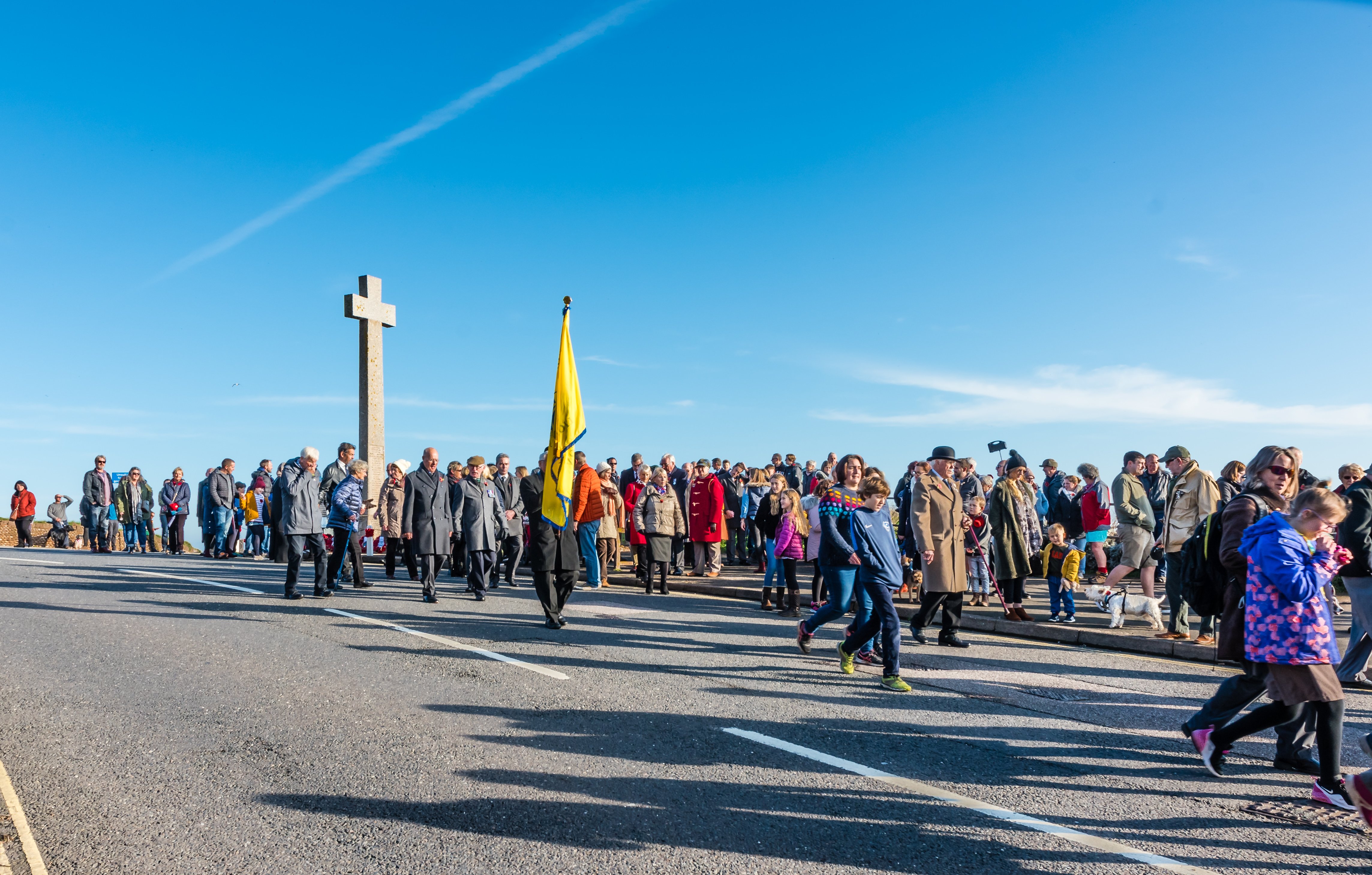 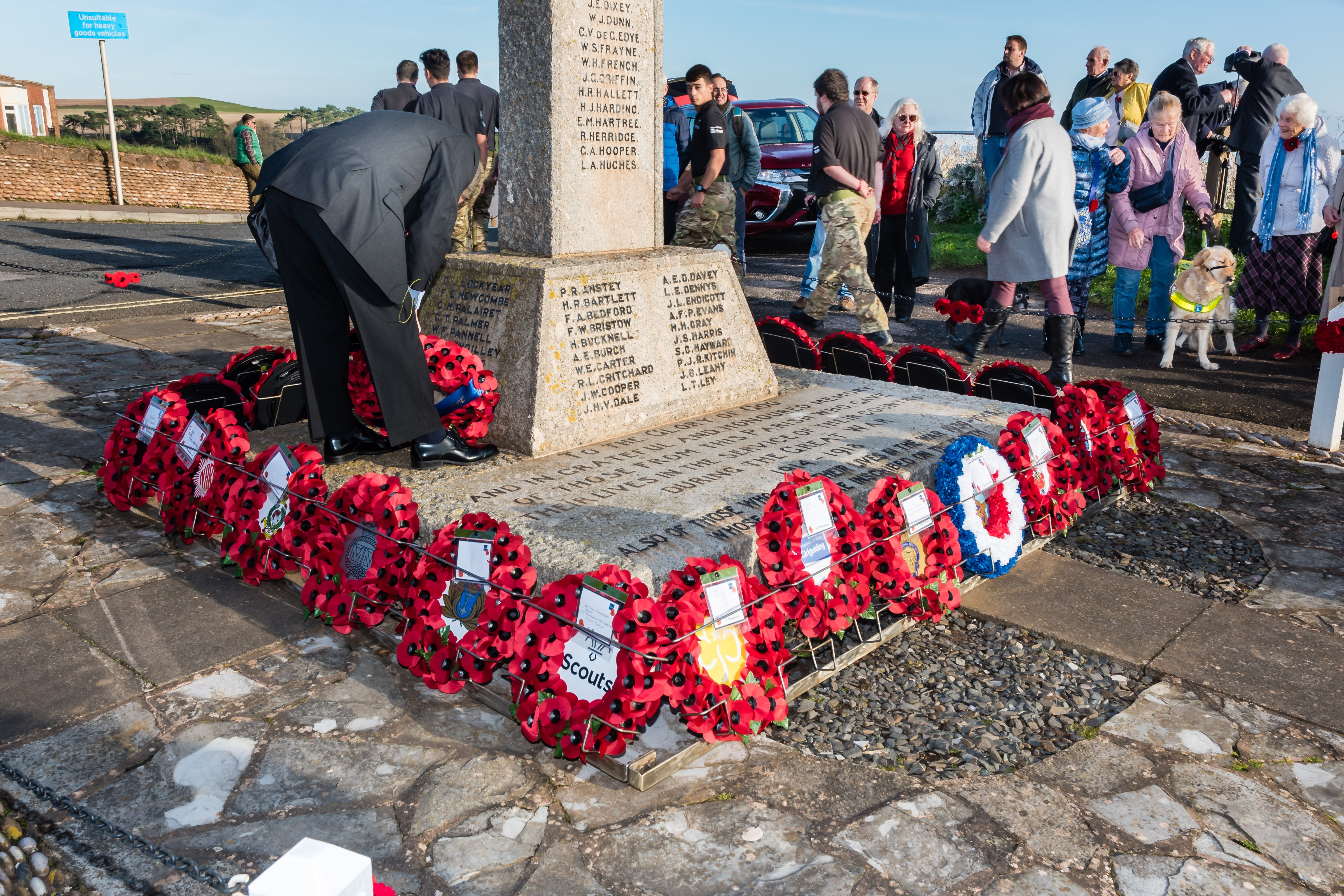 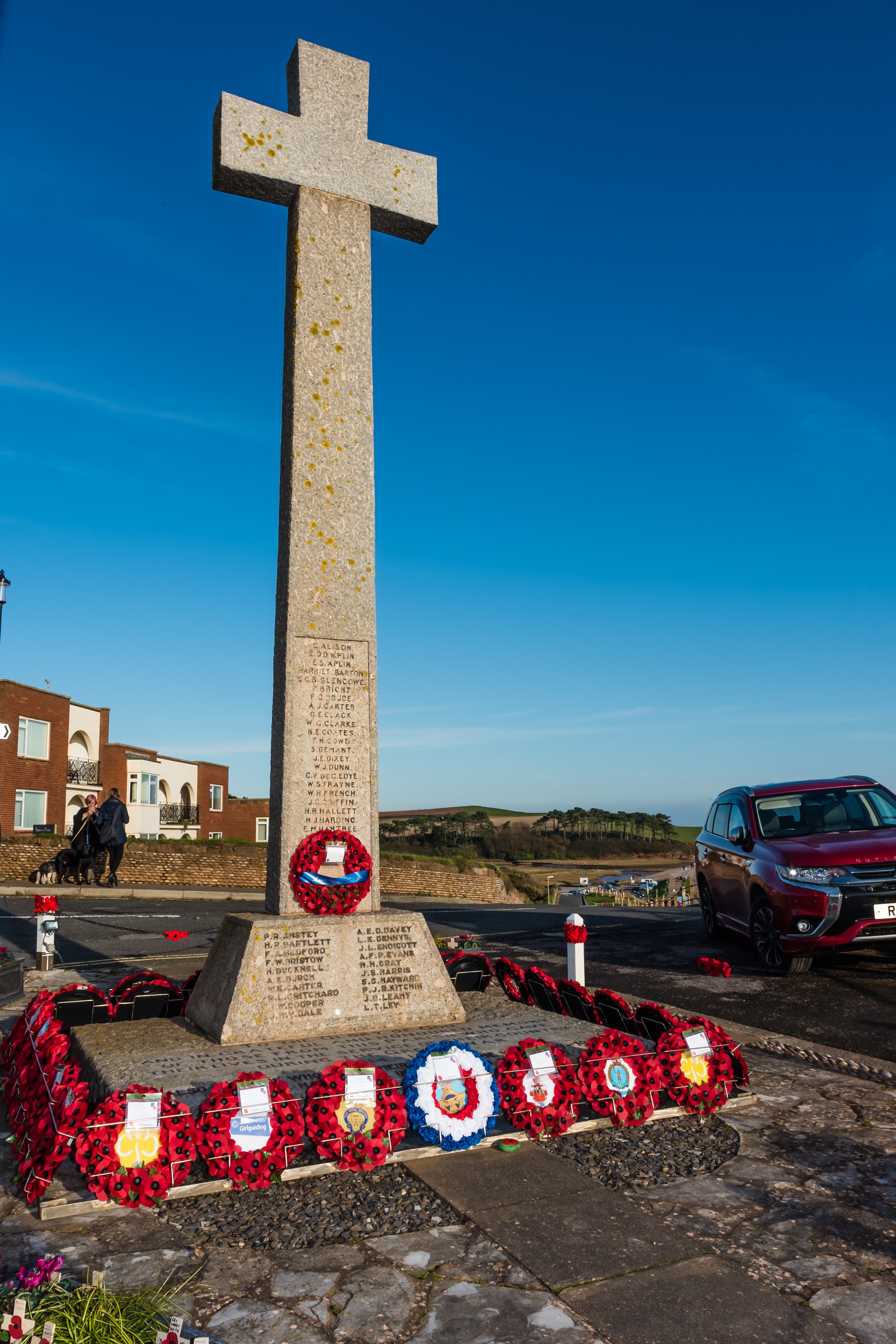