Saturday, June 12
Trending
You are at:Home»News»Ottery St Mary»Popular Ottery pub and restaurant The Volunteer Inn gets go-ahead for extension

A bid to extend a popular Ottery pub and restaurant has been given the go-ahead.

The Volunteer Inn, in Broad Street, can now expand its dining area into its courtyard with a single-storey addition featuring disabled toilet facilities.

However, proposals for a bigger roof terrace at the venue had to be scrapped for the plans to bag the green light.

The pub dates back to 1810 and blueprints stated the scheme would ‘help maintain and expand’ the business.

It is thought that the proposals, as amended to omit the extended roof terrace and substitute it for a walkway connecting the existing terrace to the rear beer garden, would be acceptable…

Permission was sought from East Devon District Council (EDDC) for a flat-roofed, single-storey addition to an existing restaurant and roof terrace extension.

However, this aspect was removed after it was opposed by some neighbours, Ottery Town Council and environmental health officers due to concern over potential noise. 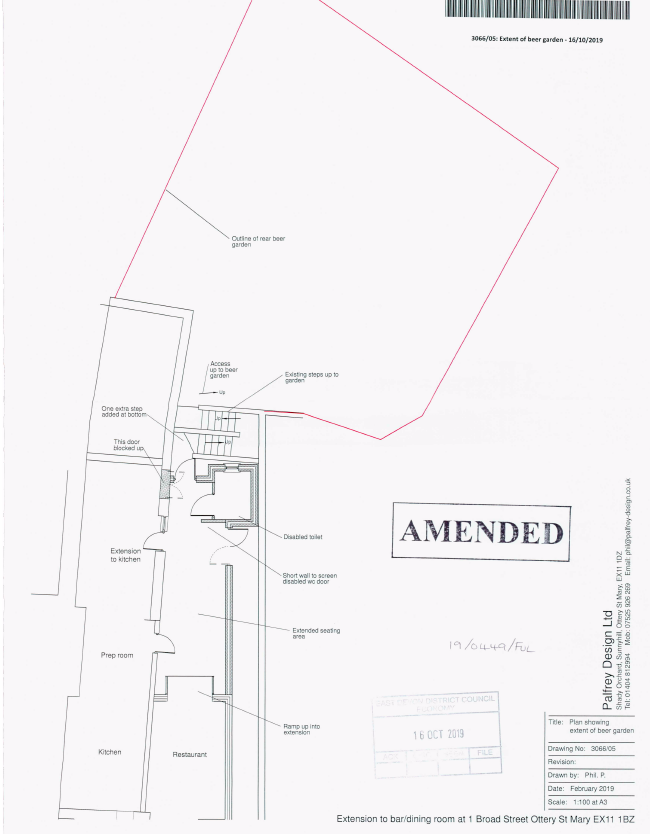 Plans for the extension from the application.

Proposals were subsequently tweaked to instead include a walkway along the roof of the new extension. This will link the existing terrace to steps up to an elevated grassed area, which is designated as prospective a beer garden space.

Granting the application planning permission under delegated powers, an EDDC officer said: “It is thought that the proposals, as amended to omit the extended roof terrace and substitute it for a walkway connecting the existing terrace to the rear beer garden, would be acceptable.

“On the basis of this negotiated revision, no objections are raised to the proposed development by officers, the town council or the council’s environmental health officers.”