The 81-year-old ‘man in the white suit’ addressed an audience of more than 100 invited guests at the Royal Beacon Hotel in Exmouth yesterday (Saturday).

He told Independent Claire’s supporters that he thinks she can emulate his historic 1997 victory in Tatton, where he served until 2001.

It’s always difficult as an independent, to be up against the party machines, but it’s do-able – Martin Bell OBE

Martin, who also worked as the BBC’s Washington correspondent, said: “I think there is going to be a lot of tactical voting in this election – you don’t have to be persuaded how important it is.

“What you need is a champion, a person of integrity, a person in the community and my goodness you have that – Claire I think you are going to win.

“It’s always difficult as an independent, to be up against the party machines, but it’s do-able.

“I think she is a remarkable candidate with a strong local presence. She’s well-known. I think it’s within her reach.

“Contrary to popular misconception, independents do have a strong voice in Parliament and, such is the current mass disillusion with mainstream parties, their voice will only become louder.

“I think for the people of East Devon to vote for this particular candidate is the very reverse of a wasted vote.

“It is a useful vote. It is a vote to put into Parliament someone who can genuinely represent you for the whole of a four or five-year term.”

East Devon has been a Conservative seat since the establishment of the constituency in 1997. It’s Tory representation at Whitehall under previous boundaries stretches as far back as 1868.

Prospective parliamentary candidate Claire, who is a Devon county councillor for the Otter Valley ward, was runner-up to Sir Hugo Swire in the 2017 general election – netting more than 21,000 votes.

Then, Sir Hugo won 48 per cent of the vote, with Claire securing 35 per cent.

Labour took 11 per cent of the vote, while the Liberal Democrats took two per cent.

East Devon’s MP since 2001, Sir Hugo announced in September he would not stand for election again. 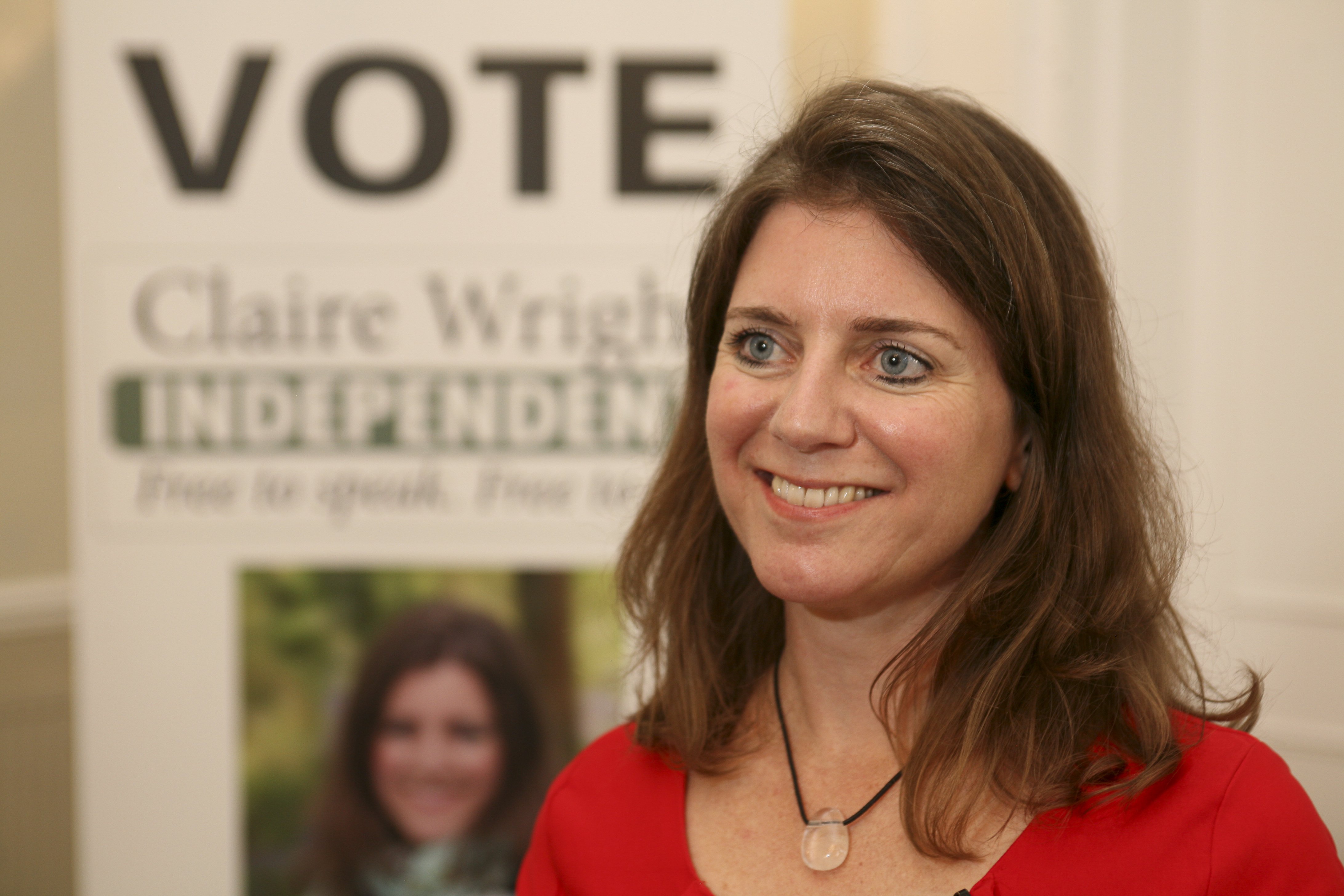 Claire Wright at the launch event in Exmouth.

Claire told supporters at the launch: “We can win this.

“I was inspired by Martin’s win and read his book around the time I was first thinking about standing for Parliament.

“I was also impressed by his establishment of the Bell Principles around integrity in public office.”

“It’s a complete myth that you need a party around you in the Commons. You don’t. It’s all about the person. The Green Party’s Caroline Lucas is probably one of the best known and effective MPs in the country.

“I’ve worked cross-party for the last 10 years to achieve a range of things and I would be exactly the same in Parliament.

“In 2015, I was an unknown. Now, after two campaigns, I can really challenge. I just think I can do so much good.

“There’s nothing certain about this election. National predictions don’t really apply to East Devon, because I am independent and the only viable alternative because I have a track record.

Daniel Wilson for Labour has announced his candidacy along with  Liberal Democrat and district councillor for Broadclyst Eleanor Rylance.

The Conservatives are yet to announce who will stand for the party in East Devon.

UKIP and the Green Party have also not revealed their parliamentary hopefuls to date.

Michael Amor had been announced as a candidate to represent the Brexit Party, but it is understood at this time that they will no longer be contesting the seat.