Sunday, May 31
Trending
You are at:Home»News»Exmouth»Exmouth mum’s marathon 24-hour bid to crochet her way to a Guinness World Record

An Exmouth mum-of-two is all set to crochet her way to a Guinness World Record – by enduring her hobby for a marathon 24 hours straight.

Natalie Morrison, 44, will be the first-ever person to attempt the feat, despite being diagnosed with painful osteoarthritis in her fingers.

The Byron Way resident wants to increase awareness of how craft can help boost people’s mental health and is raising cash for a trio of charities.

Scarves she creates during the epic effort will go to an Exeter cause helping the homeless.

With a world record attempt, you never know what is going to happen – and whether you can actually do it. Fingers crossed – I’ll push as far as a can – Natalie Morrison

Natalie, who has battled anxiety and depression, taught herself how to crochet five years ago and says it has become a ‘great coping strategy’.

“It is my hobby, I do it for three or four hours in the evening while watching television – it’s part of me now,” she said.

Natalie begins her 24-hour crochet marathon at noon today (Friday, November 1) at the Wool on the Exe yarn shop in Okehampton Street, Exeter.

“The idea came from me realising that I will never be able to complete a running marathon in my lifetime and raise loads of money for charity, which has always been on my bucket list,” she added.

“I did attempt to do running, but I couldn’t get past 1.6 miles – my body would just not let me.

Cash raised from the record attempt will be split between charities St Petrock’s, Knit for Peace and Natalie’s own Rainbow Arch of Mind.

Natalie, who turns 45 on Sunday, added: “I’ll probably be sleeping through my birthday!”

Shortly after deciding to take on the challenge, Natalie was diagnosed with osteoarthritis in some of her fingers – but is determined to overcome the pain.

She added: “With a world record attempt, you never know what is going to happen – and whether you can actually do it. Fingers crossed – I’ll push as far as a can.

“I am very excited and very nervous as well because I have anxiety, so it’s a major thing for me.

“The whole point of it is to raise awareness for mental health and that craft is a great benefit as a coping strategy.” 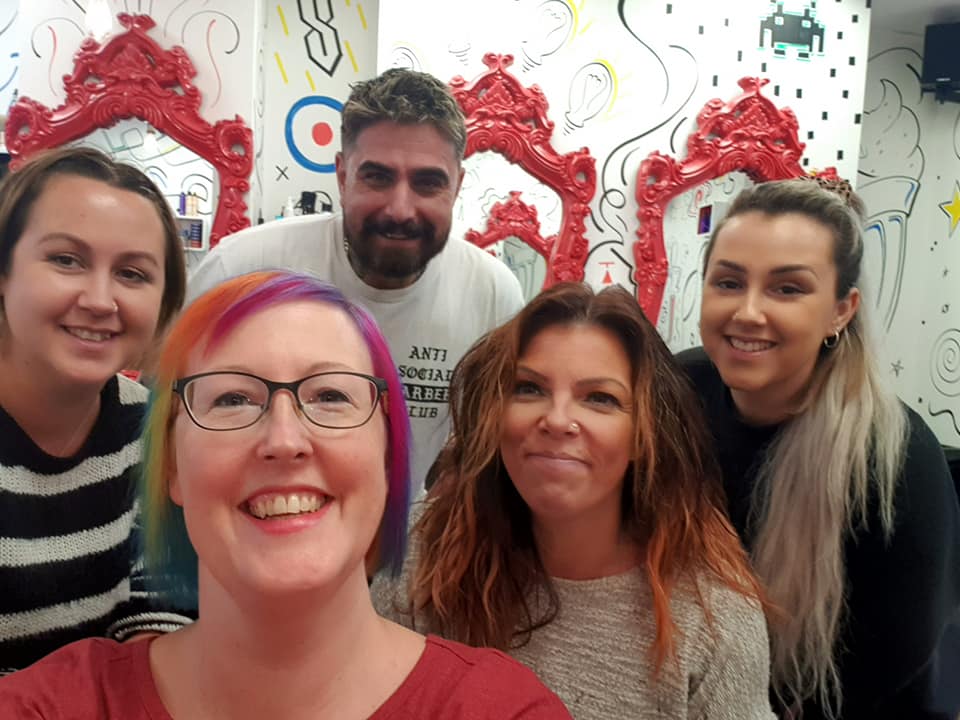 Natalie will be sporting rainbow-coloured hair during her challenge thanks to staff at Summer and Lola – Exmouth Hairdressers and Barbers. The business did her hair for free – and even turned down a tip to boost the fundraising effort.

St Petrock’s is an Exeter charity for people who are homeless or vulnerably housed and the scarves Natalie crochets will go to the cause.

Natalie says she is passionate about mental health issues and ‘breaking the stigma’. She created Rainbow Arch of Mind as a non-profit organisation to fund a website for mental health.

Crafters are welcome to join Natalie, who formed the Exmouth Crafty Crafters in 2015, during the challenge.

She will have to wait three months to find out if she has broken the record.

To support Natalie’s bid, visit her JustGiving page or keep track of her progress on Facebook. 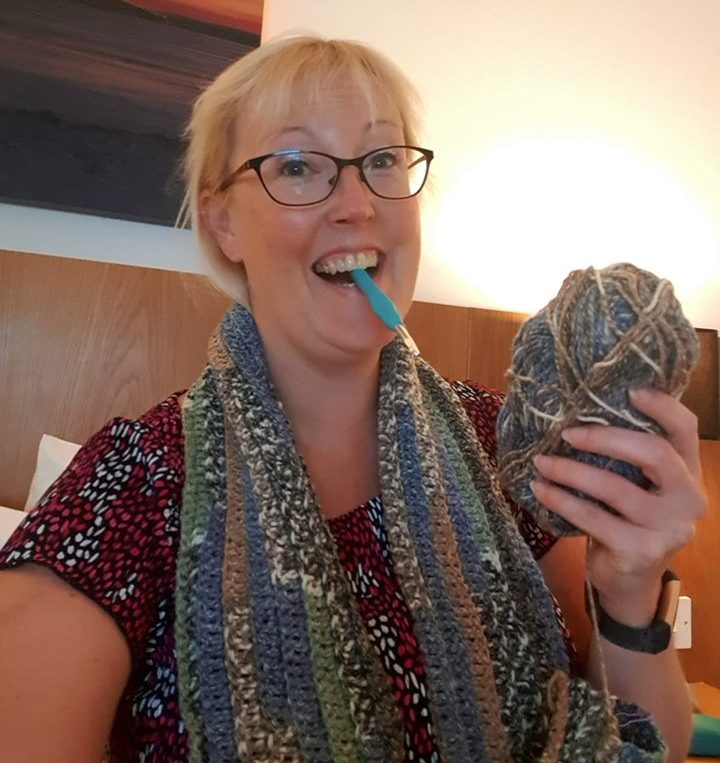 Natalie Morrison is aiming to crochet her way to a Guinness World Record.