A Sidmouth mum-of-three facing a year of chemotherapy has shaved her head to raise more than £500 for cancer support.

Earlier this month Deborah Parsons, 52, of High Meadow, urged women to attend their NHS mammogram invitations after her routine examination revealed she had an aggressive form of breast cancer.

The charity has been so good to me. I wanted to do something for them..

To coincide with Breast Cancer Awareness month, nan-of-two Deborah had her head shaved in the lingerie section at Fields of Sidmouth to raise funds for Sidmouth Living with Cancer support group, who has been helping her since her diagnosis.

She said: “I wasn’t concerned having my head shaved. I was going to lose my hair anyway.

“The charity has been so good to me. I wanted to do something for them.

“It was weird, having it done. It took ten minutes. Now it feels cold without my hair.

“It got supported by lots of people and raised over £500. Fields lingerie section was pretty full while I had it done.”

Deborah’s head shave, ahead of her chemotherapy and Herceptin treatment, was in memory of her mum, 77-year-old Carole Parsons, who died suddenly, shortly after her daughter’s diagnosis.

Earlier this month Deborah said it had done its job if her head shave made one person overcome their mammogram fears and attend their appointment.

She said: “If the mammogram appointment is inconvenient, phone up and change it. But make sure you go to it. It could save your life. It’s just five minutes of discomfort.

Deborah, a widow, was diagnosed with an aggressive form of breast cancer after a mammogram check at Sidmouth’s Manor Road car park mobile unit – an appointment she cancelled and rearranged.

She said: “I had no lumps at all. I had no idea. I have never felt so fit or so well, which is scary.”

Deborah’s year of chemotherapy means 12 months of money worries. Fearing her treatment will make her sick, she has given up her successful cleaning business, Maid in Sidmouth. 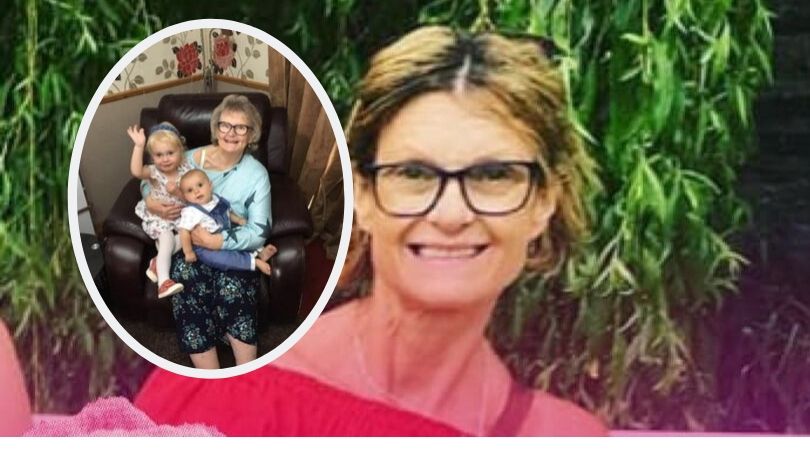 Deborah Parsons faces a year of chemotherapy.
She shaved her hair off in memory of her mum, Carole Parsons (inset).