A change to East Devon District Council’s (EDDC) constitution has altered how controversial plans for a 20 per cent price hike at popular car parks will be decided on.

The issue must now be considered by full council – as opposed to the authority’s cabinet – after a motion by Exmouth Halsdon representative Paul Millar was successful.

Busy car parks in Honiton, Axminster, Seaton, Beer, Sidmouth, Budleigh Salterton and Exmouth face a tariff rise from £1 to £1.20 under the proposals.

With a little bit of focussed research through the TAFF, we might be able to ensure we increase revenue in a way which doesn’t hurt our local communities and the most vulnerable people within them – Cllr Paul Millar

Councillors this week overwhelmingly agreed to add ‘car parking strategy’ to the current list of 12 discretionary areas of the Policy Framework whereby full council, and not the cabinet makes, the decisions.

The cabinet had previously agreed to put the plans out to public consultation.

That decision was ‘called in’ to be looked at by the authority’s scrutiny committee and a special meeting on Thursday.

EDDC has also set up a task and finish forum (TAFF) to consider the future of the region’s car parks. 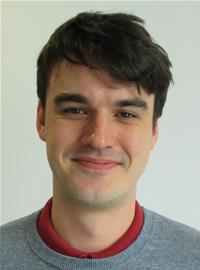 He said: “Amending the constitution in the way I suggest ensures that cabinet cannot ignore the findings of scrutiny’s extraordinary meeting and gives both cabinet and council the opportunity to reflect on the work of the task and finish forum, which, over the coming months, will crunch data and conduct detailed research into ongoing and future management of the operation of the council’s car parks and make recommendations.

“It is a necessary insurance policy against cabinet not examining detail and making uninformed decisions on car parking strategy now and in the future.

“Going ahead as we are will not serve the reputation of the council very well.

“With a little bit of focussed research through the TAFF, we might be able to ensure we increase revenue in a way which doesn’t hurt our local communities and the most vulnerable people within them.

“By ensuring all councillors get a voice and a vote, this should lead to a more considered policy – the design and implementation of which takes into consideration of a multitude of factors and employs a holistic approach to ensure the bigger picture is seen, and any consultation which eventually goes forwards offers the public a proper and honest choice.”

Cllr Eileen Wragg added: “To pull out a blanket figure out across the district, it wasn’t thought out at all. This needs to be thoroughly examined and shouldn’t be left for a very small amount of people to decide.”

Cllr Mike Allen urged the cabinet to ‘start acting like a cabinet’, adding: “They cannot keep having shambolic four-hour meetings and transfer decisions to full council as it cannot keep its own house in order.”

Cllr Mike Howe said; “I don’t fully agree with the motion, as I think the decision should stay with the cabinet, but cabinet needs to let the TAFF do its job.

“It could well decide on increases, but you are making assumptions on issues you don’t have the facts for. You may be surprised, you may not be, but don’t pre-empt what they say.”

Thursday night’s scrutiny committee saw councillors recommend to cabinet that a report from a newly-created East Devon parking sub-committee should be considered before making a decision on tariff increases.

The cabinet, which convenes on Wednesday, will now have to make a recommendation to full council on the topic, rather than have the power to make a decision at that meeting.