Tuesday, May 11
Trending
You are at:Home»News»Exeter»Bid to turn Exeter ambulance station into student flats is unveiled

Plans to turn Exeter ambulance station into student flats have been revealed.

The Watkin Jones Group has put forward plans that would see the existing buildings in Gladstone Road demolished and replaced with a five-storey block of accommodation.

The scheme proposes 154 bed spaces  – a mixture of 37 studios and 117 cluster rooms – and a ‘quality landscape scheme’ to replace an ash tree that would be cut down.

South Western Ambulance Service NHS Foundation Trust has previously confirmed that the Exeter ambulance station in Gladstone Road is being sold -and it is the process of identifying a suitable alternative site in Exeter.

Leader of Exeter City Council Phil Bialyk recently said new student flats blocks in Exeter should include accommodation for ‘everyone’ – and the authority has been talking to developers about its co-living proposals.

No reference to whether co-living should be considered as part of the application is made in a statement prepared by the Watkin Jones Group.

It says it intends to secure planning permission, build and then operate the development. 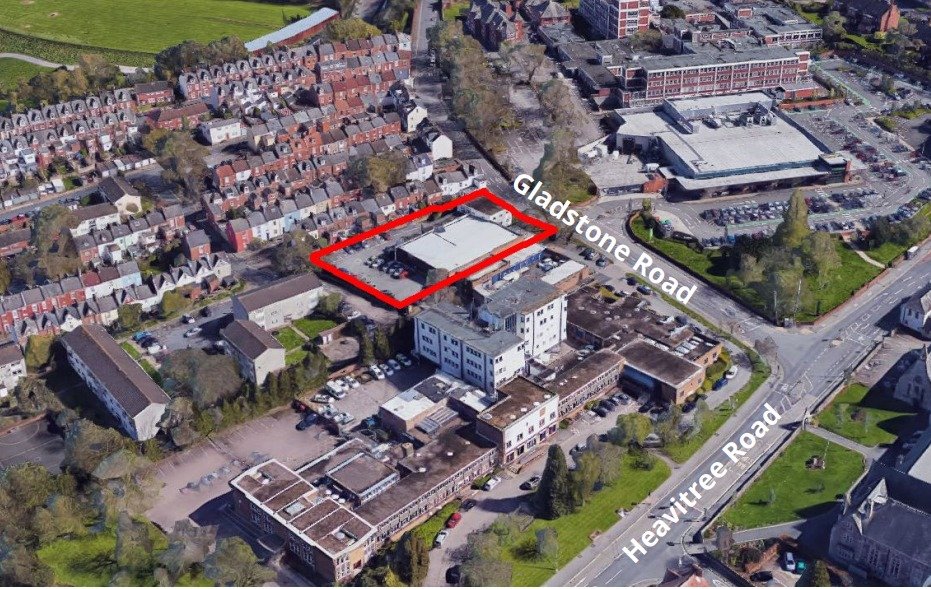 The Exeter ambulance station site is currently up for sale.

The firm adds it is an opportunity to secure, in the short-term, the delivery of well-managed, purpose-built student accommodation in a very sustainable location within the immediate vicinity of St Luke’s campus.

The student accommodation would be managed by Fresh Student Living (Fresh), which is part of the Watkin Jones Group and currently operates student flats at Queen Street studios, Cricket Field Court in Prince of Wales Road, and The Barn at Cheeke Street.

A planning statement says: “The site is in an ideal location for student accommodation, given its location in close proximity to Exeter University’s St Luke’s campus.

“The student accommodation would be managed by Fresh Student Living (Fresh), part of the Watkin Jones Group, specialising in offering student management services.

“Management staff, security staff, and/or wardens would be on hand 24 hours a day, seven days a week to address any concerns raised by occupants of the building or members of the public and the creation of purpose-built student accommodation has the benefit of ensuring that students live in a highly managed environment.”

To prevent problems of antisocial behaviour, such as noise and nuisance, and in order to protect the amenity of neighbouring residents, particularly those on Sandford Walk, the external courtyards would be closed at 10pm each night.

There would be no car parking provision at the site but there would be 84 secure, covered cycle parking spaces and a crossing point across Gladstone Road towards Waitrose.

The proposed development would use Combined Heat and Power (CHP) and boilers as a main source of heat for hot water, the application says.

An artist’s impression of plans for student flats in Gladstone Road, Exeter.

The statement recognises that there are some areas of the city that are unbalanced with regards to the amount of student accommodation, but adds: “This is not one of them.

“It was recognised in discussions with politicians prior to the submission of this application that this is not an area that suffers from over-concentration.

“The provision of purpose-built student accommodation would actually provide the chance to improve community balance in the area by helping to halt the conversion of traditional housing to HMOs to meet the ongoing demand for increased accommodation for an expanding university and to release existing student HMOs to the general housing market, which in turn would ease pressure on existing family housing.

“There is considerable and ongoing need for purpose-built student accommodation in Exeter.

“It is recognised that there has been a significant increase in purpose-built student accommodation in Exeter over the last few years, but this has only responded to the increase in student numbers, meaning that the number of student HMOs has stayed virtually static.

“The close proximity of the application site to Exeter city centre means that future residents would have excellent access by walking, cycling and public transport to the city’s shop, services and facilities.

“In conclusion, there are no planning policy or technical reasons not to approve the application.

“The application has significant benefits for the growth of Exeter University and Exeter’s economic prosperity.”

Exeter City Council will determine the fate of the application.