A multi-million pound new police station in Exeter is on course to open in the spring of 2020.

The hub at Middlemoor will provide a county operational HQ for Devon and will be the base for up to 450 officers whose duties range from community policing to major crime investigation.

Ground was broken at the site in June 2018 at a ceremony marking the start of work on the £29million project.

The new police HQ will also include a state-of-the-art custody suite that will provide 40 cells and improved front desk for the public.

It will replace the dilapidated Heavitree Road Police Station which has been deemed no longer fit-for-purpose.

The scheme is on target and on budget, a spokesman for the Police and Crime Commissioner has confirmed.

The new police station has been designed with the input of serving officers and is essentially split into two sections connected by a linking corridor.

One half is designed to hold suspects, where there will be a large custody desk separating two blocks of 20 cells.

The cells – each about three sq m – will have a bed, sink, toilet and buzzer. Behind these are two exercise areas which are lit by natural light from the roof.

The floor above the custody suite will house machinery allowing them to function properly.

In the other half of the complex, known as South Side, police staff and officers will work in modern facilities.

The building will replace the current Heavitree Road station which is more than half a century old and considered so dilapidated as to be almost impossible to work in.

Police will now be able to enjoy spectacular views of east Exeter, including Woodbury Common, the Exe Estuary and the blue footbridge over the M5. To the west, Haldon Hill will be visible from the second floor.

The new HQ will be in the top 10 per cent of sustainable buildings in the country and features 314sq m of solar panels and a state-of-the-art water supply.

It has been built to meet stringent thermal efficiency standards and will produce 22 per cent less carbon dioxide than a standard building. 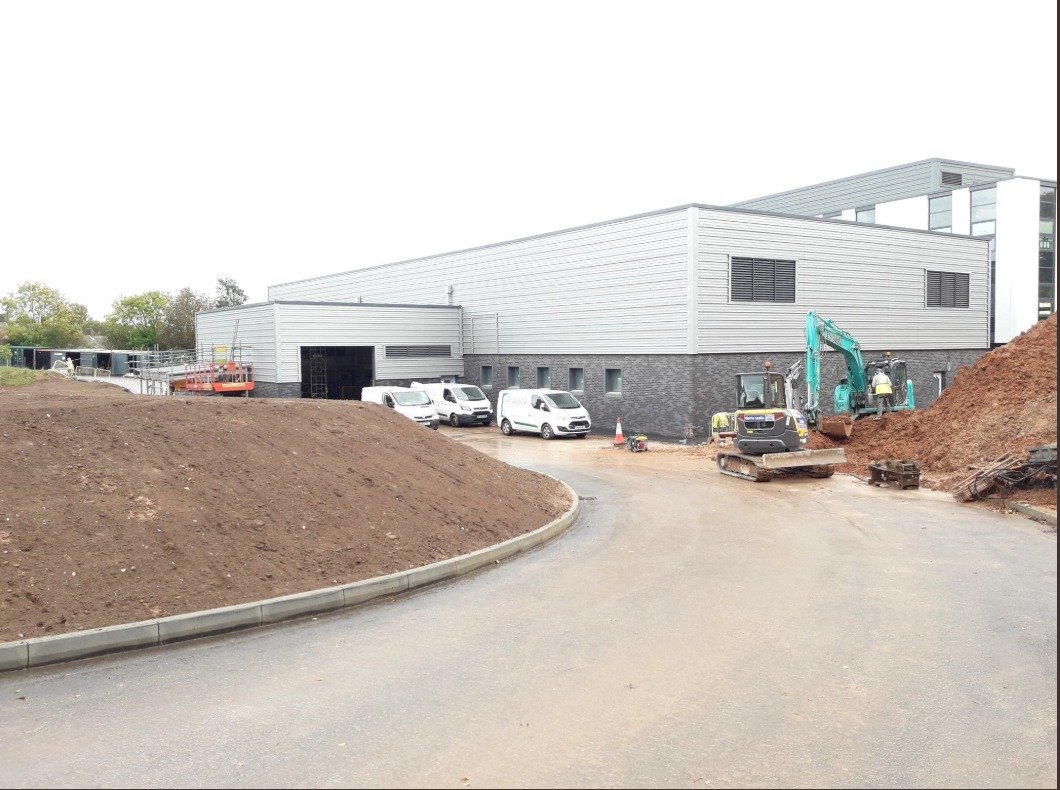 Alison Hernandez, Police and Crime Commissioner for Devon and Cornwall, said: “Making sure our police officers have the best facilities to keep our communities safe is a key element of my Police and Crime Plan.

“Crime is evolving in our communities and societies and changing and we know that policing needs to change along it.

“This is about a significant step-change in the way we look at policing in the 21st century and this is £29million-worth of investment for the community in Exeter, in Devon, in Devon and Cornwall and for policing.

“At a time when police budgets are high on the agenda, it is good for the public to be able to see how the money they spend on their police is being invested.”

Police issue warning after rise in thefts from motor homes