Saturday, January 18
Trending
You are at:Home»Editor's Choice»They’re coming back! Bag yourself a bit of Budleigh in time for Christmas

Bag yourself a bit of Budleigh in time for Christmas – the Budleigh Bag will be back on sale within weeks.

The handmade bags, lovingly made and stitched together by Budleigh Hub craft group members, proved so popular when they were launched in the summer they sold out within two days.

Now the crafters are looking ahead to the festive season and plan to have another batch of Budleigh Bags on sale at The Hub in time for present buying.

Budleigh aprons and tea towels will be added to the handmade line later on thanks to the Hub’s Memory Café members getting creative.

He said: “They sold out within two days. It was amazing.  Just over 100 bags raised over £300 for Budleigh Hub and Age Concern Budleigh.

“They were queuing over the ones they wanted.

“The craft group are now busy making some more and they will be on sale within the next four weeks, just before Christmas.

“We are now moving into making Budleigh aprons and Budleigh tea towels through the Memory Café.”

The aim of the handmade bags was to combat loneliness and boost friendship – and promote Budleigh as a plastic-free town.

Marc previously said the bags were a ‘ruse’ to bring together people of all ages – different social and economic groups – with the aim of making new friends.

She said she knew people had been sitting at home, sewing, knitting and crafting, and the bag project was a good reason to leave the house, meet up and have some company.

The handmade bags were inspired by a Surfers Against Sewage campaign to turn towns into plastic-free communities. 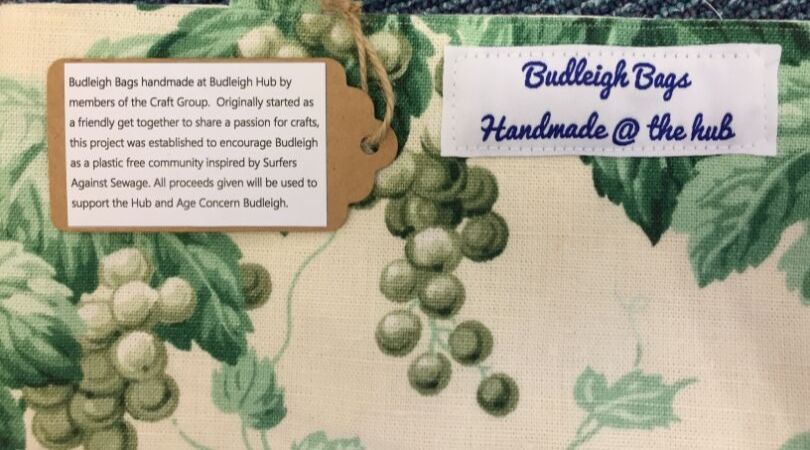 The Budleigh Bag will be on sale again within weeks. 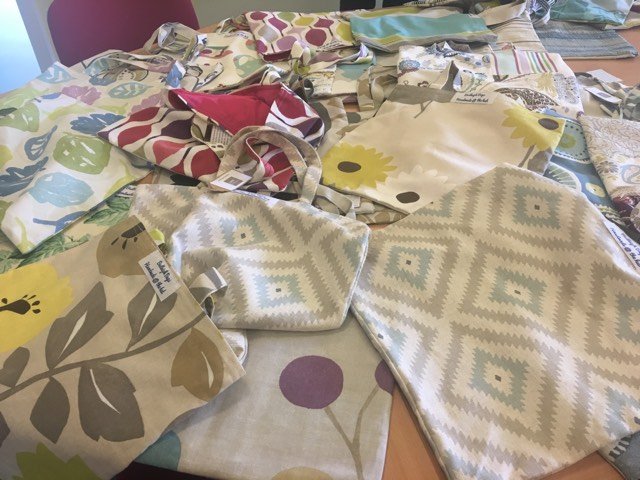 Each Budleigh Bag is a unique design.

Invitation to rid your road of parking restrictions in Exmouth, Budleigh, Lympstone, Woodbury and Exton