A bid to slash council tax in a ‘wonderful but ridiculously expensive place to live’ has been defeated.

Broadclyst Parish Council currently charges £244.51 for a band D property for its portion of residents’ council tax bills, compared with the average in Devon of £42.20.

The figure means that the village is fourth most expensive non-unitary parish in the country.

This is an astounding sum of money and needs to be dramatically reduced. Broadclyst parish is a wonderful place to live but it has become ridiculously expensive – Cllr Carl Straw

Councillor Karl Straw, who joined Broadclyst Parish Council in May, put forward a motion at last Monday’s full council meeting calling for the bill for 2020/21 to be reduced by £75.

Had it been approved, it would have seen the reduction would have increased by up to £190 over the next few years.

However, the bid was rejected by six votes to two.

Cllr Henry Massey, chairman of the council, said members agreed with the spirit of the motion and would go through every line of the budget this year to see what costs could be cut.

But he said being tied to the specific figure and cutting a third of the budget in one swoop would leave to services being axed.

Cllr Massey added that the reason council tax in the parish was so high was down to a combination of the rapid growth it has experienced –  from 1,000 to 8,000 residents in a decade – and the requests to provide services that district and county councils no longer were. 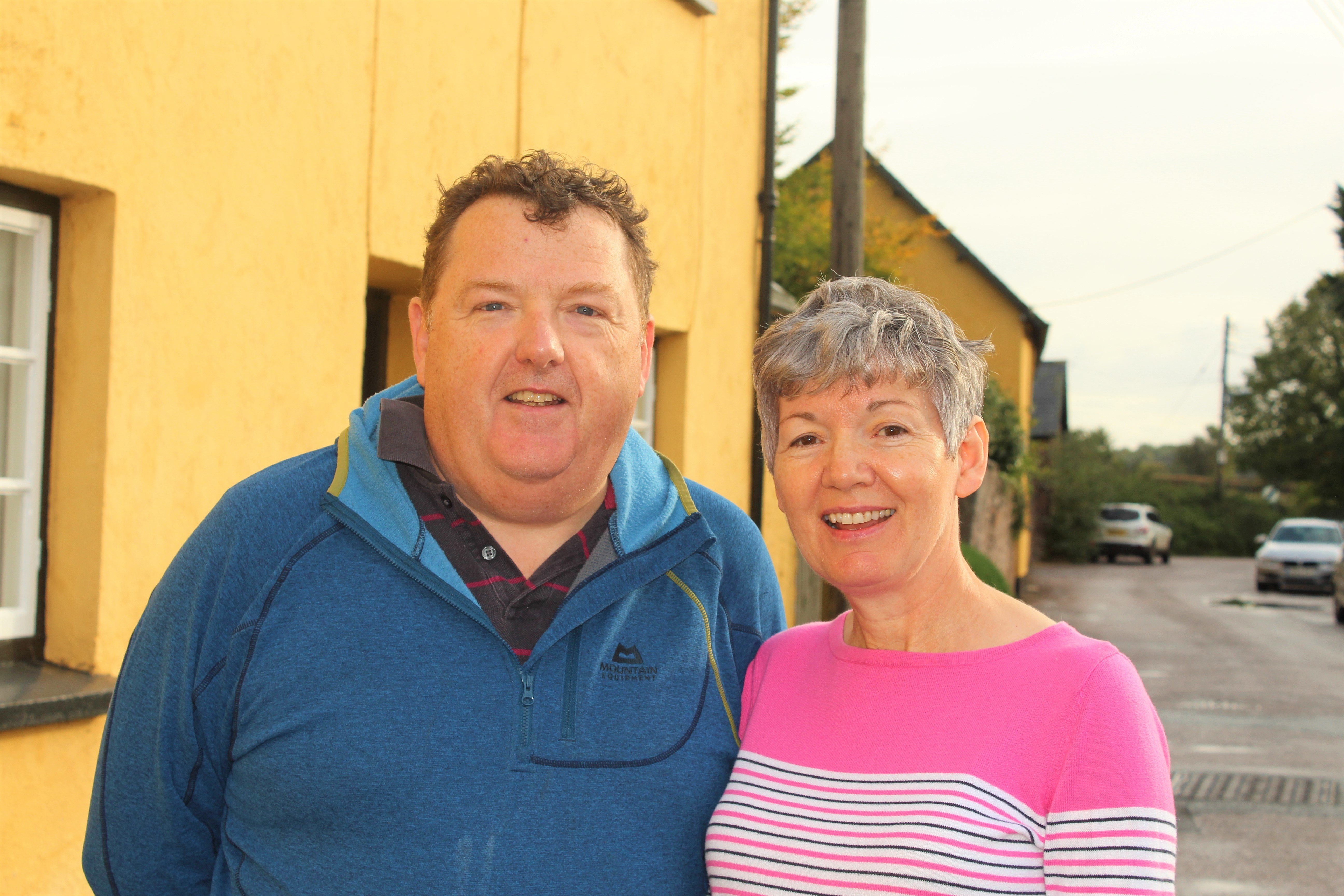 Putting forward his motion, Cllr Straw, a management consultant specialising in government cost control, said that the £244.51 charge for a band D property compared with the average in Devon of £42.20.

He added that neighbouring parishes like Whimple charge only £23, Bradninch  £50.24, and Politmore £43.

Cllr Straw said: “This is an astounding sum of money and needs to be dramatically reduced. Broadclyst parish is a wonderful place to live but it has become ridiculously expensive.”

This meant, according to Cllr Straw, Broadclyst was becoming a very hierarchal village where only the rich can afford to live or retire into. He said the younger generation were finding it harder and harder to afford housing there. 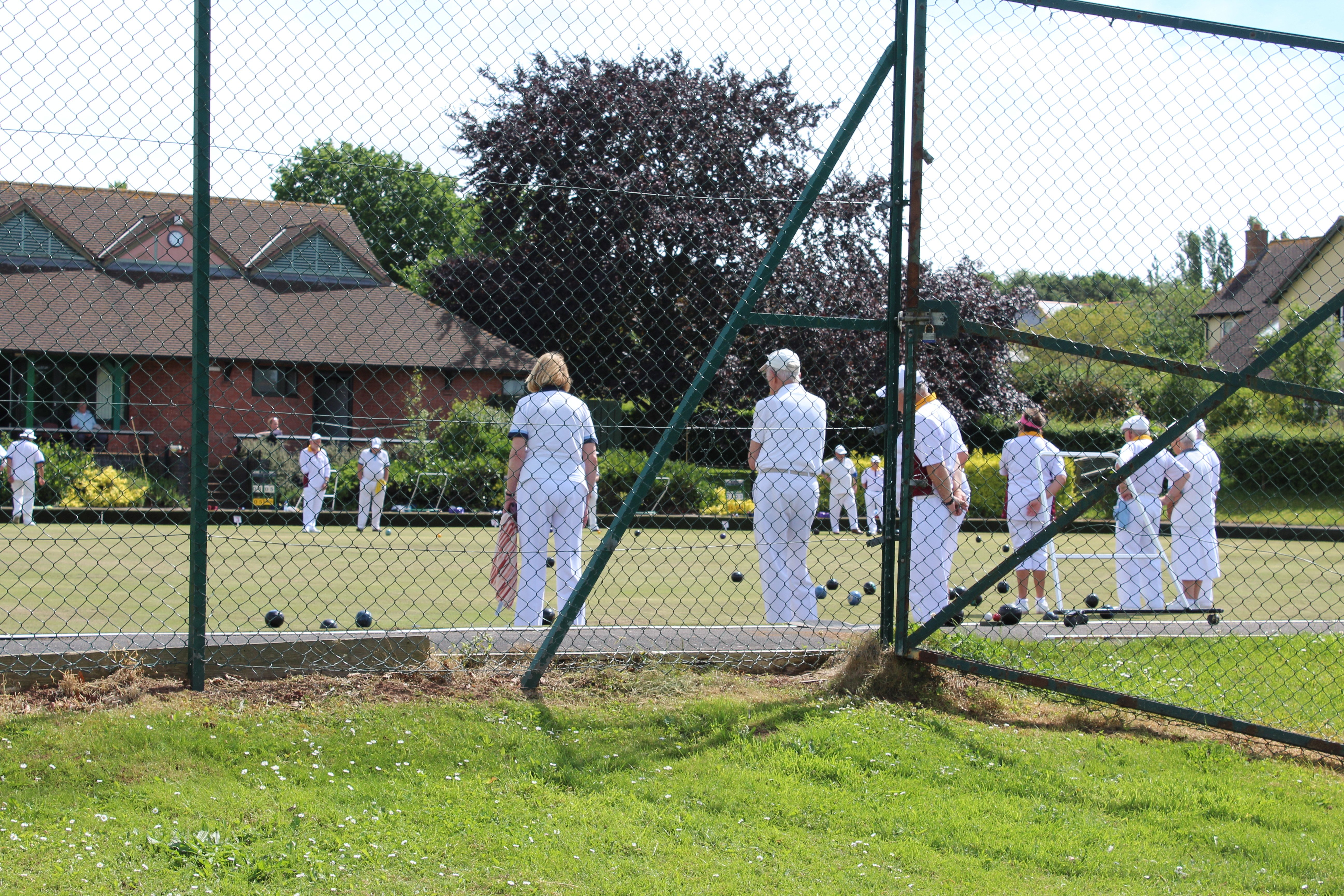 Cllr Straw said after the meeting: “It was very disappointing that my fellow councillors did not recognise that many residents struggle with their finances every week and that £190 a year or £4 a week could mean the difference between having enough food or not.

“Councillors did not understand that £190 per year was a lot of money for struggling residents.

“Since the meeting we’ve had this excellent cost-cutting suggestion from a parishioner about re-locating the council office.

“The council pays £16,000 a year for office and car parking on the Sowton industrial estate, outside the parish, while the council-owned village sports pavilion is a loss-making building, mainly used at weekends.

“The parishioner has suggested it would make sense to reduce costs and move the offices to the pavilion.

We do provide a lot of services and we have been asked by the community who don’t want to see things lost. We had a request to provide more services and so we have to set the council tax accordingly – Cllr Henry Massey

“During the meeting, one councillor said that we have to pay more because people with new cars would complain if they get scratched on uncut hedges.

“I don’t know what world they live in, but most ordinary hard-working people don’t have brand new cars; a lot of residents struggle even to have a car.”

Cllr Straw said that parishioners were also very concerned about the high cost of leasing a maintenance truck – at £4,500 a year, plus £3,000 for insurance and other costs. 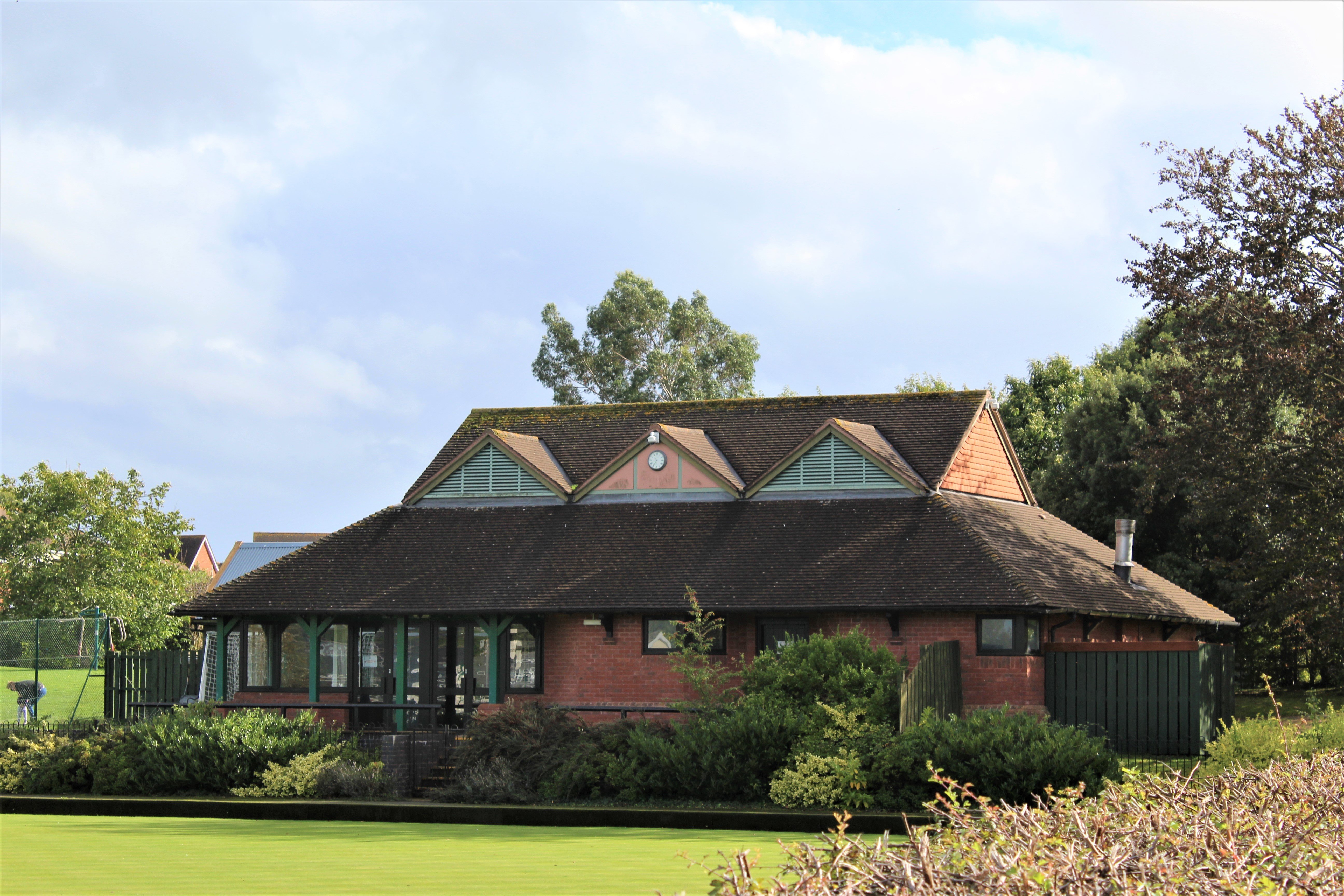 She said: “This council dramatically increased the tax, now it’s time for a dramatic reduction and time to listen to local people’s concerns.

“We must behave responsibly and carefully with public money. Other thriving Devon parishes charge a sensible council tax. We need to do the same.

“We can’t afford to subsidize the bowling club to the tune of £10,000 – it’s highly irresponsible, especially in a time of austerity.

“There have been a lot of complaints about the bowling club costs and I hope the club will take over most of the costs and not expect the public purse to fund their hobby.”

Speaking after the meeting, Cllr Massey, said: “The council tax in Broadclyst is high, as it is in Cranbrook and Clyst Honiton, our neighbouring parishes.

“We do provide a lot of services and we have been asked by the community who don’t want to see things lost. We had a request to provide more services and so we have to set the council tax accordingly.”

He said that, as the services are established over time and there are more people in the village, the costs to the parish authority would be less and council tax would drop accordingly.

Cllr Massey added: “They wanted to knock the council tax bill down by £150,000, which is about a one third of the precept, and the concern was that losing the that amount in one go and the specific figure it referred to was that we would have to shut down some services. 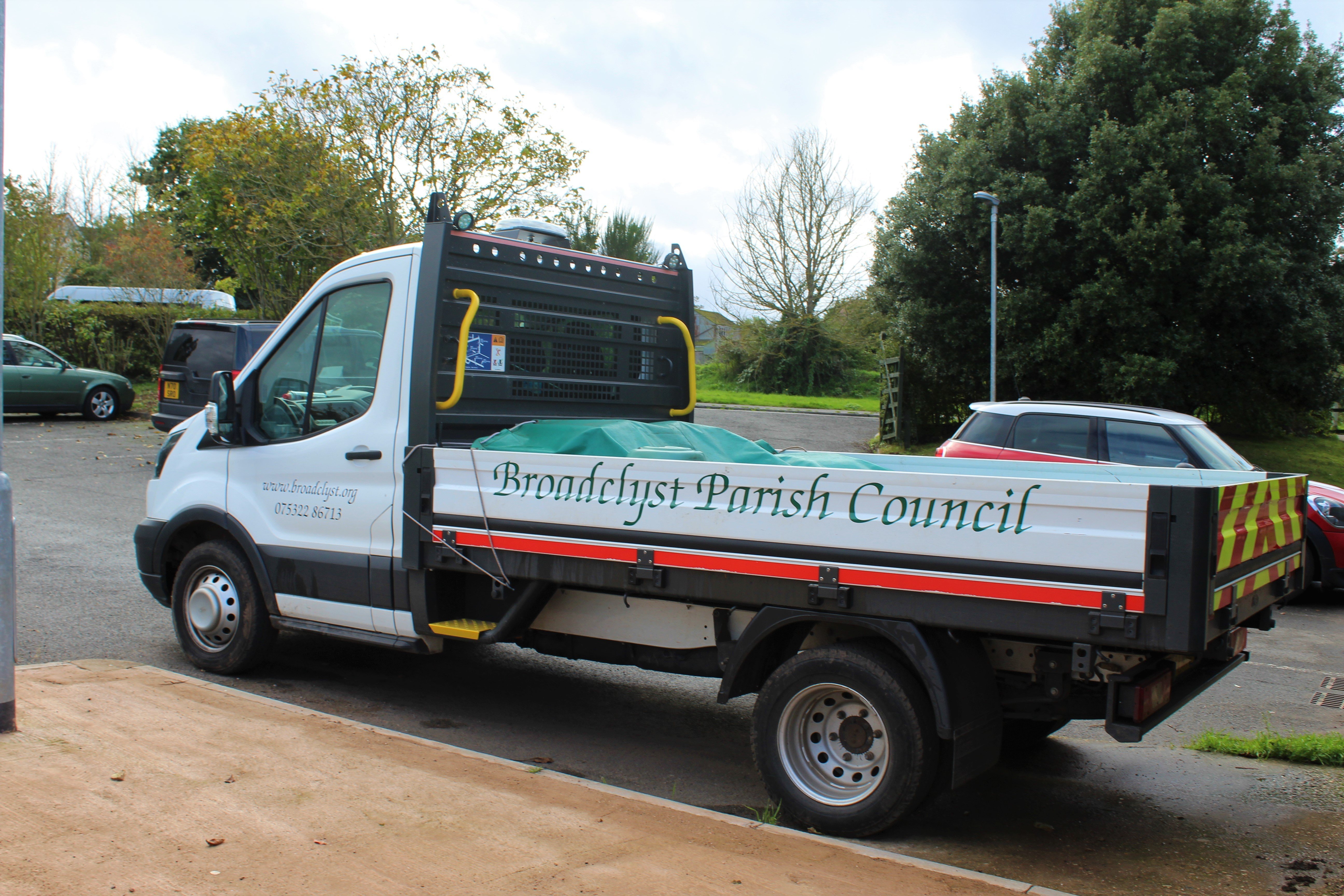 “The parish council is happy to cut costs and will be going through the budget. There may be things we can cut the costs of to make some significant savings, but we don’t want to be tied to a specific figure.

“They put their proposals forward, they were debated and voted on, as councils do. Of course, we will look at the budget going forward, as we do every year, but we have to strike the right balance between charging enough so we can deliver the services that the village wants us to, and not having it so large that people cannot afford to pay their council tax.”

He said that the bowling green had been mentioned as an example of something that could be cut, but it brings in in an income and is of a value to the elderly, who otherwise might not get out so much, socialise and be active.

Other services that the parish provided, Cllr Massey said, included taking over potholes repairs, maintaining footpaths and hedgerows. It also supports various teams and sports clubs in the village.

Cllr Massey warned that cutbacks of the size proposed would instantly mean a lot of this would have to go.

He added: “It’s not that we don’t want to cut the council tax, but we cannot do it all in one go.

“We will review every line in the budget and we welcome them pushing us in this way to debate it and look into the costs accordingly.”

The parish council will be considering and examining its budget for next year over the next two months.

Cllr Carl Straw is hoping it will set up a people’s forum to allow Broadclyst residents to discuss the precept they want the council to operate with and what services are important to the parish.

Proposal to bring forward building of hub for children’s centre, library and youth services in Cranbrook is backed