Tuesday, June 28
Trending
You are at:Home»News»Sidmouth»‘We need the help of the people in Sidmouth to prevent another fatberg’ – warning as fat is still seen entering the sewer

“We really do need the help of the people of Sidmouth and the South West to prevent another fatberg forming.”

That is the message from South West Water (SWW) after the ‘autopsy’ of Sidmouth’s giant fatberg, found under the Esplanade last December.

Even though the Sidmouth fatberg made headlines all over the world, South West Water has warned fat can still be seen entering the sewer.

Andrew Roantree, South West Water’s director of wastewater, said: “Please only flush the 3Ps – pee, paper and poo – down the loo and to dispose of fat, oil and grease in the bin not down the sink.”

We were all rather surprised to find that this Sidmouth fatberg was simply a lump of fat aggregated with wet wipes, sanitary towels and other household products that really should be put in the bin and not down the toilet…

The 64-metre monster – greater in length than the Tower of Pisa – was discovered under The Esplanade in Sidmouth by South West Water, just before Christmas last year.

A team of scientists from the University of Exeter were asked to carry out an extensive ‘autopsy’ of the fatberg to try and solve the mystery of how it was constructed, if it posed any environmental risks.

Scientists received four samples from the fatberg, each weighing around 10kg, as workers were removing it from the sewer.

The team found the samples they received were mostly made of animal fats – consistent with domestic food preparation – combined with household hygiene products, wet wipes and sanitary products, plus natural and artificial fibres from toilet tissues and laundry.

Crucially, the team found the fatberg contained no detectable levels of toxic chemicals – meaning its presence in the sewer, while increasing the risk of a blockage, did not pose a chemical or biological risk to the environment or human health.

“We worried that the fatberg might concentrate fat-soluble chemicals such as those found in contraceptives, contain now-banned microplastic beads from cosmetics and be rich in potentially pathogenic microbes, but we found no trace of these possible dangers.

“We were all rather surprised to find that this Sidmouth fatberg was simply a lump of fat aggregated with wet wipes, sanitary towels and other household products that really should be put in the bin and not down the toilet.

“The microfibres we did find probably came from toilet tissue and laundry, and the bacteria were those we would normally associate with a sewer.”

Scientists carried out straightforward ‘macro’ analysis, where fatberg samples were melted to see what they revealed, and found they included incontinence pads, false teeth and sanitary products.

Scientists from the Greenpeace laboratory, based at Exeter’s Streatham Campus, looked at the chemical composition of the fatberg for their own analysis.

Chemicals were those found in personal care products, rather than pharmaceuticals or pesticides.

Crucially, they also found no evidence of harmful viruses or bacteria – offering reassurance given the importance of Sidmouth’s bathing waters to the local community and tourists alike, said scientists.

Nicky Cunningham, manager for the Centre for Resilience in Environment, water and waste, said: “The results indicate that there isn’t a single contributing factor or demographic responsible for this fatberg coming to being. However, given the environmental risk associated with sewer blockages, we all need to make sure that we aren’t putting the wrong materials down the sink or the toilet.”

South West Water’s director of wastewater, Andrew Roantree, said: “Although we deal with around 8,500 blocked sewers every year, the Sidmouth fatberg was by far the largest discovered in our service history.

“We wanted to learn as much as we could about it, how it was created and what it was made of to help us avoid further fatbergs in future.

“The results confirm our suspicions, that fat and non-flushable products such as wipes are the main culprits, and that fatbergs are a consequence of the individual and collective impact that our behaviour has on our environment.

“We will be using these results to help us education, inform and change the behaviours of people in terms of what they are putting down the toilet and sink. That’s not just applicable to Sidmouth, but across our region.” 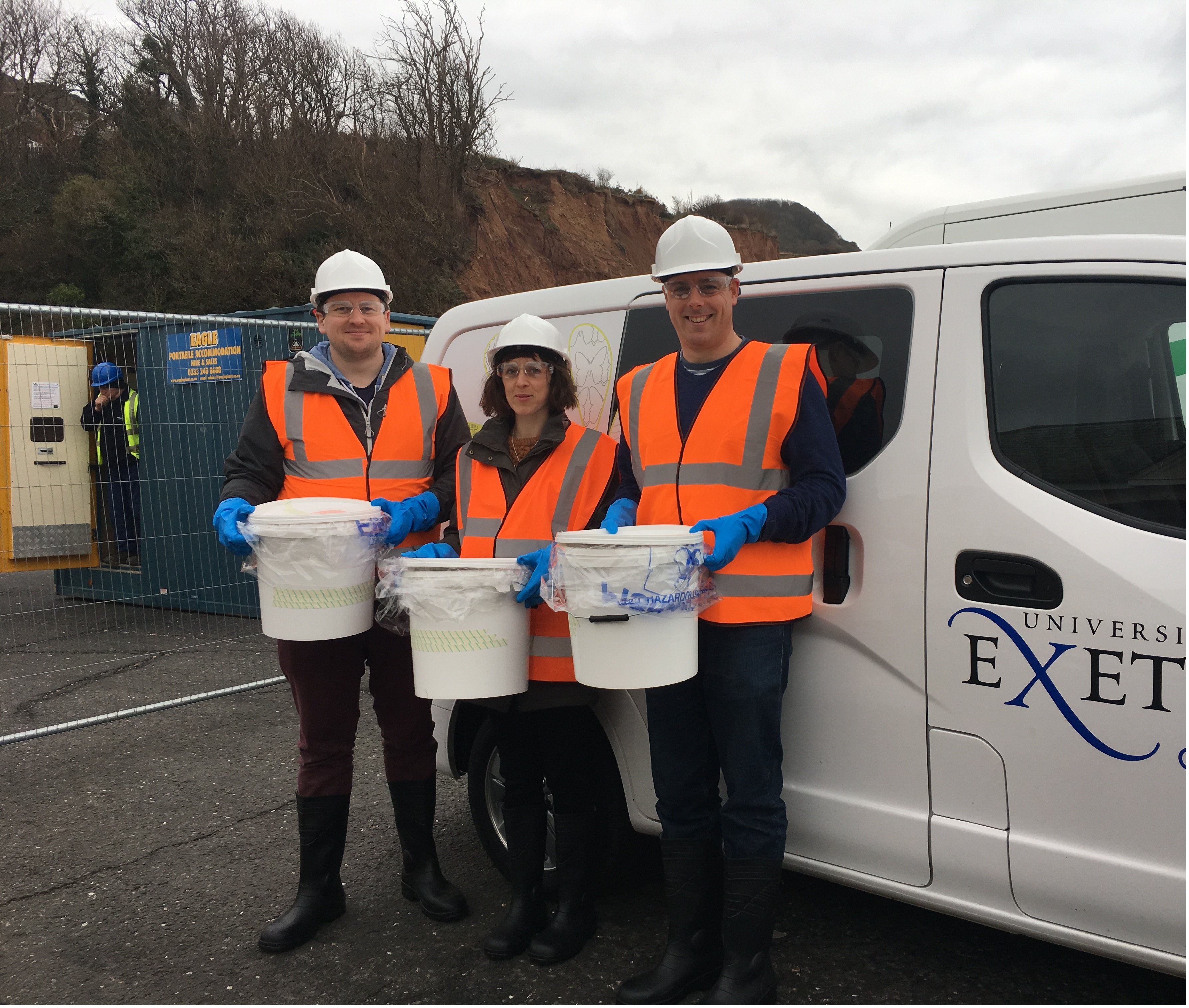 Samples were taken from Sidmouth’s fatberg for analysis 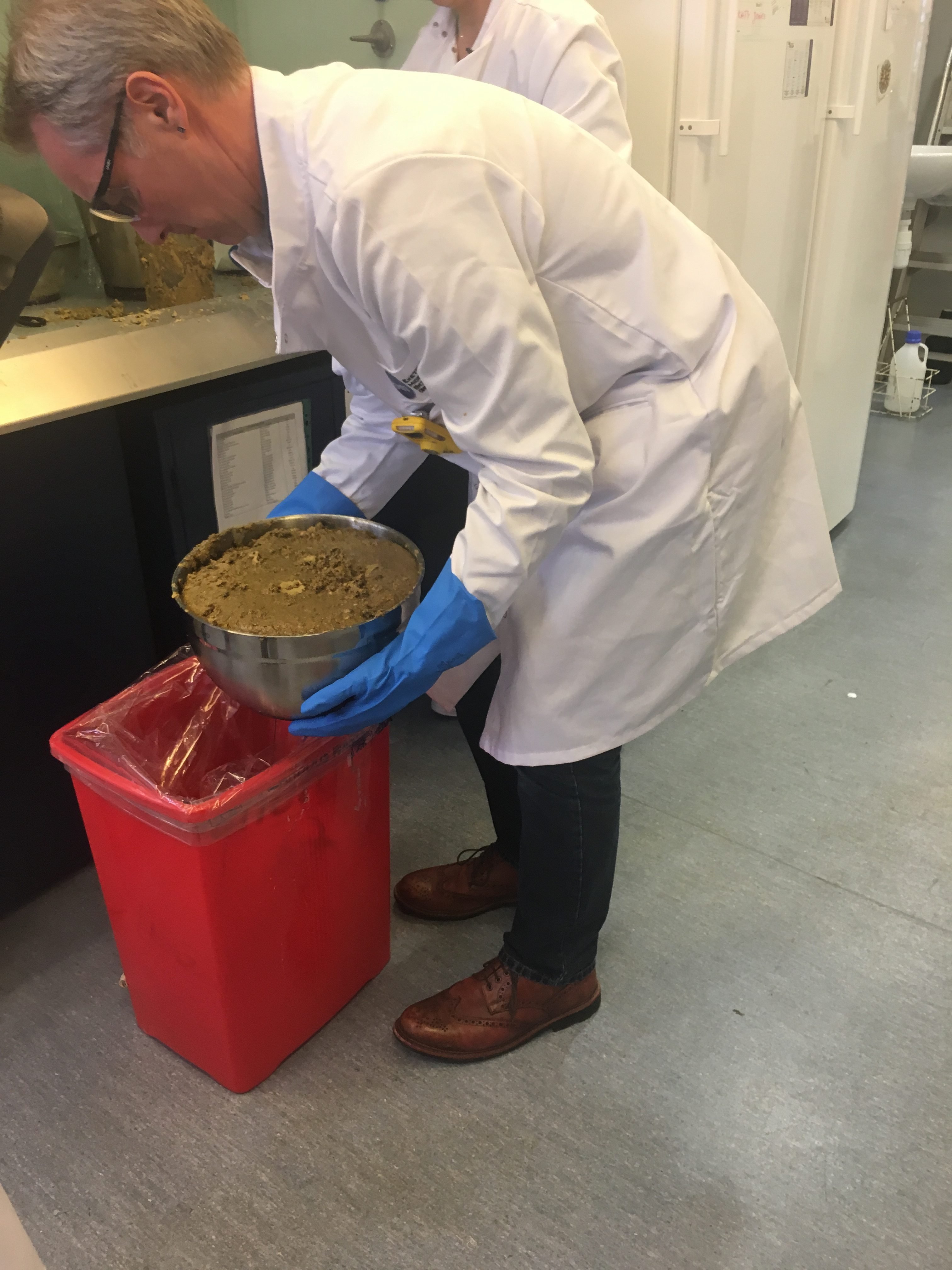 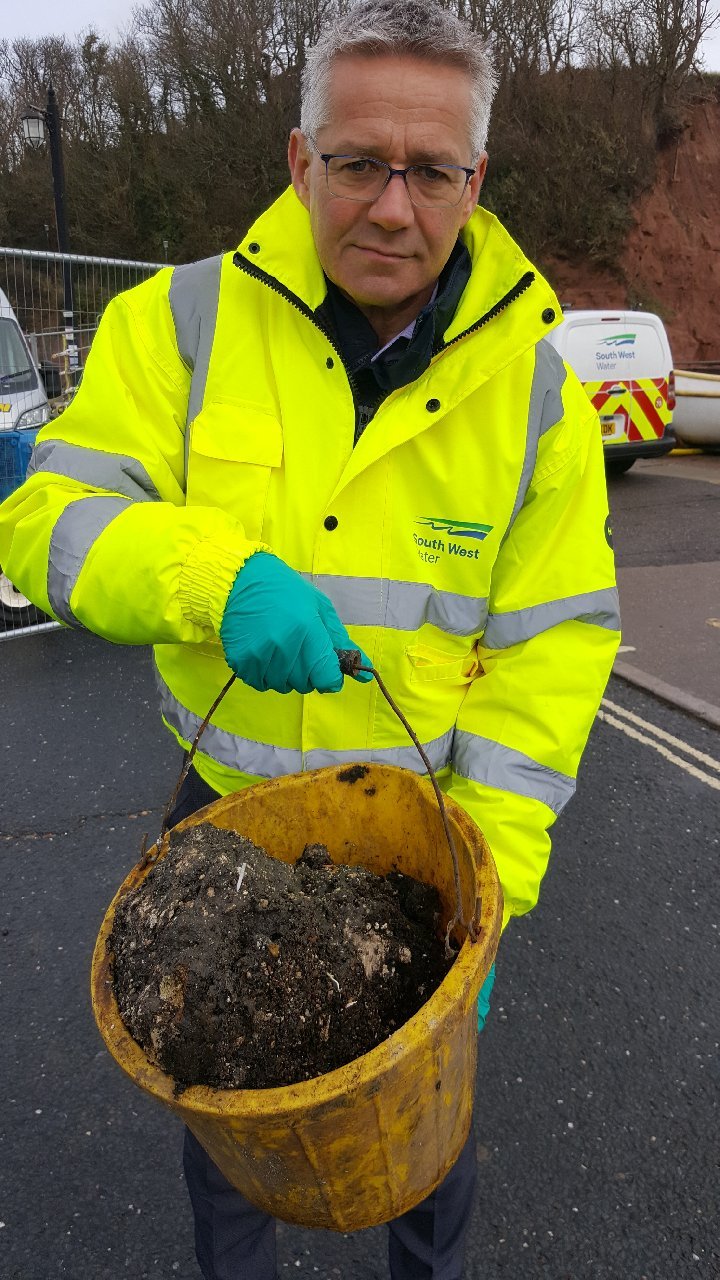 The fatberg beneath Sidmouth’s seafront was discovered in December 2018.