Saturday, June 25
Trending
You are at:Home»News»East Devon»Branscombe»Landmark Branscombe country hotel on the market

The Bulstone Hotel, on the fringes of Branscombe, is for sale with a freehold asking price of £795,000.

A substantial detached country hotel, which has been in the same ownership for more than two decades, it is set in around 3.5 acres.

Located in a sought-after Area of Outstanding Natural Beauty, the hotel was originally a farmhouse and is believed to date back, in parts, to the 16th Century with major extensions completed in 1989. 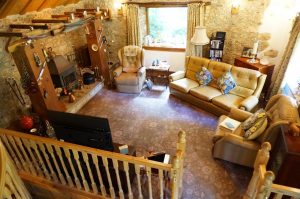 A spokesperson for property specialists Stonesmith, which is marketing the hotel, said: “The Bulstone Hotel has been in the same ownership for the last 23 years.

“However, due to ill health and a recent bereavement, the opportunity is reluctantly offered for sale.

“The business has traded as a hotel catering specifically for families with young children and was originally designed and equipped as such.

“In recent years, our client has restricted the trade to bed and breakfast only, from just seven of the letting suites with the remaining six letting units currently not in use.

“Tremendous potential exists for incoming purchasers to improve the property and develop a style of trade to suit their own requirements.”

Providing up to 13 letting units, the hotel currently trades on a bed and breakfast only basis.

It has a residents’ lounge, family room and dining areas, a kitchen and various offices.

The hotel also has a three-bedroom owner’s apartment. It boasts parking areas for around 30 vehicles, extensive woodland and lawned areas and The Old Cider House, a barn conversion providing additional owner’s or staff accommodation.