Friday, August 19
Trending
You are at:Home»News»East Devon»Beer»Giving away Beer’s ‘family silver’ for free will save district council cash

Assets owned by East Devon District Council in Beer are set to be transferred to the parish council in a bid to save cash.

The district council’s cabinet on Wednesday night agreed to transfer a number of assets, worth around £315,000, for the parish to run. 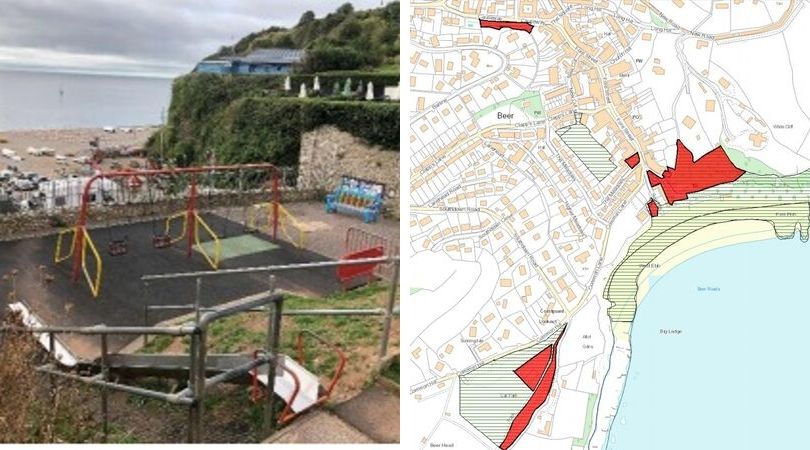 East Devon District Council will retain responsibilities over the beach, the cliff, the majority of Beer Head Car Park, the bottom section of beach access road and the Central car park.

These assets are not a priority for East Devon, but they are for the village, and we are happy to take on the responsibility of doing so and to generate something from the village…

Beer – named England’s best village in a Channel 4 competition in 2018 – will be able to use the assets to benefit the community.

Tim Child, Senior Manager – Property and Estates, told the cabinet that the assets cost the district council £55,000 a year, over and above any income that they generate, and over a ten-year period there would be savings of around £300,000 to East Devon.

He said: “There are challenges for the parish council to make the business case stack up but they have provided us with confidence that its stacks up.

“If they fail to start generating additional income there is a risk that the public use of these assets might be compromised. That said, opportunities to generate this income exists, and the parish council are prepared to accept this risk for the greater good of Beer and to deliver their vision.”

Cllr Geoff Pook, who is the chairman of Beer parish council as well as the portfolio holder for asset management, and who has driven the pilot, said that the parish council has a track record of taking over asset and enhancing them.

He said: “These assets are not a priority for East Devon, but they are for the village, and we are happy to take on the responsibility of doing so and to generate something from the village.

“There are opportunities for the village and it will save money for the council.

“The opportunity for the community to use them for the best advantage. It is quite likely that we have the know how to use them because we live with them every day.”

But concerns were raised by opposition councillors over the proposals, with Cllr Paul Arnott, leader of the East Devon Alliance, saying: “I think as a council we have a duty of care to the people of Beer to make sure we are not passing onto them a liability they do not need.”

Cllr John Loudoun added that this wasn’t selling the family silver but was giving it away for free.

He said: “This is not a pilot but a new direction of travel and once we have got rid of the assets, we won’t take them back and who knows what will happen. You need to think about what we are doing.”

Speaking to the leader of the council, Cllr Ben Ingham, he said: “You will become the Margaret Thatcher of East Devon and I don’t wish you to go into the next election with a handbag in your hand.”

Cllr Geoff Jung though said this was not selling the crown jewels but passing them to those who care about the community, and Cllr Pook said that the parish council would look to maintain the services that are being passed to them.

The Parish Council would have flexibility to sell, sublet or assign provided that any financial returns are reinvested in the Beer community and that the uses remain broadly for public enjoyment and benefit and that the key services remain in some form.

Cllr Pook said that as Beer depends on tourism there was no question of them no longer having public toilets.

The transfer of assets to Beer parish council was backed by seven votes to one, with Cllr Pook abstaining, by the cabinet.

The responsibility for agreeing detailed terms and conditions for the freehold or long leasehold transfers will be delegated to the council’s Deputy Chief Executive in consultation with the Strategic Leads for Finance and for Governance and Licensing.

Beer was named as the runner-up in a Channel 4 competition in 2018 to be named the best village in the UK, losing out to Broughshane in Northern Ireland, thus making Beer England’s best village. 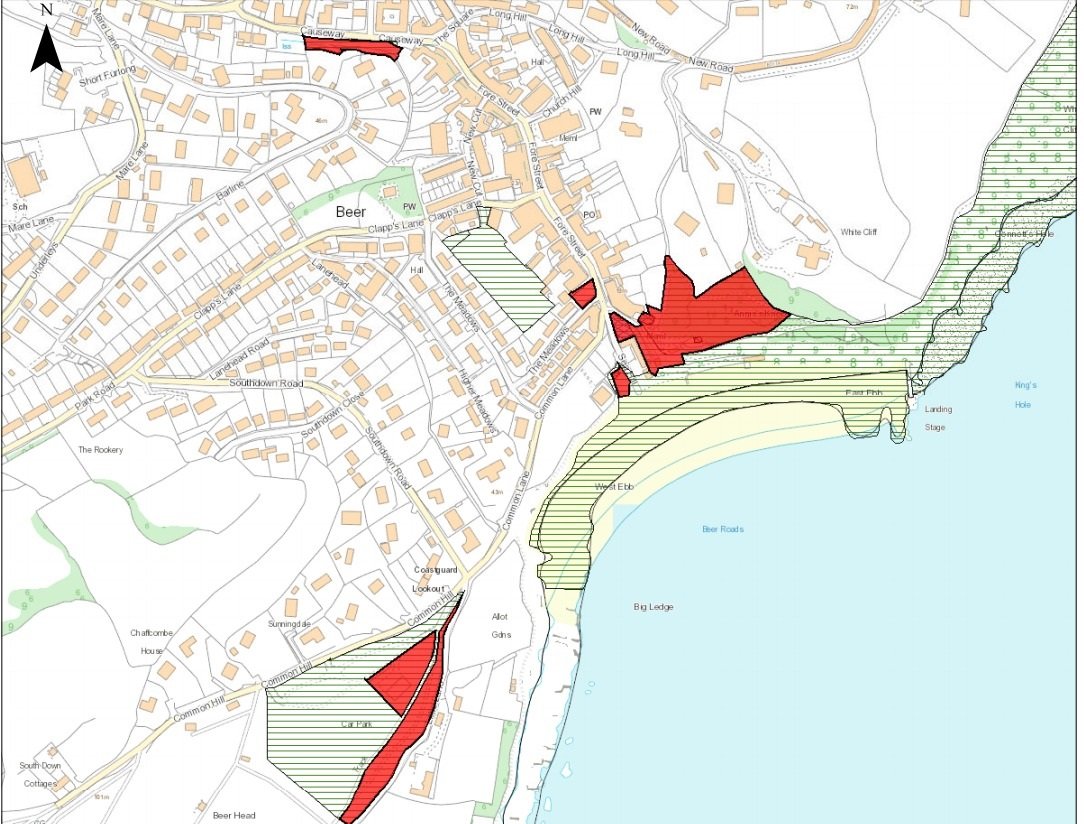 The map shows the areas of the assets to be transferred. Photo: EDDC.