Swiss-born painter Paul Klee once famously described drawing as ‘taking a line for a walk’ – Exmouth artist Mike Reece takes his dog for a walk when looking for inspiration.

Truck driver Mike, aged 39, of Danby Terrace, has been overwhelmed by the recent reaction to his digital drawings of Exmouth.

The self-taught artist said he was ‘knocked off his feet’ by praise for his urban images of Exmouth after ‘nervously’ sharing his work on social media.

Until recently, married dad-of-two Mike worked on pet portrait commissions but within 24-hours of sharing his drawings of Exmouth, he was booked for three ‘big’ assignments and had interest from galleries.

Mike, who takes Jack Russell Max on his walkabouts of Exmouth, said: “It stems from walking the dog really. I have a fascination with photography. I try to find the best angles, that’s what I do when I walk the dog. If I see something I like, I take a photo and then I want to see how it looks on paper.

“People have been asking me about my style and technique. I never went to art school. I have just doodled since I was 10 years old.

“I like learning techniques from other artists, but I just want to do them my own way. I want to see how it looks on paper.

I try to find the best angles, that’s what I do when I walk the dog. If I see something I like, I take a photo and then I want to see how it looks on paper…

When Mike is at home he likes to doodle and sketch, transforming familiar spots around Exmouth into works of art.

“I work full time but when I have a few minutes spare I get on it – then screw it up and do another one.

“I am typical artist. It just drives me nuts. Someone will look at what I’ve done and say they love it but if it’s one millimetre out, it will ruin it for me.”

As well as digital art, Mike is currently working on The Famous Old Barrel in oil on canvas

His decision to share his work publicly was to ‘gain an insight’ into public opinion, but the favourable reaction has led to Mike securing several new creative projects and begin building a website.

“It’s just gone mad,” said Mike. “It’s something I have been doing for 25 years but always for myself. I thought I would just see what people thought of it since I live locally, and within twenty-four hours I got three big jobs.

“I had created a Facebook page but never really showed anyone. I just added stuff to it. Now I am building a website.

“If somebody wants to buy my stuff, even if it’s only one, it would be brilliant.” 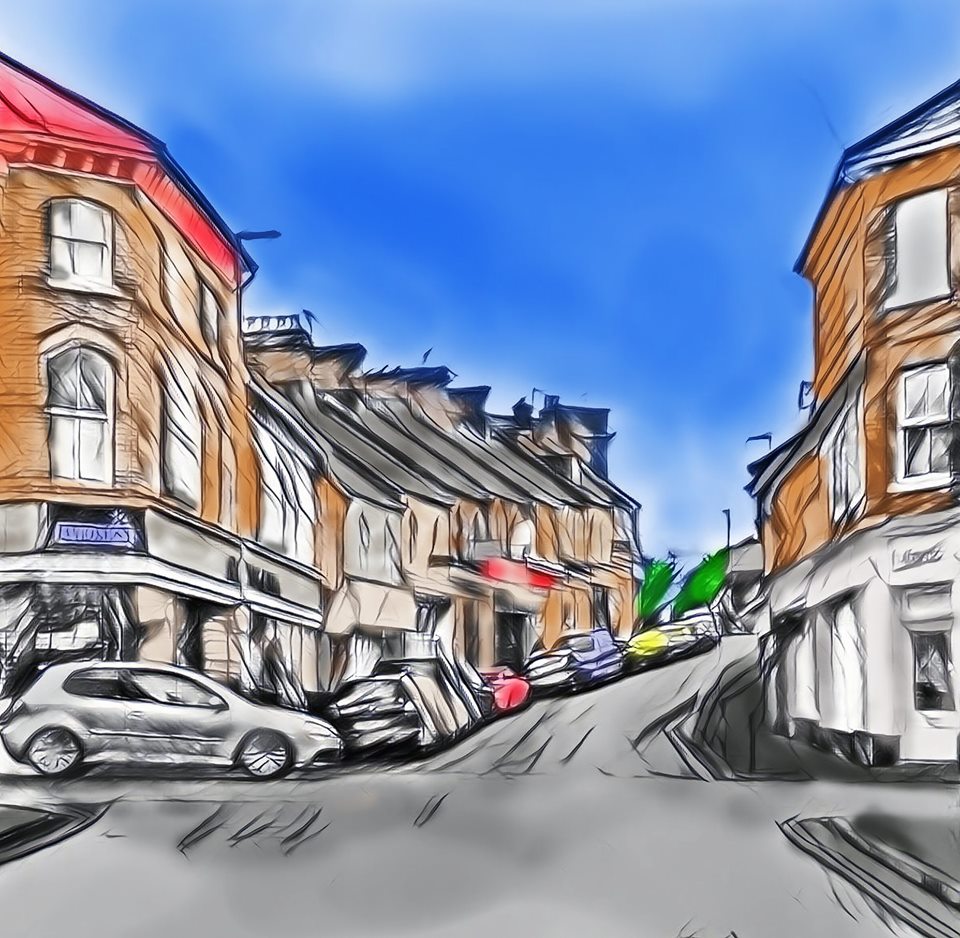 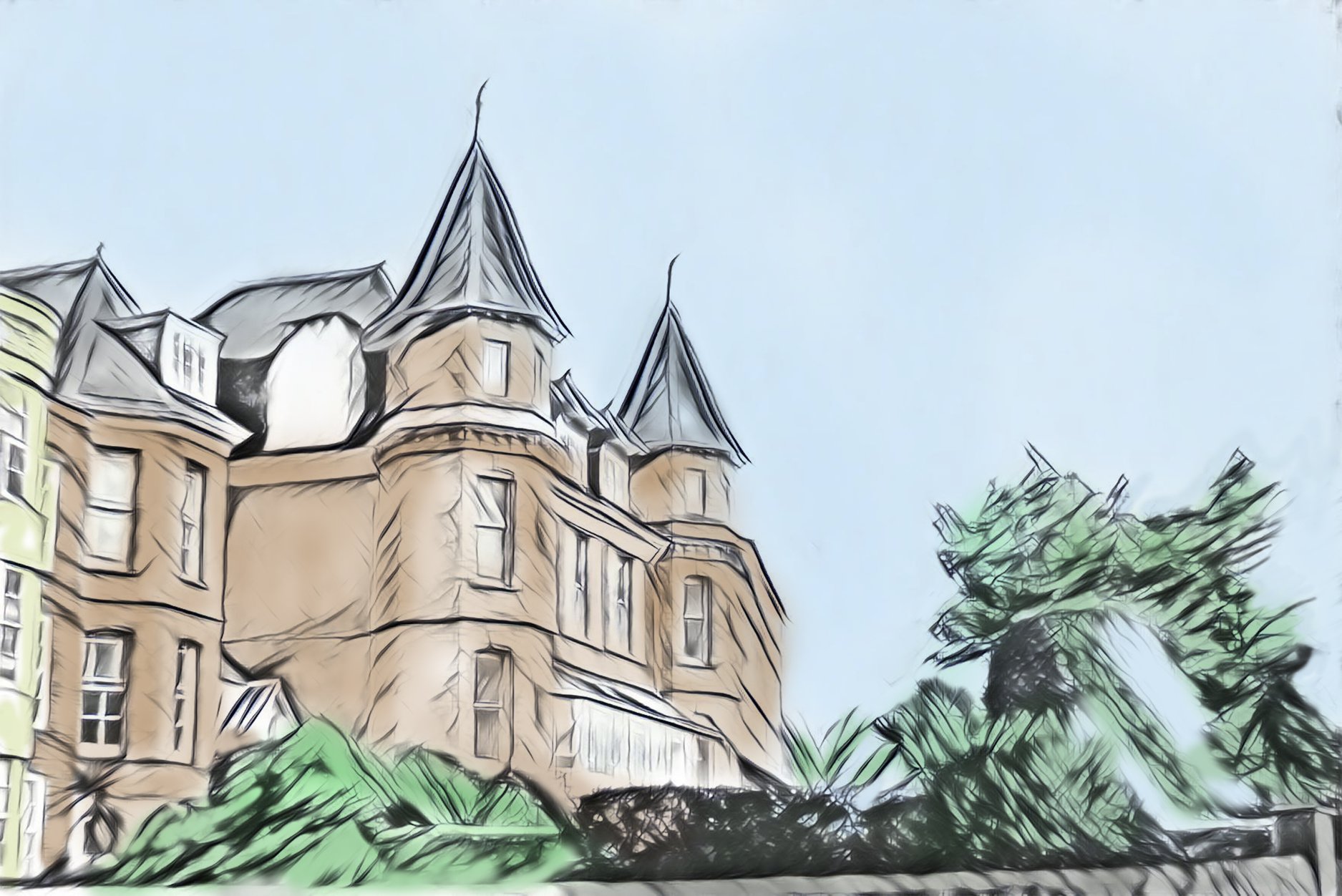 Trefusis Terrace, in Exmouth, by Mike Reece.
With permission. 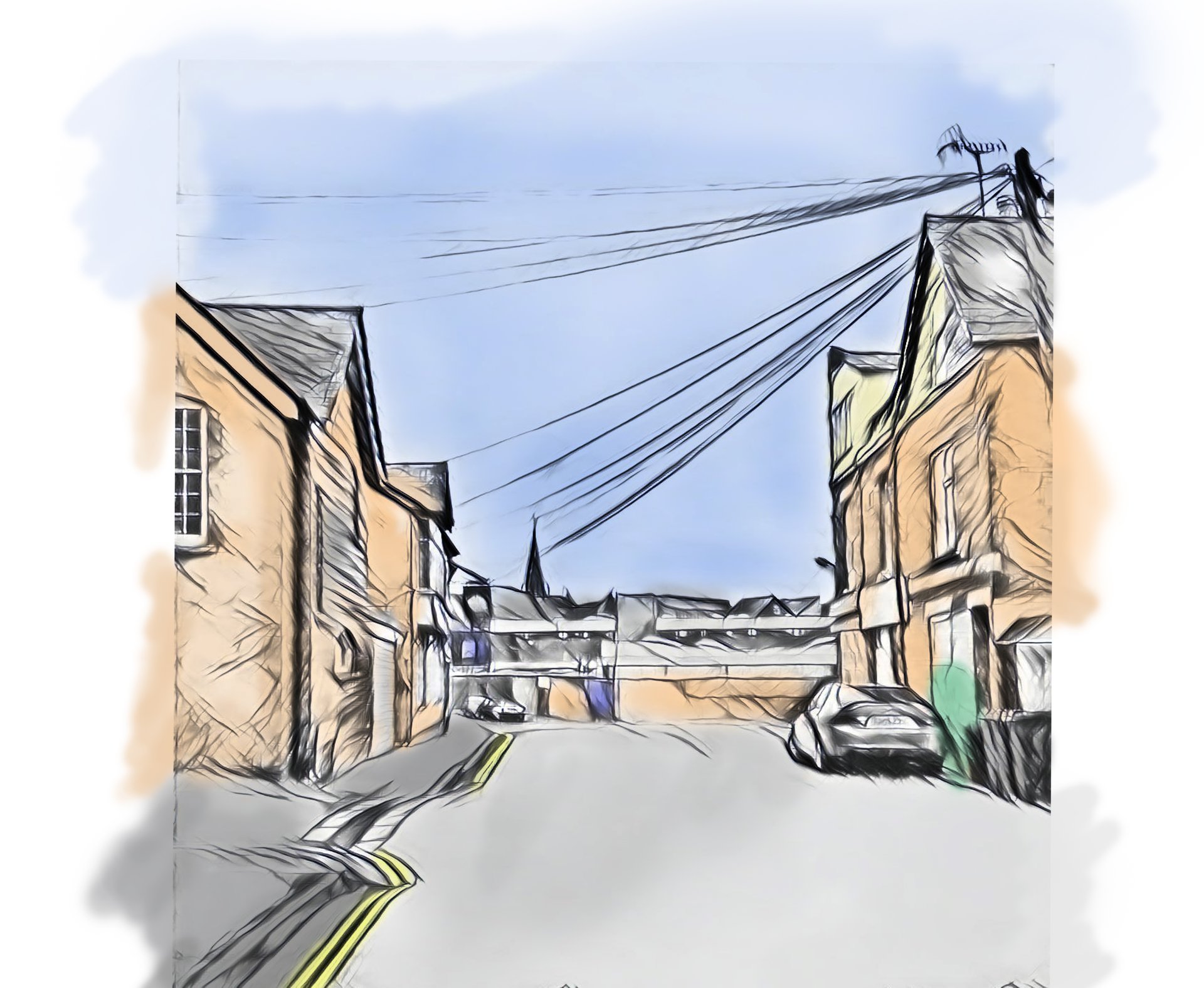 Mike Reece’s drawing, inspired from taking his dog, Max, on walks around the town. With permission. 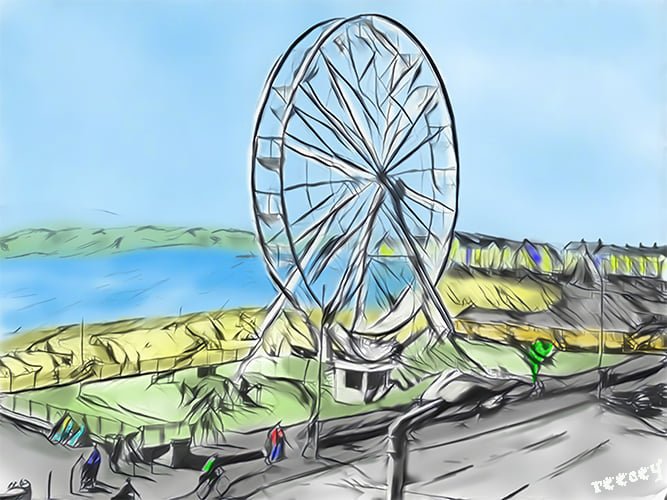 Mike Reece’s image of the Exmouth eye.
With permission.