Tuesday, June 28
Trending
You are at:Home»News»Honiton»Mum’s walk raises awareness and over £800 for Honiton kidney unit

Live kidney donor Carole Lock has presented the Kidney Unit at Honiton Hospital with a cheque for more than £800.

The money was raised at a well-supported family-friendly walk around Honiton and through generous donations.

Carole, 57, organised the walk to celebrate the first anniversary of her operation – which saw one of her kidneys go to son Joe, 27. She also wanted to raise awareness about the importance of live transplant donors, pointing to how well she has been since the op. 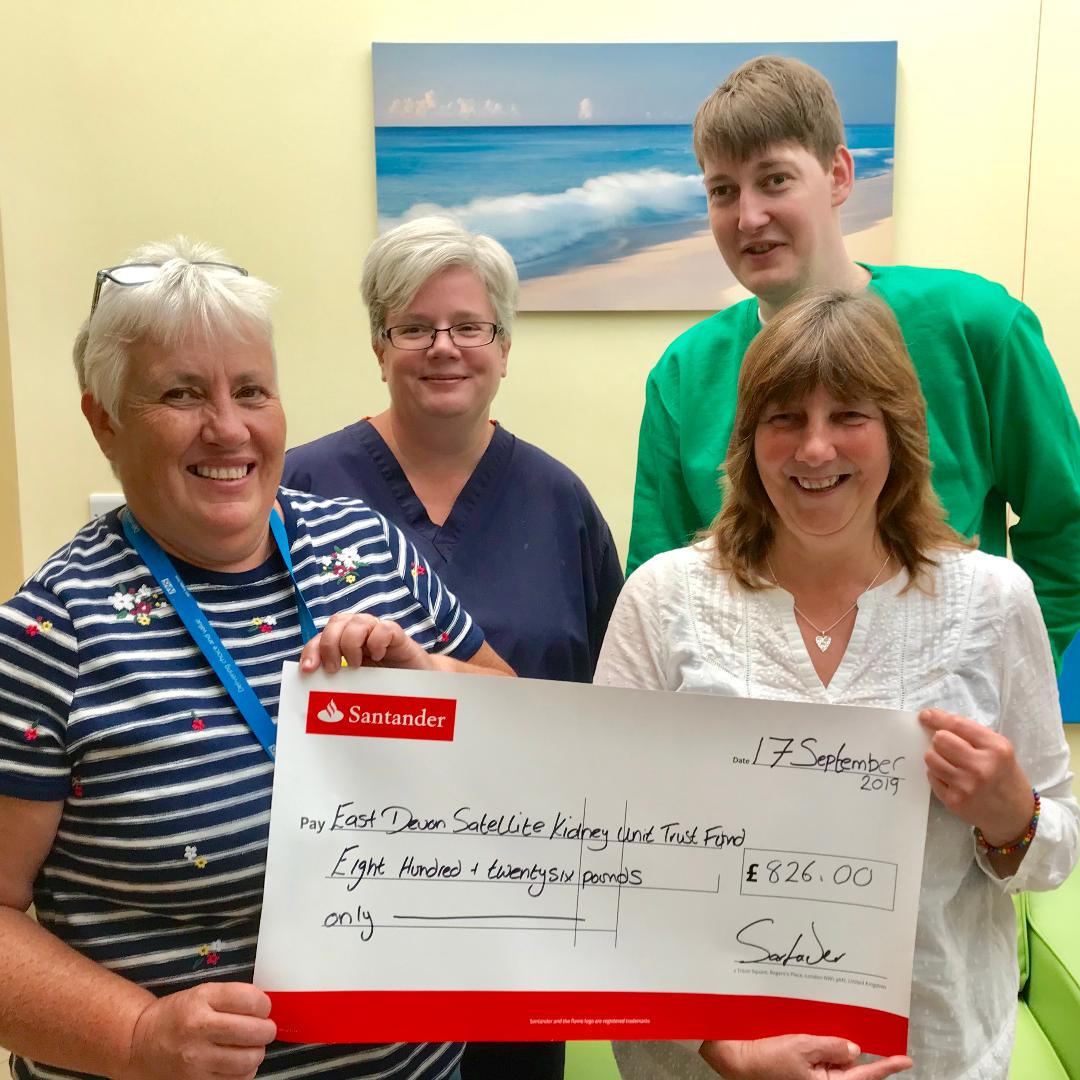 Ali (Matron) and Andrea (Ward Sister) receive the cheque from Carole Lock and her son, Joe. Photo by Honiton and Village News

More than 90 people turned out to take part in the walk, which ended with cakes at The Honiton Inn.

Carole, of Awliscombe, told East Devon News.co.uk following the event: “I wanted to celebrate in some way and thought it would be nice to do something with the village. Everyone has been so kind, pulling together with a real community spirit.”

Among those to support the fundraiser were other live organ donors just like Carole, including Richard Salisbury of Honiton, and a number of people who are alive today because of transplants.

The cheque was presented to staff at the East Devon Kidney Unit at Honiton Hospital.

The photo for this story was kindly taken and supplied by Honiton and Village News, the FREE monthly magazine for Honiton and surrounding villages.