A student whose research into a 17th century Devon knot garden has been described as ‘outstanding’ is the winner of Fairlynch Museum’s prestigious Angela and Tony Colmer Prize for 2019.

Dan Brock, a third-year archaeology student at the University of Exeter, won praise for his dissertation on the geophysical survey of the knot garden in the grounds of Old Forde House near Newton Abbot.

Dan headed a team which used state-of-the-art equipment to try to discover previously unknown buildings or structures buried underground beneath Old Forde House and in the grounds.

The project was an opportunity for members of the public to get involved with the research process and attracted the attention of several local media outlets, including BBC Radio Devon and Devon Live.

Old Forde House is Grade I listed and currently home to Teignbridge District Council. The original house was built in the mid-16th century and added to later. King Charles I stayed at the house overnight in 1625 on his way to Plymouth.

In 1646 during the Civil War, it gave shelter to Oliver Cromwell and Colonel Fairfax. William of Orange stayed there in 1688 on the way to his coronation in London having landed in Brixham a few days earlier.

The £100 prize, awarded annually by Fairlynch Museum in Budleigh Salterton to a student of archaeology at the University of Exeter, was set up in honour of benefactors Tony Colmer and his wife Angela. 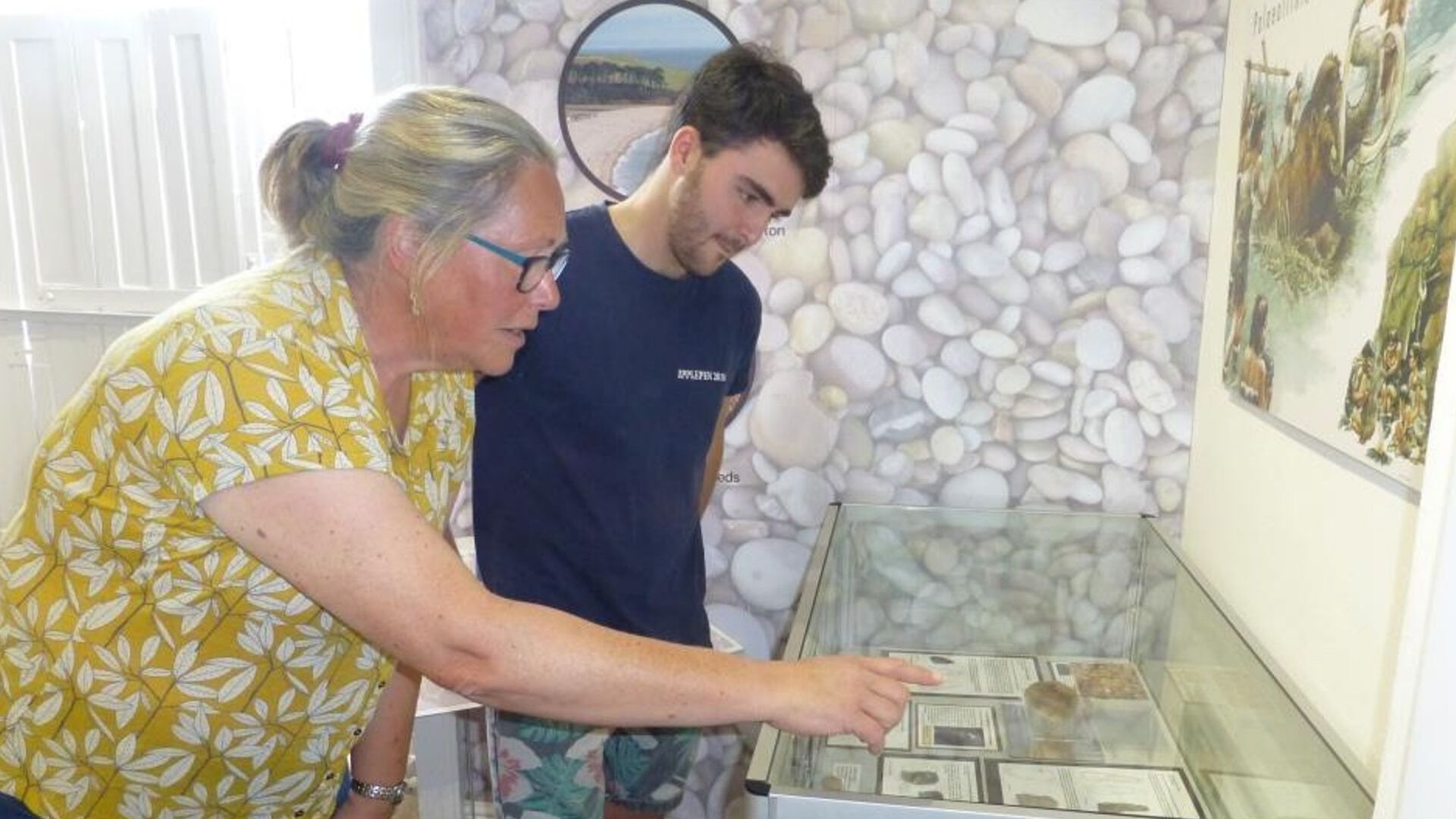 Fairlynch’s Head of Archaeology Jan Oke shows Dan some of the items in the Museum’s collection.