Tuesday, June 28
Trending
You are at:Home»News»Campaign»‘Exmouth fire station has got to be kept open and I will lead a march’, says 88-year-old campaigner

An 88-year-old life-long champion of Exmouth has vowed to lead a protest march if the town’s full-time fire cover is cut.

Alderman David Scott was so moved by Devon and Somerset Fire and Rescue Service’s (DSFRS) ‘criminal’ proposal to downgrade Exmouth’s 24/7 fire cover to on-call at night, the retired councillor attended town council talks on the Safer Together consultation.

For goodness sake don’t let them put Exmouth on a day-only basis. I think that’s criminal…

He said slashing support staff, not frontline firefighters, would save money and make the service more efficient.

His comments come with just days left to take part in the DSFRS consultation, which ends on Sunday, September 22.

Devon and Somerset Fire and Rescue Service (DSFRS) is canvasing Devon and Somerset residents until Sunday about a range of options to save the service money, including station closures, slashing crewing hours and ‘switching off’ fire engines.

Mr Scott, who was chairman of Exmouth’s town committee from 1981 until 1984, and served on East Devon District Council from 1974 until 1999, called for a task force of ‘experience and expertise’ to fight the proposals.

Alderman Scott, of Dray Court, who has lived in Exmouth since 1963, said the cost of DSFRS office staff should be reviewed.

He said retired Devon and Somerset Fire Authority chairman Bernard Hughes, who was succeeded by Councillor Sara Randall-Johnson would ‘put them right’. 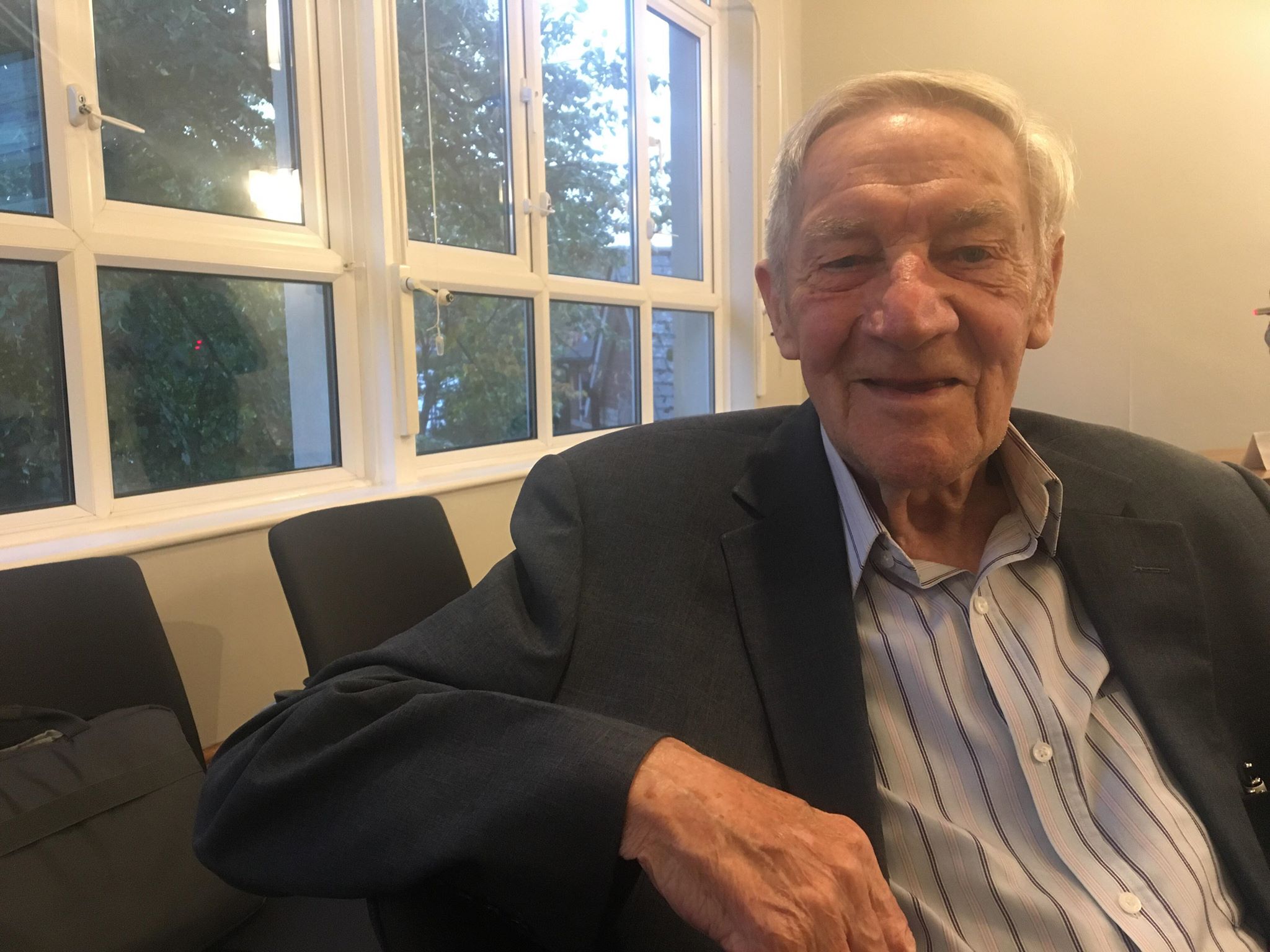 Alderman David Scott spoke at Exmouth Town Council when talks were held on the fire service’s Safer Together consultation.

The fire service said its support roles were ‘vital’ in delivering frontline service, adding ‘without these support service, our organisation would not work’.

Savings made through Safer Together cuts, closures and changes would be reinvested in supporting communities to be safer, through prevention and protection, the fire service said.

Alderman Scott said: “I can understand the Chief Fire Officer needs to make savings – close Topsham and close Budleigh, they are so near to Danes Castle (fire station) but for goodness sake don’t let them put Exmouth on a day-only basis. I think that’s criminal.

“Exmouth has got to be kept open and I will lead a march to let them know about that.

“I think there should be another option and have a look at the cost of fire headquarters and staff as well.”

Alderman Scott made his views of DSFRS cost-cutting proposals known to Exmouth Town Council during public speaking time of an extraordinary meeting held specifically to discuss the DSFRS consultation.

He said: “When I was first elected many years ago, we had to cut down at East Devon and I named the committee ‘The Butchers’.

“They cut down, and where they had a chief housing officer, a chief environmental officer – they were all chiefs and there were no indians so  they put two departments together, had one chief and one deputy and we had more efficiency than ever before.

“I would like to make a suggestion, that we ask them to have an action working party and bring some of the ex councillors and one comes to mind, Councillor Bernard Hughes.

“He was chairman of the Fire Authority for donkey’s years. With his experience and expertise, he’d put them right.”

The decision on DSFRS’s proposed plans will be made by the Fire Authority in November and any agreed changes will start in 2020. 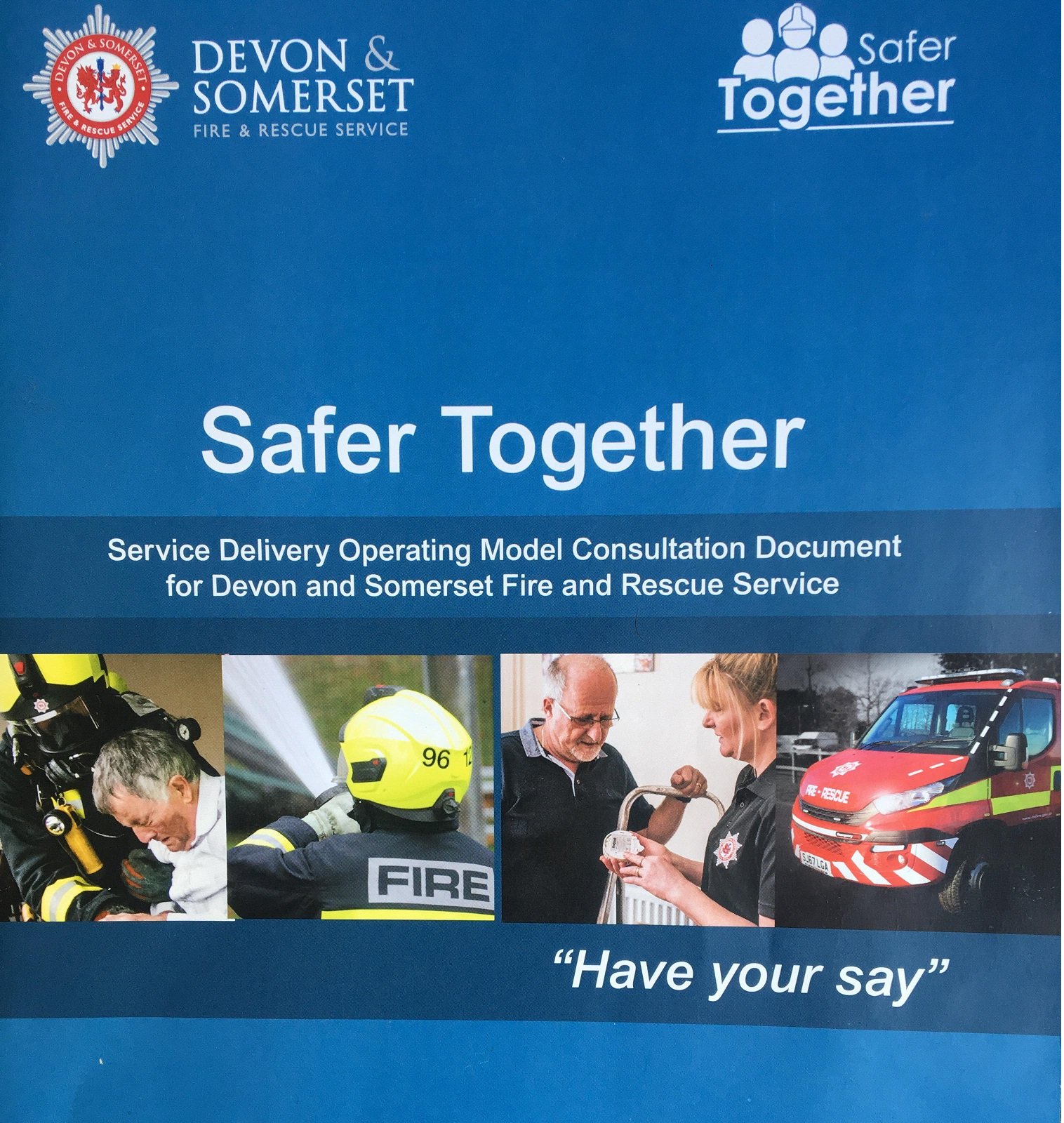