A popular Exmouth pub’s revised plans for an outdoor bar have won the backing of town councillors at the third attempt.

Proposals for The Grove on the Esplanade have twice been amended after concern was raised the scheme would ‘compromise’ the town’s £12million tidal defence scheme.

Young and Co’s Brewery wants to build a new a new external bar and associated cellar in its front garden as part of a revamp of its outdoor spaces.

This includes four beach huts which would act as covered seating areas.

Existing grassed areas are set to be removed with Astroturf laid as part of the project – with festoon lighting doubling as a seagull deterrent.

Exmouth Town Council twice objected to previous plans in June over concerns of the affect they could have on the tidal defence scheme.

The Environment Agency (EA) said previously it would have ‘serious consequences’ on its multi-million pound project- with flood gates to be installed in the area.

The meeting heard ‘extended talks’ saw plans amended so their layout accommodated the flood gates for the tidal scheme.

Councillors heard the applicant had ‘done what we’ve asked them to’.

East Devon District Council will now decide the fate of the application. 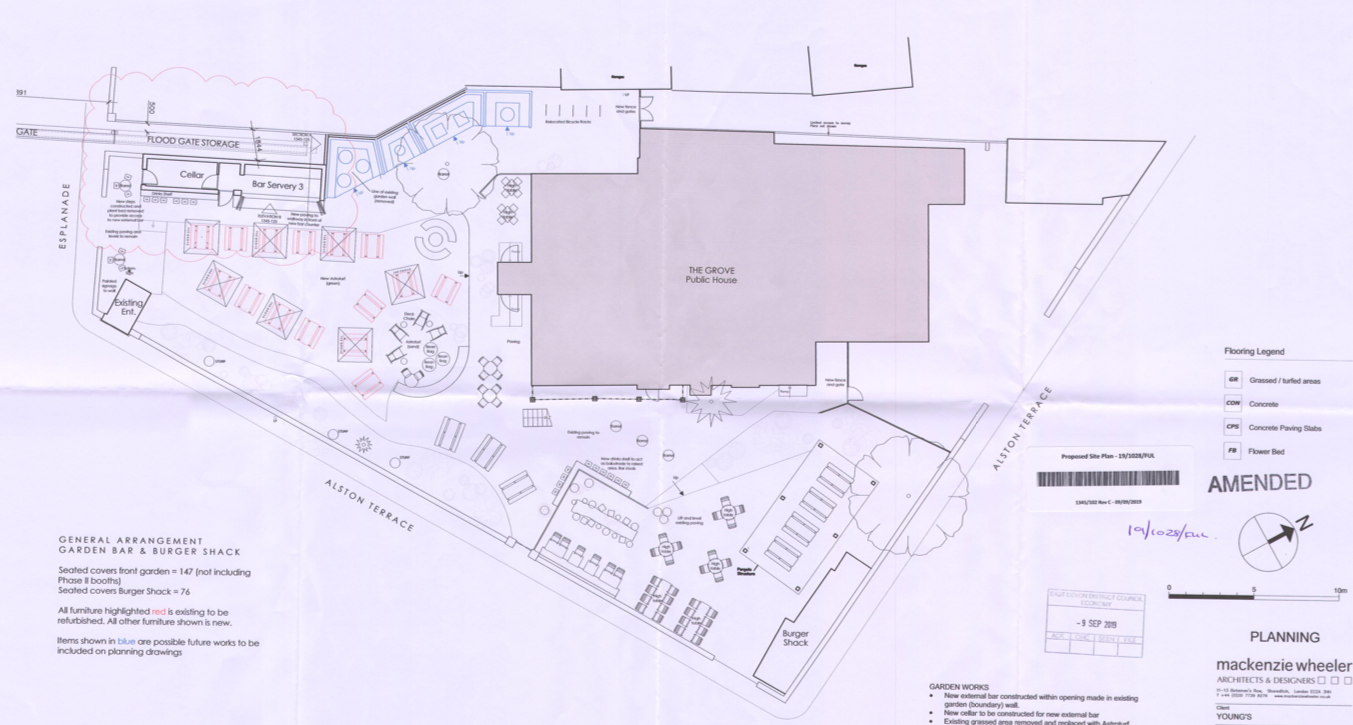 Plans for The Grove in Exmouth