Thursday, June 30
Trending
You are at:Home»News»Exmouth»Town council’s show of strength for ‘brave’ bid to turn Exmouth church into a gym

Town councillors have backed a ‘brave move’ to turn an Exmouth town centre church into a gym.

Proposals for Tower Street Methodist Church were hailed as a ‘wonderful idea’ when debated this evening (Monday).

Applicant Shaun Springs, of East Budleigh, is seeking a change of use so the Grade II Listed holy landmark can become a fitness hub.

We’ve got two or three gyms in the town, so one more won’t hurt. I hope they do well – Cllr Brian Bailey

Councillor Joe Whibley said: “This is quite a strange one.

“I imagine it’s the sort of building that would be quite difficult to repurpose and if something like this doesn’t happen it could sit empty for some time.

“Personally, I don’t think that’s in the interests of anybody in town.

“You have a young entrepreneur who’s come up with a really interesting way of repurposing a building.

“I think it’s a fantastic idea.” 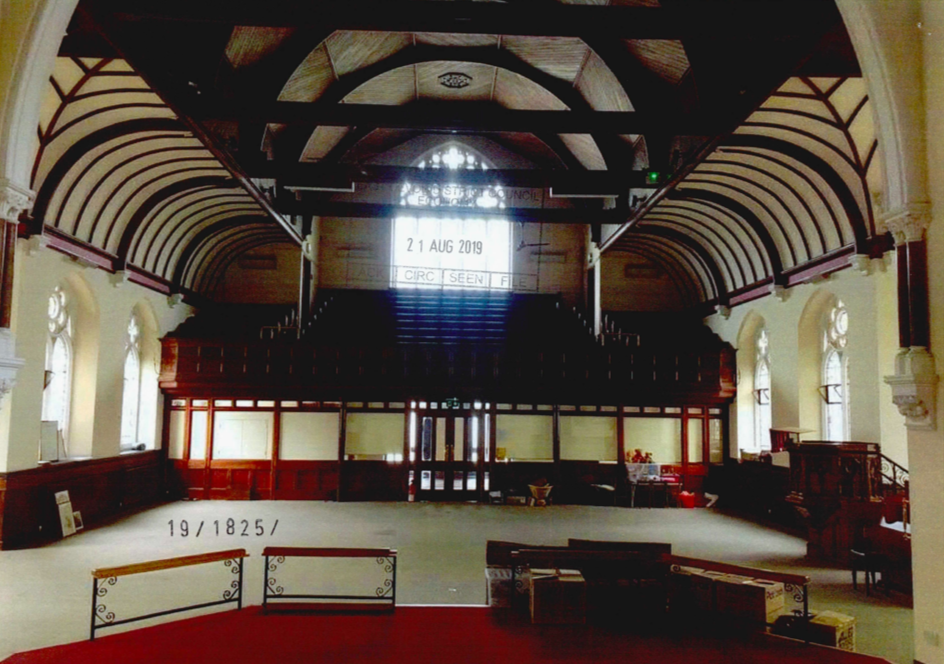 The interior of the Tower Street church in a photo from the planning application.

Cllr John Humphreys added: “I do understand that the church is listed… and I think we need to move with the times.”

He wanted to ‘make sure’ all the equipment used was ‘easily moveable’, adding: “I don’t think they should damage the interior of the church, it’s a beautiful building.”

Members also heard a ‘short-term lease for a year’ was being proposed for the gym.

The new facility would create two full-time and four part-time jobs. It would be open from 6.30am to 8pm Monday to Friday and 9am to 10pm on Saturdays, Sundays and bank holidays.

Cllr Brian Toye said: “I admire anybody taking this on because maintenance of a building like that must be enormous.

“The fact it’s going to be used and hopefully maintained is a good thing.”

Cllr Brian Bailey added: “Best of luck to them if they can make a go of it.

“We’ve got two or three gyms in the town, so one more won’t hurt. I hope they do well.”

“My immediate thought about it was about parking…well, if people are determined to go there to exercise, frankly, they should be either walking or cycling or come in on the bus.”

Members voted to support the application.

East Devon District Council will decide the fate of the plans.

The church has been marketed by Stratton Creber Commercial with a rental price of £25,000 a year.

The plans state: “The proposal will bring the existing building into effective use, ensuring its upkeep and will not cause any detrimental impact on adjoining owners or the context.”