Firefighters from Exmouth and Budleigh Salterton tackled a blaze in an outbuilding in Littleham Road until the early hours of Monday morning.

A crew from Budleigh and two crews from Exmouth were called to the former public toilet – now used by Littleham Church Sexton for groundskeeping tool storage – shortly after 11pm on Sunday, September 15, where they found the single-story building well alight.

Exmouth firefighters say the cause of the fire is still under investigation but is thought to be accidental.

Watch manager Chris Gibbs said: “The fire got up into the roof. The building was ninety per cent damaged by smoke and fire.”

He added: “Access was difficult, but crews managed to get to the building by extending and adapting their hose reel jets.”

Mr Gibbs said a closed door inside the building had been effective at holding back the fire.

Firefighters used hose jets to knock down the fire and tools to strip tiles from the roof of the building to attack the blaze and remaining hotspots from above.

Western Power was called shortly after 11.30pm because of arcing cables.

Crews used a thermal imaging camera to check for any remaining hot spots before leaving the scene shortly before 1.30am. 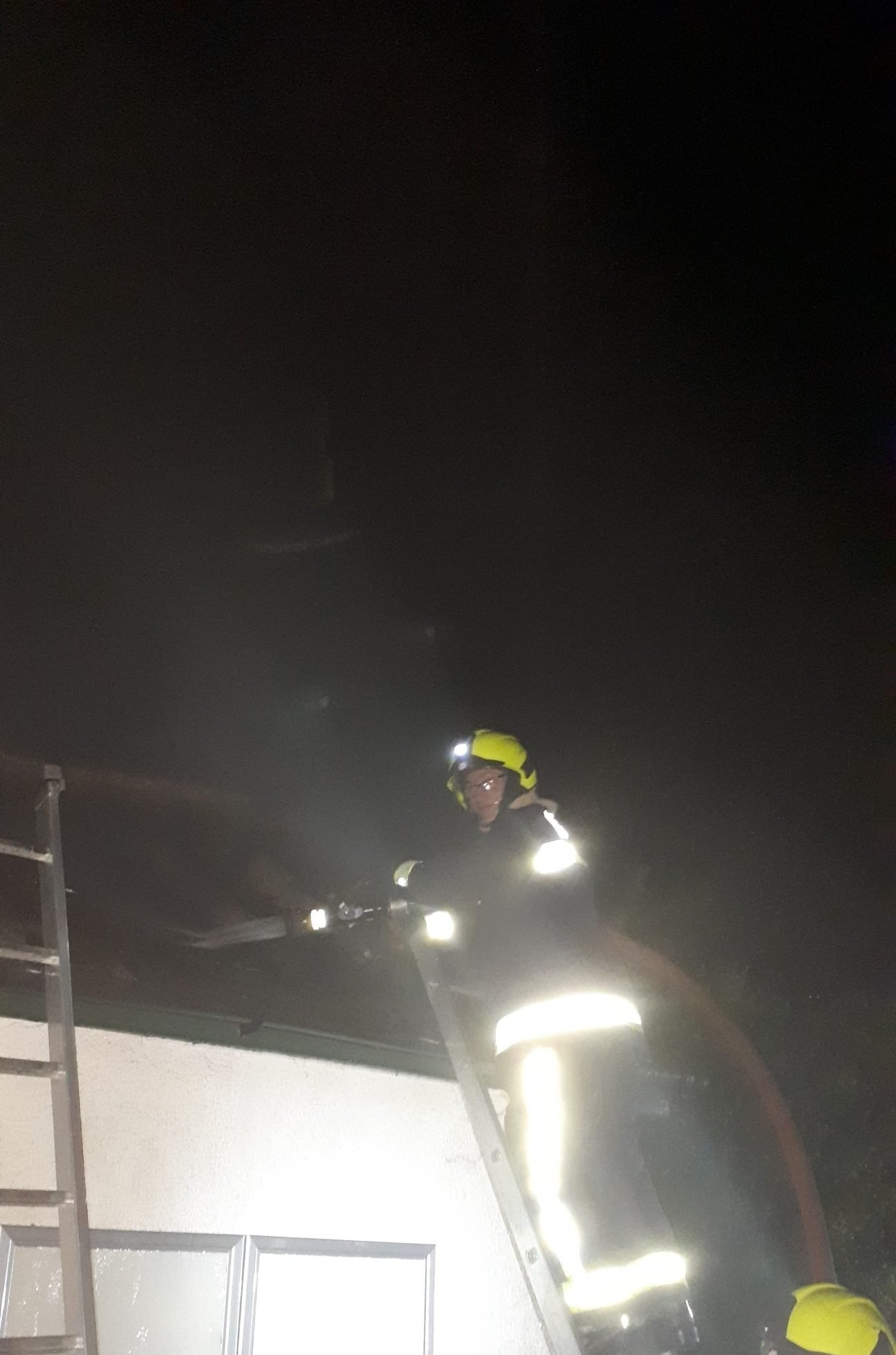 Firefighters from Exmouth and Budleigh tackled the outbuilding fire in Littleham.
Photo: with permission